Home Comparisons Comparison: Harrier Vs Hector Vs XUV500 In Their BS6 forms

With the transition from BS4 to BS6 emission norms, prices have substantially increased from variant to variant. In order to justify the price hike, manufacturers have contemplated offering some extra features in order to attract consumers while facing stiff competition from rivals. This means a fresh spec-to-spec comparison is in order. In this article, we will focus on three popular products from the mid-size SUV segment – Tata Harrier, MG Hector and the Mahindra XUV500. 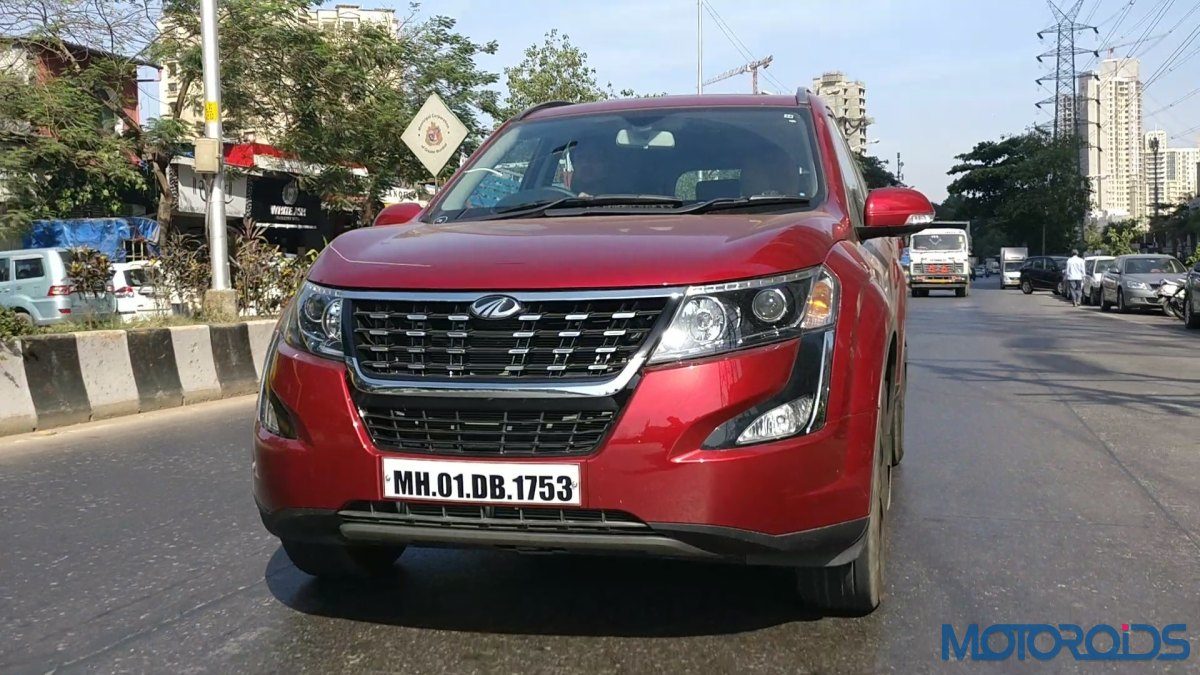 The Hector and the Harrier are powered by the same Fiat-sourced 2.0-litre, turbocharged diesel engine which generates an output of 168 bhp of power and 350 Nm of peak torque on both the SUVs. Transmission duties are carried out by 6-speed manual gearboxes on both these SUVs. The Harrier additionally offers the option of a 6-speed automatic transmission in its BS6 avatar. 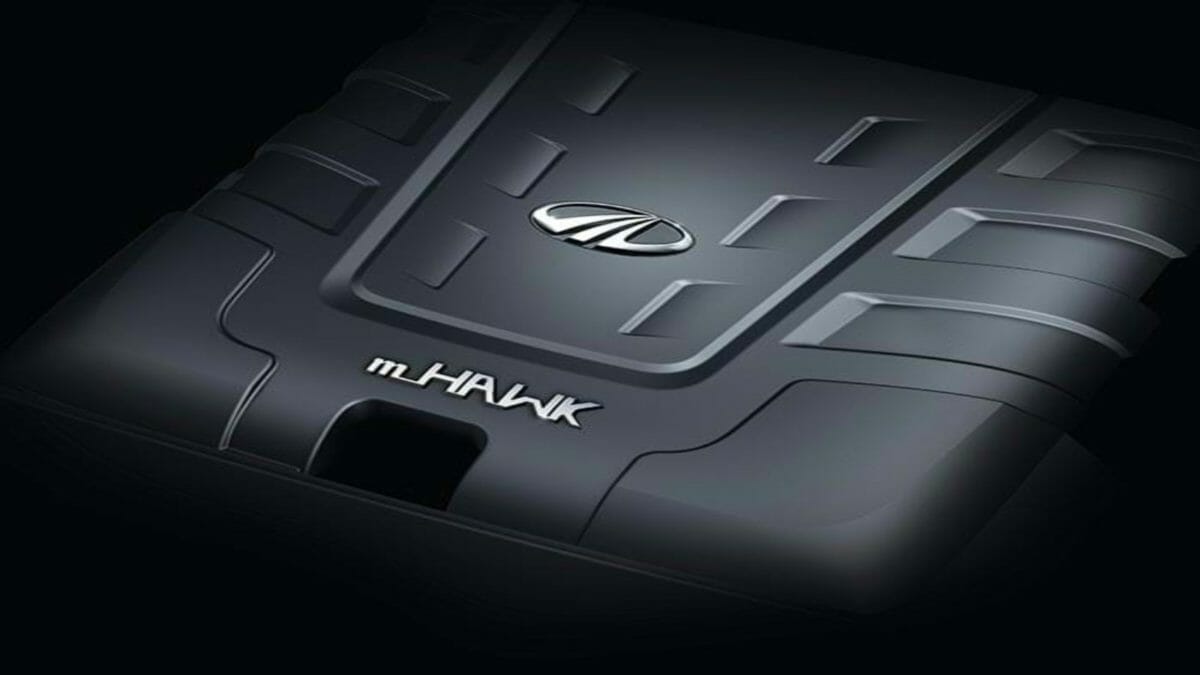 However, the Hector gets a 1.5-litre turbocharged petrol engine option as well that cranks out 141 bhp of power and 250 Nm of torque. More interestingly, it also gets a 48V mild-hybrid petrol version that is 12 per cent more efficient than the regular petrol variant. Also, it adds up to 20 Nm of extra torque. The petrol variants also get an option of a 6-speed automatic transmission as well. On the other hand, the XUV500 is powered by a 2.2-litre mHawk turbo diesel engine that generates 153 bhp of maximum power and 360 Nm of peak torque. It is mated to a 6-speed manual transmission and offers the option of an automatic gearbox with as many ratios.

The MG Hector’s interior offered a slew of segment-first features upon launch. It gets a 10.4-inch infotainment system which has over 50 connected car features. For full-time engagement, the buyers will get an embedded sim and IPv6 (Internet Protocol version 6) that will make it easy to come loaded with a 5G-sim in future. The I-SMART offers features such as the remote operation of AC on/off, door lock/unlock, sunroof open/close, honk and light flashing, find my car, and stolen vehicle tracking assistance. The list of other smart features includes vehicle security alarm, vehicle information check, real-time navigation along with various route selecting options, POI search, AI-based voice recognition, E-Call for emergency assistance and I-Call roadside assistance. Additionally, the SUV gets pre-loaded applications such as Gaana Premium, TomTom IQ Maps, AccuWeather Over the air update (OTA) for software, map data, weather updates, etc., to name a few.

Also read: This Tata Safari Video Will Rekindle Your Love For The Iconic SUV

Talking about the Mahindra XUV500 and Tata Harrier, these SUVs come loaded with features like automatic headlamps, rain-sensing wipers, six airbags on top-end variants, ABS with EBD, hill hold control, electronic stability control and rear parking camera with rear sensors. The Harrier comes with an 8.8-inch infotainment system but misses out on connected car technology. The XUV500’s 7-inch infotainment system, on the other hand, in its BS6 form gets a connected car technology from Mahindra called ‘Blue Sense App’ which can not only be accessed by a smartphone but also by a smartwatch.

The base variant of the Hector SUV gets electronic stability control, traction control, hill hold control, 3-point seatbelt, Isofix child seat anchor, rear disc brakes, front dual airbags, ABS with EBD and rear parking sensors. The Harrier in its BS6 form comes with electrically adjustable driver’s seats that can be adjusted in six ways as in the Hector and the XUV500.  Also in its updated form, the Harrier now gets auto-dimming IRVM like its MG counterpart.

MG Hector, however, misses out hill descent control that is available on Tata Harrier and Mahindra XUV500. On the other hand, apart from XUV500, both its rivals come packed with traction control. A 360-degree camera, 7-inch digital coloured instrument cluster, front parking sensors, heated outside rearview mirrors ORVMs and 8-colour ambient lighting are a few more impressive features of MG Hector. The Harrier in its BS6 avatar, like the Hector, gets a panoramic sunroof whereas the updated XUV500 gets a single electric sunroof. 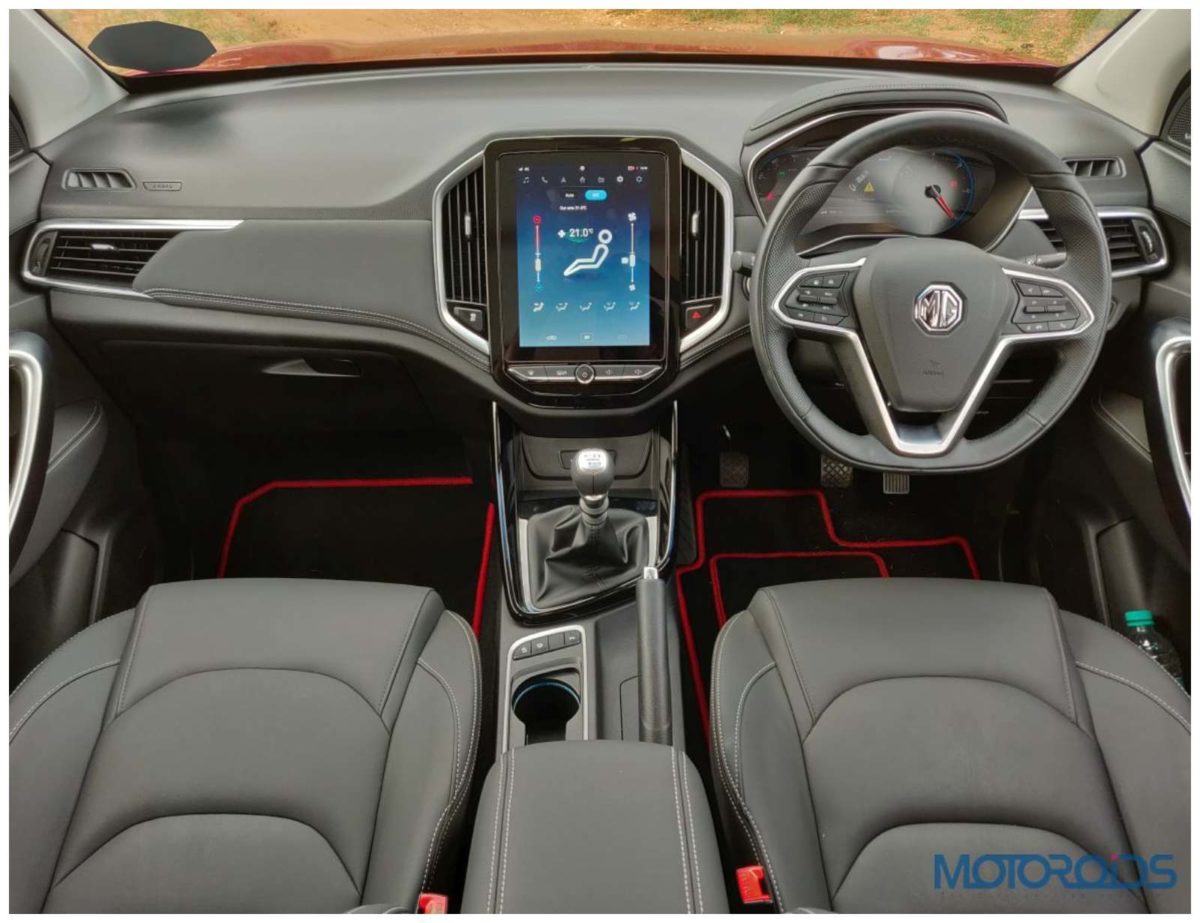 Talking about the exterior equipment, the Hector gets full LED lights both front and rear, whereas the XUV500 features halogen projector headlamps, although it does get LED daytime running lights. The Harrier supports Xenon HID projector headlights with LED taillights.

The Hector is the longest in this segment with a length of 4655 mm. However, the MG Hector is compact in its width at 1835 mm compared to its other counterparts. In terms of height, the XUV500 is tallest at 1785 mm. Interestingly, the Hector gets the largest boot with a capacity of 587 litres but the ground clearance stands at 192 mm, the lowest in the segment. 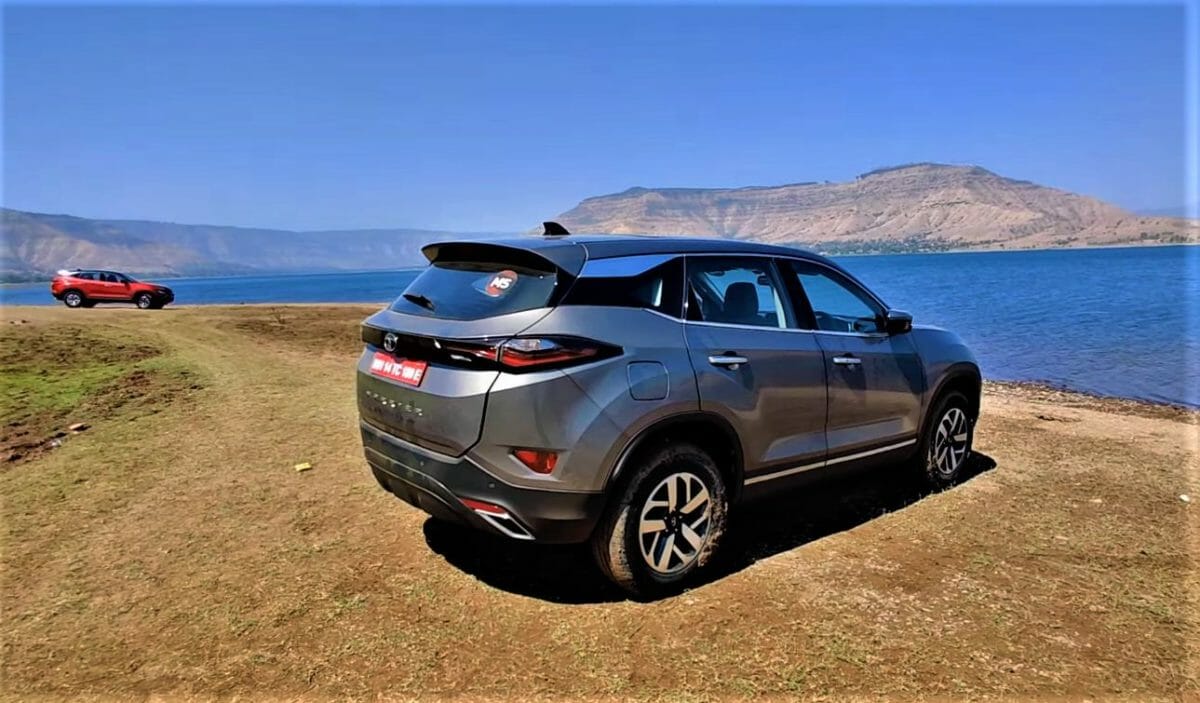 After transformation from BS4 to BS6 emission norms, prices of all these models have increased. The XUV500 is the most affordable in this segment, with its base variant costing Rs 13.19 lakh (ex-showroom) and even its top-end (manual) model priced at Rs 17.69 lakh (ex-showroom) is cheaper than both its counterparts. However, Hector’s base petrol variant is the most affordable in this range which is priced at Rs 12.73 lakh(ex-showroom). Comparing variant-to-variant, the Harrier turns out to be the most expensive in this segment, with its top of the line XZA Plus Dark Edition trim costing a hefty Rs 20.25 lakh(ex-showroom). Having said that, Mahindra is yet to introduce and announce prices for the automatic gearbox-equipped variants of the BS6 XUV500.