Dubai sure is home to some of the most exotic and rare supercars you can find in the world. The local police force is also known to have some of the most interesting cars to join their fleet. With the amount of potential Dubai has to call these automobiles their home, manufacturers setup some of the fanciest and largest showrooms in the world right there. 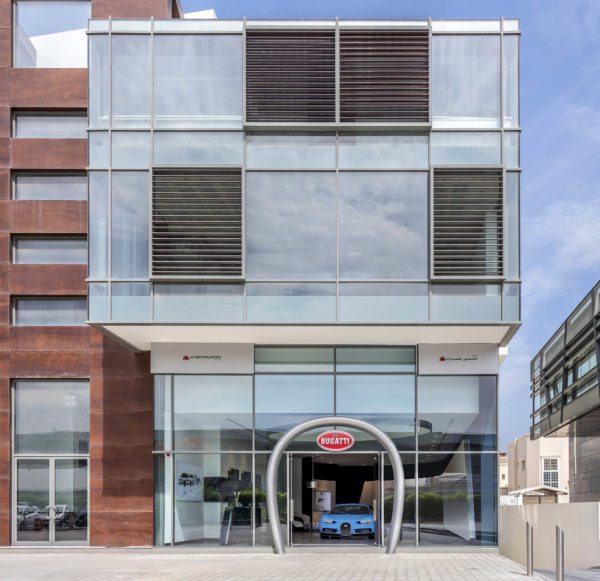 Situated on the same Sheikh Zayed road that also houses the aforementioned largest showrooms in the world, the Bugatti showroom measures about 2600 square feet. While the showroom is much smaller compared its Lamborghini counter-part, it is also to be taken into consideration that the company has only one model on sale right now, the Chiron. It won’t be difficult if they had to squeeze in a used Veyron though. 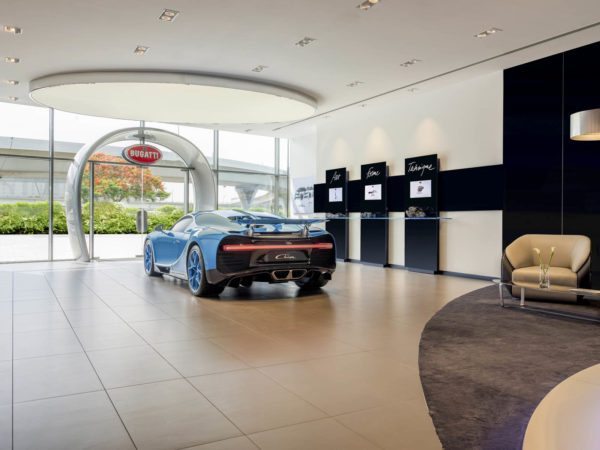 Owned by Al Habtoor Motors, even the youngest of enthusiasts can identify the showroom without much trouble, courtesy of the 13 foot tall horseshoe inspired grille that is the showroom’s entrance door. The inauguration of the showroom is said  to be a part of the Chiron’s tour across the middle eastern region.

Following is an image gallery of the largest Bugatti showroom located in Dubai: