After successfully launching the new-gen 3-series globally, BMW is now working on the sportier version of the car, the M3. In some recently leaked images, we now get a closer look at the next-gen BMW M3, which is set to unveil next year. In the image below, we can see the rear bumper and trunk of the car, with some stylish and sporty fittings such as a small fixed rear spoiler and rear bumper diffusers with 4 exhaust pipes. The car in the image gets a bright glossy orange paint scheme and a black bumper lining at the bottom. The alloys are not clear in the image but the car is expected to get R18 wheels if and when launched in India. Have a look at the car here: 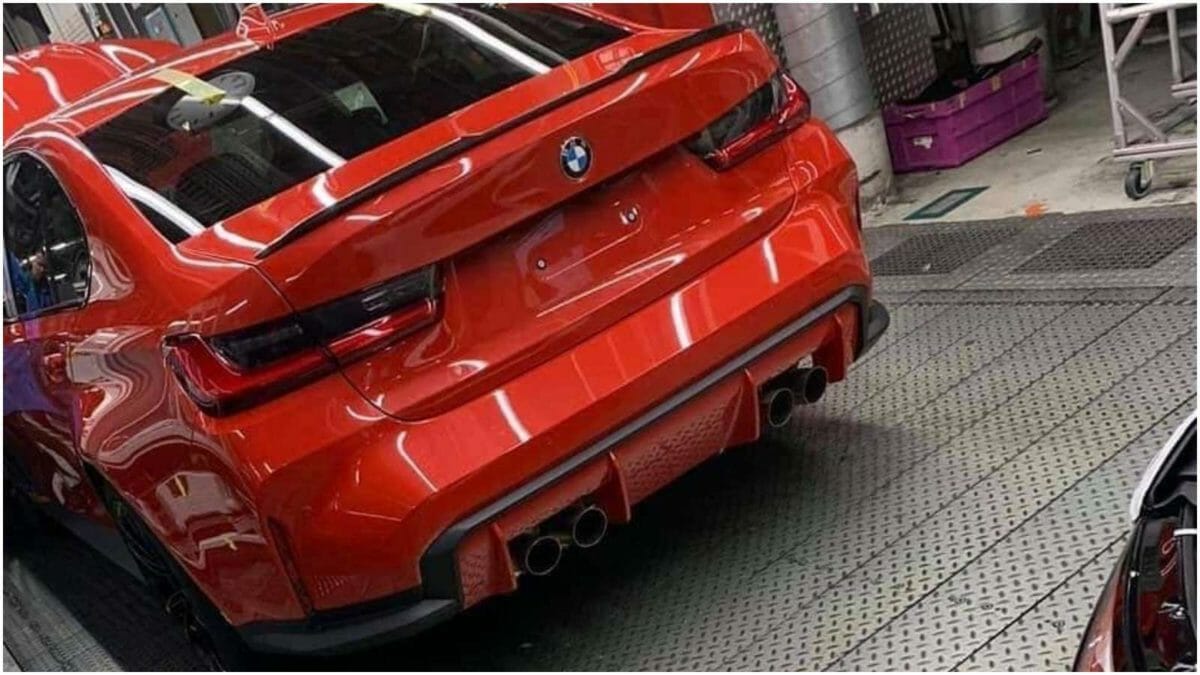 In other news, BMW recently launched the M5 Competition in India as a Completely Built-Up (CBU) model. The new-gen M5 Competition is powered by an 8-cylinder turbo-petrol engine that produces 625 HP at 6,000 rpm and 750 Nm of peak torque, which is enough to propel the car from 0 – 100 km/hr in just 3.3 seconds. The engine is then paired with an 8-speed M Steptronic automatic transmission in which the gears can also be shifted manually with the gear lever or via gearshift paddles on the steering wheel. Prices for the new M5 start from INR 1,54,90,000 (ex-showroom, India).