Recently, German luxury car manufacturer, Audi launched the Sportback version of its baby SUV, the Q3. This new Sportback version gets a Coupé inspired design, which will help it rival the all-new BMW X4 and the Mercedes GLC coupé. The all-new Audi Q3 Sportback stands for strength and precision, therefore it reflects these qualities in its design details. The compact SUV is an exclusive edition model, which will be available in two designs at the market launch, depending on their paint finishes, they are called “edition one dew silver” and “edition one mythos black.” In both models, the exterior is based on the S line and the black styling package. The Q3 Sportback 35 TDI S-Tronic comes with a price tag of is €40,200, while the 45 TFSI Quattro S-Tronic is available from a starting price of €46,200. 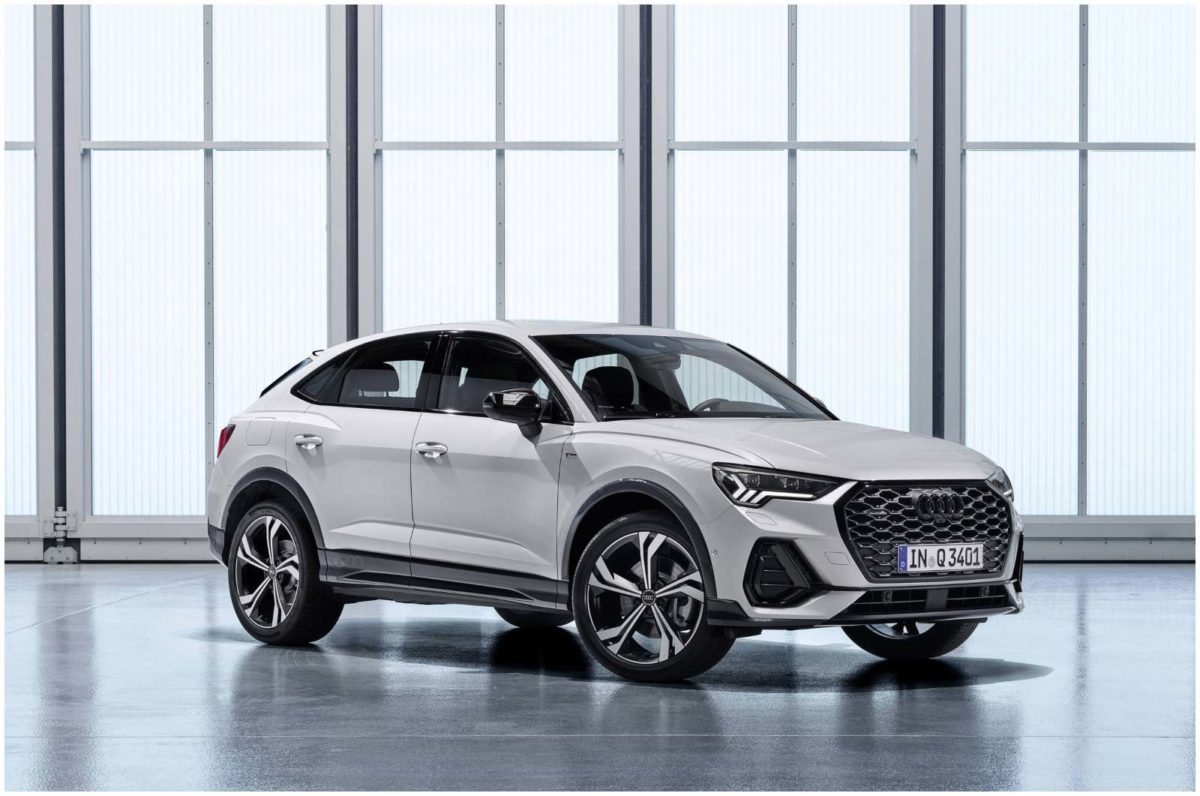 In terms of exterior features and design, the Q3 Sportback gets a set of dark decorative panels with the matrix LED headlights and 20-inch wheels to make the car look sportier. The black grille of the octagonal single frame is strongly three-dimensional in design, and this makes it particularly sporty. The same applies to the trapezoidal air inlets and the expressive bumper with its flat blade. The coupé-like passenger cabin acts as a contrast to the distinctive attachments, which are painted in contrasting colours and thus emphasize the SUV character. The low roofline gives way to flat D‑pillars and ends in a roof edge spoiler. As a result, the Audi Q3 Sportback appears much longer than its sister model Q3. The reversing lights contribute to this as well as they run inwards in a tapered shape, just like the flat headlights. Audi also supplies 3 versions of the headlight assembly which include the Matrix LED technology, whose adaptive high beam intelligently illuminates the road as best suits the driving situation. 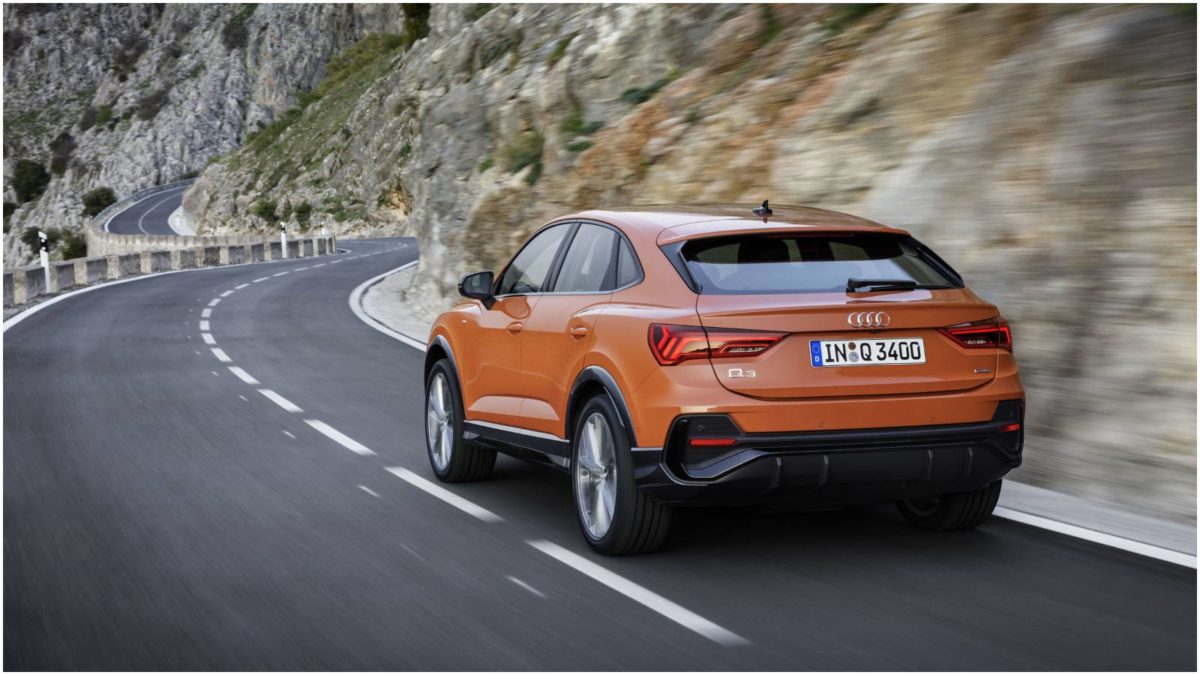 In terms of interior features, the silver edition model gets a noble interior design selection and bright colours, while the black model is based on the dark interior S line, supplemented by blue Alcantara areas on the instrument panel and the armrests in the doors. The primary equipment includes a 20.25-inch digital instrument cluster, which the driver operates using the multifunction steering wheel. In the top-of-the-line system, the car is equipped with the MMI navigation plus system. An infotainment display measuring 10.1 inches is positioned in the centre of the instrument panel and when a function is selected, it emits acoustic feedback, just like in the brand’s full-size class models, like the Q5 and Q7. The display is also ergonomically tilted towards the driver for a better and comfortable feel. The content of the smartphone is shown in the MMI display via Apple CarPlay or Android Auto and no cables are required if the top infotainment system is used with an iPhone. The Audi Q3 Sportback also gets a Bang & Olufsen Premium Sound System with virtual 3D sound. 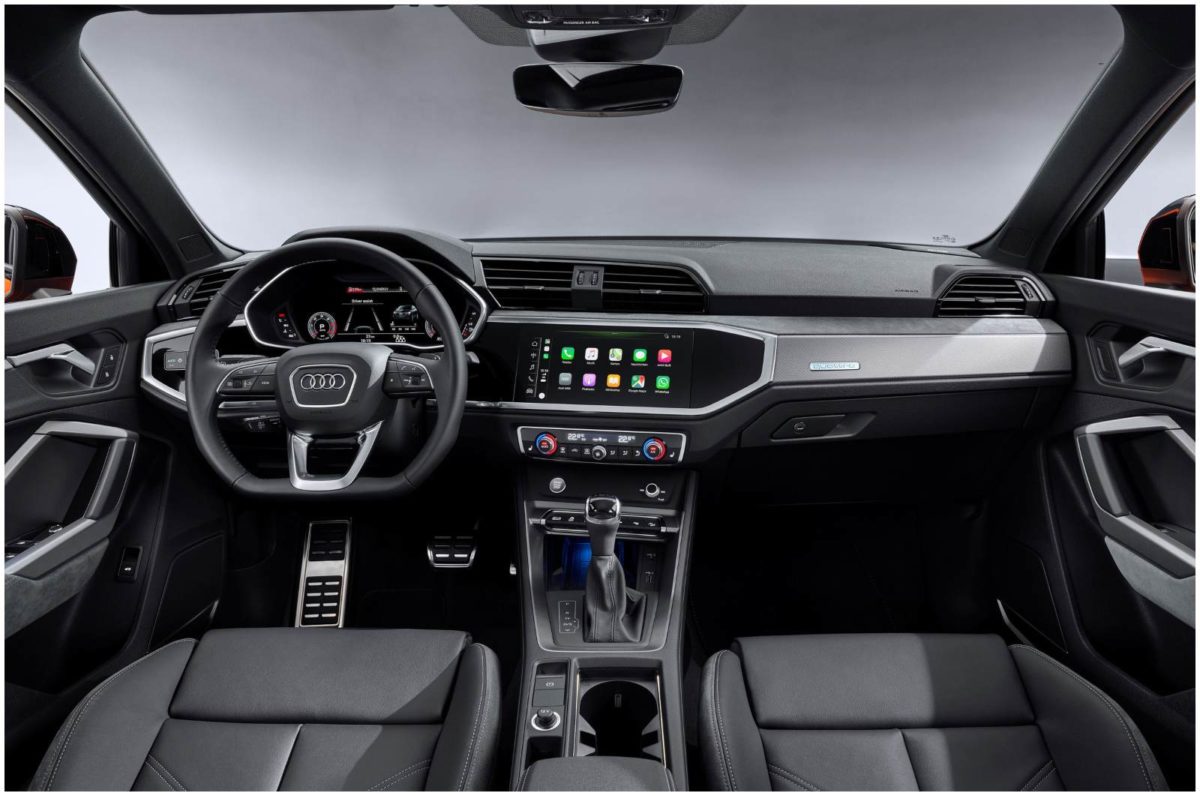 Mechanically, the Audi Q3 Sportback is available with a petrol and diesel engine. With 230 HP, the 2.0-litre TFSI (petrol) is the most powerful engine available in the Q3 Sportback. While the 2.0-litre TDI which produces around 150 HP is the less-powerful version. After the car is launched in the market, the baby SUV will also be available with a manual gearbox and Quattro drive. Additional engine options will soon be added and the entry of a more powerful diesel engine and an entry-level petrol engine with a 48 V mild-hybrid system will also take place soon enough.