Home Audi 2018 Audi Q5 Gets Listed On India Website, To Be Launched Soon

Nearly a year after its international launch, the 2018 Audi Q5 is finally ready to be introduced in India. Listed on the car maker’s India website as a product which is ‘Coming Soon’, the new Q5 should be here by January 2018. More of an evolution of the first-gen SUV, the new Q5, although bigger than the outgoing car, has managed to shed 90 kilos of weight. It will be imported in a CKD form from  Audi’s San Jose plant in Mexico and will be assembled at their Aurangabad facility in Maharashtra, India. 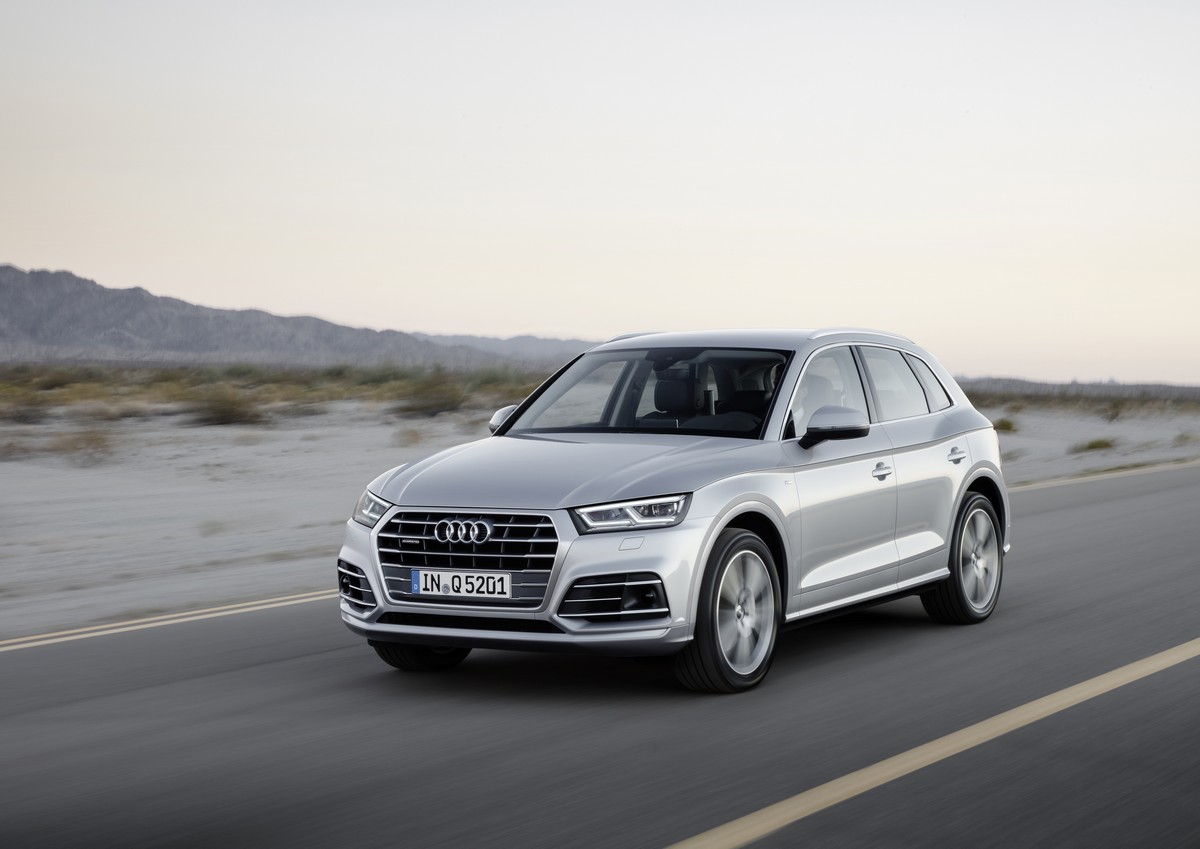 It might look glaringly similar to its predecessor, but every single body panel is new. The familiar face gets a thick-framed “Singleframe” grille and LED headlamps with the fancy Matrix tech. The taut bodywork features a few curves which look great and help break the squarish monotony, but all-in-all, the new Audi Q5 retains a familiar silhouette and stance. It is 4.66 metres long, 1.89 metres wide, 1.66 metres tall, and with a 2.82-metre wheelbase – compared to the previous model, the new Q5 has grown in nearly all of its dimensions. 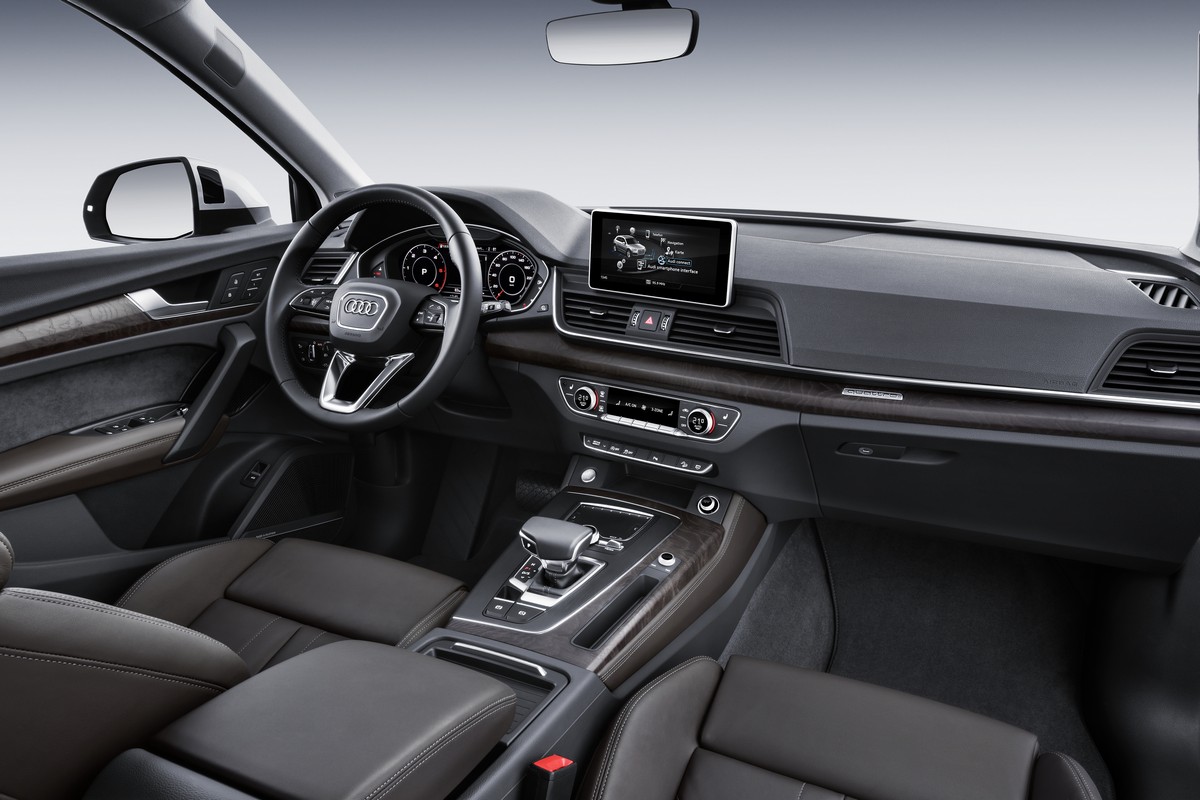 Based on the versatile and lightweight MLB Evo II platform, unladen weight has reduced by up to 90 kg. Audi says that steels with maximum tensile strength and aluminium formed the material mix in the new Q5’s body. Aerodynamics are claimed to be class leading and the new Q5’s interiors are claimed to have the best interior acoustics in its class, due to “exceptionally low” wind noises. tech fest inside will include a new MMI system along with a virtual cockpit which replaces traditional dials with a crisp looking, customisable screen. 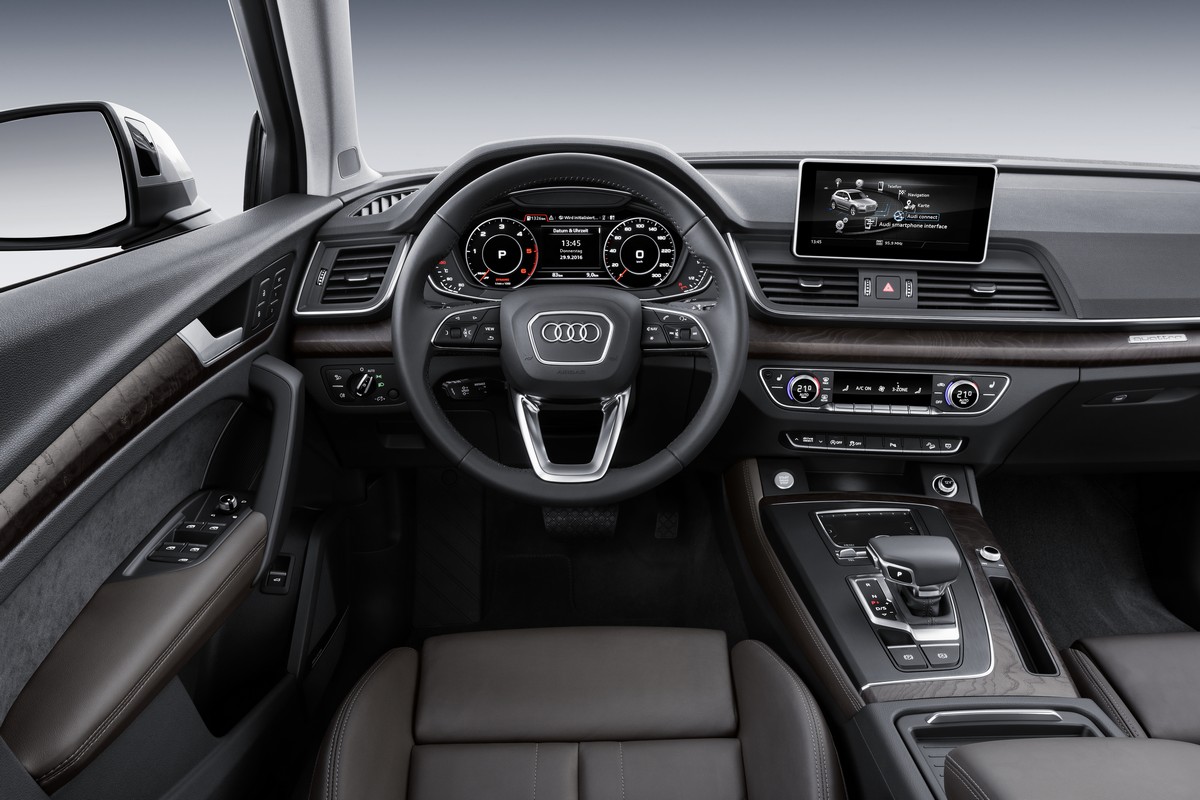 A three-spoke multi-function steering wheel, optional ambient lighting with 30 different colours and a split-folding rear seat which can hike the 550-litre boot capacity to 1,550 litres will be included. A power-operated tailgate is fitted as standard, and like the Q7, the new Q5 with also squat its rear end via the optional air suspension for ease of access to the boot. 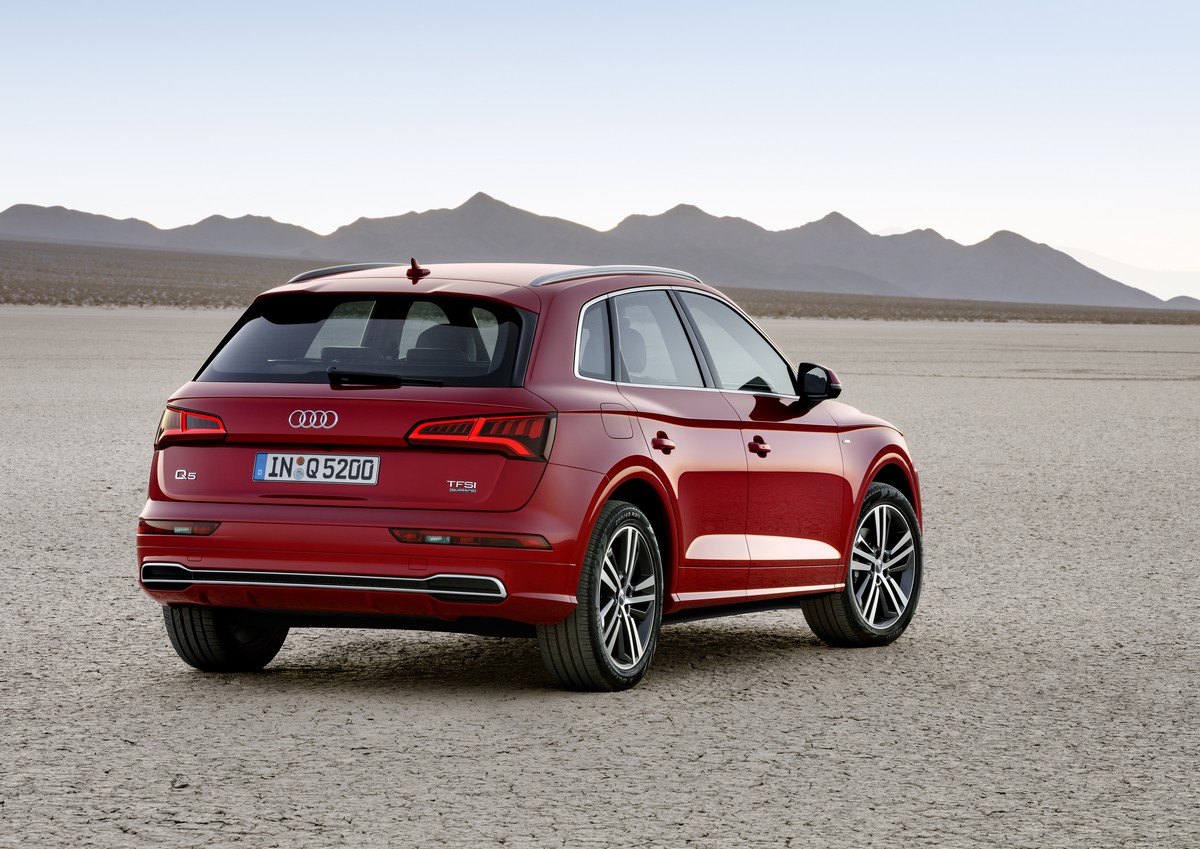 Audi’s high-tech driving assist features will most probably be paired with a 2.0-litre TDI and TFSI motors for India. However, for an SUV of this class, we’d be disappointed if the brilliant 3.0-litre diesel isn’t even on the options list. The diesel motor for the India-spec model will most probably be paired with a 7-speed S-tronic transmission and Quattro AWD as standard. The 2018 Audi Q5 rides on newly developed five-link suspensions while using a new electromechanical power steering system. One of the seven driving modes available can be selected via the Audi drive select, with two new modes, lift/offroad and all-road. Prices could start near the INR 50 Lakh mark and we’ll bring you all the details about this new SUV, closer to the launch date. Stay Tuned!