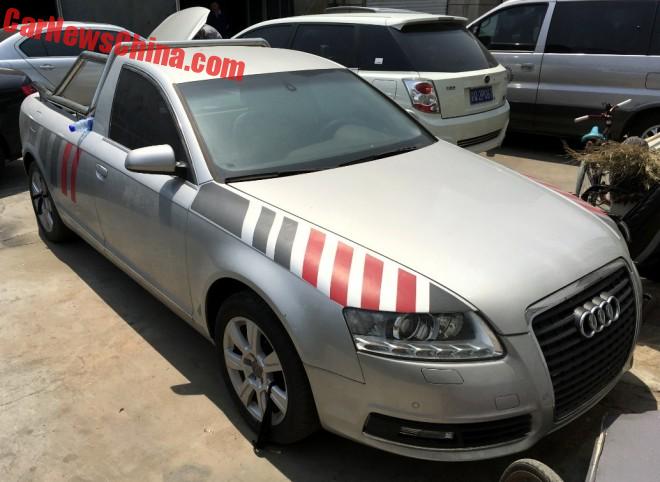 The El Camino was a coupé utility/pickup vehicle that was produced by Chevrolet between 1959–60 and 1964-87. It was oddly lovable, and this Audi based, Chinese hack job is also oddly reminiscent of the iconic Chevy. This one-off A6L pick-up was spotted at a small repair shop in Beijing, and was reportedly owned by a local Audi dealer before. 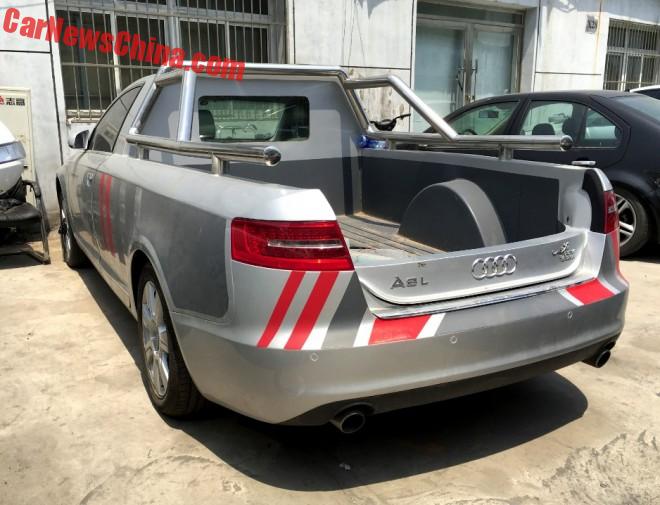 Based on the stretched  C6 Audi A6L that’s exclusive to the China, and was manufactured there by the FAW-Volkswagen joint venture from 2006 until 2012, the pick-up is believed to have been converted in 2012. The B-pillar was widened, and the entire glasshouse aft of it have been chopped off. The flat bed has been rather neatly laid out, while half of the tail lamps had to go with the boot lid. 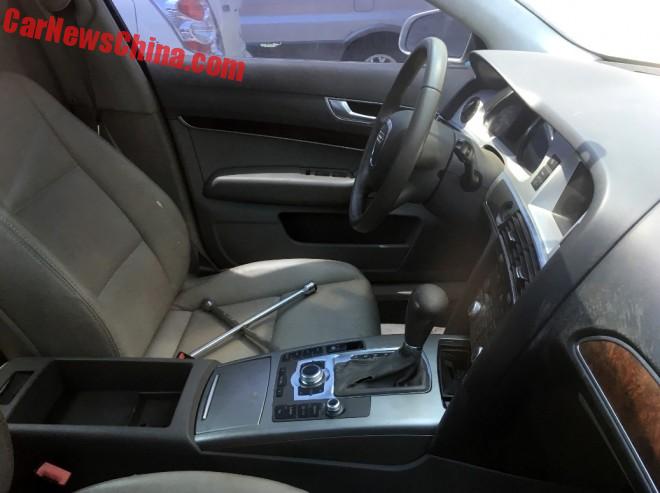 Ugly stainless steel rods double up as racks, while randomly placed red and grey stripes try to race up things. The interiors have been left stock, or whatever’s left of them. No mechanical changes to the running gear mean that this German pick-up is powered by the 3.0-litre V6 petrol engine good for 218 bhp that came with the original car. The pickup truck is un-registered, and thus cannot legally ply on public roads.