Motorcycling in India has finally come of age. After decades of drooling over powerful metal available in foreign markets while riding piddly commuters themselves, the Indian bikers finally have a plethora of choices on their platter. Personally it’s been just over a decade that I took my first step towards motorcycling, started building my skills logging kilometers at a breakneck pace. The upgrades back then would rotate around ridiculously limited options with the cubic capacity of available motorcycles resembling the volume of a cutting chai. The riding junta back then used to salivate at something as ordinary as the Pulsar 180, or Karizma – there really were no alternatives even if you had some money in your pocket to spare. 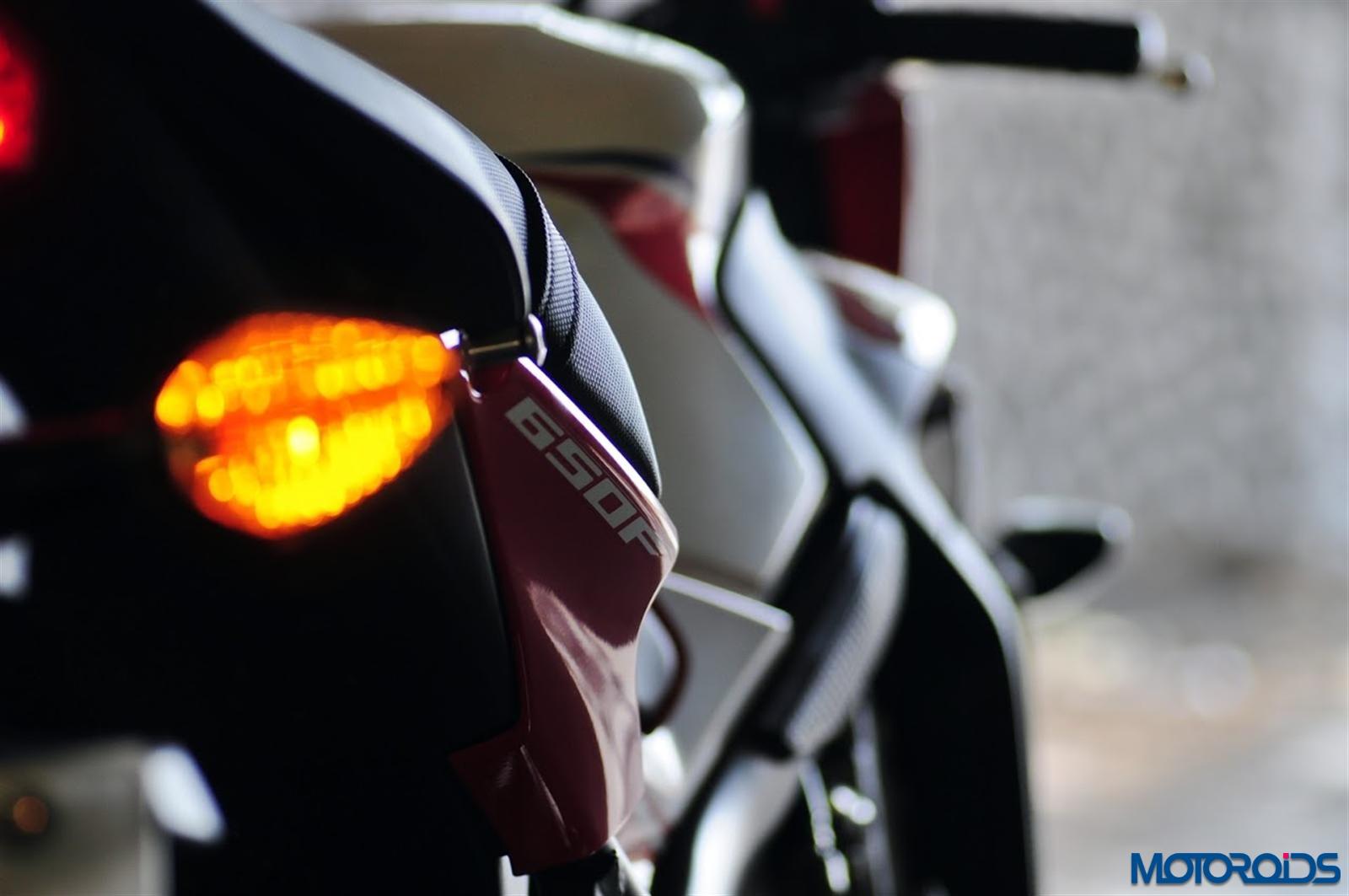 Much has changed though, and the sheer variety of bikes available today has those with money in dilemma about which option to go for. The demand has been escalating on the displacement chart with even new riders opting for a higher capacity performance motorcycles, and it was just a matter of time before relatively affordable screaming inline fours made their entry into the Indian market. Ask any motorcyclist about his choice of an engine type for his motorcycle, and more often than not the answer would be an inline four. Quite justifiably so too, as nothing manages to turn heads as much as the scream of an i4 flying past.

Unfortunately the laws of the land prohibited import of middleweights with only litre class supersports at Indian customers’ disposal – these were motorcycles which were way beyond the reach of the average enthusiast. The launch of the Honda CBR650F set hopes of biking aficionados soaring for being one of the most affordable inline four machines in the country. While one may think of the 650F as somewhat steep for a middleweight machine that’s built in India, one really has to ride this beauty to appreciate its qualities. And when the motorcycle was put under the exhaustive Motoroids review umbrella- it was hard not to like the new CBR650F for its virtues. It was widely agreed among the Motoroids staffers that the CBR650F needs to be viewed beyond the sticker price.

The Honda CBR650F boasts of a stupendous build quality, with a creamy inline four nestled between the frame. The riding dynamics are so friendly that a reasonably experienced 150-250cc motorcycle owner could jump straight onto it and ride away without any anxiety. The motorcycle was aimed to be a middleweight contender while playing versatility as its trump card to the discerning buyer. And while it’s a fantastically well rounded product, there is one aspect where the 650F really excels in – TOURING! 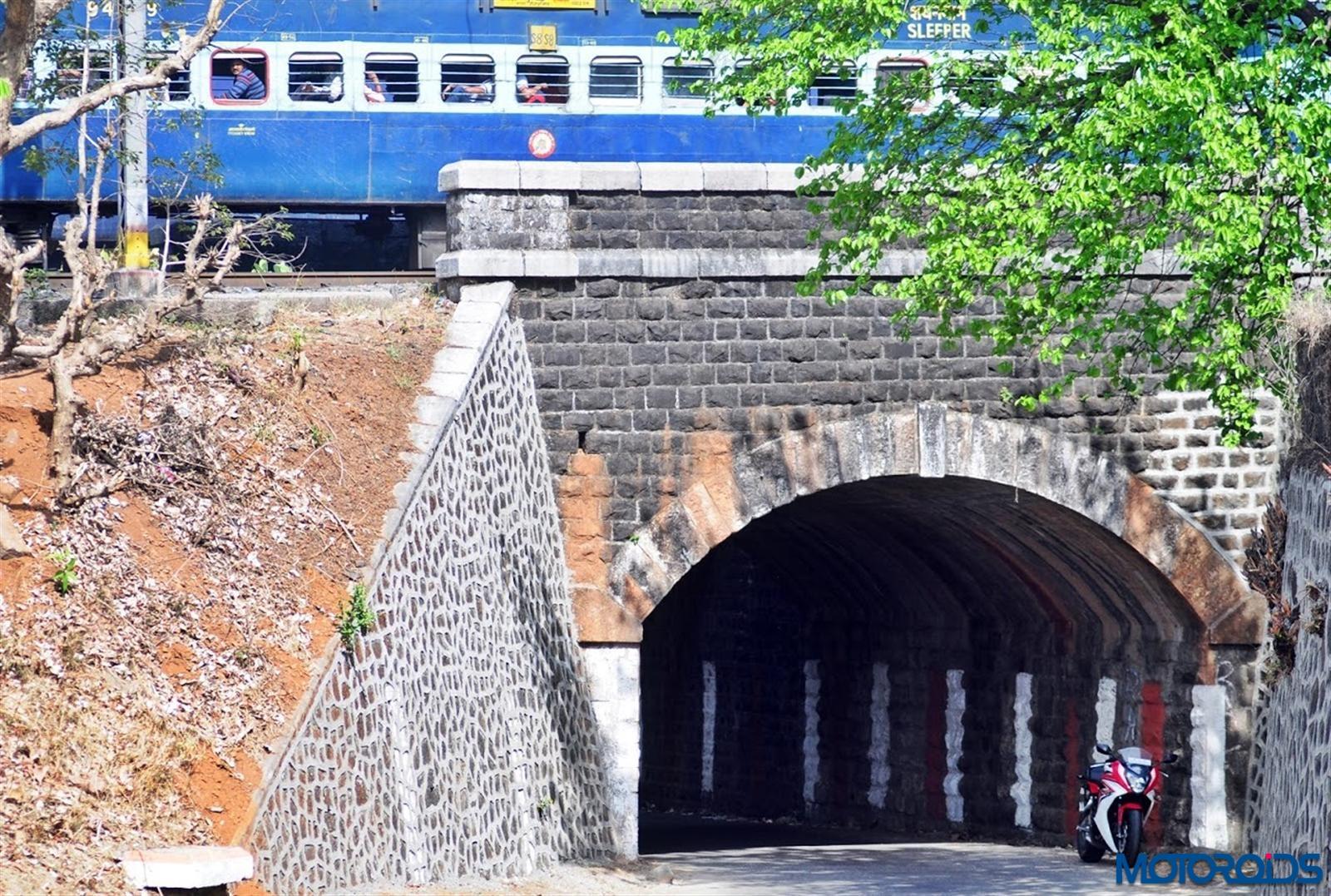 So it was decided to take a second shot at the Honda CBR650F, but this time to put its touring credentials to the test. The motorcycle was taken around for a 1600 km ride over a matter of just two days and put through some really rigorous riding covering more than a 1000 kms on the second day. Here it is then, our CR650F touring photo feature

The Honda CBR650F is quite a looker- you might disagree at first, but take a closer look at the details, the build quality and the sheer craftsmanship and you’d be sold 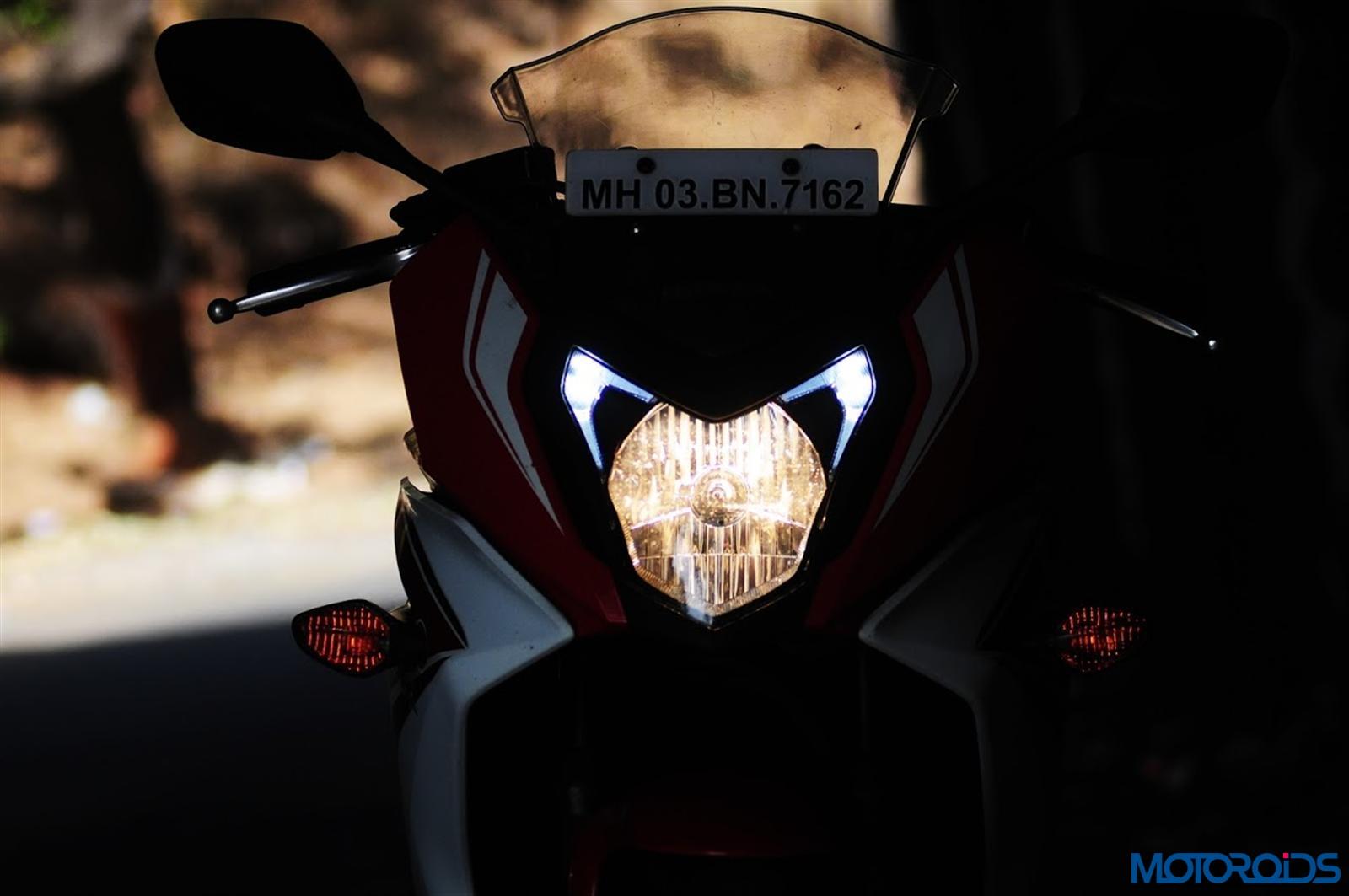 The incredibly good build quality justifies the price tag. And that engine seems like a work of art. It felt smoother than our last experience as it had undergone a couple of services. 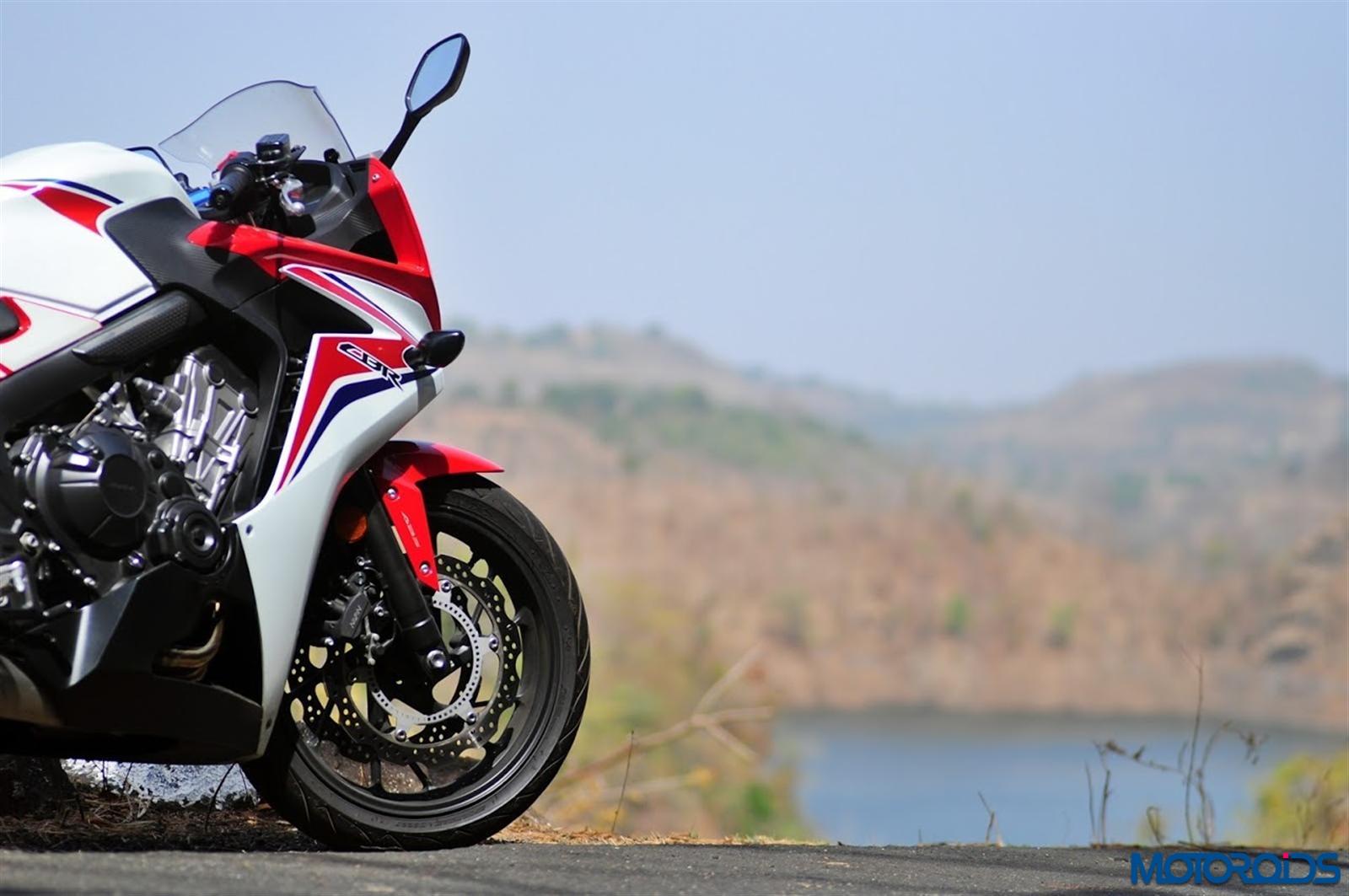 Despite its brawny proportions and 215 kg of ride-ready weight, the 650F felt nimble, flickable and rode effortlessly on the narrow country roads. 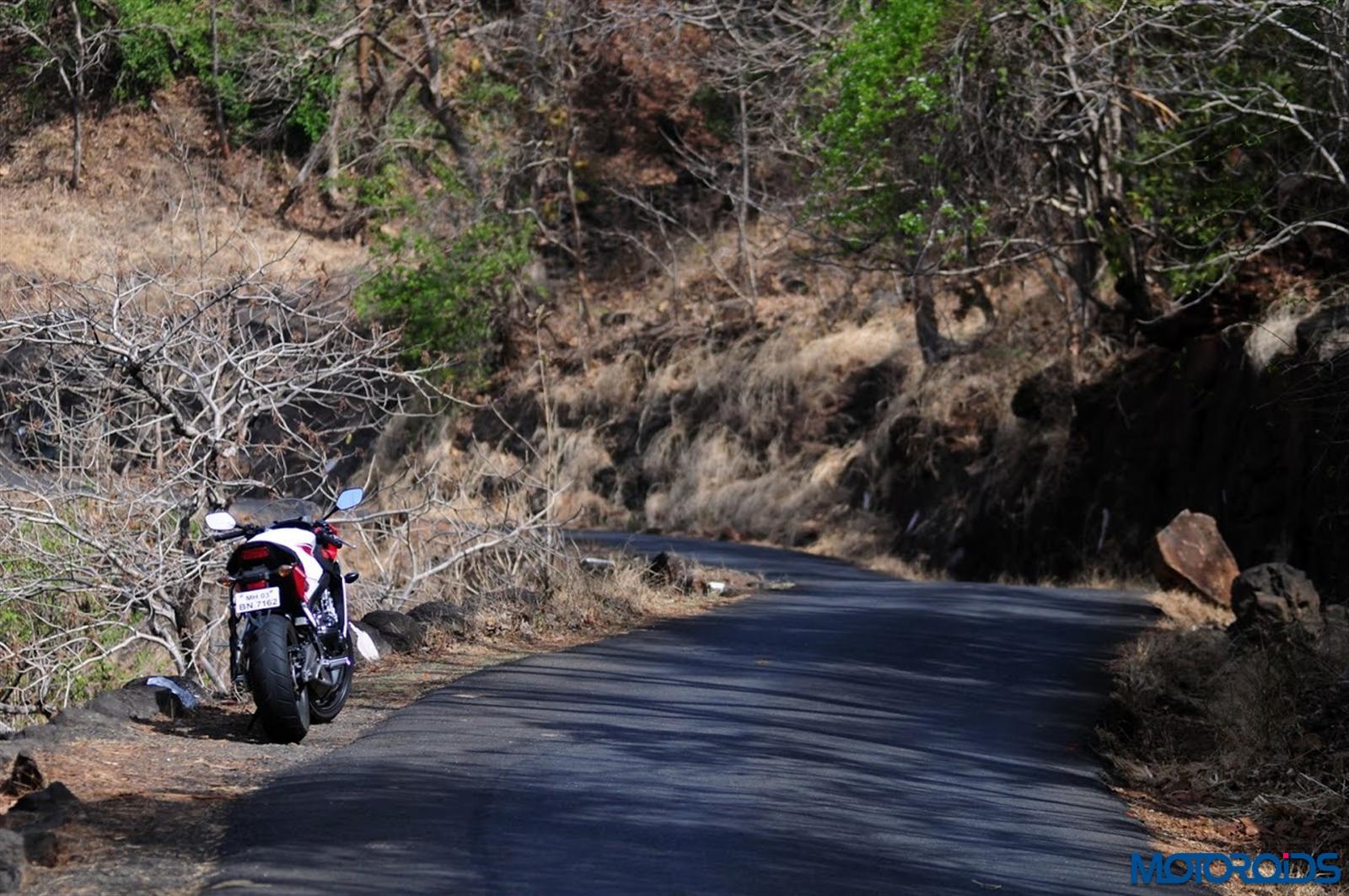 Honda might not have designed it for this purpose, but then touring isn’t confined to rolling on blacktops. It had to see the adventurous (read merciless) side of riders from this part of the globe. We go everywhere, and so should our bikes. The 650F is fairly dependable in this regard too 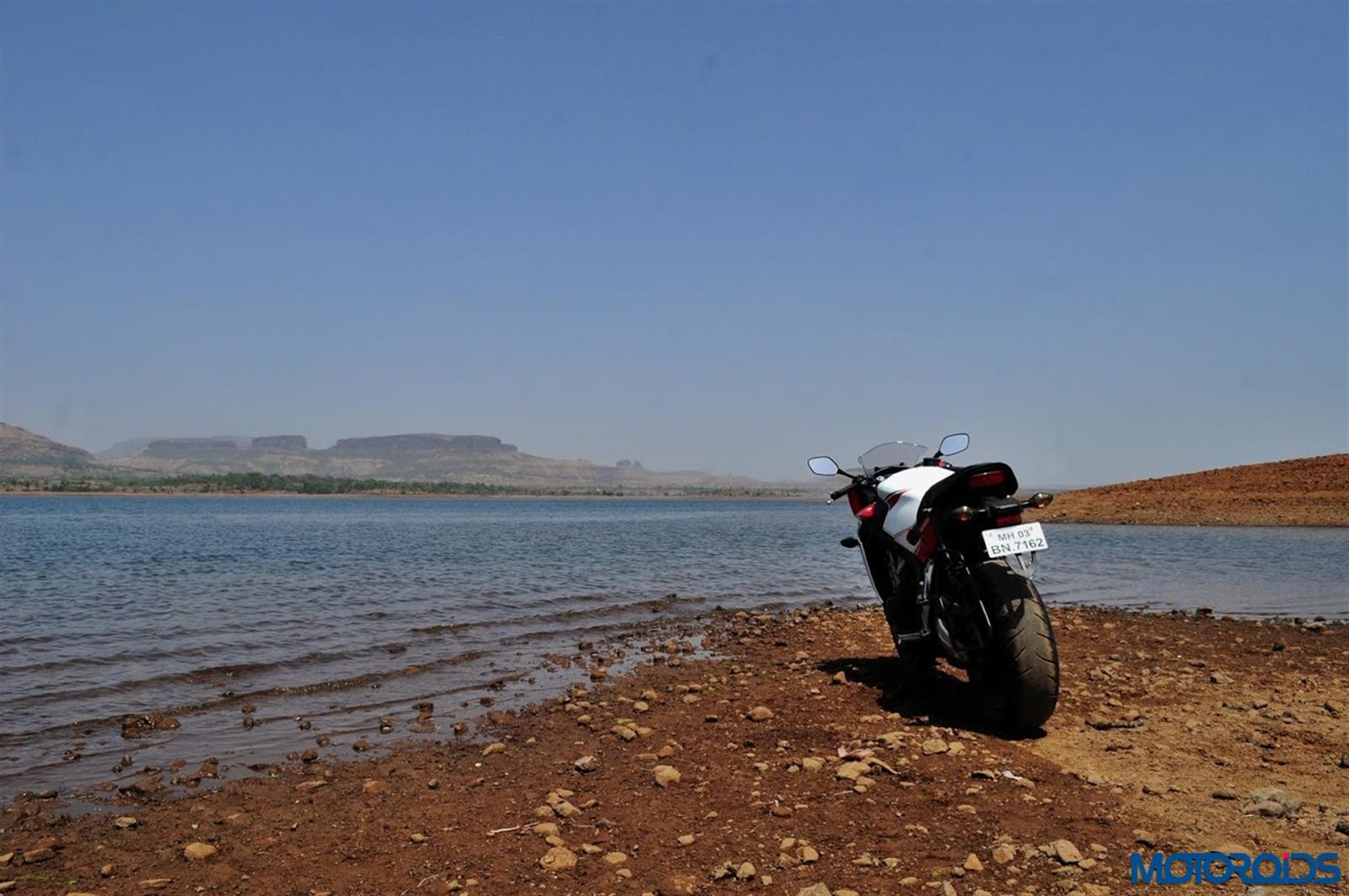 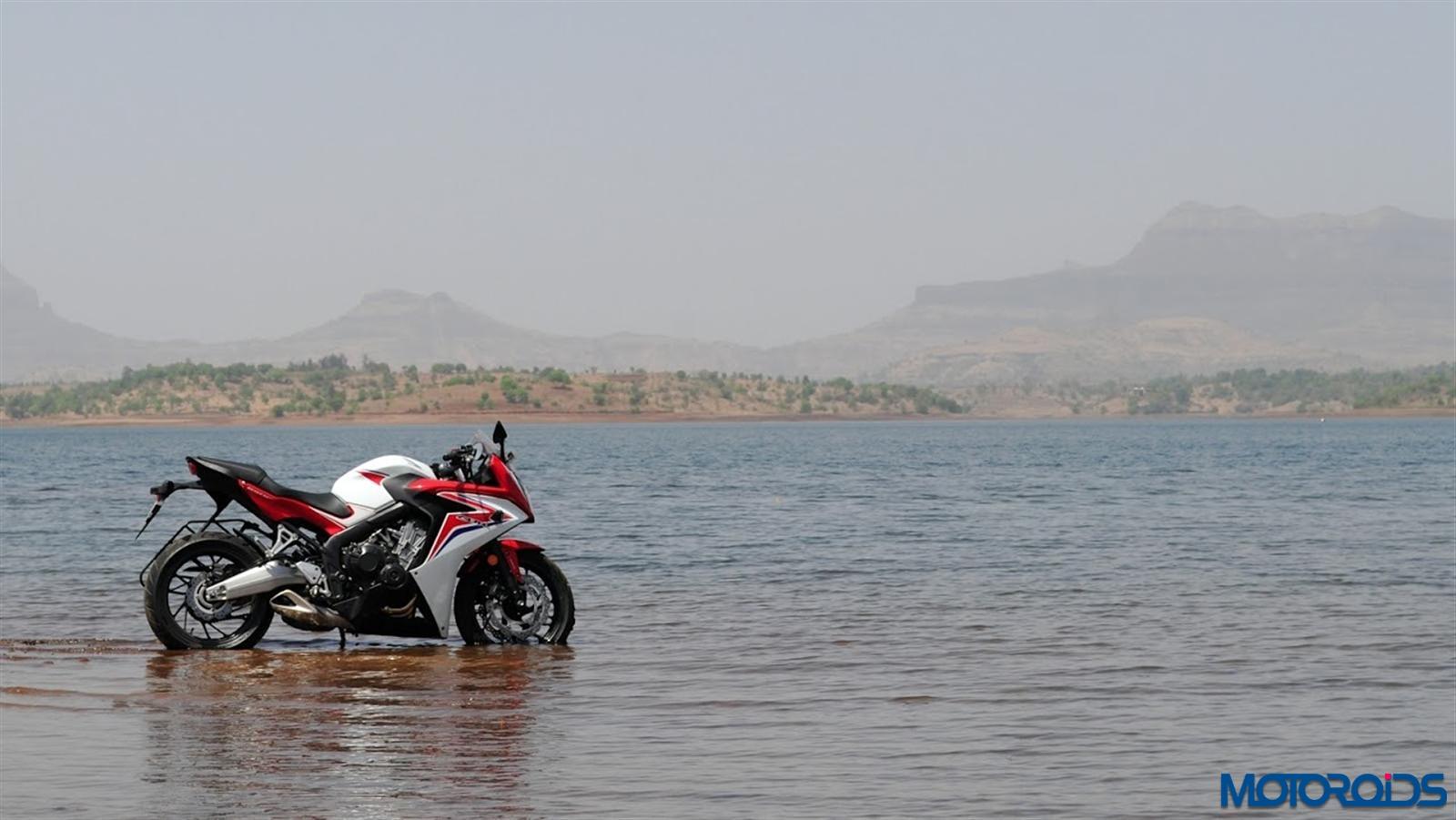 And again back to the blazing ride. The CBR650F loves devouring the twisties. Around the bends this middleweight Honda feels incredibly light and easy to lean from side to side. The soft-ish suspension offers great comfort without affecting the handling. The Dunlop Sportmax tyres at both ends are aimed at sports touring and not track oriented performance. The tyres are reliable and grippy, and tend to break traction only when pushed to the absolute limit. 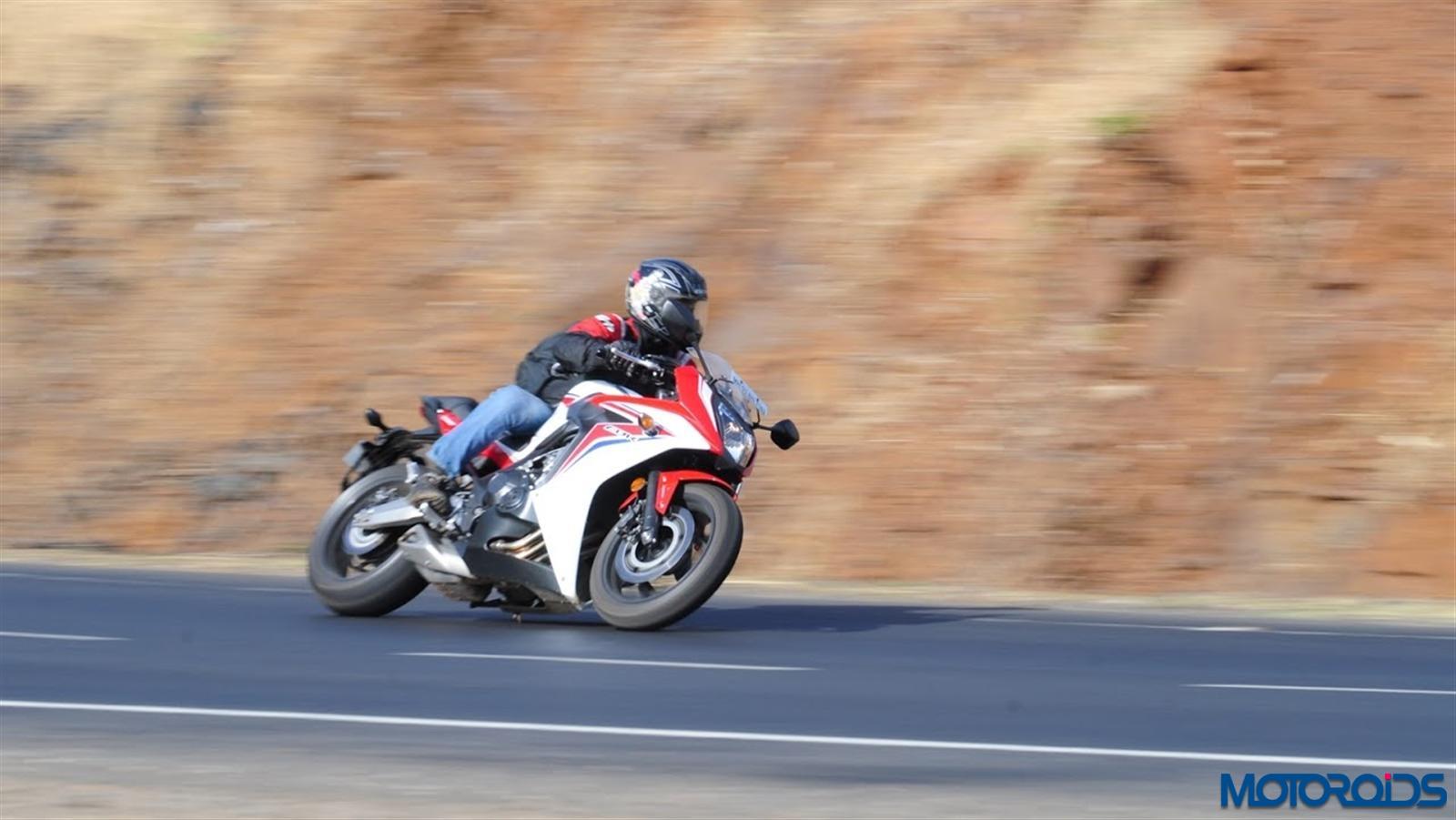 The seat offers plenty of room to move around, a comfortable upright riding position and that creamy inline four would want to ride the 650F to the moon. In fact I found it more comfortable than my little CBR250R. The engine heat is well channeled away from the riders legs. If I have to complain of anything here, it has to be the windscreen. I wish it was taller and more upswept. Riding above 130-140 kph and you have to duck in to evade the drag. 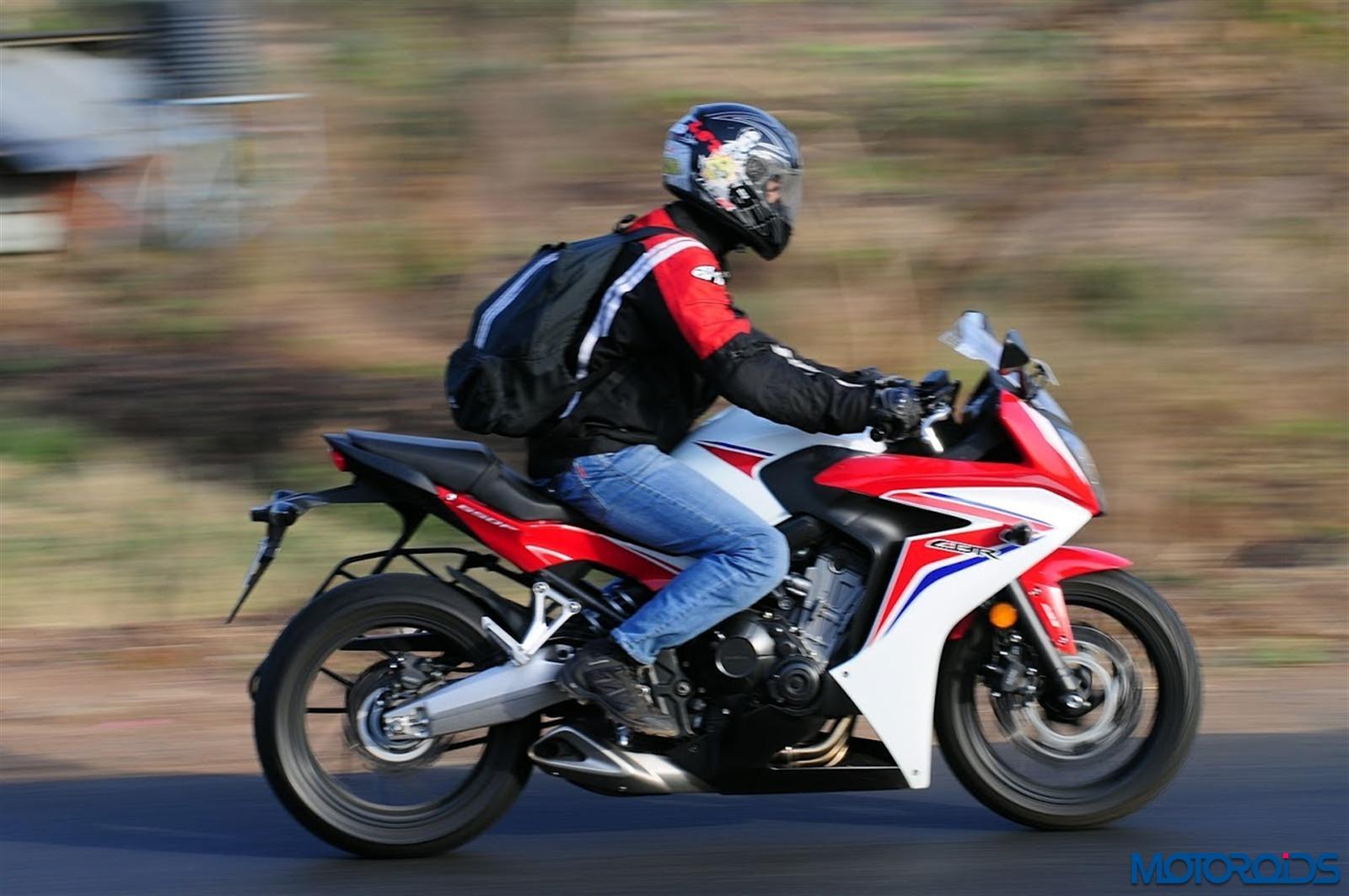 With the mercury shooting north, the bike deserved its share of shade. The rider, too, deserved his share of a few slices of watermelons. 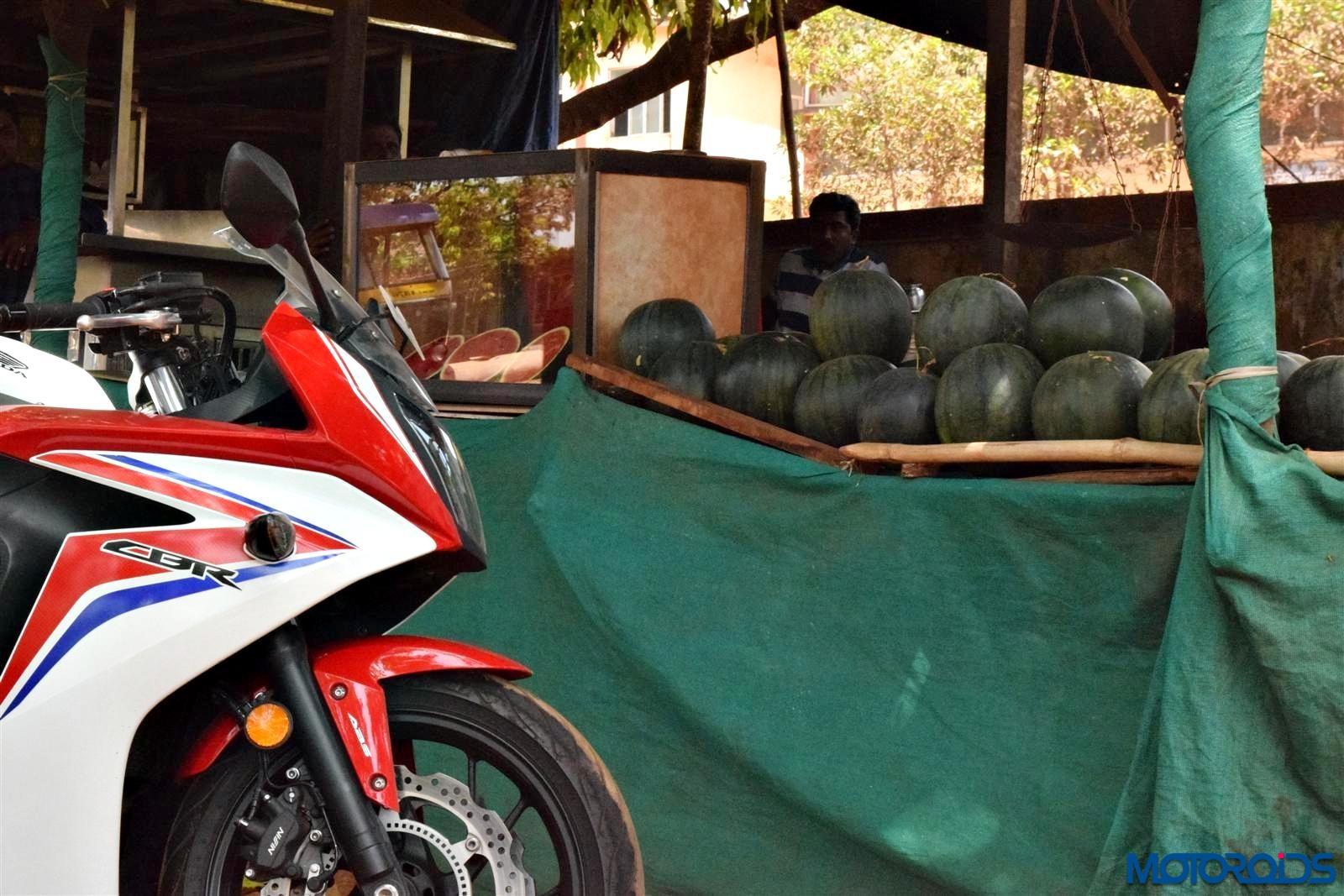 The CBR650F sails as smooth as a cruiseliner on good roads offering both speed and comfort. 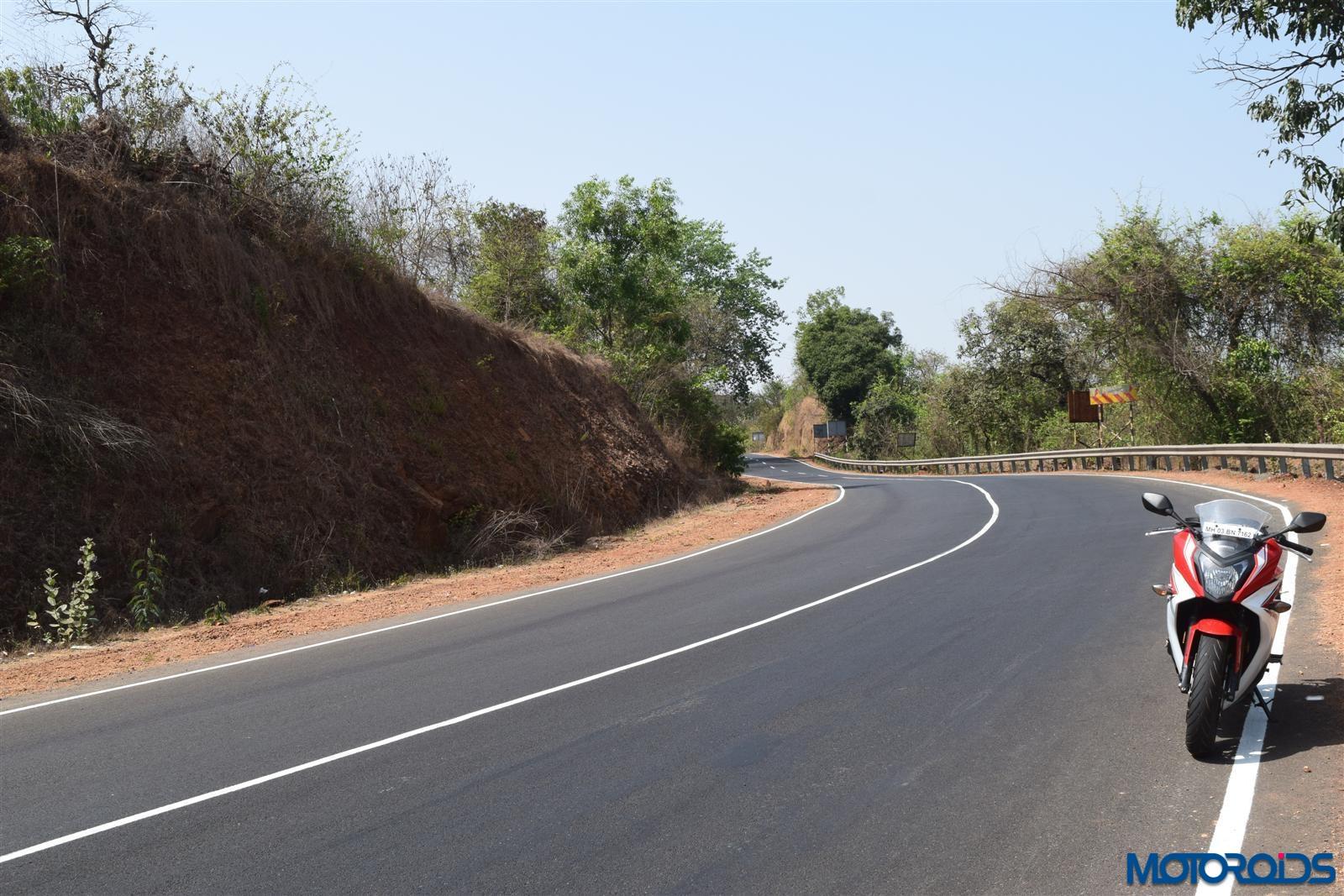 The suspension is well sorted to handle patchy sections as these keeping jitters at bay and away from your wrists and shoulders. 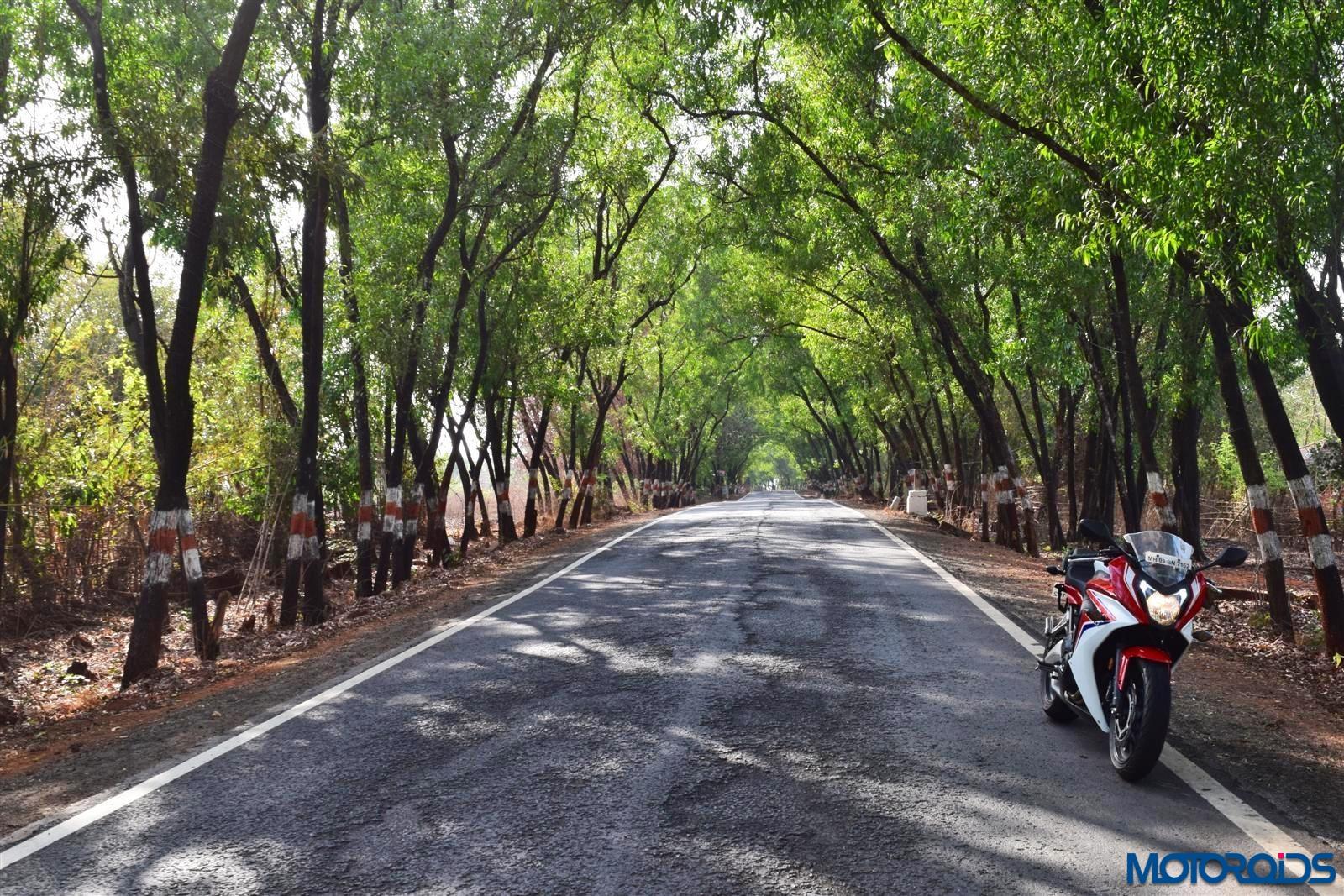 The 650F would relentlessly tread along at whatever you throw at it. Versatility at its absolute best! 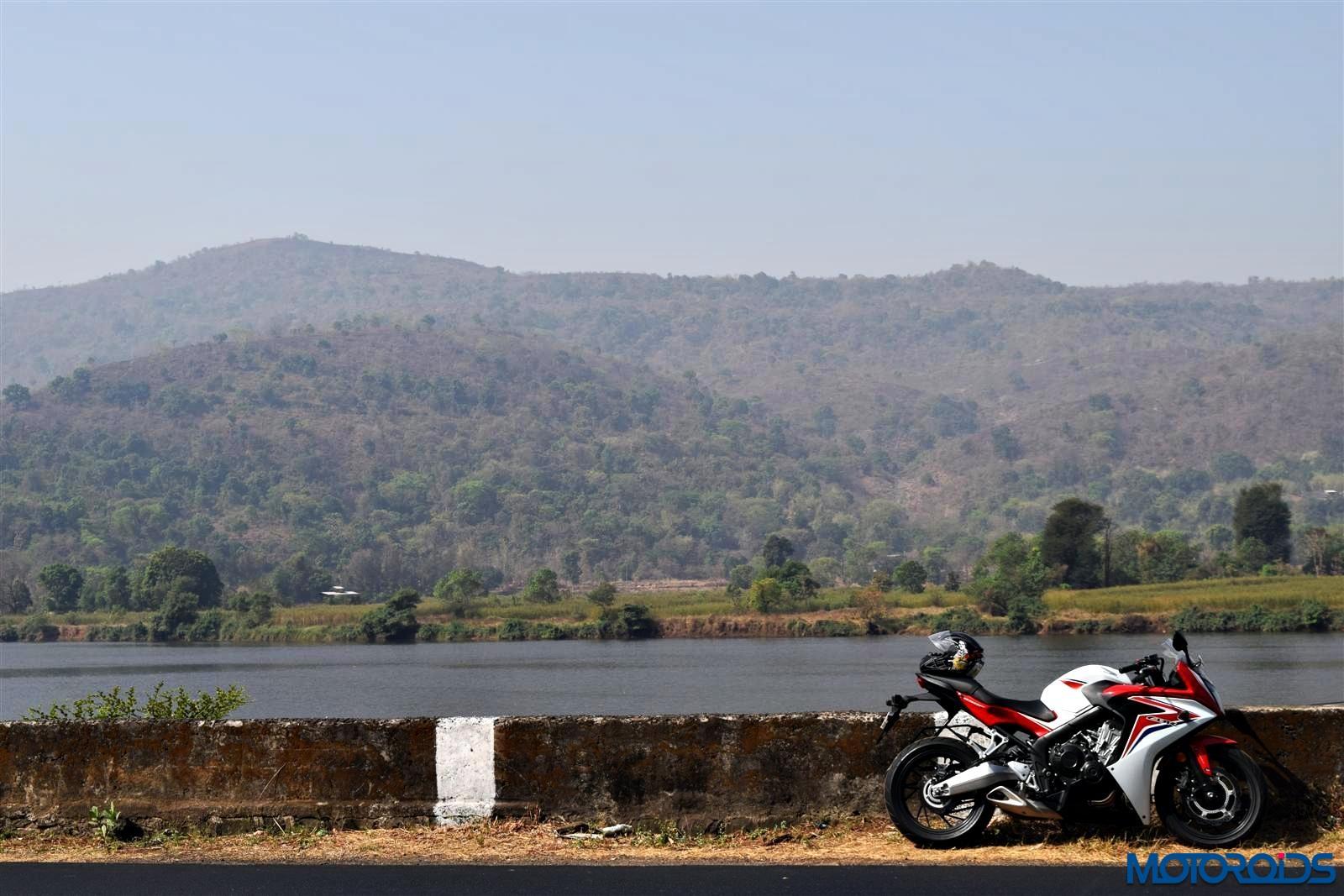 Don’t think twice before taking it off the beaten trail to bring home images of such beautiful vistas. 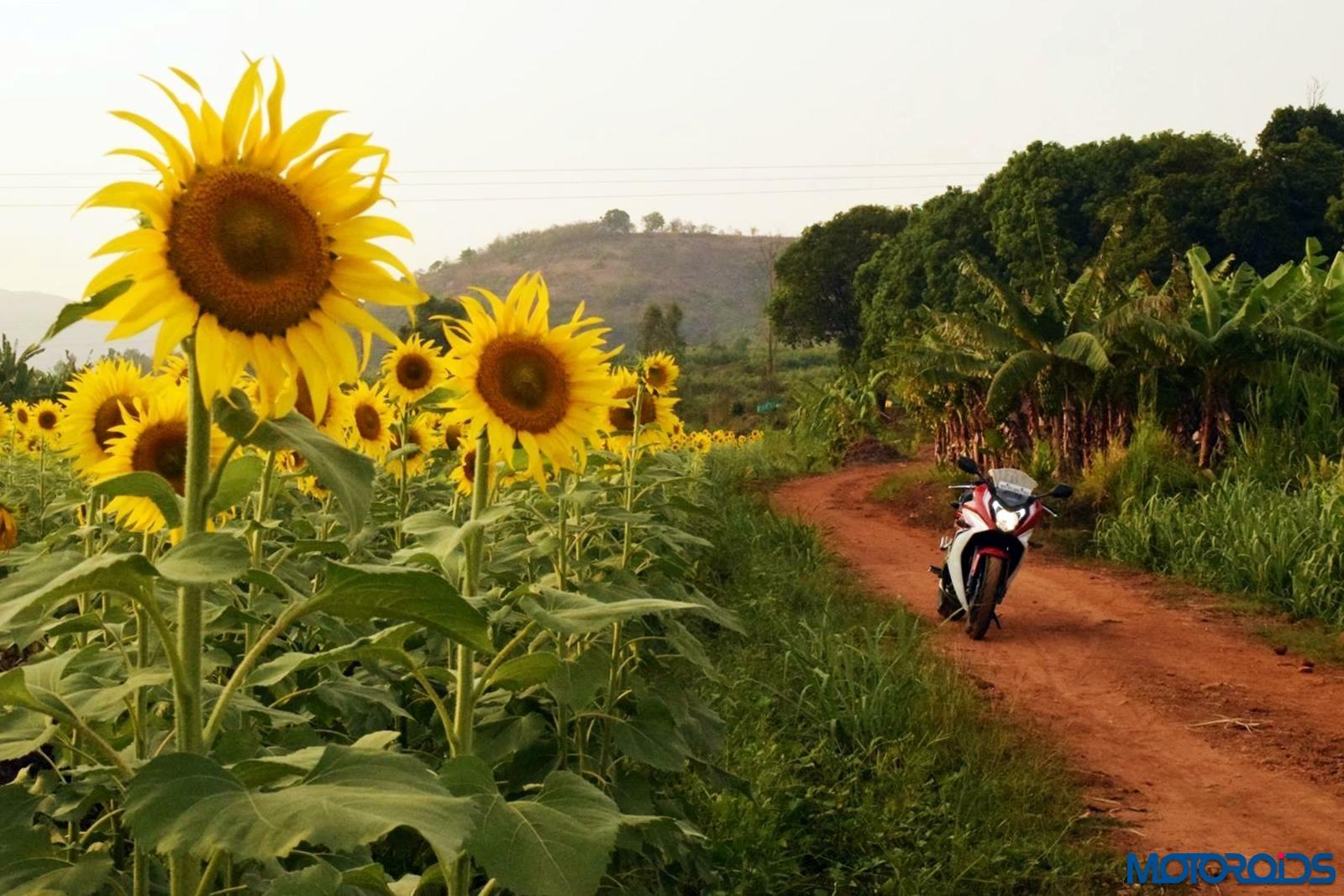 And it would fly back home and with enough grunt in its guts- the 650F would ensure to keep you thrilled with its high speed cruising ability. 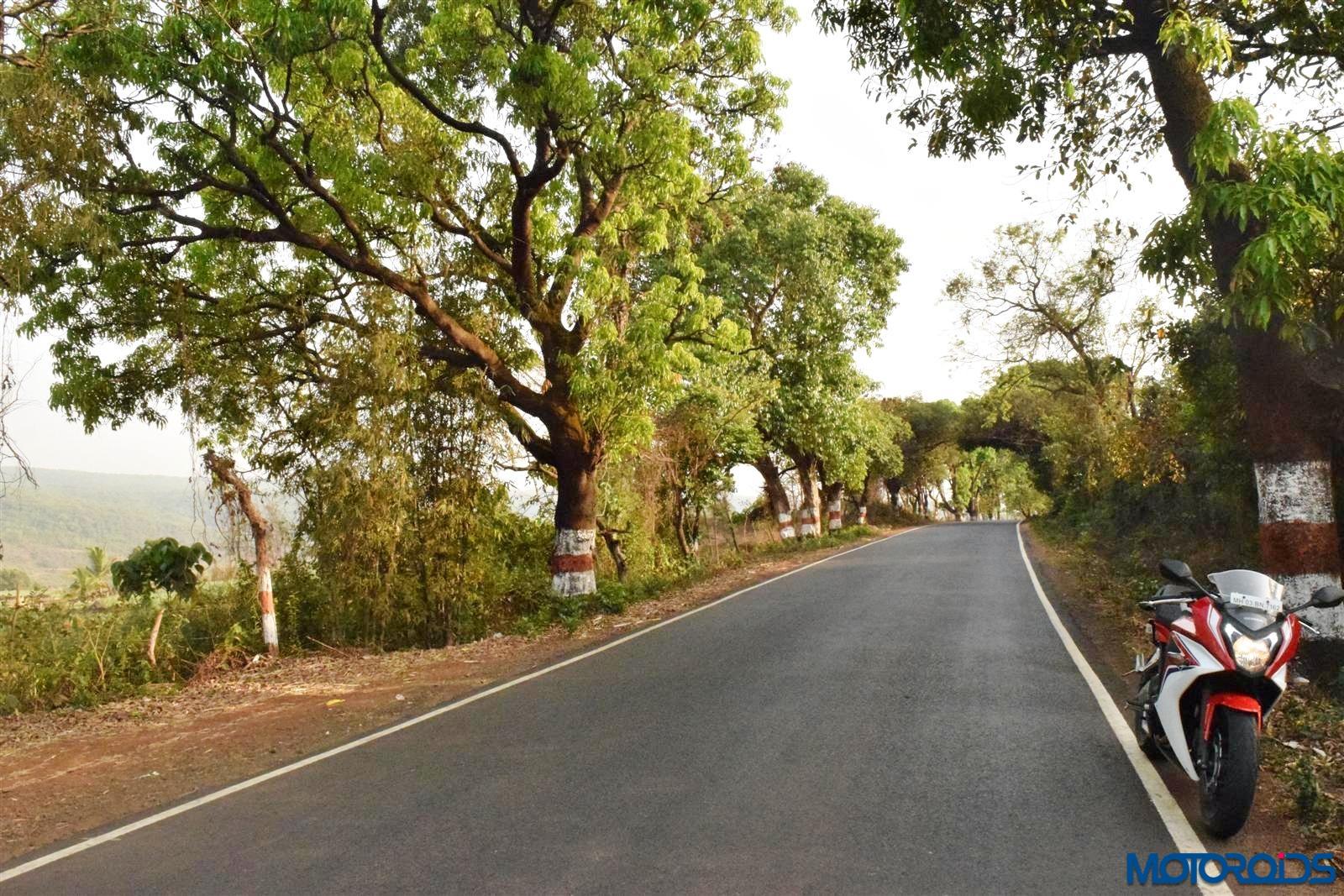 Figures from the ride: 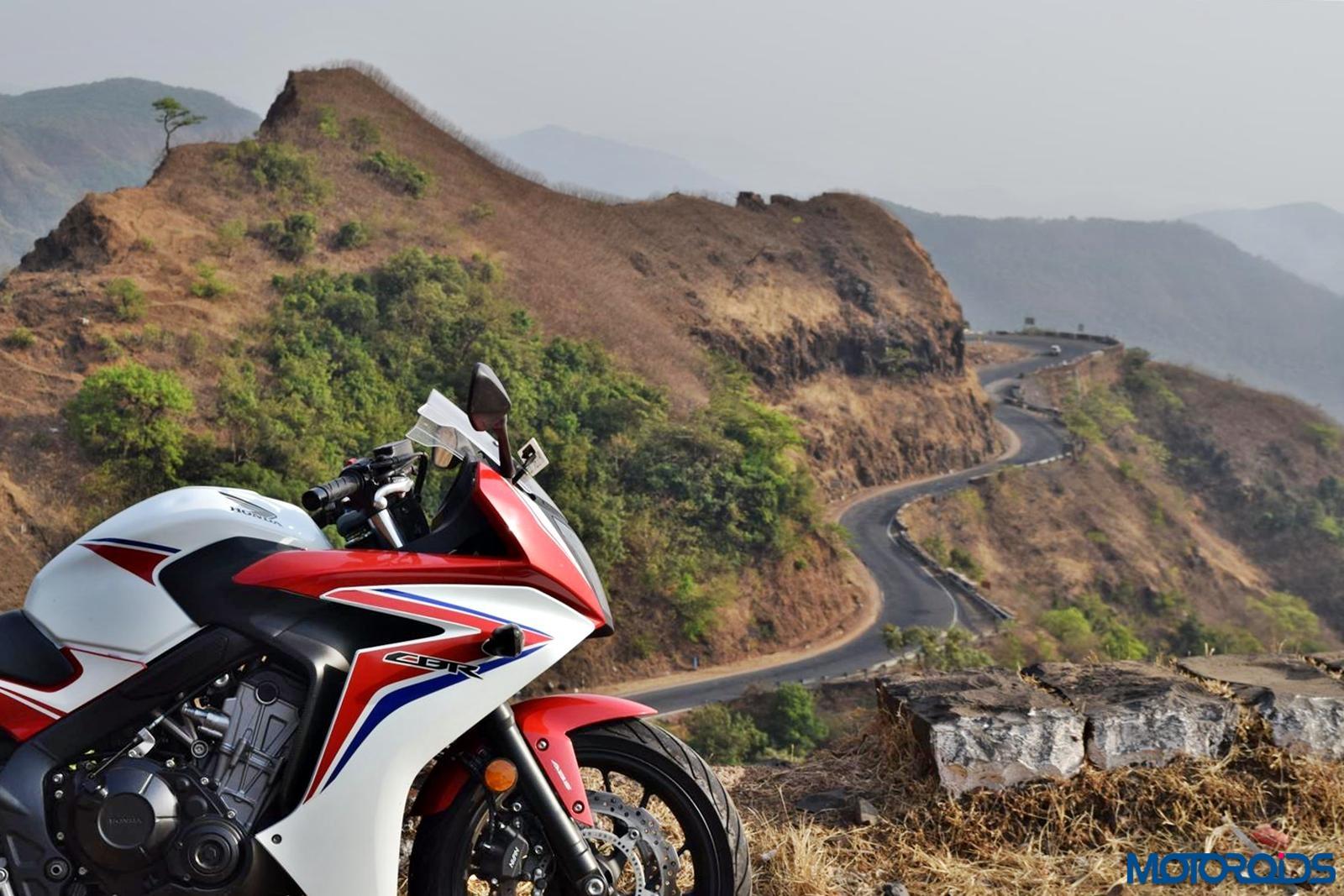 “The connection to place, to the land, the wind, the sun, stars, the moon… it sounds romantic, but it’s true – the visceral experience of motion, of moving through time on some amazing machine – a few cars touch on it, but not too many compared to motorcycles.” Beautiful lines indeed by the legendary architect Antoine Predock and it won’t be an exaggeration if I have to envisage the CBR650F in that statement. It is indeed a stupendous motorcycle that packs in traits of three or maybe four motorcycles into one. The price does seem to offset expectations to an extent, but look closely and you get a hell lot of motorcycle for that amount of money. It is like one of those long term type of investments which would fetch you good returns over a long period time. It might not offer you instant gratification, but over years when you look back – you would pat your own back for having made a solid investment.