Aprilia has announced at the 2018 Intermot Motorcycle Show that it has made subtle upgrades to its 2019 Tuono V4 1100, which is Aprilia’s top spec street-naked motorcycle. The Italian manufacturer has also added that it will leave the standard and RR versions unchanged in terms of aesthetics, electronics and powertrain. However to help distinguish the top of the line variant from the lower ones Aprilia has given the Factory Tuono V4 1100 a semi-active Ohlins suspension setup. 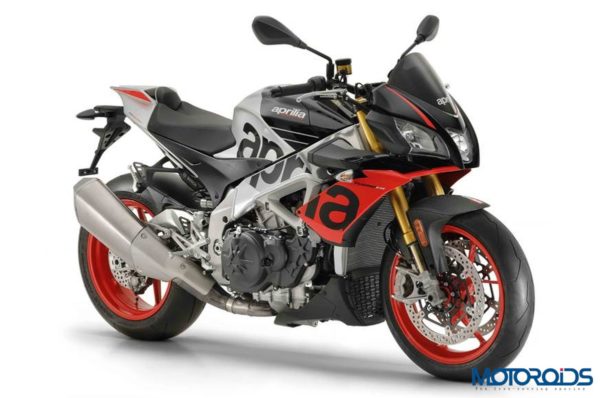 They also say it is capable of controlling both the front & rear suspension depending on what mode has been selected. The suspension comes with two modes called semi-active and Manual. When semi-active mode has been engaged the Smart EC 2.0 system will gather data from the throttle, suspension, brakes, and the IMU to adjust the suspension to suit the rider’s riding style and terrain. 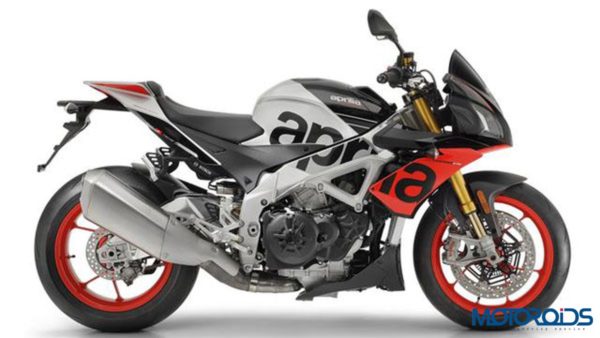 If the user decides to select the manual mode the auto adjustment gets disconnected and it allows the suspension to work like a conventional one. In this setting, the user has the ability to access the suspension with the help of three riding modes called road, sport and track. The Smart EC 2.0 system can also control adjust and control the Ohlins steering damper which lets the system manipulate the damper to match the setting on the fork & shocks. Aprilia has increased the overall suspension travel from 117 mm to 125 mm for the 2019 update, along with that installing a lighter rear Ohlins TTX mono-shock. 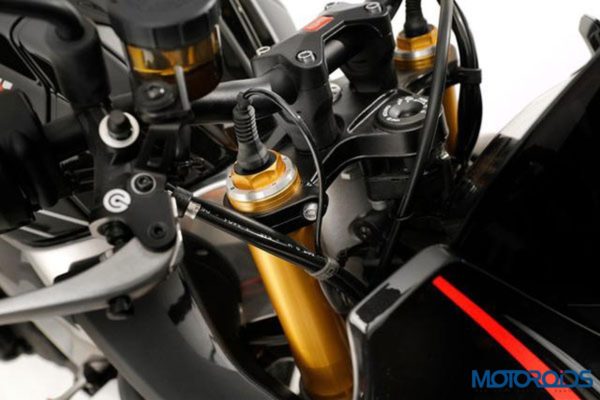 To help access and control all these modes and settings Aprilia has given the updated Tuono V4 Factory a new 4.3-inch TFT infotainment screen. The Tuono V4 1100 Factory comes mated to a 1077cc V4 engine that produces 175 bhp and 121 Nm of torque while being mated to a 6-speed gearbox that is also assisted with a bi-directional quick-shifter. The Tuono V4 also gets two new colour schemes while other electronics remain unchanged, as it still gets a launch control system, wheelie control, ABS and traction control. 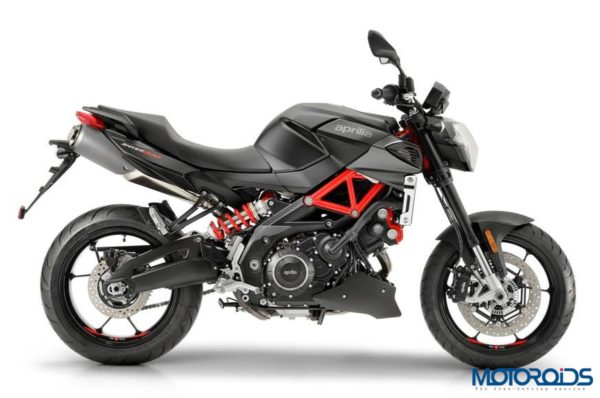 At the 2018 Intermot Motorcycle Show Aprilia is showcasing the 2019 Tuono V4 Factory along with the updated version of the RSV4 which is their flagship motorcycle and the updated Shiver 900. Just like the Tuono V4, both these motorcycles also get new colour options and the Shiver 900 even gets a new exhaust system that has been designed to ventilate gasses more efficiently. Additionally, it even gets a new ECU that allows users to turn off or adjust the traction control’s parameters to keep it from being too intrusive.