Aprilia India’s top officials have revealed that the much-awaited Tuono 150 and  RS150 that were seen at the 2018 Auto Expo won’t be making its way to India, at least now in their current state of tune. From what we’ve heard Aprilia isn’t all too happy with the performance of the current 150cc motor that was intended to be featured in the RS150 and Tuono 150. This single cylinder motor made 18 bhp of power and 14 Nm of torque, which won’t be enough to beat its direct competitor, the Yamaha R15 V3. In comparison the Yamaha 150cc motor makes 18.7 bhp of power and 15 Nm of torque, clearly, Aprilia wants to outdo this power figure not just in terms of torque but horsepower too for both its 150cc motorcycles. Aprilia has made it clear that their intention is to be a class apart and not just class leading, like their flagship offerings that are well known for their character and their sporty nature. 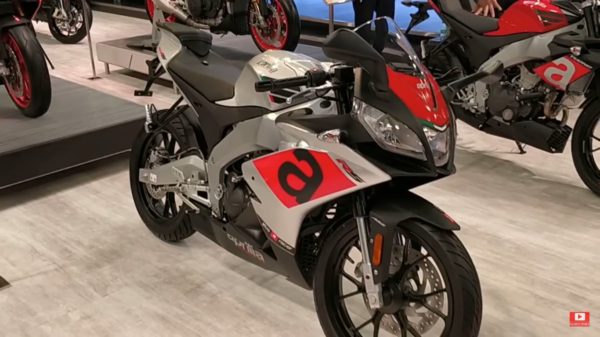 Given the current information at hand, Aprilia is probably going to take another year to bring this motorcycle into production before it launches something that can truly hold a candle to its elder siblings. Given all these circumstances, pricing is going to be a major factor in terms of establishing Aprilia’s stronghold in the smaller capacity segment. Aprilia has had some prior experience in making smaller capacity motorcycles with their RS125 and Tuono 125 offerings in the European market, but given India’s massive appeal for such motorcycles, Aprilia wants to play it right with a profitable market like India. 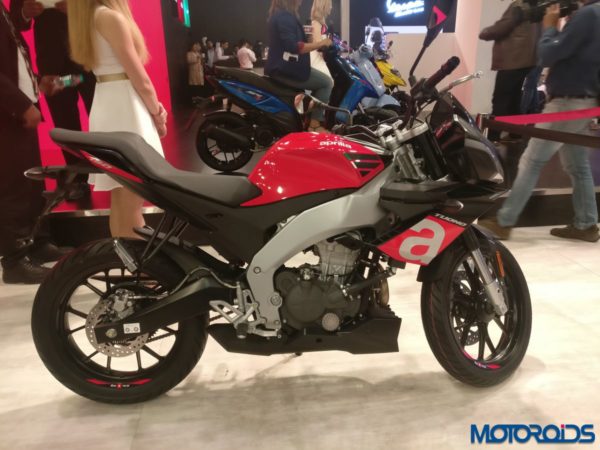 To make this project furthermore cost-effective, Aprilia has stated they intend to tie up with a local manufacturer to aid the mass production of their smaller capacity motorcycles, making the whole ordeal more cost-effective, even though that may have never been the Aprilia way. Aprilia said they’re working their way around this problem to help keep the Aprilia DNA neat without any tinkering to the overall finished product. We can’t wait to find out how Aprilia goes about this and finally gives India a true Yamaha rival by 2020, that can go toe to toe with the benchmark that the R15 is.