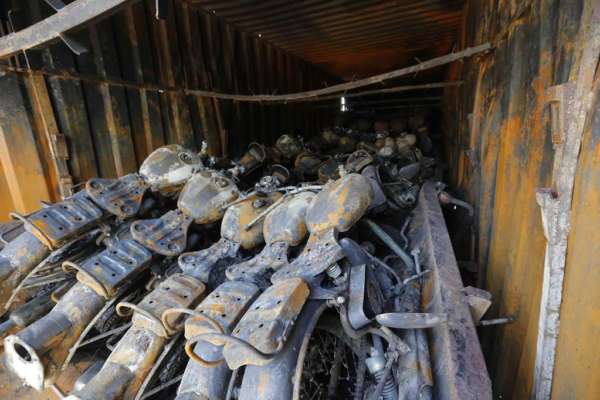 Incendiary bullets sure do catch fire, but this is something entirely different and sad. A truck carrying a consignment of 65 Royal Enfield Bullets caught fire and burnt to ashes with all of its cargo inside it. The incident happened at Aslali, a suburb of Ahmedabad city in Gujarat. The Haryana-registered container truck, taking the bikes to Haryana, presumably, was parked at a transport bay, when it caught fire in the wee hours of the morning. Two fire fighting trucks were rushed to the spot and put out the fire eventually, but the cargo was unsalvageable by that time. 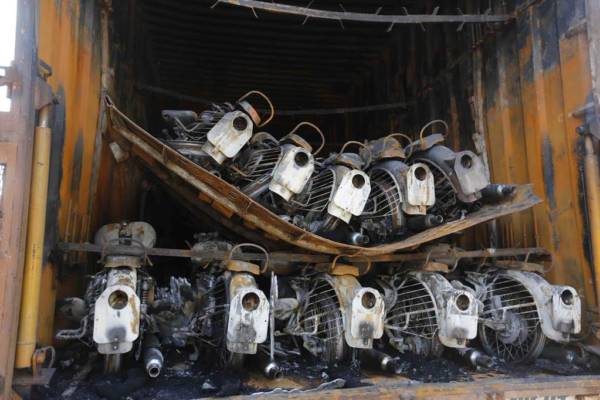 Luckily, no one was injured in the incident, and the reasons behind the fire are still unknown as of now. From what we can see from the pictures, the heat from the fire appears to have been enormous, completely peeling off all the paint. The tires on most of bikes have been reduced to just charred rubber, and even the metal has been warped in many places. 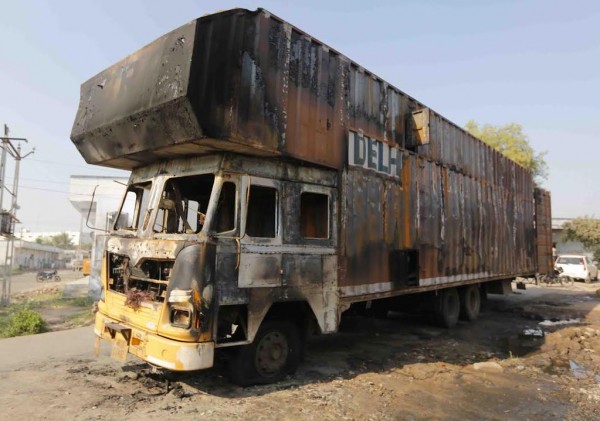 The waiting periods for Royal Enfield motorcycles is one of the longest in India, and it is only set to get longer for some unlucky customers thanks to this unforeseen accident. Even if these Bullets were the bare basic models, it amounts to at least Rs 65 lakh in losses, excluding the cost of the container truck itself.