Volkswagen India have started exporting their Polo hatchback to Mexico. The Polo is the second car from the company’s India plant in Pune to be exported to the Mexican market. The face lifted Polo has been introduced to the Mexican market only this November and the Pune, Chakan plant is already contributing its bit to meet the demand.

Volkswagen India started exporting cars to Mexico exactly one year ago when they started shipping out the Vento to the North American country. The Polo being exported to the Mexican market is the 1.6 Highline variant.  It’s interesting to note that the export versions of the Vento and the new Polo together account for nearly every second car produced at the Pune Plant. The company has ramped up the production at its Chakan plant to meet the additional demand. 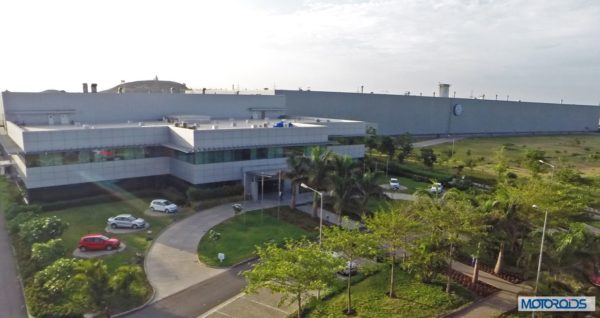 Volkswagen India started exporting cars from its Pune Plant in 2011 with the first export market being South Africa. Since then, the export operations of Volkswagen India have expanded to over 32 countries across three continents of Asia, Africa and North America. The range of cars being exported includes left-hand drive as well as right-hand drive cars. Additionally, Volkswagen India also exports parts and components of its cars to Malaysia which are assembled there for the Malaysian domestic market. Volkswagen Pune Plant has produced over 89,000 cars for export till date.

Mr. Mahesh Kodumudi, Chief Representation Volkswagen Group India said, “It is a matter of immense pride for us that we are able to export and sell both our Volkswagen models that we are producing at Pune Plant to an important market like Mexico. We will continue to deliver the international standards of quality from our Indian operations to the world.”