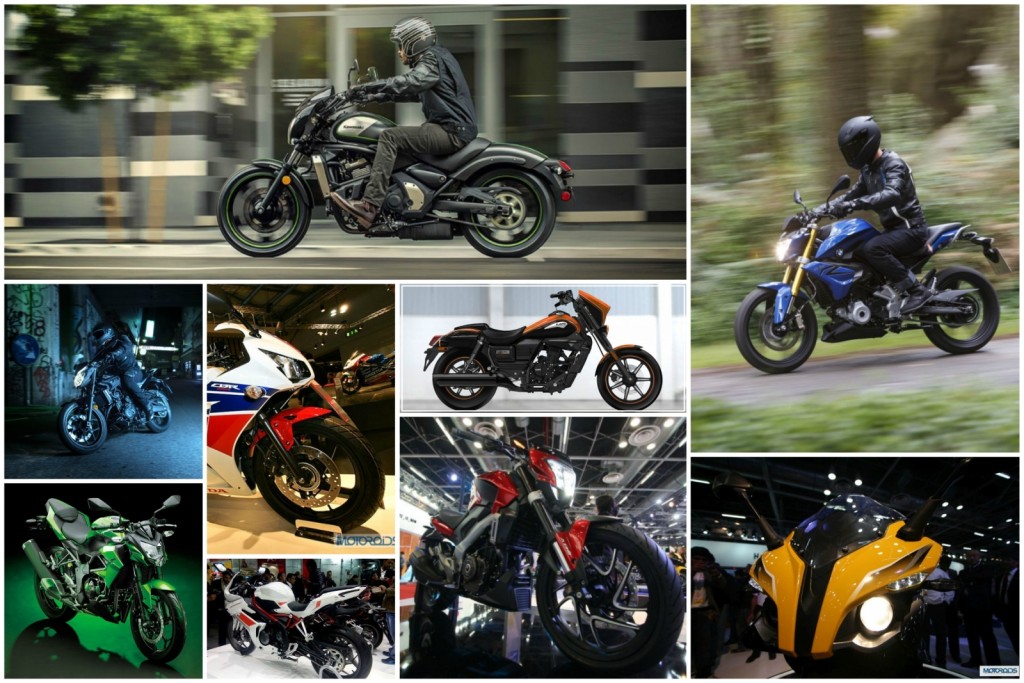 It’s that time of the year when we club the list of upcoming motorcycle and scooters that are expected to reach Indian shores in the current calendar year. Here we have compiled a list of scooters, motorcycles and all other sorts of two-wheelers which will / may hit the Indian shores in the year. This article specifically  lists the  products upto 600cc that are expected to reach the Indian shore in 2016. We will do a separate article on the above 650cc superbikes expected to be launched in India in the year ahead.

The Honda PCX is essentially for the style conscious, for those who want their ride to have presence, no matter if it’s a scooter. Small engine, big looks, big economy – get the picture? Oh, and Honda asserts that it’s a whole bag of fun to ride. Looks really unusual in a good way, and we shall be very keen on laying our hands on it once it arrives here.

Power-train: Powered by a 4-stroke, 125cc liquid cooled engine, the PCX will be the most premium scooter offering from Honda if and when it is launched. Power output is rated at about 11.5 hp with 11.5 Nm of twist at hand. 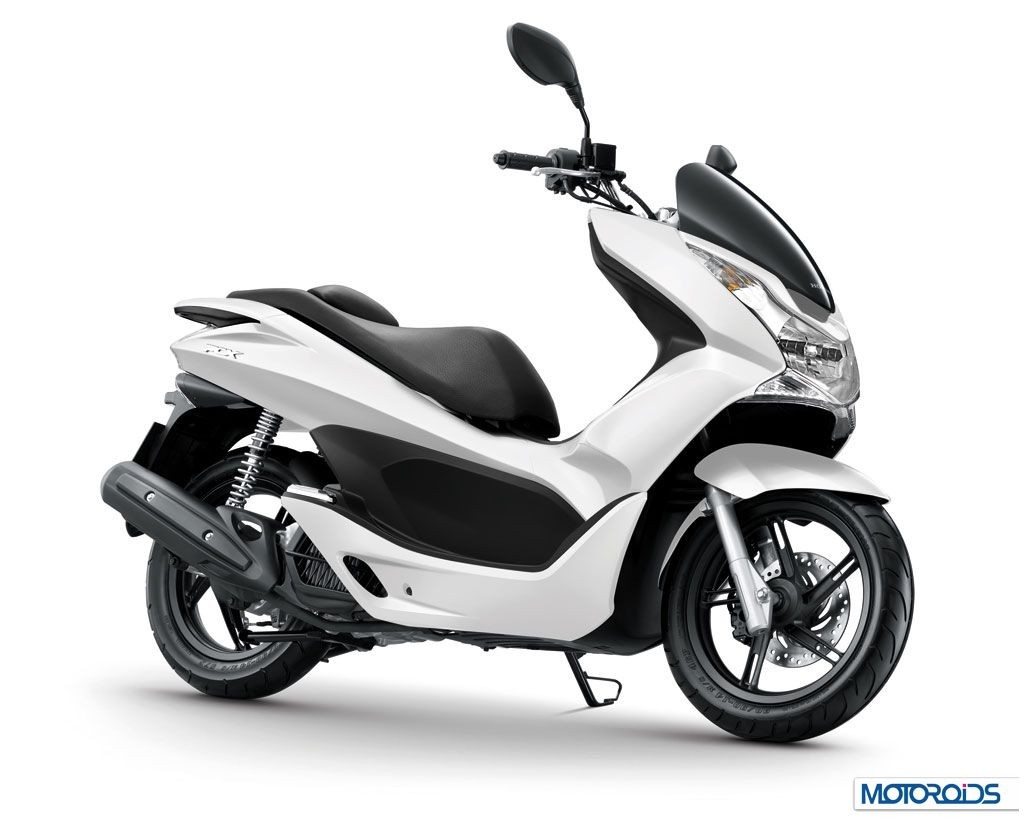 Bringing the angular styling and seat height adjustability to the 125cc segment, just like its 110cc cousin, along with a sprinkling of some fresh, funky colours and a more potent engine is the Gusto 125. It’s a feature rich scooter from Mahindra which is doing its bit to entrench the Indian two-wheeler maker well enough in its own market. A reasonably balanced product, the Gusto has its advantages in terms of features and space, though it doesn’t quite match up with its Japanese counterparts in terms of refinement and outright performance. 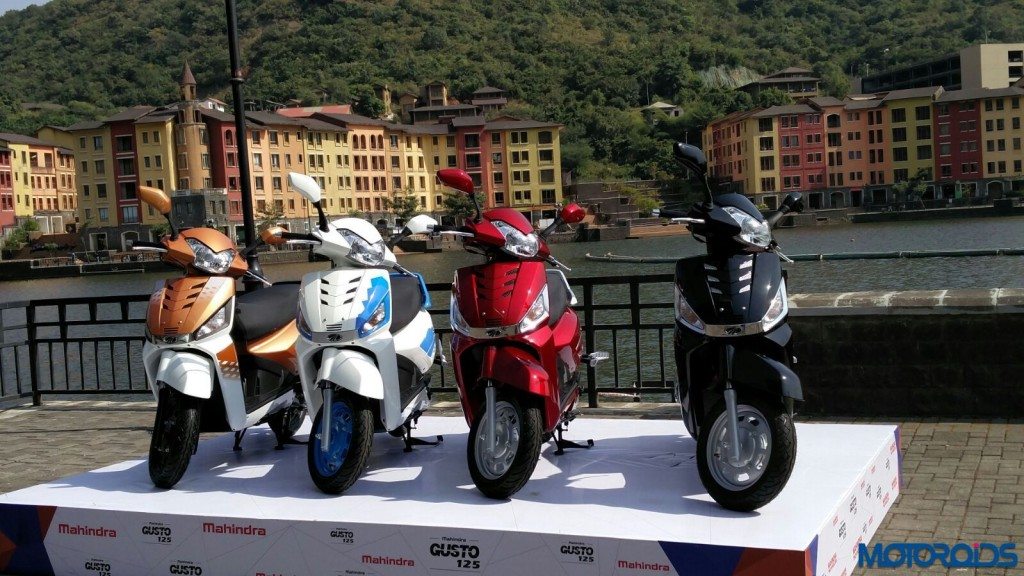 Straddling the space between a scooter and step-through with its large wheels and underbone-like styling, the Liberty is a legendary product. One of the best selling machines in its segment in the Western markets, the Liberty can unlock a new kind of a category if it works out here. Having sold more than a million units worldwide, the Liberty gets a 125cc 3 Valve engine with superior performance and better handling as compared to a conventional scooter. It also offers better ground clearance, better ride, and supposedly a commendable fuel efficiency figure too. 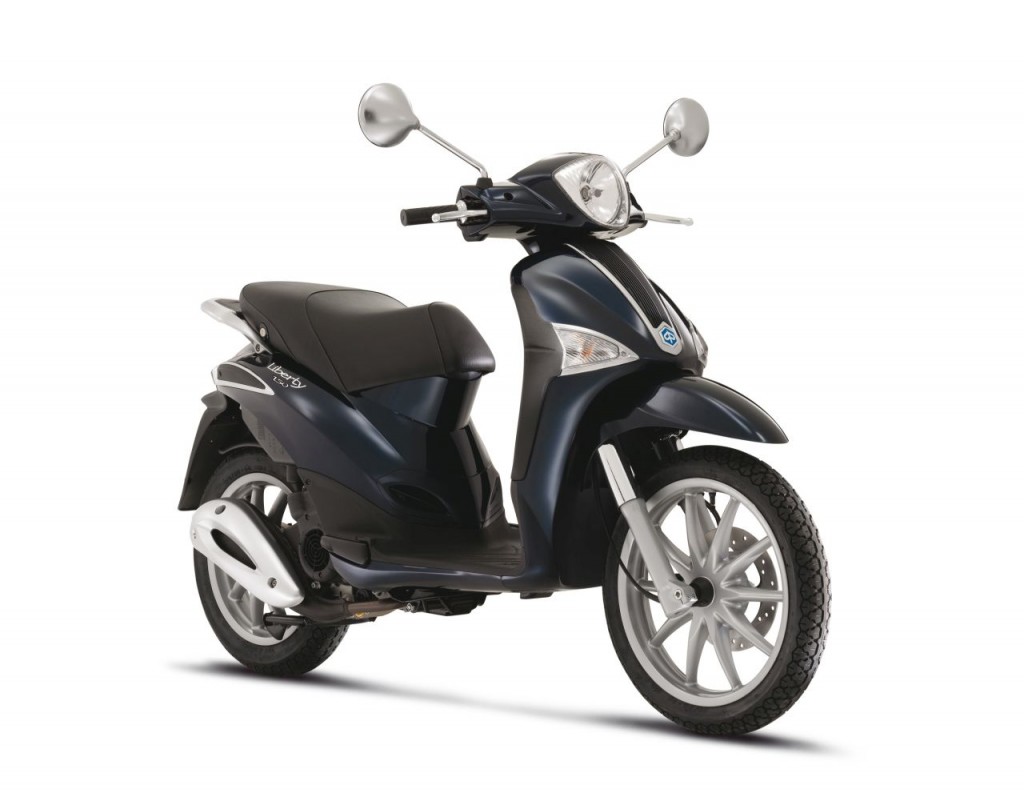 Power-train: The Hero Dare 125 is powered by a 124.6 cc engine that will produce 9.4 hp of power and 9.8 Nm of torque. It could come with LED powered headlights. The scooter has a 6 liter fuel tank with a reserve of 1.8 liters. 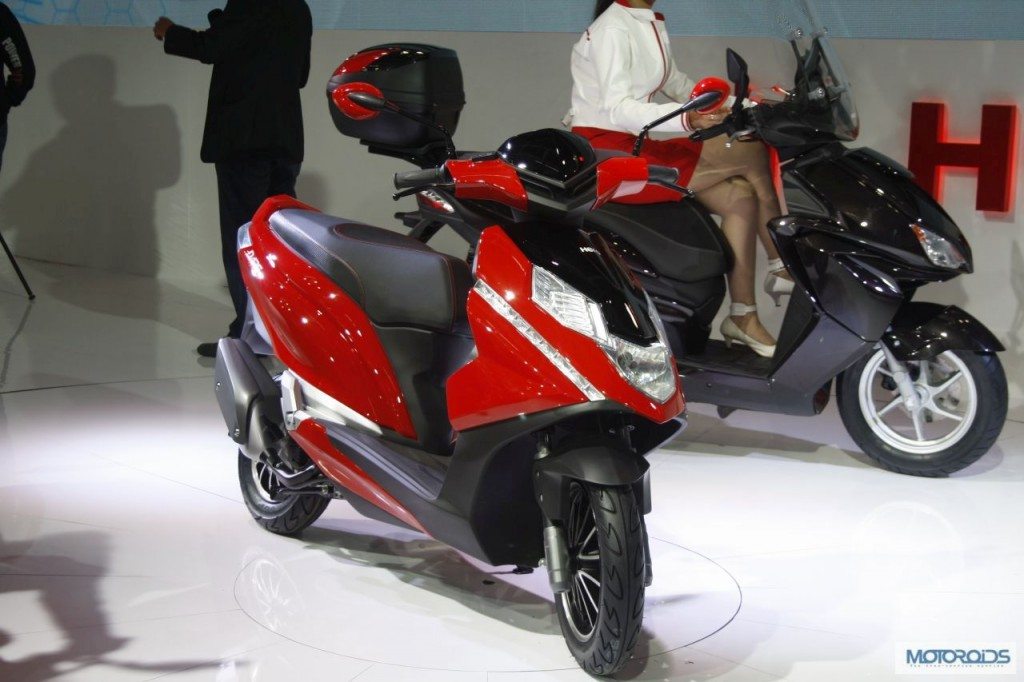 Expected Launch: Second half of 2016.

The Hero ZIR was unveiled at the 2014 Auto Expo. With an idea to expand the scooter portfolio of the company, Hero MotoCorp is in plans to launch the 150cc scooter. The design makes a distinctly bold style statement with its European-styled step seat and sporty front protection screen. 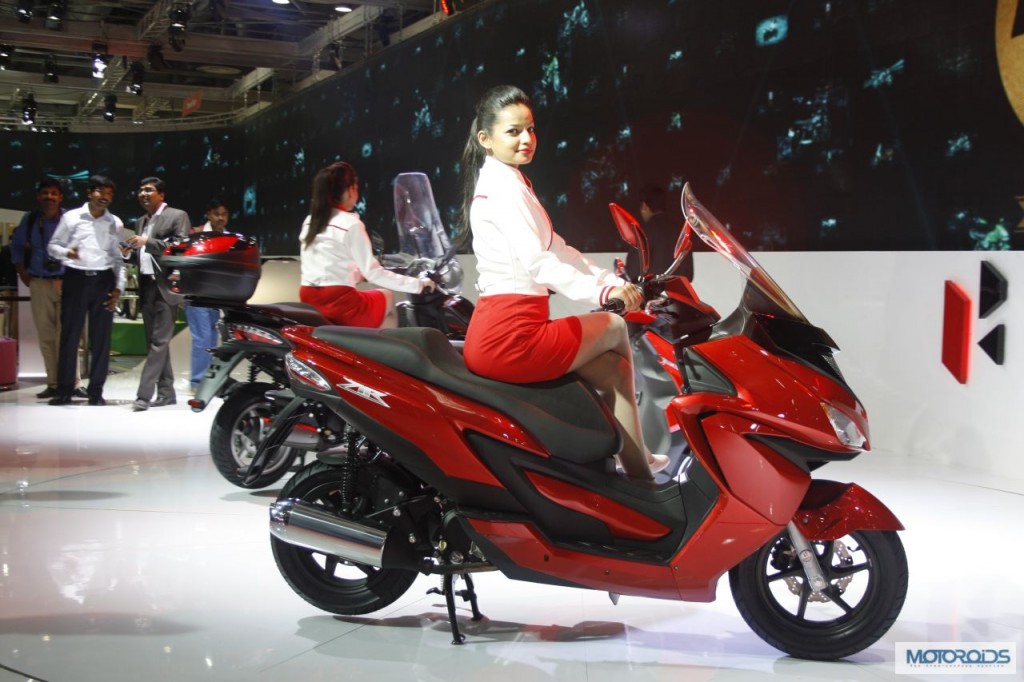 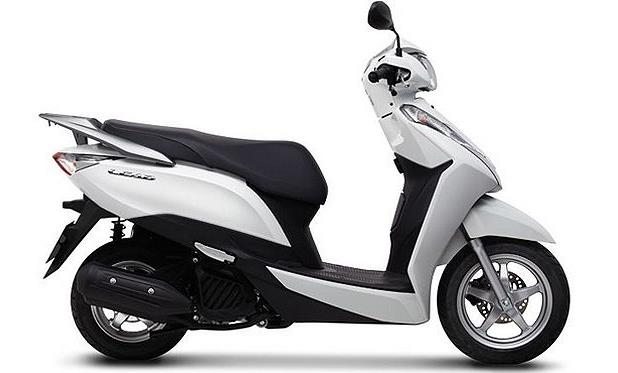 The slightly more upmarket version of the erstwhile TVS Victor is on its way to the showrooms soon. The engine config is based on the one powering the TVS Star City+. 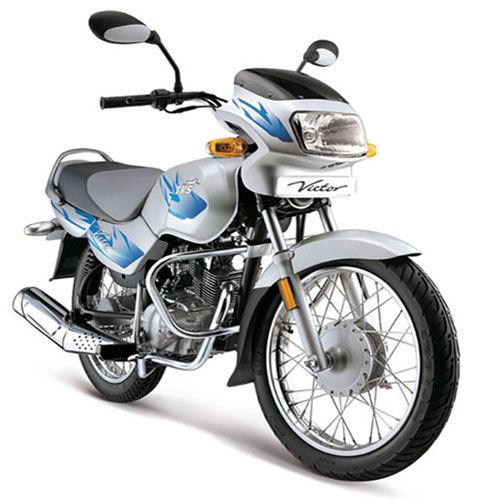 Bajaj is working on a 150 cc variant of the 200 NS. Dubbed as the 150NS, the bike will be powered by a reworked version of the extensively used 150cc engine of the Pulsar clan. It will be placed adjacent to the Adventure sports series and will retain looks of its elder 200cc NS sibling. 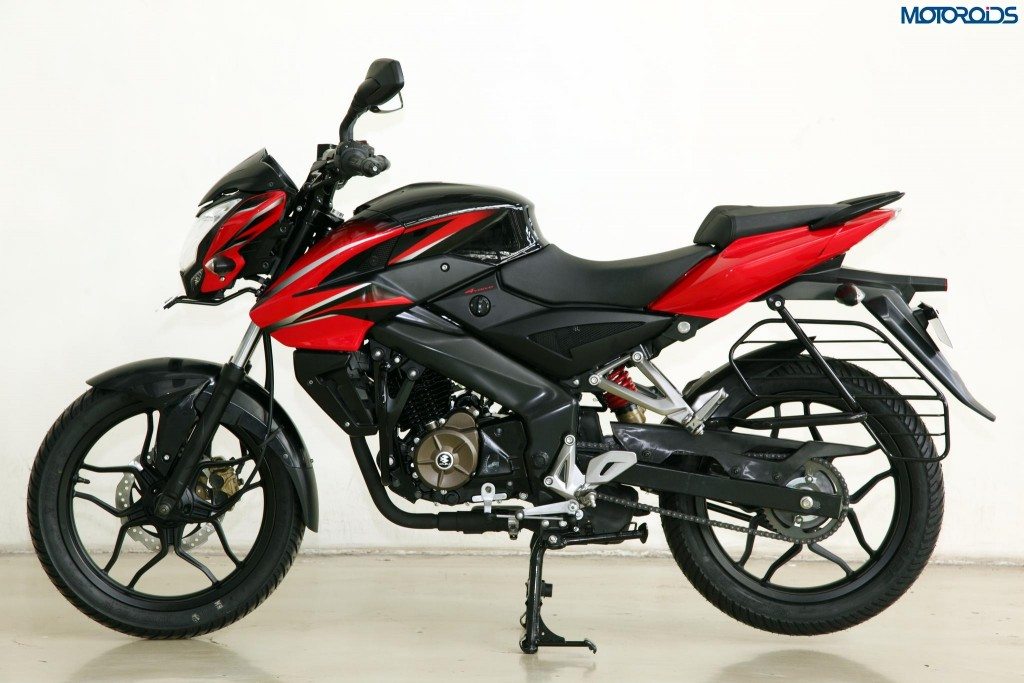 The highly anticipated TVS Apache RTR 200 will be unveiled on 20 January 2016. The bike has been completely revealed through leaked, spyshots and patent images.

Power-train: The Apache RTR 200 will powered by a 200cc single-cylinder four-valve air/oil cooled engine. The engine will be cooled off by a cooling system sourced from BMW. The power figures reportedly stand at 20.2 bhp @ 8,500 rpm while the torque is said to be around 18Nm @ 7,000 rpm. 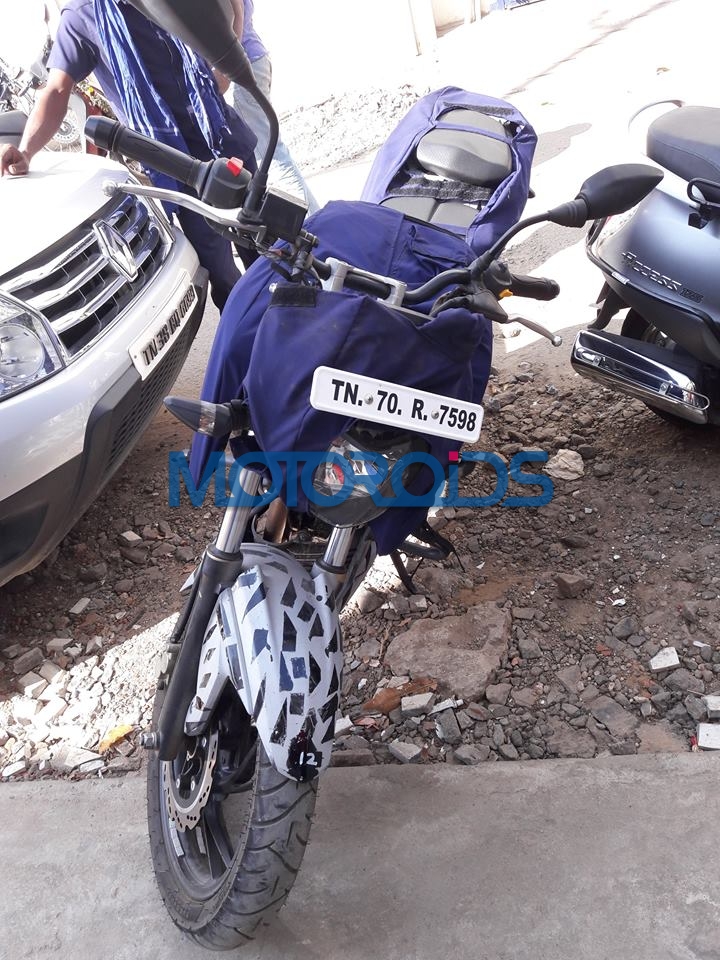 Bajaj had discontinued the 200 NS owing to the higher demand of its RS and AS siblings. Now reports suggest that the 200 NS is coming back with a 200 fuel injected engine. The bike would be powered by a fuel injected 199.5 cc engine, currently seen on the RS 200 that could increase the power output and other specifications by a marginal difference. 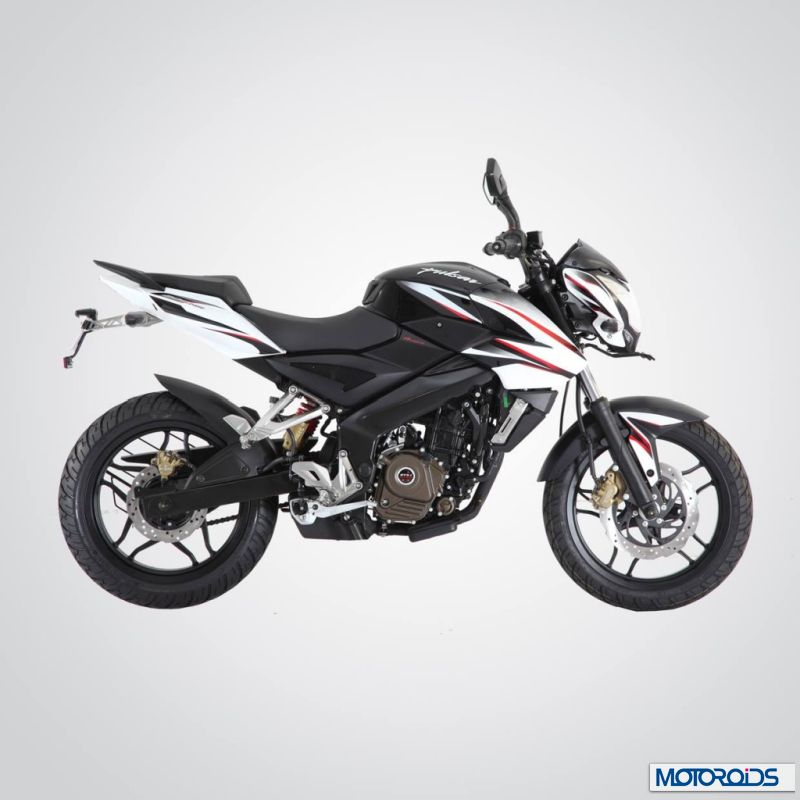 The Hero HX 250R is a fully faired 250 cc motorcycle from Here MotoCorp. The bike was unveiled at the 2014 Auto Expo. Its launch has been delayed from a very long time due to various reasons such as the bankruptcy of Hero MotoCorp’s partner EBR who played a vital role in the bike’s development.

Power-train: The HX 250R will come powered by a 250cc, 4 stroke, single cylinder, fuel injected DOHC, Liquid cooled, engine that has a max power of 31 PS and a max torque at 26 Nm. 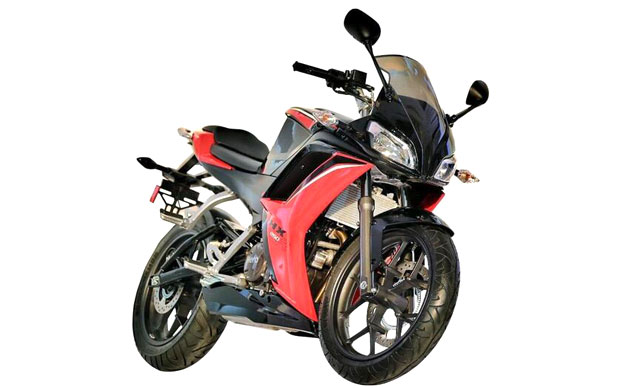 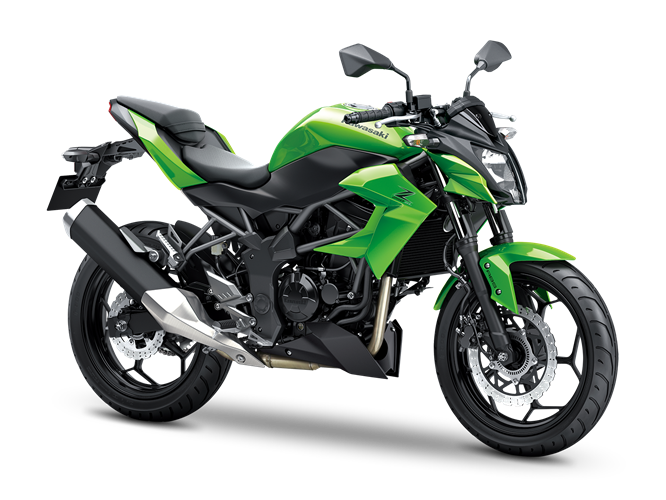 The GD250N was showcased at the 2014 Auto Expo as well, but couldn’t quite manage to make it to our shores even after an interval of two years. The GD250N is a streetfighter in a segment which isn’t hot enough for the honed enthusiasts any more. Liquid cooled parallel twins may have taken up that space, but the bike can still turn decent numbers if priced well. List of features includes projector headlights, upside down front suspension and an underbelly exhaust to name a few. It also receives a side-mounted rear suspension.

Power-train: The bike is powered by a single cylinder 249cc, liquid-cooled, fuel-injected machine with 28 horses and 24.17 Nm of twist. The power is sent to the wheels by a six-speed manual transmission. 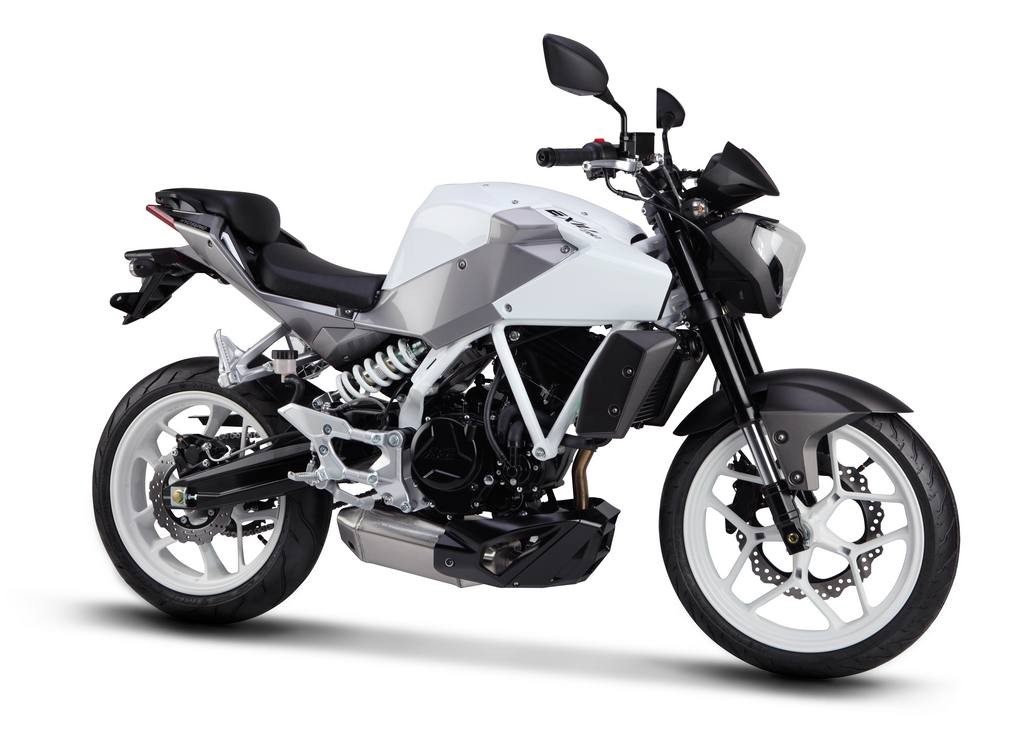 A bigger, more powerful and even more aggressively styled step-up to the highly successful Gixxer 155 and its SF cousin, the GSX is one motorcycle which has the potential to infuse new life in the stagnating 250cc segment. While reports suggest that it will have the same engine as the relaxed Inazuma, we’d like to think that the parallel twin engine from the tourer will be thoroughly overhauled to lend the bike a revvy, sporty character and considerably more power.

Power-train: A 248 cc liquid-cooled inline-twin engine expected with 26 PS of power and 24 Nm of torque. The power is pushed to the wheels by a six-speed gearbox. 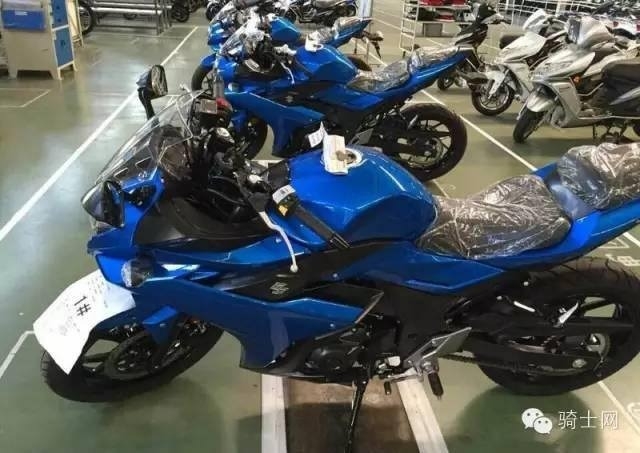 The Benelli Tornado 302 was unveiled at the 2015 EICMA. It is the fully faired sibling of the TNT300.

Power-train: The Tornado 302 propelled by a 300cc inline twin cylinder, 4 stroke, liquid cooled engine which delivers a peak power of 35.3hp and a 27 Nm of peak torque.  The power is sent to the rear wheel via 6 speed transmission. 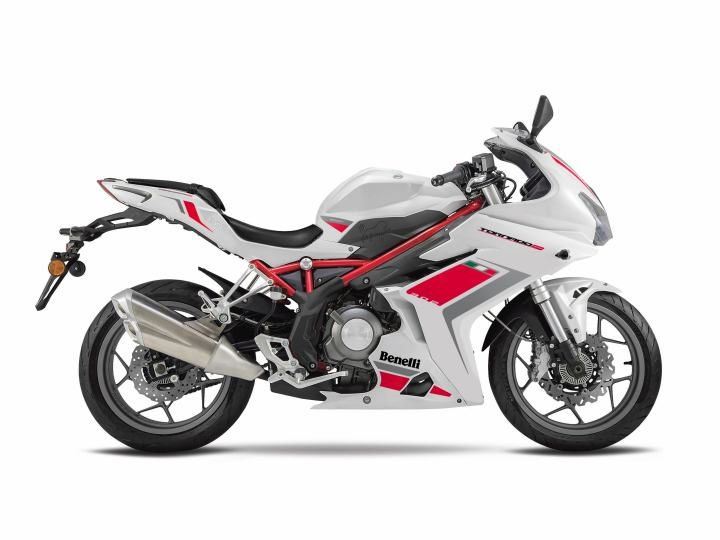 The much awaited TVS BMW G310R is expected to hit the Indian markets early this year. The TVS-BMW tie-up has garnered a lot of attention and so has their G 310R. The bike is expected to roll out with a fully faired version with a retuned engine to match its characteristics.

Power-train: The G310R is powered by a 313cc liquid-cooled single-cylinder engine. The four valves and two overhead camshafts together with electronic fuel injection generate 34 hp of power at 9,500 rpm and 28Nm of torque at 7,500 rpm. 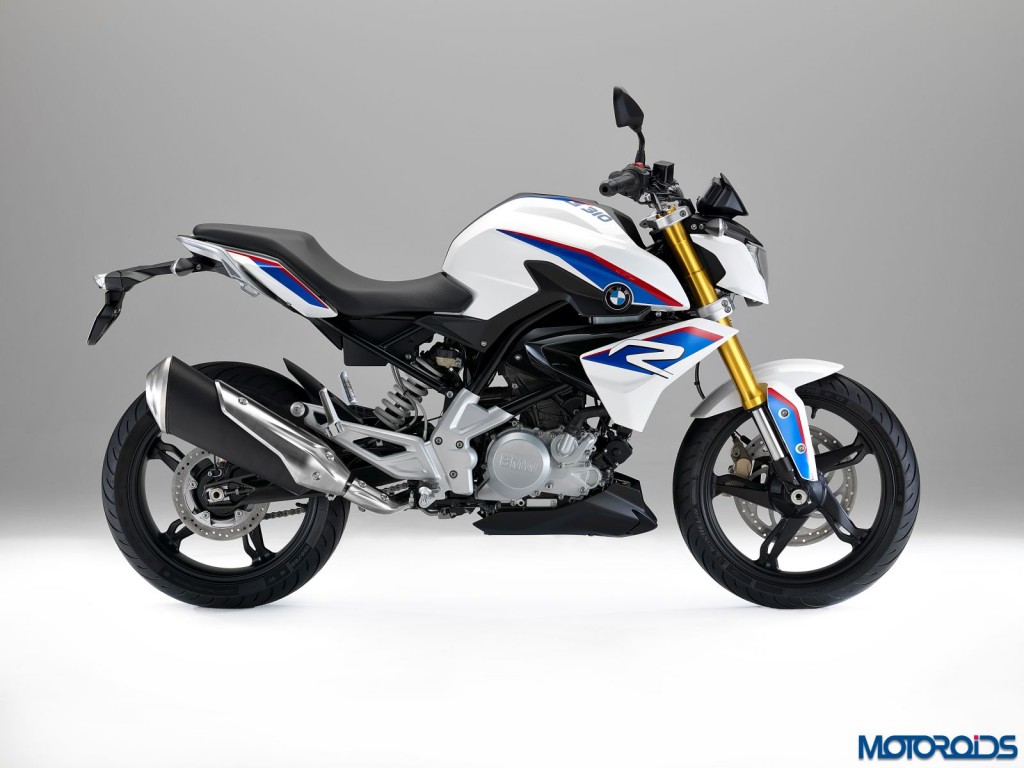 From the time of the launch of, the Honda CBR250R has not been upgraded in the real sense, nor is the void between the 650F and the 250cc being bridged by any other bike. Honda aficionados are waiting for an upgrade since then. On the design front the CBR300R borrows cues from its bigger sibling, CBR1000RR. 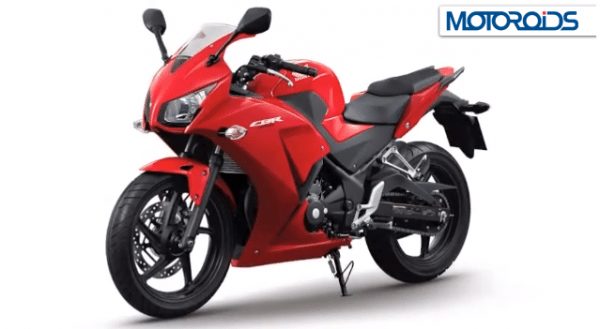 The 2016 Ducati Scrambler Sixty2 was unveiled at the EICMA, extending the Scrambler family of Ducati. The Sixty2 is a easy to handle motorcycle with low running costs and does not miss out on the unique Scrambler spirit. 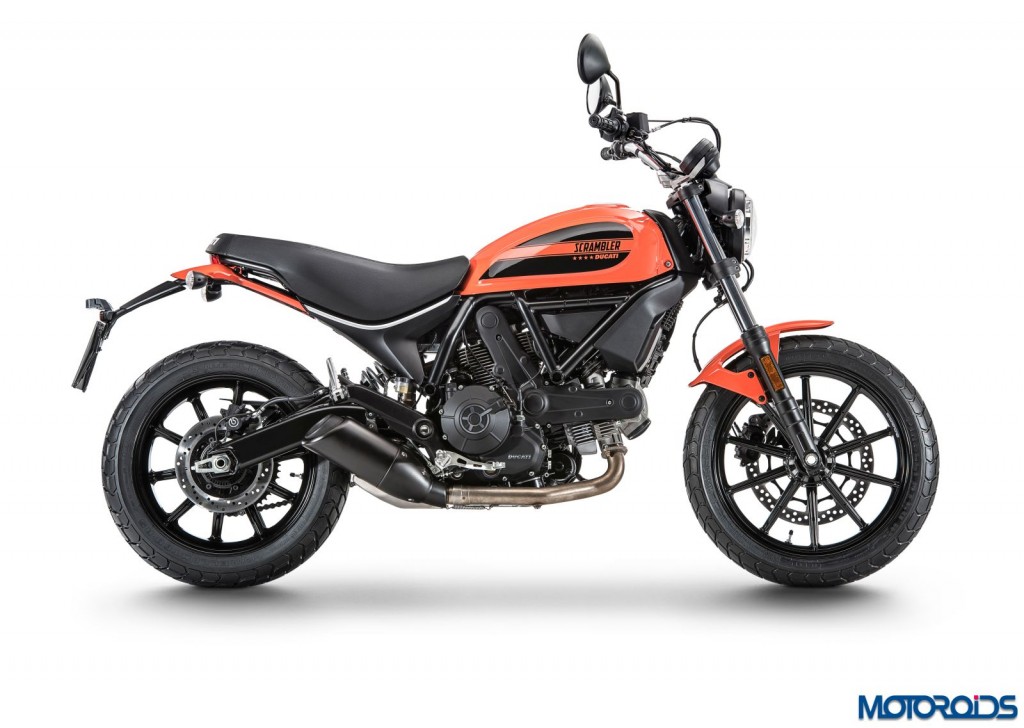 The freshest bike from the Royal Enfield’s stable is going to here soon. The highly anticipated, Royal Enfield Himalayan will roll out in two variants, one with a urban demeanour and the other for adventure off-roading.

Power-train: The Himalayan will debut with an all-new 410cc, oil-cooled engine that will spout power of around 24 bhp. The engine will be strapped to a five-speed transmission. 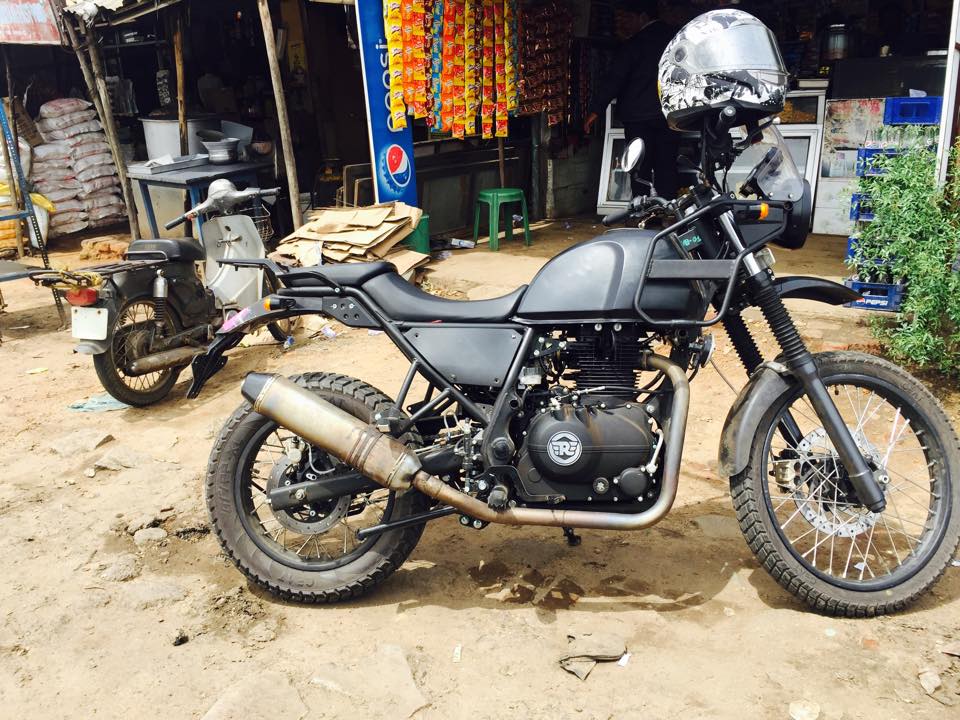 There are four offerings from the United Motors’ stable that will hit the Indian shores this year. The UM Renegade cruisers debuted at the EICMA last year. Since then Cruiser-lovers have been waiting for its India launch. 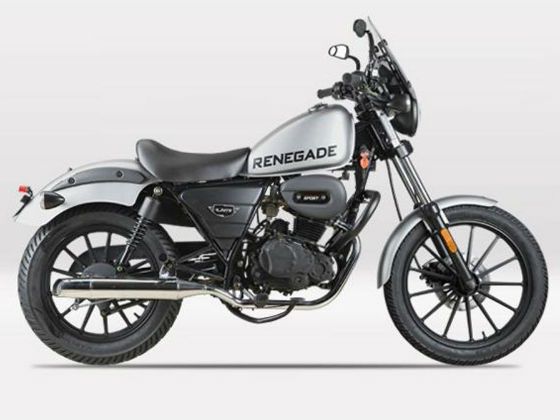 The UM Renegade Sport 196cc will be powered by a single-cylinder, 4-stroke, air-cooled engine good for 15.22hp of power and 14.67Nm of torque. 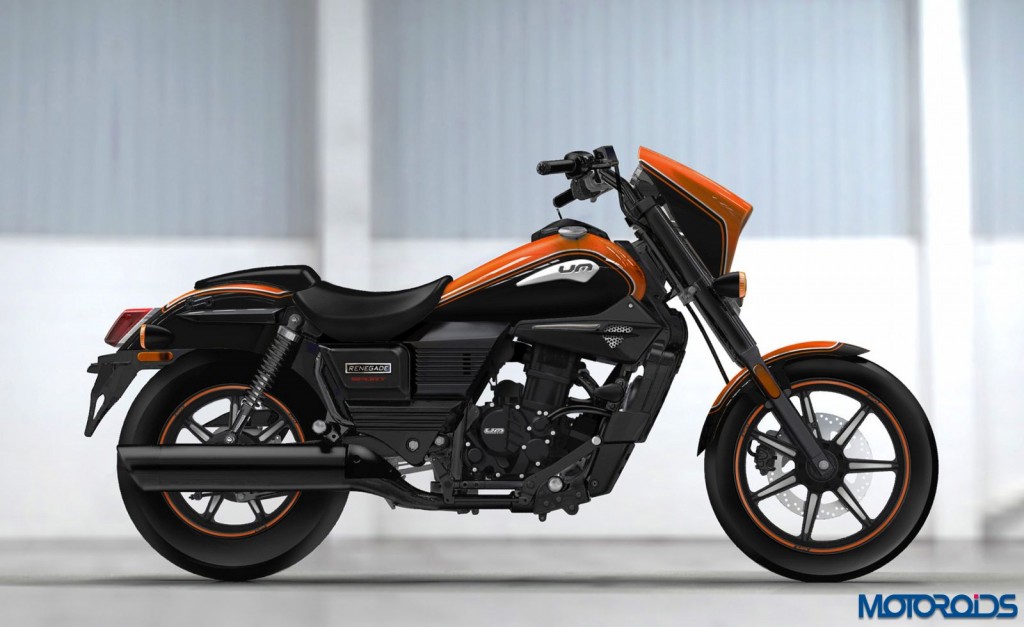 The UM Renegade Sport S cruiser will draw power from a 279cc, fuel injected, water cooled engine that generates power of 26.6 PS at 8600 rpm and 22.76 Nm of torque at 6300 rpm. The power is sent to the wheel by a six speed gearbox. 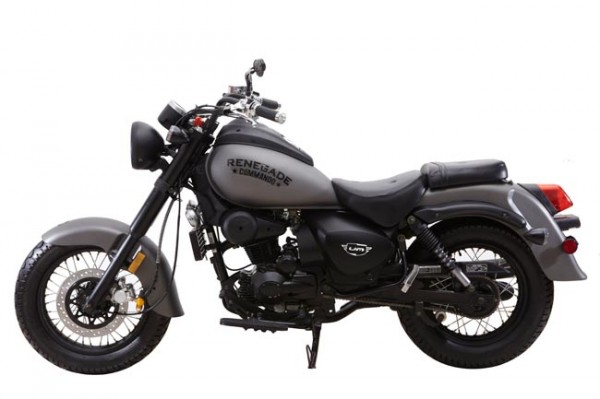 The Renegade Commando also belongs to the cruiser segment and will be powered by a 223cc single-cylinder, four-Stroke, air-cooled engine. The power figure generated is 18hp while the torque stays at 15.5Nm. The engine is coupled with a five-speed transmission. 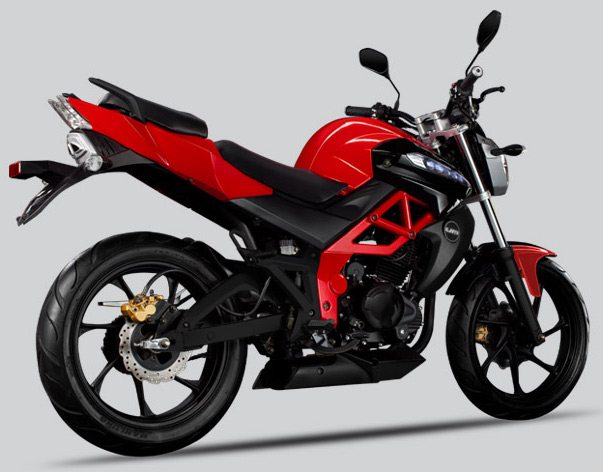 The fourth offering from United Motors is a naked sport bike, called the UM Renegade XTreet. The streetfighter is powered by a 223cc four-stroke, single-cylinder, air/oil-cooled engine tied with a 5-speed gearbox. The engine will generate 17.28hp of power and 16.54Nm of torque.

Expected Launch: The UM product portfolio for India will be launched at the 2016 Auto Expo.

The Yamaha MT-03 was introduced at the EICMA 2015. Following the unveil its India launch is expected to happen this year. The street-fighter will be reportedly brought to the Indian shores via CKD route. 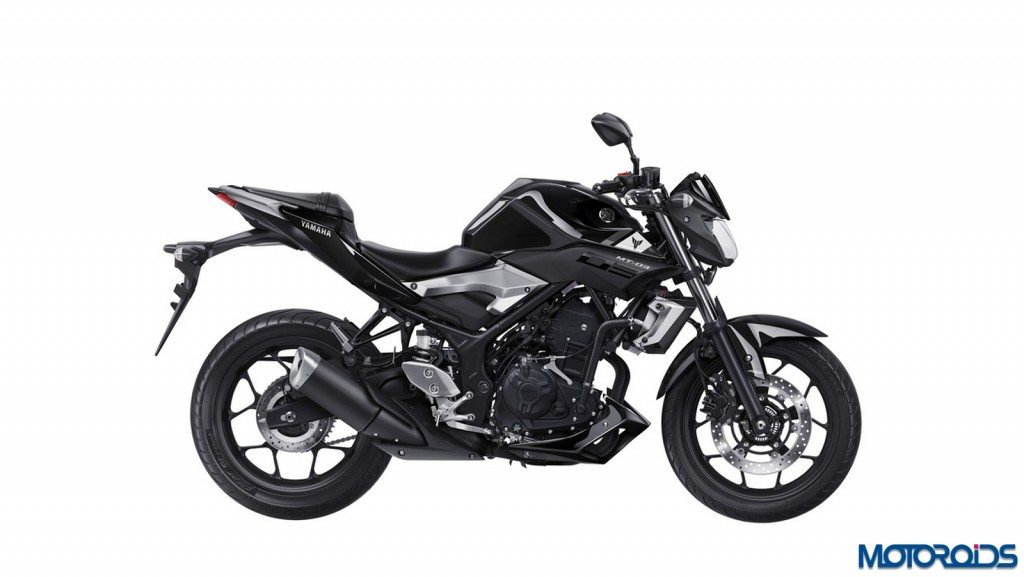 The 400cc Pulsar duo were unveiled at the 2014 Auto Expo, since then enthusiasts have been waiting to see them at the dealerships. This year might be a good time for them to come out of the wraps. 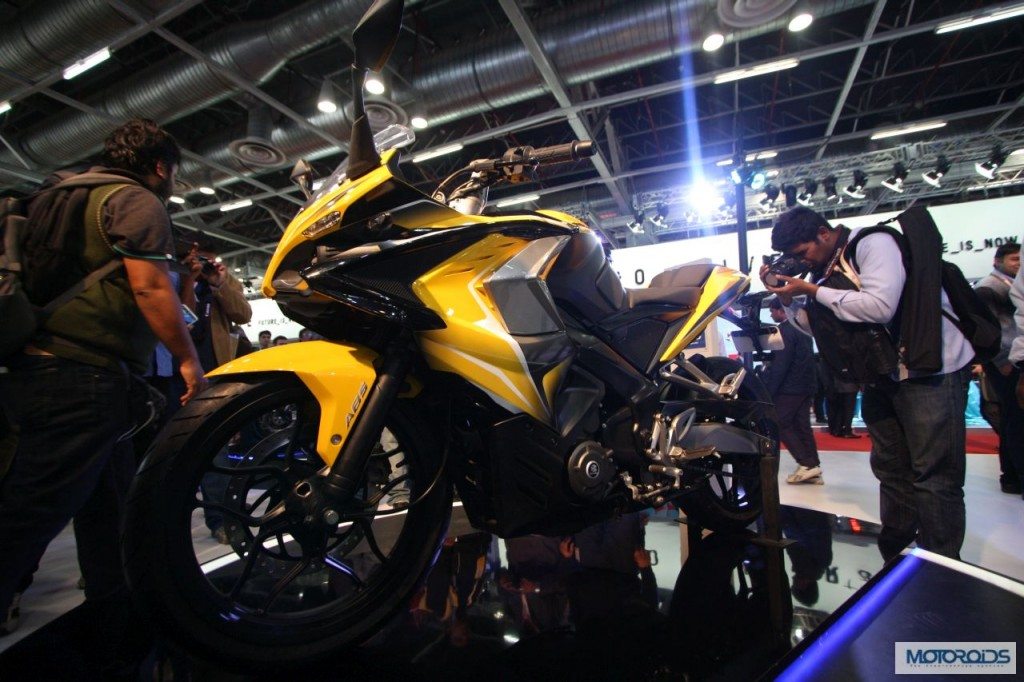 The Pulsar 400 Super sports (SS) is a fully faired bike that will be powered by a 375cc single-cylinder engine that will produce around 41bhp of power. The engine will be tied with a 6-speed transmission. 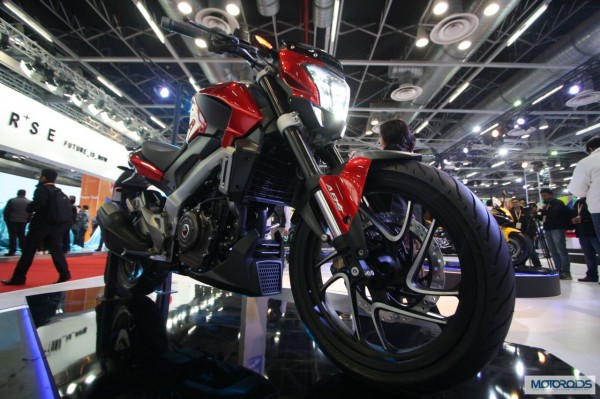 The Pulsar CS 400 is the cruiser sports variant of the 400cc segment. It is powered by the same fuel injected 375cc liquid cooled 4 valve single cylinder engine that powers the SS 400. The power will be pushed to the wheels by a six speed manual gearbox.

The cosmetically updated Kawasaki Vulcan S Cafe and Vulcan SE Special Edition were recently revealed. The middleweight cruiser, dubbed the Vulcan S is powered by a retuned engine burrowed from the Versys 650 and ER6 range.

Power-train: The 649cc, liquid-cooled, DOHC, eight-valve engine delivers a better low-end and mid-range grunt. Power and torque is at 61hp and 62Nm respectively. 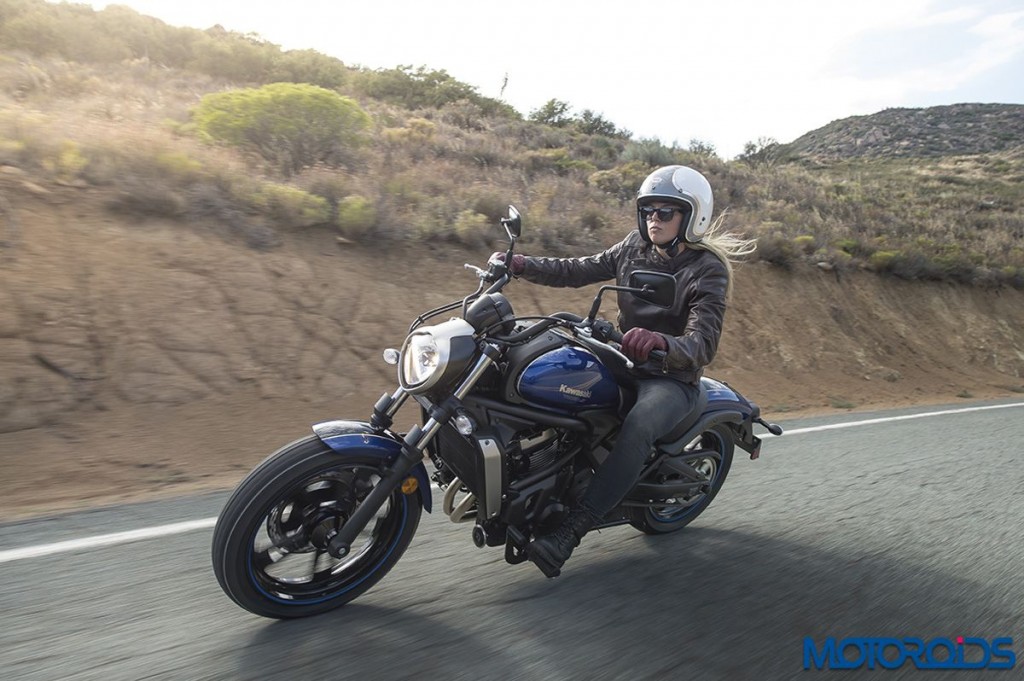 Power-train: Powered by a 636 cc, in-line four motor that makes 129.2 bhp of power at a rather high 13,500 rpm and 70 Nm of torque at 11,500 clicks, the middleweight Ninja comes equipped with a slipper clutch to accompany that high revving engine, ABS and traction control. 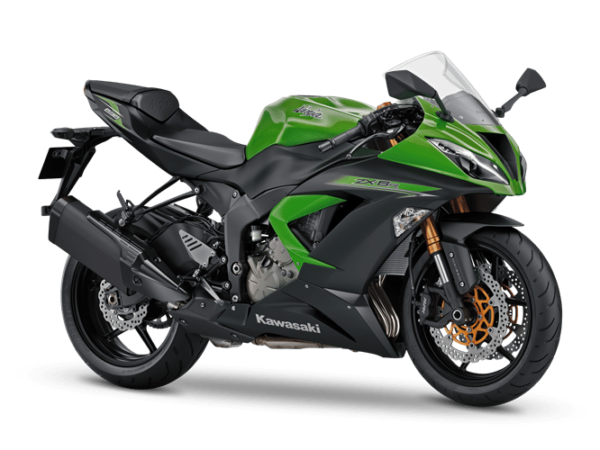 We hope to see and hear more details about most of the listed products at the upcoming 2016 Auto Expo in Delhi. Team Motoroids would be covering the event LIVE so do tune in for all the latest updates. Meanwhile, share your views about the aforementioned products through the comments section below.