Home Auto and Motor Shows [UPDATED] VIDEO: This is it! The TVS Apache RTR 200 4V revealed through leaked images and video

For the first time in months the upcoming TVS Apache RTR 200 4v is finally revealed sans camouflage through leaked images of a brochure. The launch of bike is just a couple of days away, on 20th January. Following the launch we will lay our hands on the Apache 200 and give you the much awaited ride impressions and review.

The photos that have surfaced seems to be of the official brochure or presentation. They reveal almost evry detail of the upcoming bike. Have a look! 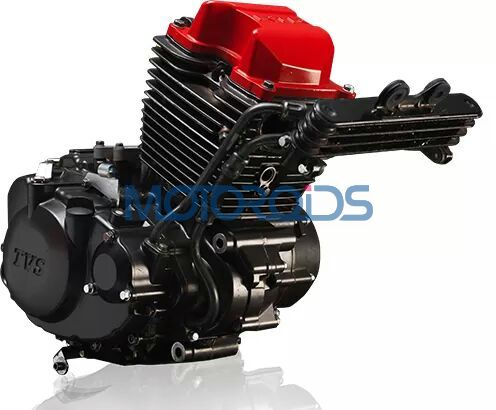 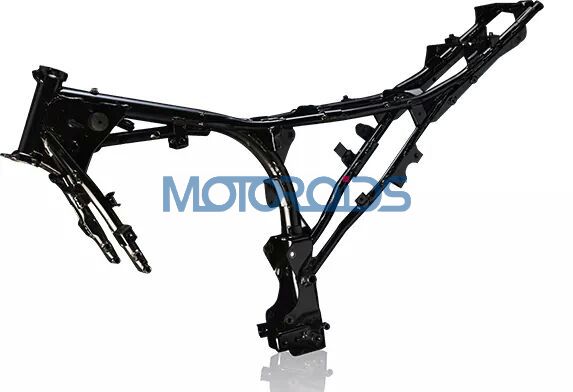 Double down tube chassis with engine as the stress member 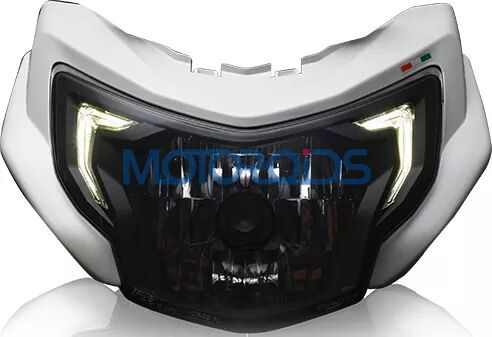 Minimalist fairing on the headunit

TVS ApacheRTR 200 4V sports a conventional headlamp cluster snug into a head unit with minimal fairing. The standard headlamp is flanked by edgy, C-shaped LED DRL strips on either side. The cluster provides the Apache with a refreshed aggressive look. The all-digital instrument console shows a tachometer sans red-lining indicators placed on top of the panel. A digital clock, gear position indicator and an service reminder icon is huddled to the left of the panel. The speedometer sits at the center of display with a fuel indicator below it.  The Odometer, trip meters dwell in the extreme right corner of the display. Tell-tale indicators like, turn lights, fuel, neutral, ABS – are placed on the plastic panel housing the digital display. 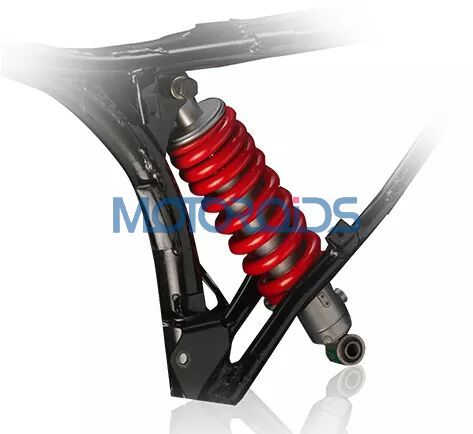 The mono-shock setup on the rear

Checkout the video embedded below of the TVS Apache RTR 200 4V displaying a live instrument panel while the engine is fired up. The video also gives an idea of the exhaust note. 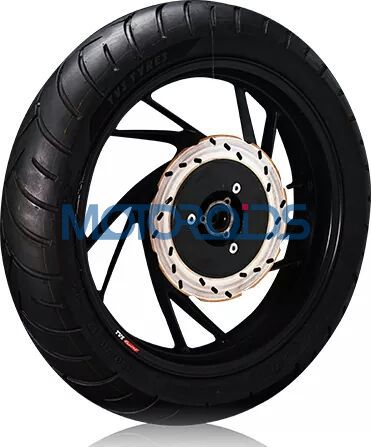 The images suggest that the displayed version is for the Indian market, since the tyres fitted to the turbine style 5-split spoke wheels are from TVS. The export variant will be shod with Pirelli Angel-GT kit.

The bike has created a lot of buzz in town, and is set to be out of the official wraps in just a few days. The bike looks like a decent package but lacks to stand apart. The power figures are not healthy enough to take down the Pulsars and KTM of the segment but the Apache is claimed to beat the KTM Duke 200 on the 0-60kmph phenomenon. While that is what the bike boasts about, but it is about time to see it lock horns with its competitors. Stay tuned for more info from the launch event and our review.