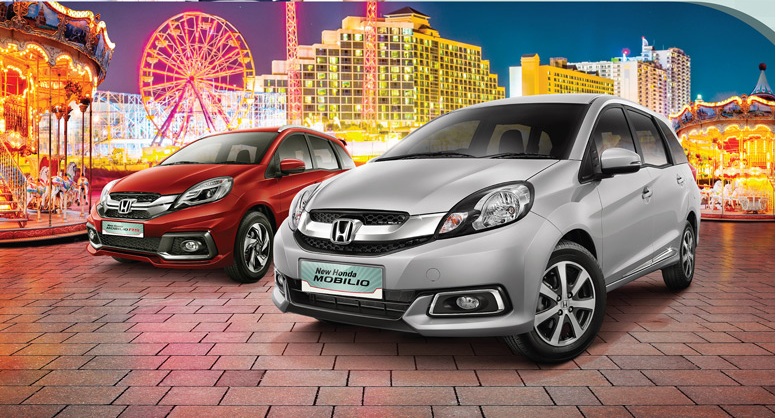 Honda Indonesia has launched the 2016 Honda Mobilio with a number a updates around two years after the MPV was originally launched in the country. The changes to the exterior are limited only to the alloy wheel design and the fog lamp but the interior is where the majority of the updates can be seen. 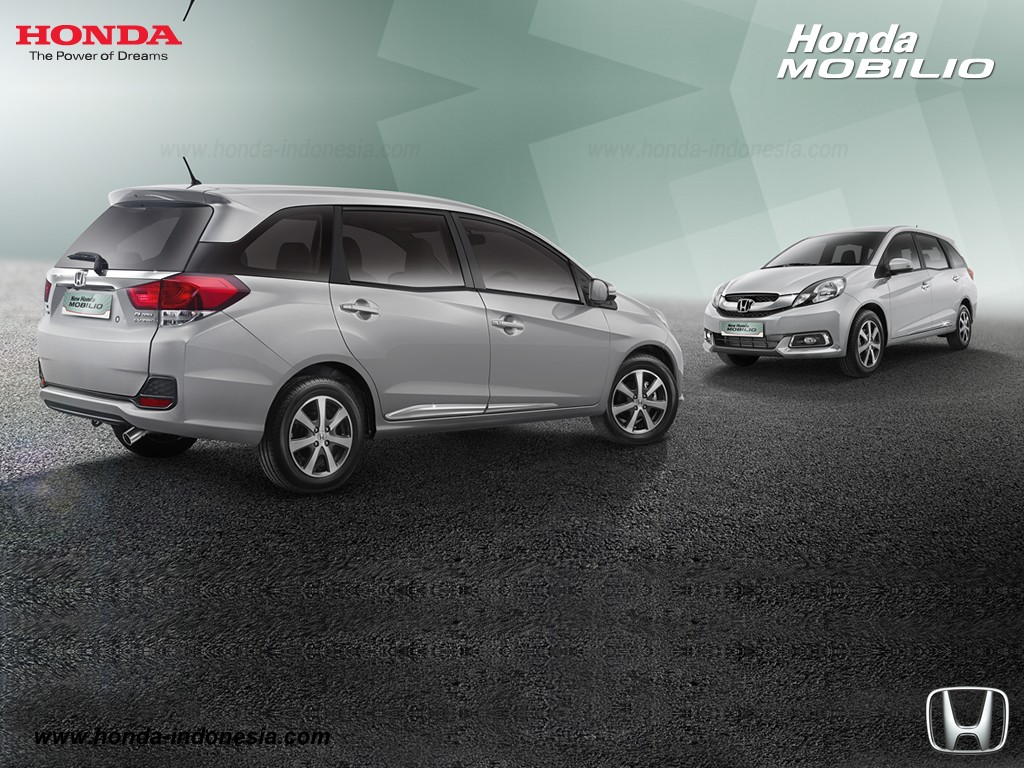 Changes to the interior include a refreshed instrument cluster, dashboard, and center console. The pre-facelift model of the Mobilio shared the dashboard design and instrument cluster with its sibling, the Brio hatchback. This three pod cluster is replaced by a single unit that features the speedometer in the center, the rpm meter to the left and the tell-tale lamps alongside the fuel gauge to the right side of the display. 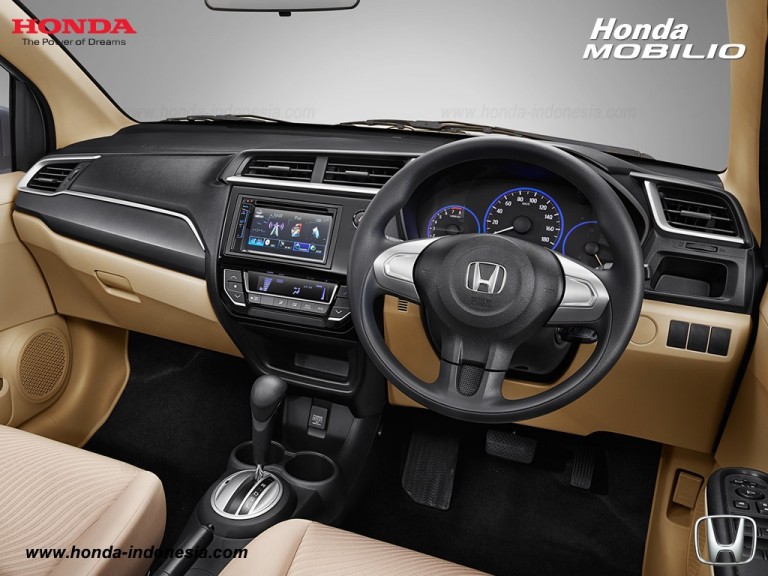 Coming to the dashboard, the conventional design is replaced with a fresh one that has been taken from the upcoming Honda BR-V. Carried on from its predecessor is the dual tone theme on all the variants except the RS variant which gets an all black dashboard. The air conditioning vents, taking inspiration from the City, are now rectangular in shape as opposed to the circular shape in the earlier model of the Mobilio. Positioned below the driver-side A/C vent is a small storage bin which may be able to fit a mobile or a wallet. 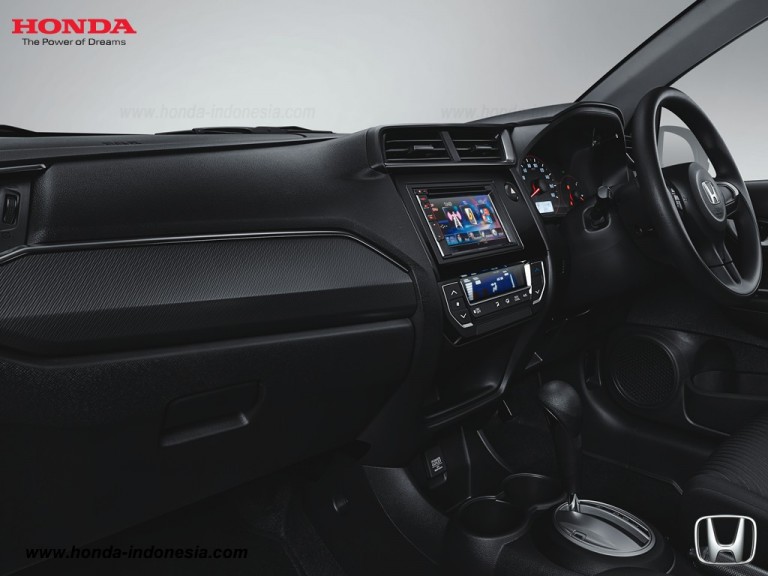 An updated design on the center console does away with the conventional knobs for the buttons that are used for the new climate control feature. Below the AC vents is a touch screen entertainment system with an integrated reverse camera. The AC knobs make way for a large storage panel.  The only design that seems to be carried on is the 3 spoke steering wheel but an addition being the chrome accents. 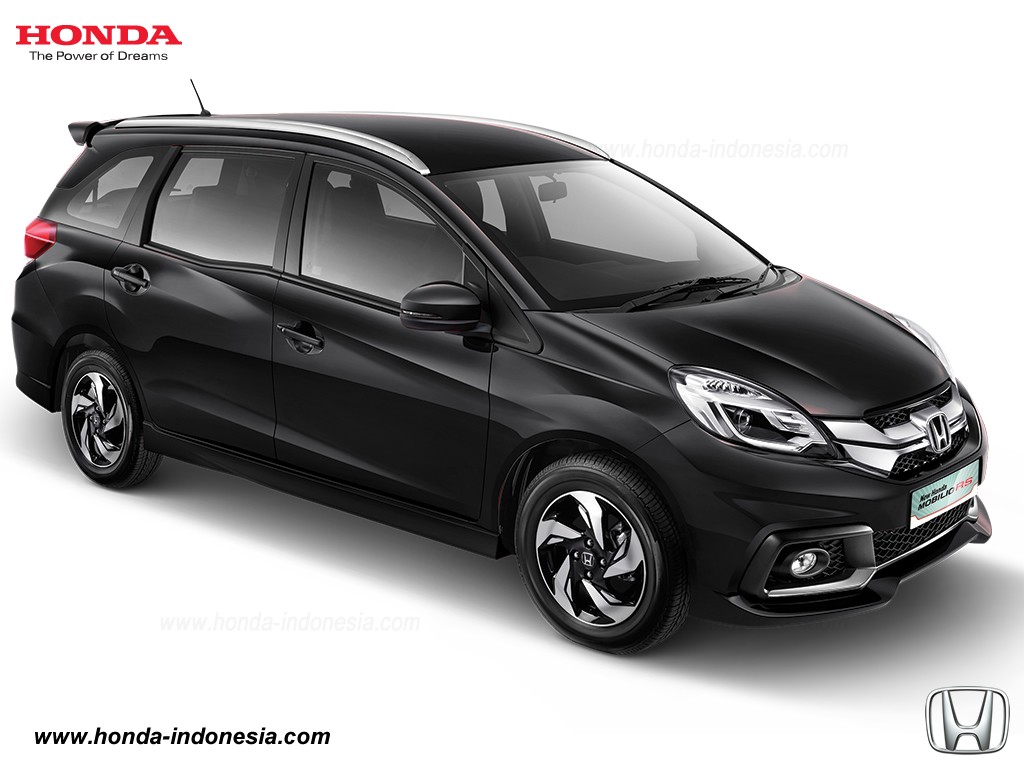 On the outside, the Mobilio’s alloy wheels get a new design while the fog lamp is now surrounded by a chrome trim. The powertrain options don’t feature any changes either, with the 1.5 litre i-VTEC engine producing 118 PS of power and 145 Nm of torque. Transmission duties on the Mobilio are taken care of by either a 5 speed manual transmission or a CVT gearbox.

The top of the line RS variant can be distinguished from the other variants due to the varying design of the alloy wheels, the chrome grille and the headlamps. These features are carried on from the previous generation of the Mobilio RS variant with the only update being the new design of the front bumper.

Although there is no official news from Honda India regarding the 2016 Mobilio, we expect them to bring this updated model to Indian shores soon citing the fact that its rival, the Maruti Suzuki Ertiga recently received a facelift.