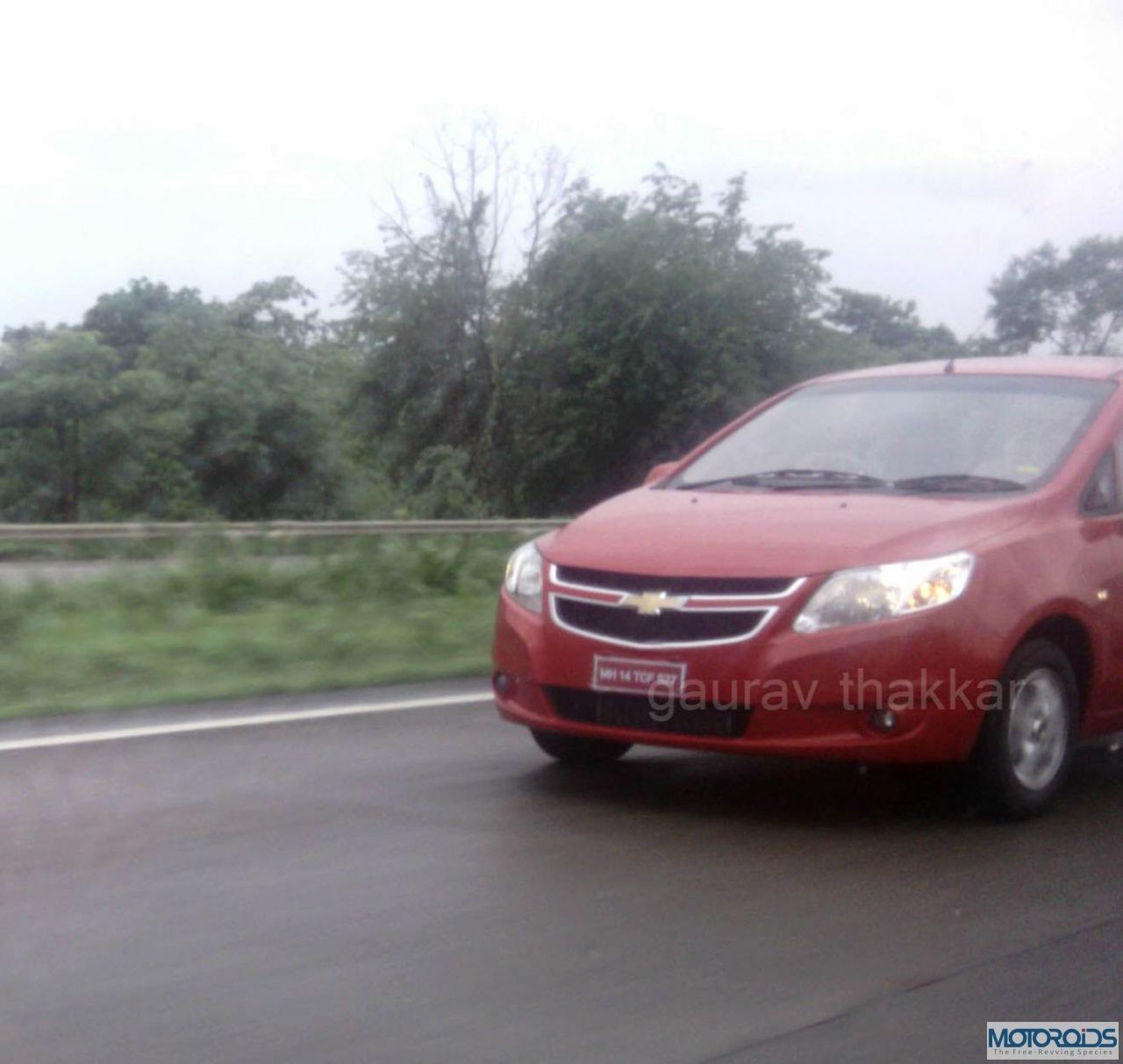 Motoroids’ eagle eyed reader Gaurav Thakkar has managed to take these spy images and a video of the upcoming Chevrolet Sail hatchback. Gaurav managed to click the images on the Mumbai – Pune expressway while returning from Pune. In the first look, the Sail, though not very ostentatious and flashy, looks like a big, tall and practical car. The space should be one of the USP’s of this one.

As described by Gaurav, he was instantly able to recognize the car as there was no camouflage on it. The driver, who seemed to be a petrol head himself, started accelerating hard instantly after realizing that he was being chased. The acceleration was impressive, with the car reaching a speed of upto 150 km/h without taking much time. Not good enough, however, to outpace Gaurav in his Linea though. The car felt amazingly fast for a 1.2 petrol.

Gaurav was also lucky enough to have shot a video of the car, which also has a Punto running next to it in one of the grabs to let the readers understand its size and proportions better. According to Gaurav, the car looked bigger and taller than a Punto, Figo or Swift.

A basic, yet functional design, with lots of space, powered by what seems like a spunky engine and from what we expect, a reasonable price tag – the Sail should be able to spin some more volumes for the General besides its smaller sibling, the Beat.