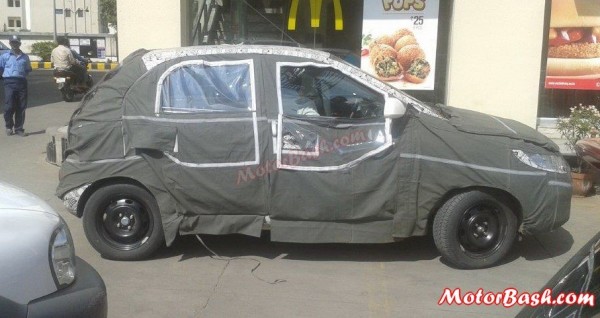 It is almost raining 2014 Tata Vista facelift spy pics! Less than 3 days ago, we posted spy pics of the interiors of the upcoming Vista and now, yet another set of 2014 Vista spy pics have surfaced on the web world. These pics were taken outside a McDonalds outlet in Pune, where the test drivers were probably busy having a go at a Maharaja Mac. 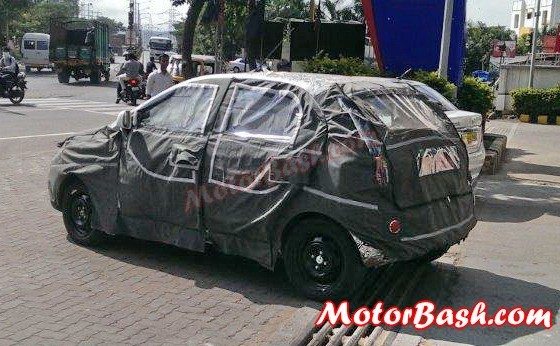 Thanks to a set of new bumpers, the Vista facelift would be marginally longer than the current model. The car would also get a new front grille and a set of new headlamps, all of which would make the car’s front end similar in appearance to that of the Manza hybrid we saw at the 2012 Auto Expo. The biggest change however, will lie at the rear. The 2014 Tata Vista will not sport the typical X-Mas tree styled taillamps and would instead get more conventional units. The registration plate housing too would move upwards and on to the rear hatch.

On the inside, the car is expected to remain visually unchanged but safely expect a longer features list and higher quality of materials.

Engine options, in all probability, would be carried over from the current model. However, expect them to be bestowed with minor tweaks for improved fuel efficiency.