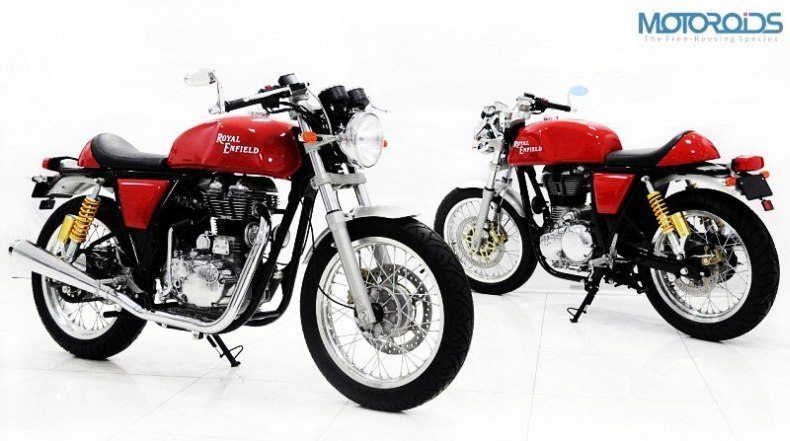 UPDATE (12/08/12)- What we have here in the lead image might be first ever Studio Shot of the upcoming Royal Enfield Cafe Racer 535. The image has surfaced on the cyberspace and indicates that RE is close to launching the Cafe Racer in the market.

It may be noted that we first saw Cafe Racer up close at the 2012 Delhi Auto Expo and the production spec of the bike was showcased recently at the EICMA, Milan. The production-spec RE Cafe Racer looks almost similar to the bike we saw at New Delhi. However, RE has made a few changes to keep the costs low and as can be easily guessed, the bike sports a 535cc single cylinder UCE engine. 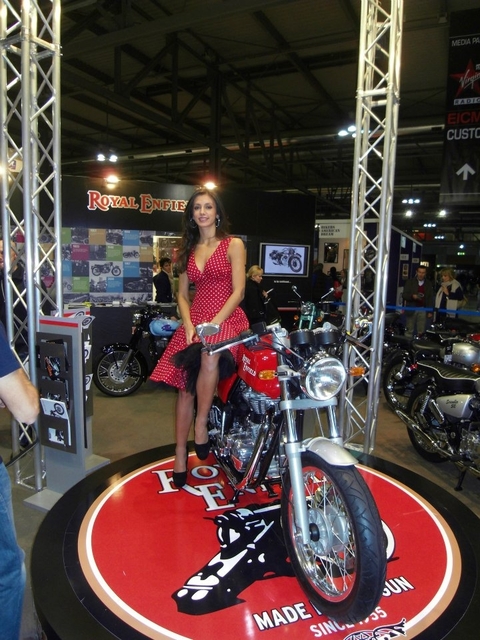 The upcoming Royal Enfield Cafe Racer can easily be held responsible for giving most ‘bulleteers’  out there quite a few wet dreams. Leave aside the people who swear by REs, even I’ve been pretty excited about the upcoming bike.

The Royal Enfield Cafe Racer is based on the Cafe Racer concept that we saw at the Delhi Auto Expo held in January this year. Now, what we have here are the pics of the production version of the bike. The bike was snapped at the recently held EICMA motorcycle show. 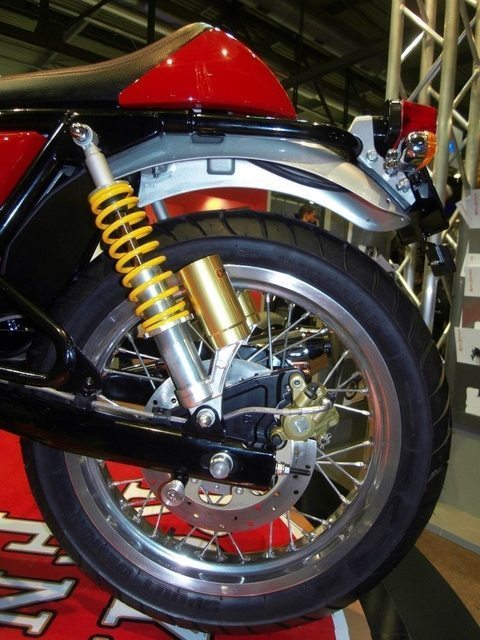 Sporting a 535cc motor, the Café Racer boasts of some neat details such as rear-sets footpegs, stylish fenders, clip-on and a short bum-stop seat. The production version doesn’t sport the Ohlins that we saw at the Expo. Instead, the shock absorbers are being said to be Made in India. The exhaust muffler to reeks style in its retro look. 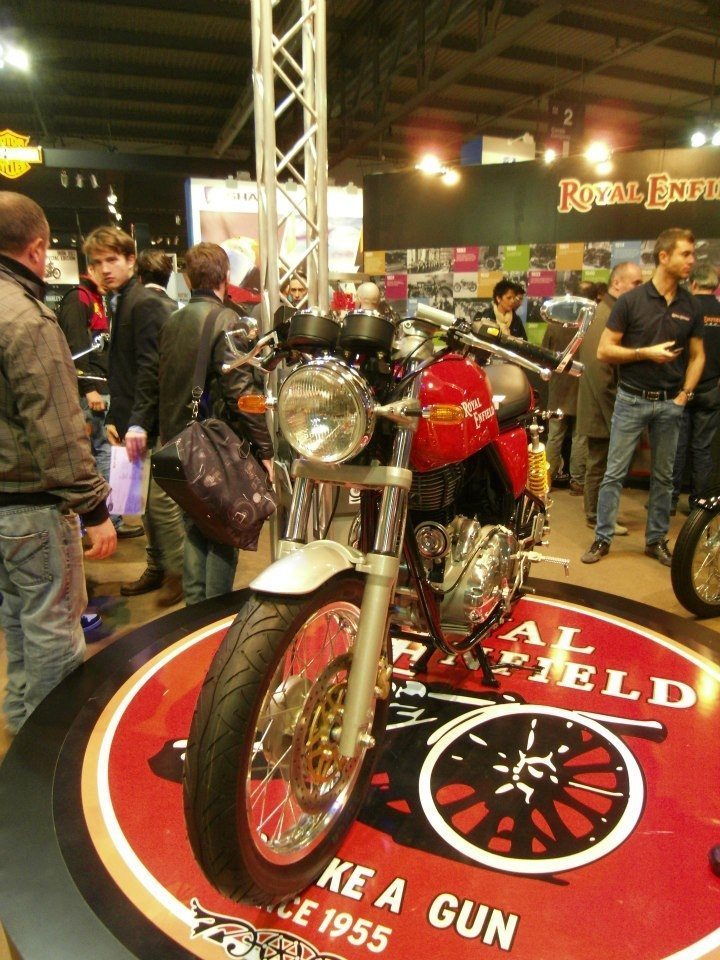 The RVMs are placed on the edges of the handlebars. Not sure whether they are very functional, but cool they look, sure as hell! The performance from the 535cc UCE mill will also be bumped up slightly to add some go to the bike’s visuals. Lesser weight when compared with the Classic should help performance too.

The Royal Enfield Café Racer is sold as a bolt on kit in some foreign markets. Royal Enfield of USA, for instance, sells the Café Racer as a complete kit to turn your Bullet into a vintage British Cafe Racer. The parts of the kit are direct bolt-on components, except for the rear mudguard. The bolt-on kits to are expected to come to our market.

However, it is the launch of the bike that excites us to no end. The new Royal Enfield Café Racer will come in INR 1.75-2 lakhs price bracket and would be launched in India in mid-2013.