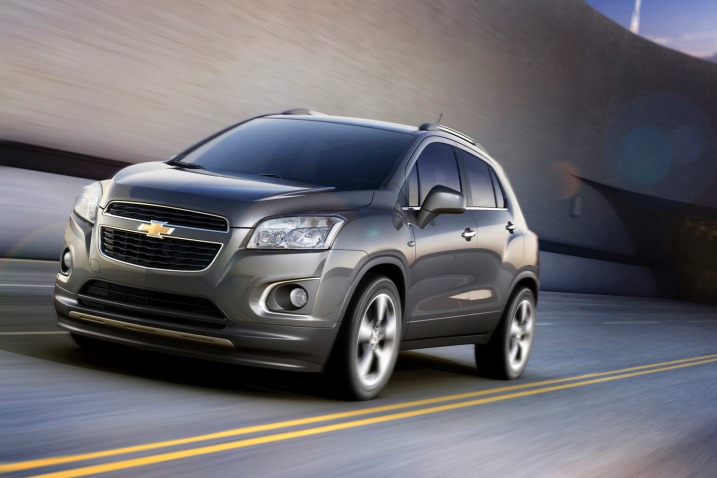 Regulars here would remember that we reported in detail when the Chevrolet Trax compact SUV made its public debut at Paris Motor Show.

In a car market like that of ours, where compact SUV scene is becoming hotter than Sasha Gray, the Trax makes a lot of sense. Chevrolet India seems to have been thinking on same lines and it has now emerged that the Chevrolet Trax India Launch could happen  around Diwali next year!

The Chevrolet Trax measures a little more than 4 metres in length, is 1.77 meters wide and has a wheelbase of 2.55 meters. The Trax will be seen battling it out against the much publicized Ford EcoSport crossover and the Dacia/Renault Duster.

Power options for the Trax will be a 140 bhp, 1.4 litre, petrol motor and a 130 bhp, 1.7 litre, oil burner. These engines will be mated to manual transmissions with start/stop feature. The diesel motor gets a 6 cog gearbox. The upcoming compact SUV has monocoque construction and should be more of a soft roader than a hardcore mud plunger. However, the Trax will come equipped with all wheel drive mechanism.