Bollywood movies have come of age from the times when they would feature pot bellied, grey haired policemen in rickety jeeps following the bad guys to recent movies where the policeman is a well built man, drives fancy SUV’s and follows his job with integrity while he sings and dances to the tunes of mind slipping music. 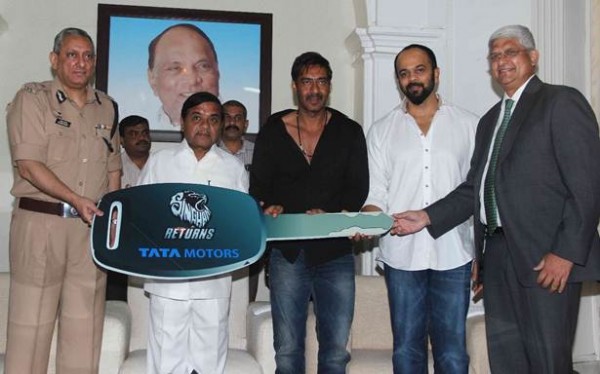 The recently released movie Singham Returns featured a Tata Motors SUV as the chariot which ferried the male protagonist. The lead actor plays the role of a fiery young policeman who chases bad guys in his stormy vehicle. As a gesture to thank the policemen, who inspired the makers of the movie, they got along with Tata Motors and gifted two Tata Sumo Gold UV’s to the Mumbai Police force. The City’s Police force currently uses the Toyota Qualis to keep a watch on the city, which has been in service for quite some time now.