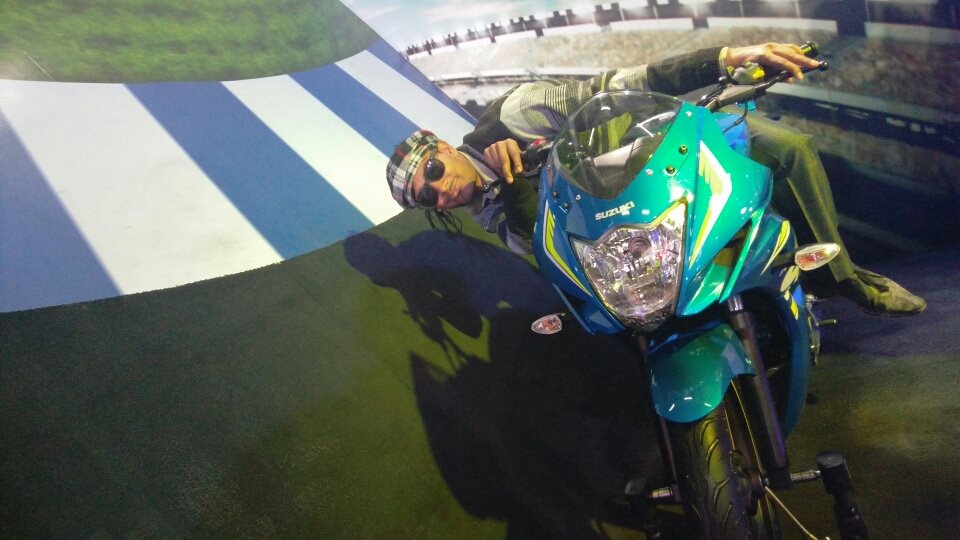 Alright, disclaimers first. The intent of this post is not to denigrate anyone. It’s just that some of the images at Suzuki’s Knee Dragging Contest at the Auto Expo were so hilarious, we couldn’t keep ourselves from publishing them. The set-up for this contest comprised an inclined wall with the appearance of a racetrack, and a Gixxer SF, on which the visitors were supposed to sit and act as through they were leaning – except they weren’t.

Some of our friends at the Expo who posed on the bike took the contest too seriously, and in a bid to strike a pose that made Marc Marquez look like a toddler  on two-wheels, gifted us these priceless portraits – each one of which will bring a smile on your face. We won’t say much, just hit the gallery, and you won’t stop till you have seen them all!