There’s that familiar line, “Close, but no Cigar,” we’ve all heard. But one look at this exotic looking transformation is enough to confirm that it is the most Cuban Royal Enfield that we’ve come across in years. Although, ‘Smoked’ here draws references to the much savoured Islay Single Malt Scotch Whisky, which has its own unique characteristics of being smoky, peaty and rich. 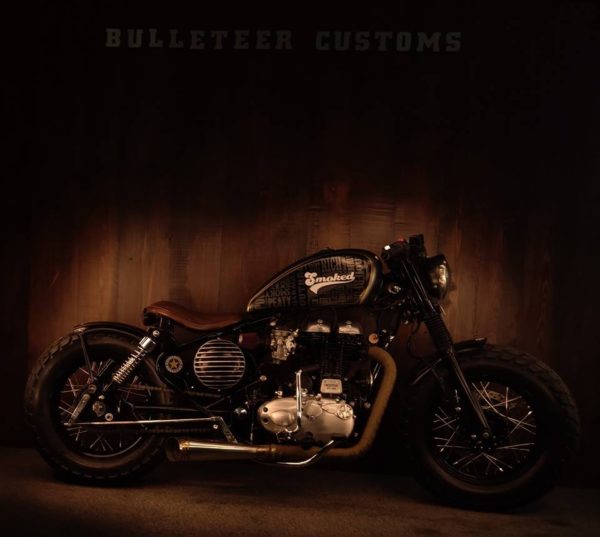 The donor bike’s owner perhaps is one and no wonder his love for the good stuff has been finely etched on the black fuel tank, which also gets classy looking gold striping. Elsewhere, you’ll notice that the single piece saddle has been finely detailed to make it appear like it’s made of wood. Or perhaps a piece from one of the barrels at a distillery was simply carved out and fitted next to the tank. 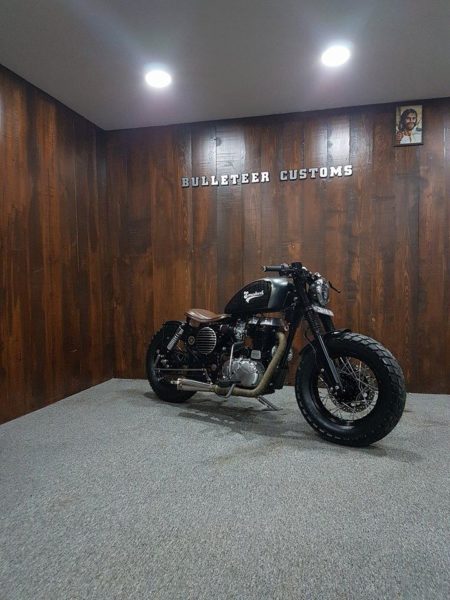 Other, finer details include a metal end can which looks the part and a metallic cover for the battery box which looks like a 19th century cover for one of the flickering filament bulbs inside the aging room. Everything else looks just at home, including the fat rubber wrapped around black, spoked wheels, those stubby fenders, and even that twinspark motor. Bulleteer Customs has managed to hit another one in the right spot with this build, and with the 650s now out, we wonder how many future owners have booked their slots with these guys for a transformation already. Because with that bigger motor, it will indeed be as much go for all that show. A job well done! Do visit their facebook page and contact them if you want your RE to look like a dream.