Normal is overrated they say. But with the Tata Bolt, which does most things hatchbacks do normally, is terribly underrated. After spending the good part of six months with one, I’ll tell you why. 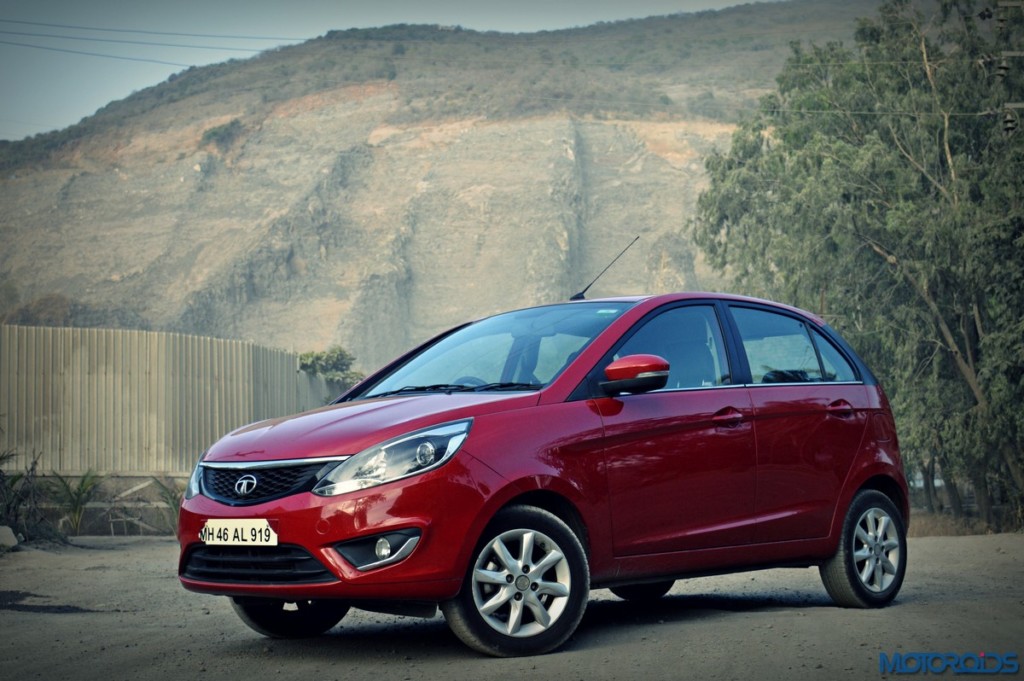 No. of times it has been serviced: Nil

Leaves us wanting for more performance and fuel economy (petrol)

Lack of bottle holders inside 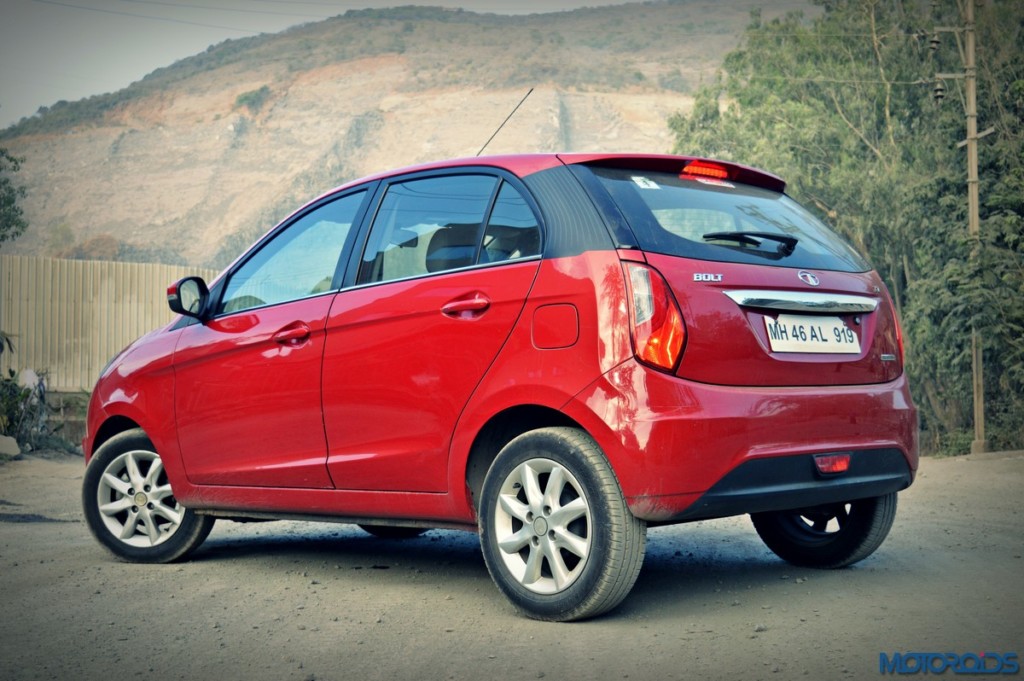 Inoffensive styling – In all honesty, I quite like the way it looks, even though it’s a thoroughly re-skinned Indica Vista. Getting the dull Vista to look something this presentable takes some serious design thinking, and Tata Motor’s rejuvenated design have successfully completed their challenging mission. There’s something very European and matured about the soft character lines, or the nice detailing inside the large headlamps that are reflected below the fog lamps as well. The D-pillar is blacked out for a good cause; that is not to looking boring and… <realizes this is not a design review> 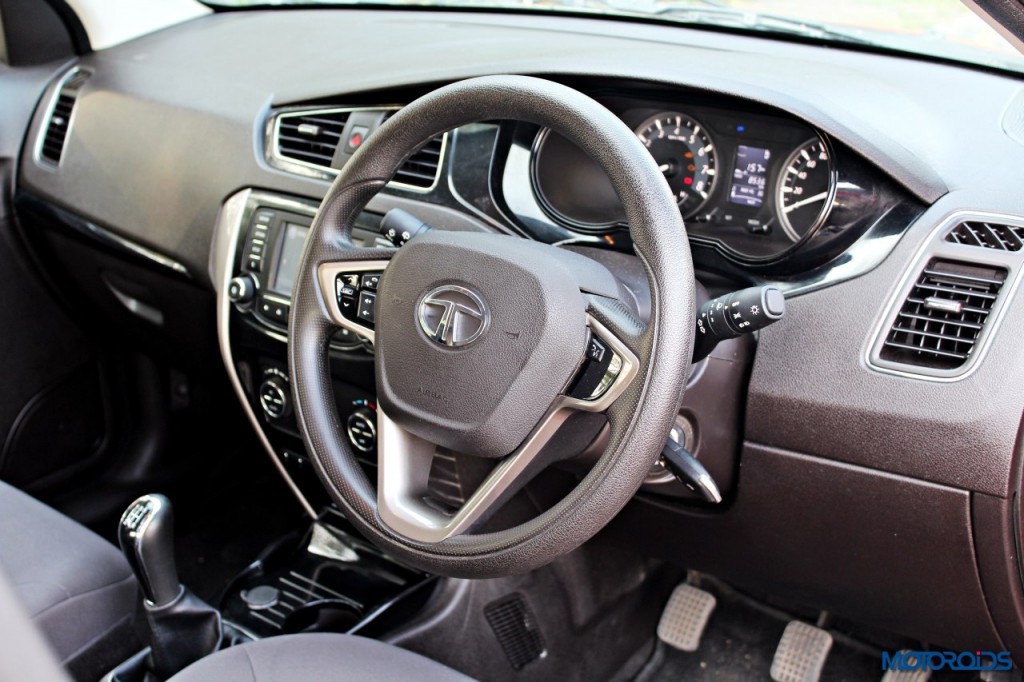 Acres of interior space – Since it’s essentially a Vista from the inside, there’s a lot of interior space on offer. Be it at the front or back, leg-, head- and even elbow-room is never compromised. The dashboard has a tinge of brown, but you’d hardly notice. Piano black inserts, dull silver finished accents, along with a nice stack of tactile knobs and buttons make the Java Black interior classy. There’s one big grouse however, and that is a massive interior storage space crunch; a dedicated paragraph on that to follow. 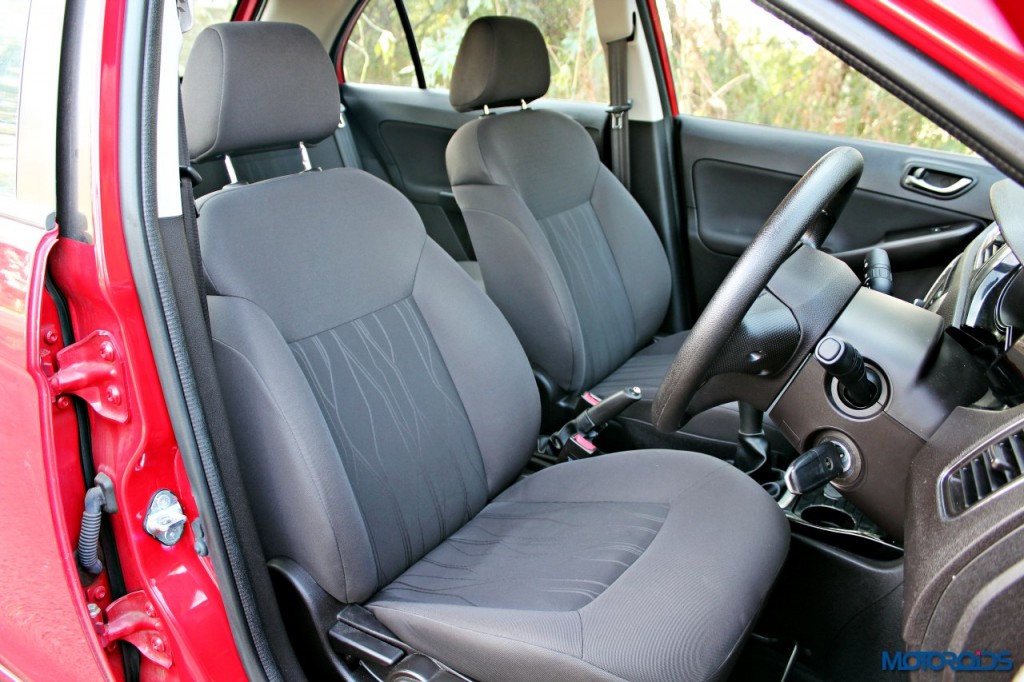 The seats are simple, fabric upholstered, yet offer a great deal of comfort. At the back, three adults can sit abreast, but not as comfortably as, say in the Verito / Logan. Summers are dismissed without breaking a sweat, as the very capable, automatic climate control can chill you to bone even in the hottest of Mumbai days, even without rear AC vents. The steering wheel, adjustable for rake is nice and small, but could have done with better grip, as the hard plastic on the rim tends to slip in your palms when driving spiritedly. The top-end XE variant is reasonably well-equipped, with an illuminated key hole, follow me headlamps and six way adjustable driver seat. 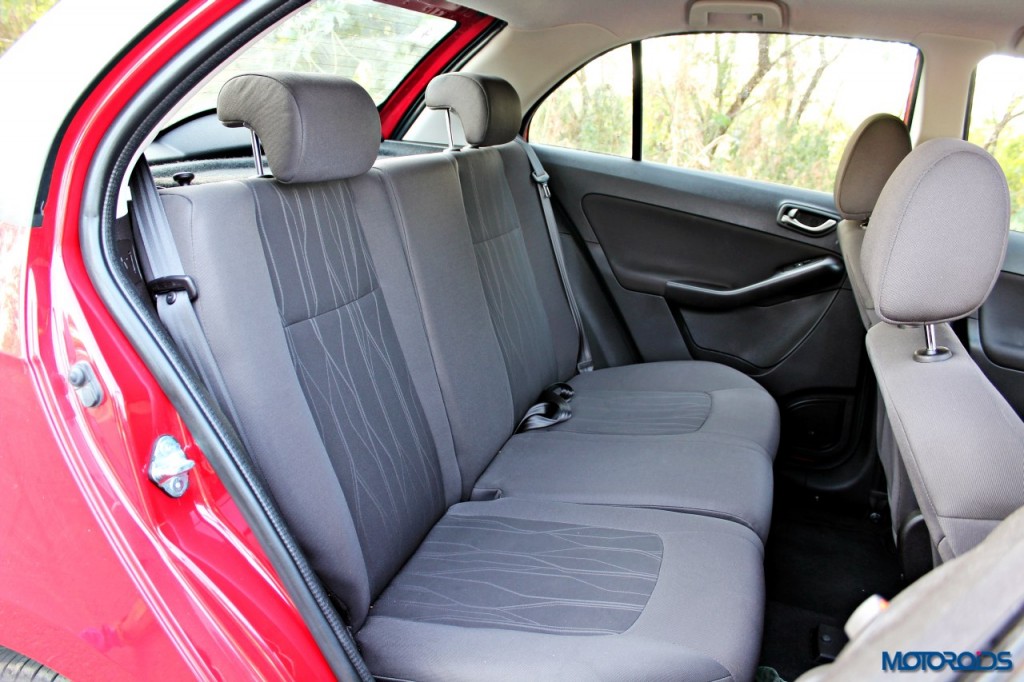 After more than 12,000 km on the clock, everything inside held up well, with not a squeak or a rattle emanating from anywhere. Yes, one of the steering mounted controls packed up, and the leather skirting below the gear lever started coming off. 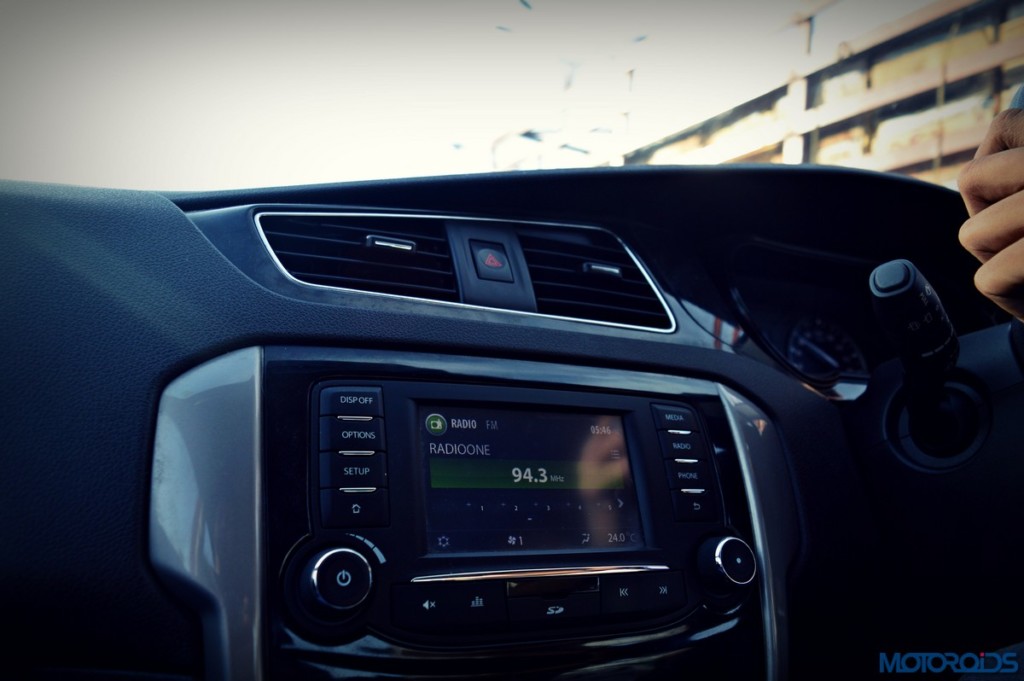 That music system – On numerous occasions, mostly during late night drives with friends or pesky colleagues, the sound quality from that Harman fettled music system left us enamoured. Whether we sang along with Dr. Palash Sen from Euphoria or gyrated to some drum & bass remixes, the system delivered nothing but happiness in all its shades. The sound is rich, and the aural experience is something that you’d only get inside the leather streaked insides of premium cars. Even at full chat, the sound doesn’t crack or make you ears bleed. The simple equalizer works well, and lets you adjust the deep, full bass, the lurid mid tones and the sharp treble. The touch-screen however, is a bit small and reacts late to the touch, so I preferred using the steering mounted controls or the switches on the center console. 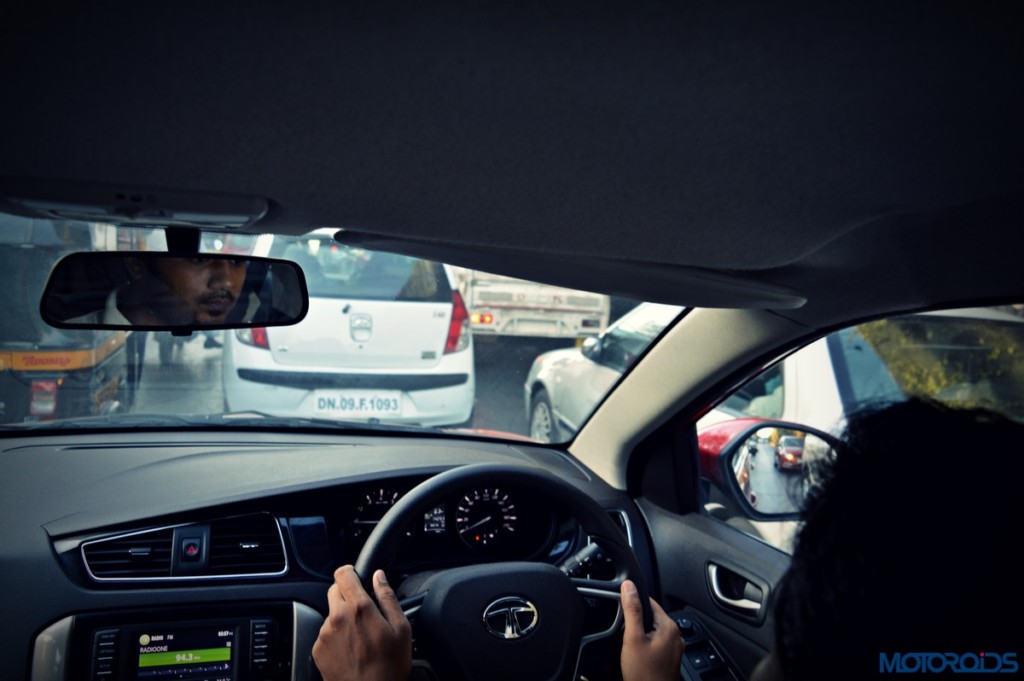 Hush hush refinement – On our various out-of-town trips in the Bolt, it always amazed us with its commendable levels of refinement. NVH levels are off the hook, with barely any wind or road noise filtering inside the cabin. Well, a bit of road noise does creep in, but that’s because the engine is so eerily silent. In the remotest of places and in the most silent of nights, does the Revotron’s vocal chords subtly burble. In fact, the Bolt’s refinement can easily give cars a segment above a run for their money. 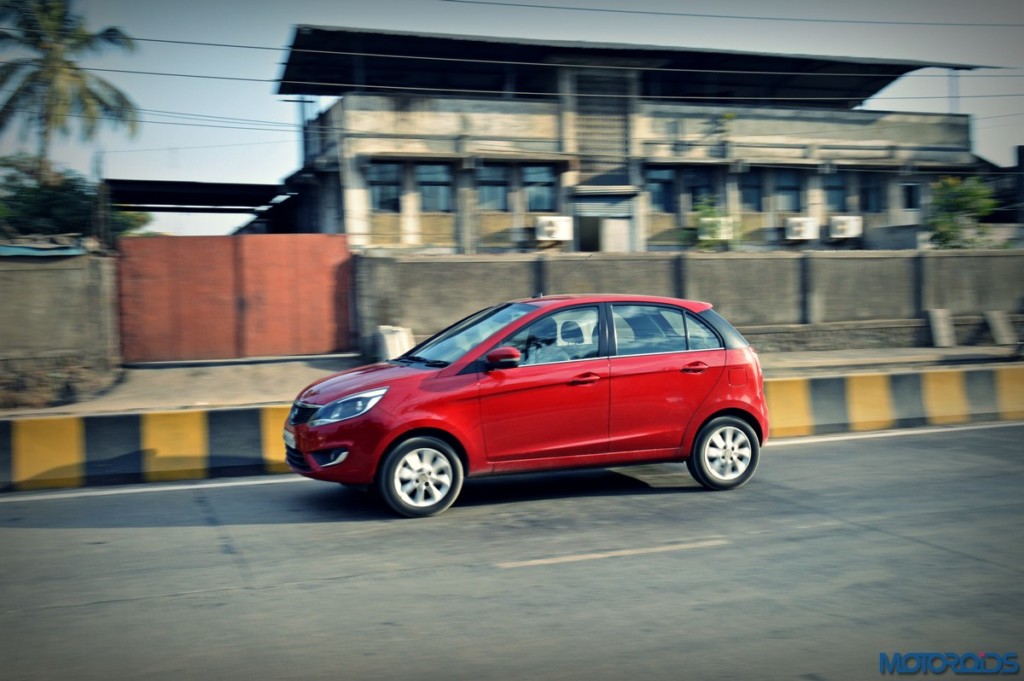 Magic carpet ride quality – If you’ve ever been driven around in a Tata Safari you’d notice how dreamy the ride quality is, and that virtue is still one of the ageing Safari’s best attributes. Well, some of the genes have trickled down to the Bolt, and I’d go as far as to say that it rides like a junior Safari. The Bolt is supremely confident over bumps and undulations, tackling them with the nonchalance of a SUV, with only muffled thuds making their way inside the well insulated cabin. That 165 mm of ground clearance does seem more in the real world too, as the Bolt never scraped even the peakiest of speed breakers, even with five adults on board.

All of the aforementioned attributes make the Bolt a sublime hatchback to munch miles with. 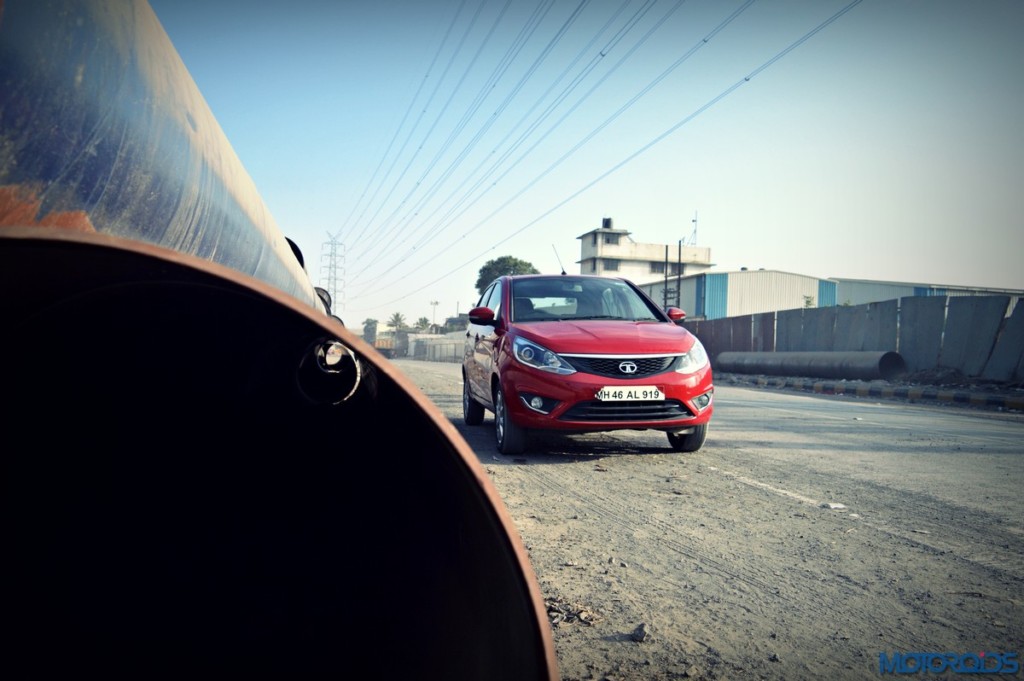 A want for more performance – The 1.2-liter turbo-petrol engine is good for 90 horses, but most of them choose to appear in Sport mode – yes, there are three, segment-first driving modes – City, Eco and hair-on-your-chest Sport. Give a boot full of throttle in Sport, and there’s a satisfying rush, followed by a nice, subtle snarl that emanates from the exhaust. The entire tachometer needle also glows a racy red as the engine reaches its red-line, making you feel a bit like Kimi Räikkönen. However, in the rest of the modes, the performance could do with a bit more linearity. Throttle response dulls down considerably in Eco mode, but it is sure make you win the fuel efficiency stakes that night, especially on the highways. 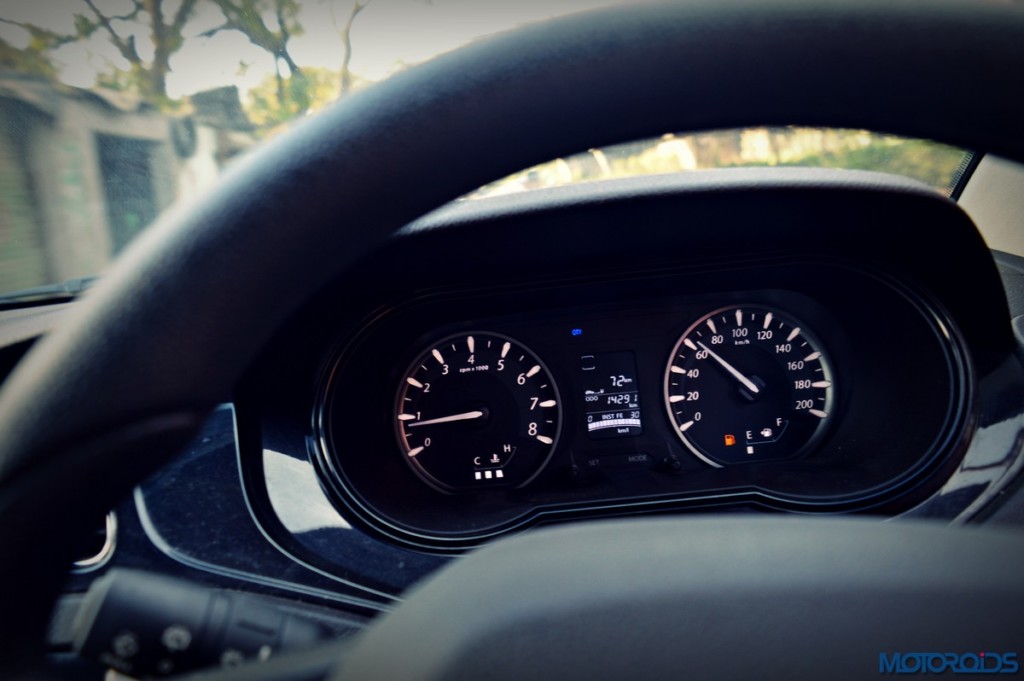 Fuel economy isn’t the Revotron’s strongest traits.  On paper, the Bolt’s Revotron engine delivers a commendable 17.57 km/l (ARAI certified). In real world driving conditions however, you’re looking at slightly pessimistic numbers, which can range from anything between 10 km/l to 12 km/l. If you’re driving with a really, really light foot in Eco mode, then expect a reasonable 15-16 km/l. 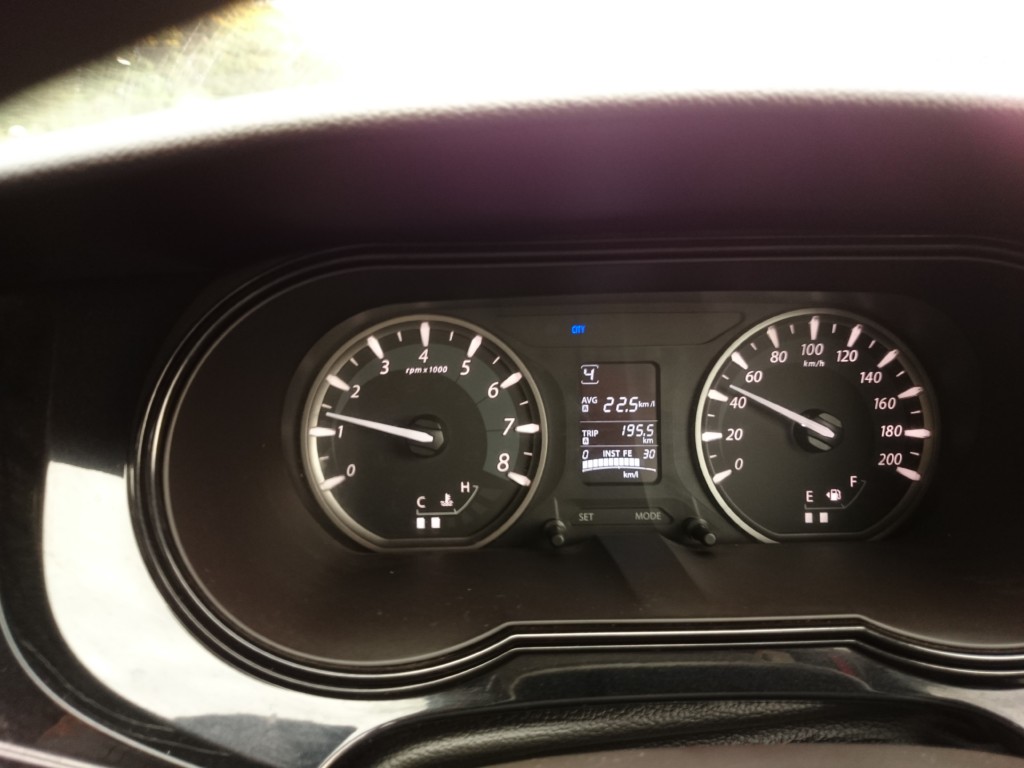 So much so, we actually tried getting the most out of it (not real world driving). On one of our Mumbai-Pune-Mumbai trips, we kept the AC off (luckily it was at night), never let the revs cross 2,000 rpm, and never let the speedometer needle go north of 80 km/h. In fact, we gave fourth gear a miss, and directly shifted to fifth gear as soon as possible.  The result – we managed an unbelievable 22.5 km/l! 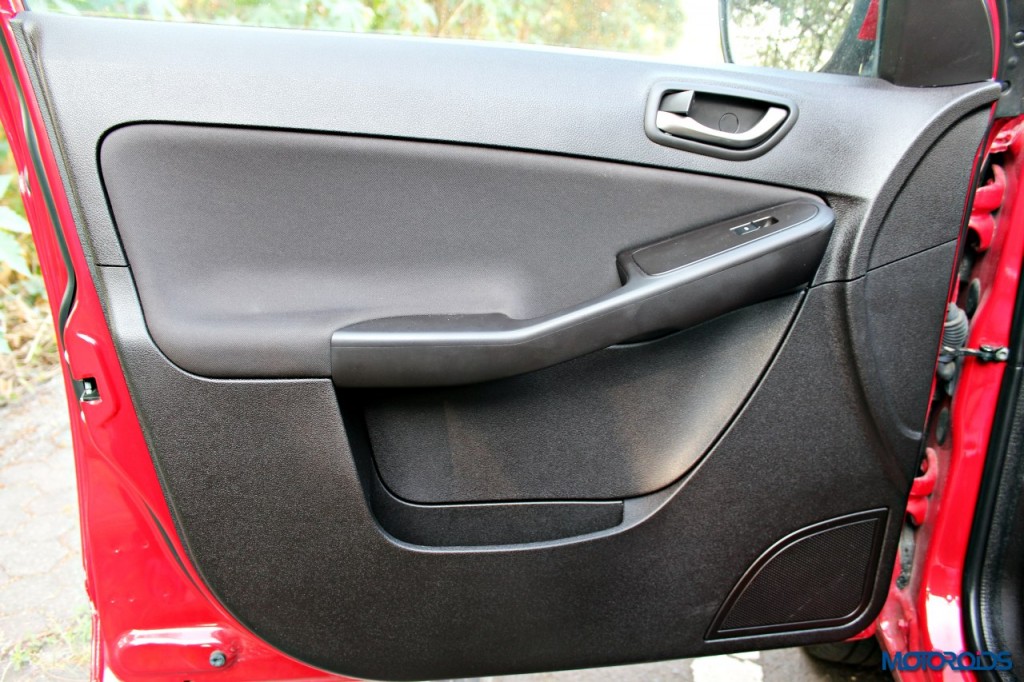 Lack of bottle holders inside – Coming back to the biggest bummer that the Bolt’s cabin presents, it is the lack of bottle holders, as the door pads cannot even accommodate 500 ml bottles. There are no pockets on the back of the front seats as well, and the floor console can only hold one, just one, 500-ml bottle. The glove box is decently sized though, and is the only place in the Bolt’s cabin that a couple of 1-litre bottles can call home. 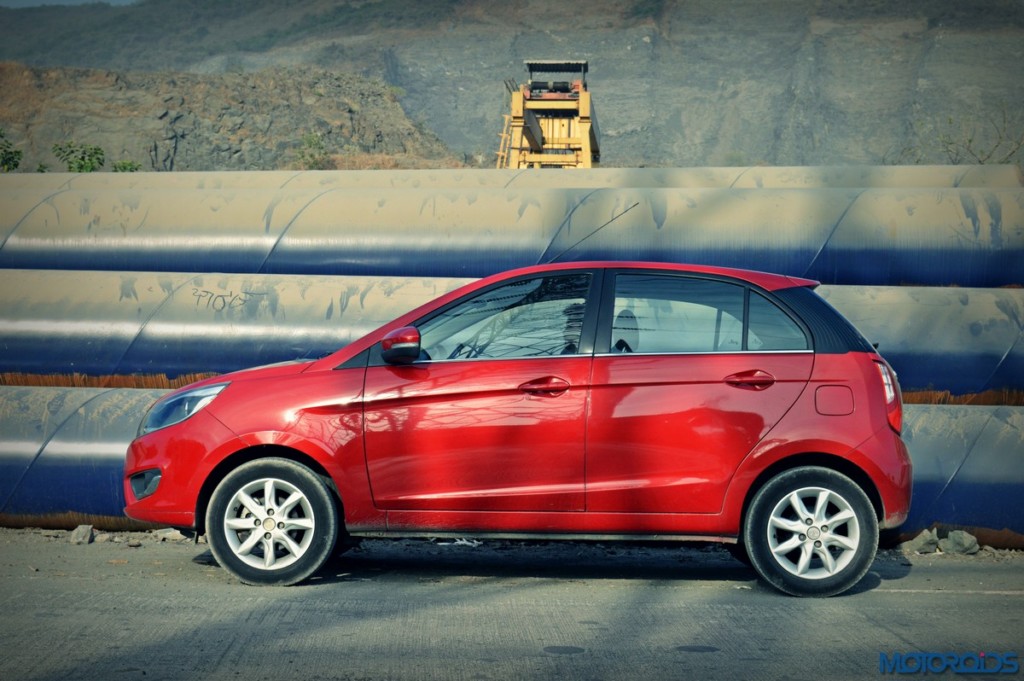 Right then, the only thing that I won’t miss in the Bolt is probably the slightly underwhelming performance and economy.  The rest of the package is really well put together, right from the pleasing styling, classy, well-equipped, comfortable interiors, to the magical ride quality and stellar refinement. The boot space, at 210 litres, isn’t bad either. After spending a good six months, it makes me wonder why this hatchback hasn’t performed well in the market. Maybe in the eyes of potential customers, it still hasn’t managed to shake off that Indica image. That’s unfortunate, because very clearly it is one of India’s most underrated hatchbacks. It’s getting difficult to breathe these days, but still, I’d settle for nothing but diesel engine. And so I’ve exchanged Mr. Revotron with the famed, Fiat sourced diesel engine, Qudarajet in Tata speak. Things have already become interesting, so expect another long term report soon.