Home Reviews Reader’s review: Swayambhu Mishra quickly tells us about his experience with the Zen Estilo 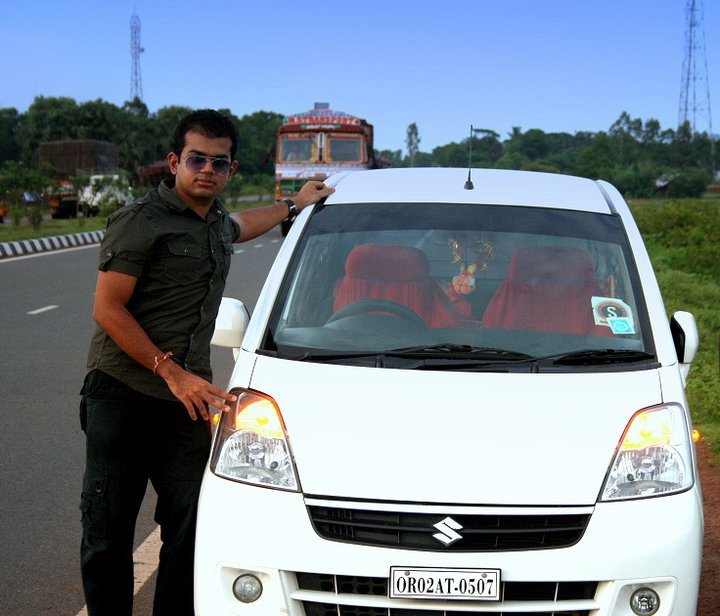 ZEN Estilo..Carrying the name of the old Maruti Zen,this car has nothing similar to the old Zen.I wonder why Maruti calls it Zen at the first place.After WagonR,this is Maruti’s 2nd tall boy car with absolutely rubbish looks.One can say that the head lamps and integrated indicators are over developed.The cab-forward design will look boring to some while others may like it too.Due to a short hood,the space under the bonnet is highly cramped and the parts are placed too close to each other.

Now coming to the interiors,its two tone interiors have got nothing new to talk about.Most of the dashboard is borrowed from the WagonR.There is no integrated stereo system(even in the VXi version) which is a big let down.The 360degree air con ventilators work perfect.A big glove box,a cup holder and an ash tray completes the dash board of the Zen Estilo.The power window switches are located on the driver side door along with a lock switch.Headlamp controller,electronic ORVM controller and the hood opener are located well with in reach of the driver,just under the steering wheel.Large door pockets can hold 1ltr bottles easily. The 3-spoke steering wheel position feels comfortable even for someone who is 6ft 2inches tall. Space is never a problem in this car and can easily accommodate 5 adults.Rear leg space is a little bit cramped though.

Put in the key in the key hole,turn on the ignition and straight away u can hear the sound of the fuel pump running…errrrrrr!!!!Now that’s not good..There is something called cabin noise cancelation and how can I hear the fuel pump???Anyways,crank up the engine and the 1.1ltr 68BHP 4cylinder inline MPfi engine comes into power.The same engine that has been serving the WagonR for quite sometime now.But as expected the engine noise can be heard quite a bit inside the cabin..The gear lever is tall and the gear shifts are like nightmares..Sometimes the reverse just refuses to engage.Though it was a brand new car but still I have driven brand new cars with far better and softer gear shifts.The engine is torquy and peppy..Compared to the competitors like i10,Figo,spark and santro,the Estilo is quicker and takes exactly 13 seconds for its 0-100 sprint.With this kind of torque u are bound to have wheel spins at every traffic stop when u r in a hurry….Though I didn’t get a chance to check its top speed but 160 in always on the cards.

The estilo has MacPherson struts at the front and non independent  torsion beams at the rear.The suspensions are quite stiff and straight line stability is quite good..but at high speeds the EPS(electronic power steering) feels way too light and the drive gets scary on the 145/65 R13 tyres.The car feels like drifting while taking soft turns at speeds over 120kph.one more major culprit is the high center of gravity which makes the car unstable at high speeds and cross wind situations.

The Zen Estilo.Old wine in a new bottle.This car is perfect for a 4 member family with regural city commuting as well as long tours.Coming to fuel economy this car returns 15-17kpl in normal city riding conditions and is bound to return more on Highways.At 4.21 lakhs (ex showroom Bhubaneswar),this car is a good deal with smart features like power windows,Electronically controlled ORVMs,Central locking with remote(all 5 doors ).At this price tag,no other hatchback provides such features and a peppy drive like the Zen Estilo.