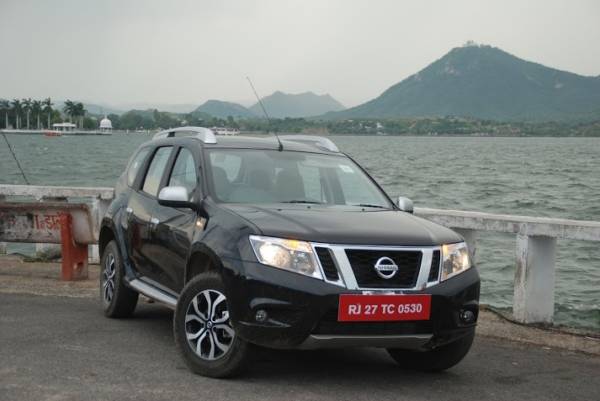 The upcoming Nissan Terrano, which in all probability would be seen eating into the sales of the Renault Duster, its donor vehicle, is making a lot of news of late. It is being said that the Nissan Terrano launch date could fall on October 9 and here we have the design review, along with all the details and pics of the upcoming car. Please note- Our design review will be soon by followed by our driving impression.

Unlike what is being said and thought of, the Nissan Terrano compact SUV will come with an exterior styling that won’t be similar to that of the Renault Duster. We were told by Nissan that the Terrano gets a completely revised outer shell. 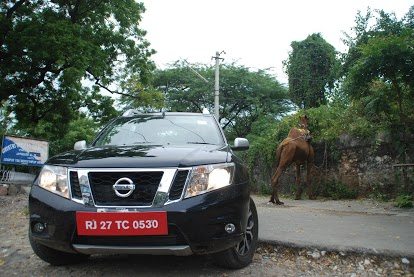 The Terrano gets a completely new front end styling, which boasts of new headlights, new bumper, revised hood, revised fenders and a new front grille. As can be seen in the pics here, the designers at Nissan have done a good job with plastering on a family face on to the Duster. Much of this is courtesy the typical ‘Nissan SUV’ grille, which along with the slightly revised headlights and the new bumper, manages to give the Terrano a more premium look than the Duster. 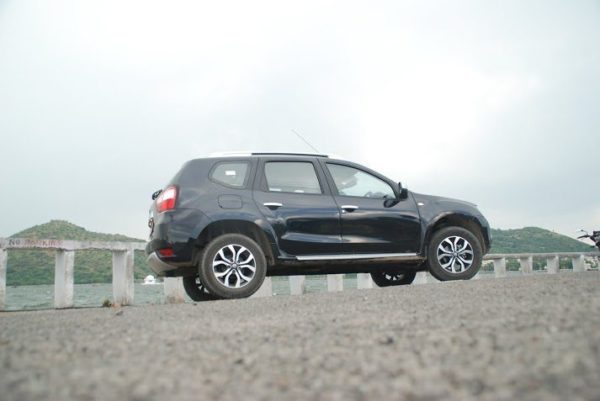 When viewed in profile, it is easy to find a straight crease in the lower half of Terrano’s body. Again, compared to the Duster’s inverted-U like crease, it manages to give a tad more ‘weight’ to the Terrano’s body. The fact that Nissan decided to make changes to the sheet metal of the donor car is nothing short of laudable. 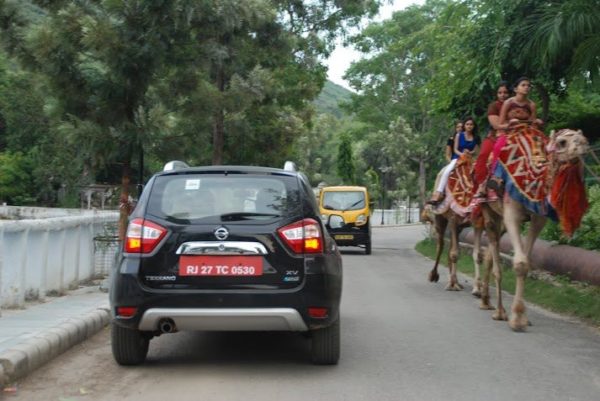 The Terrano also gets a new tailgate, rear bumper and new tail lamps. As can be seen, the taillamps extend all the way into the tailgate and definitely look more stylish than the ones seen on the Duster. 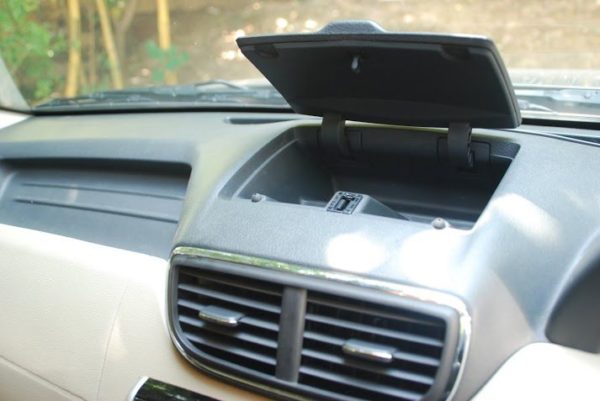 On the inside, the car comes with a revised dashboard and new upholstery. The dashboard gets rectangular air con vents, instead of circular air vents which feature on the Duster. 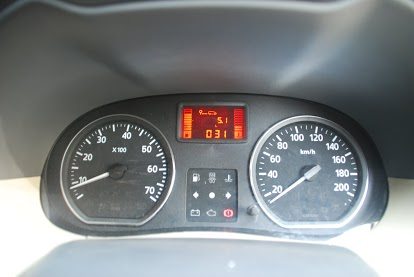 The dashboard also gets a slightly different instrument console.

Speaking about the Nissan Terrano’s styling (which was unveiled through a set of sketches earlier), CEO and President of Nissan Motor India Pvt. Ltd, Kenichiro Yomura, has said, “You can see from the sketch that Terrano has a bold and distinctive design that I am confident will appeal to our growing customer base in India, as will its driving performance and range of other features that will be revealed at a later date.”

The Terrano, very much like the Duster, will go on sale with two diesel engine and one petrol engine option. The diesel variants of Terrano are powered by the 1.5-liter oil burner, which can be ordered in either of the 2 states of tune- 85PS and 110PS. The petrol variant is powered by a 1.6 litres engine that has a max power of 104 PS. While the 85 PS Diesel engine and the 104 PS Petrol engine come mated to a 5 speed manual ‘box, the more powerful 110 PS Diesel engine gets a 6 cog unit.

The car will go on sale in three trim levels- XE, XL and XV.

It would be interesting to see if the new Terrano, which is basically a re-skinned Duster, would be able to have a good showing on the sales charts of the fast emerging compact crossover market.

Stay tuned for our Full Drive Review of the Terrano