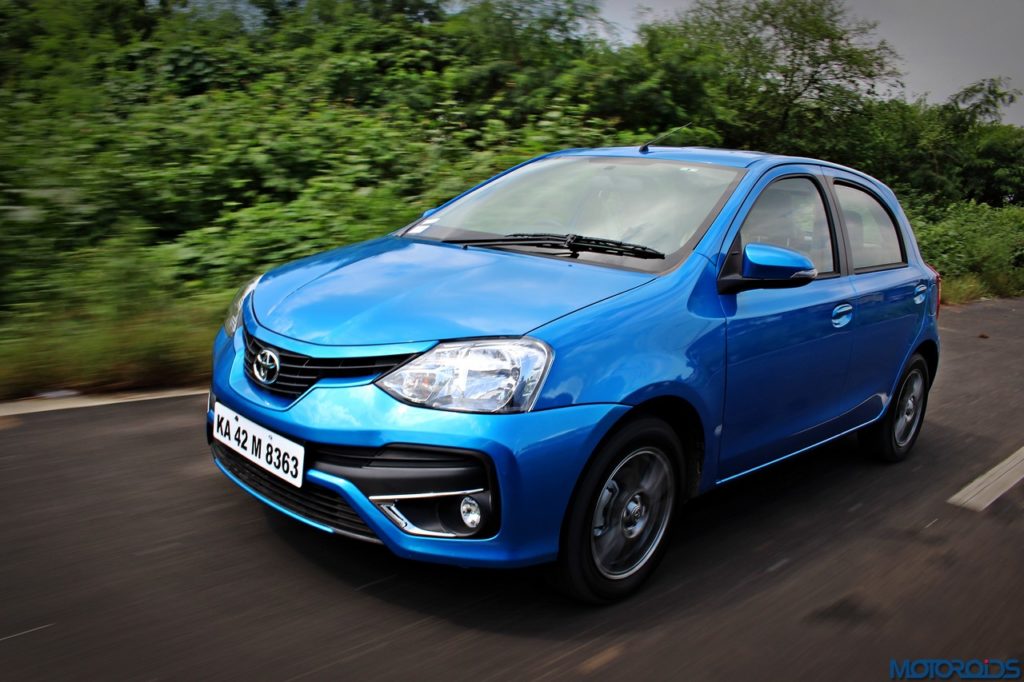 The new Etios Platinum duo offers styling enhancements, along with added comfort, convenience and safety features. They are said to have been worked upon by Indian engineers, while customer feedback has been given paramount importance for the local team to work on. We had the new Etios Liva for a couple of days to understand it, and decode the improvements. 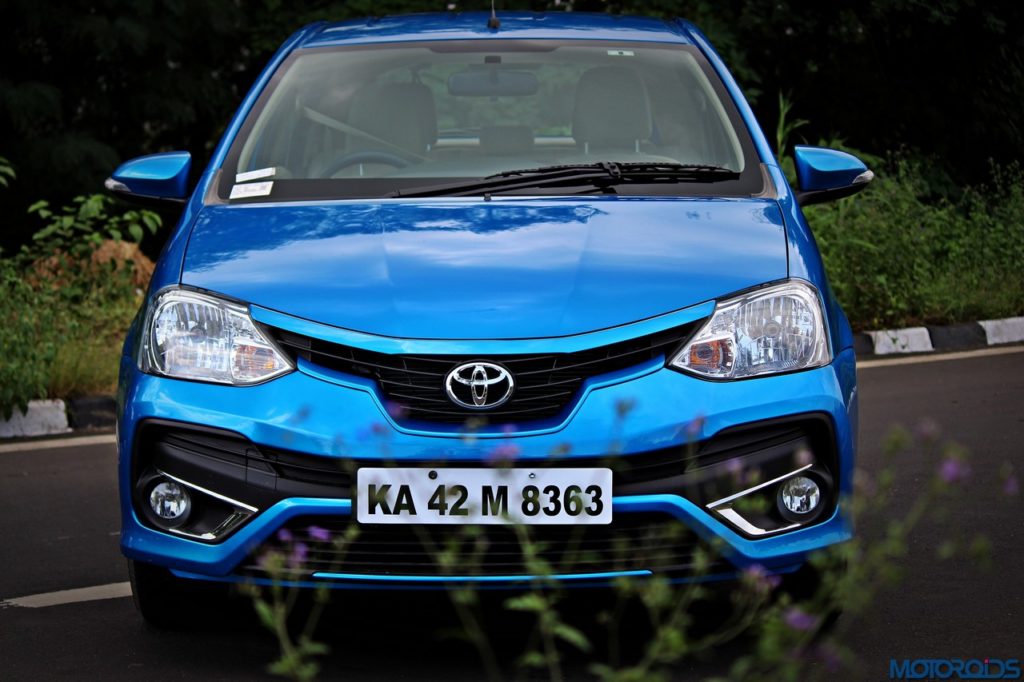 The Liva’s front fascia is highlighted by a new, aggressively styled front bumper with chrome garnishes that make it look decidedly up-market. The new front bumper is complemented by an updated grille, and a mildly redesigned rear bumper. Our car looked particularly tasty with the new Ultramarine blue shade and the gun-metal finished, multi-spoke alloy wheels that are new on the Liva’s platter as well. 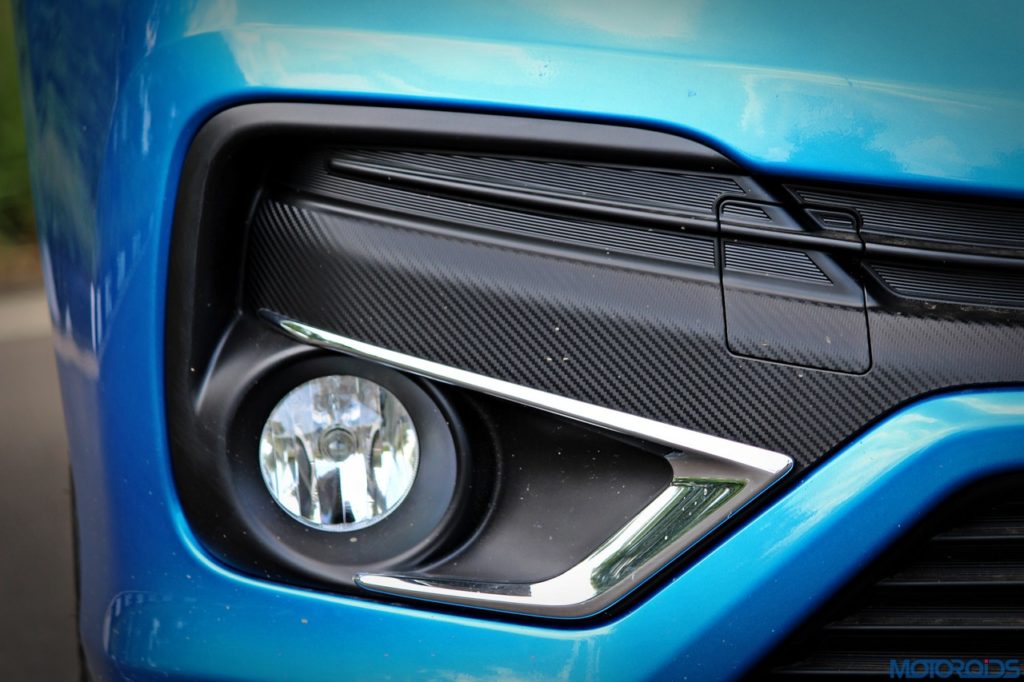 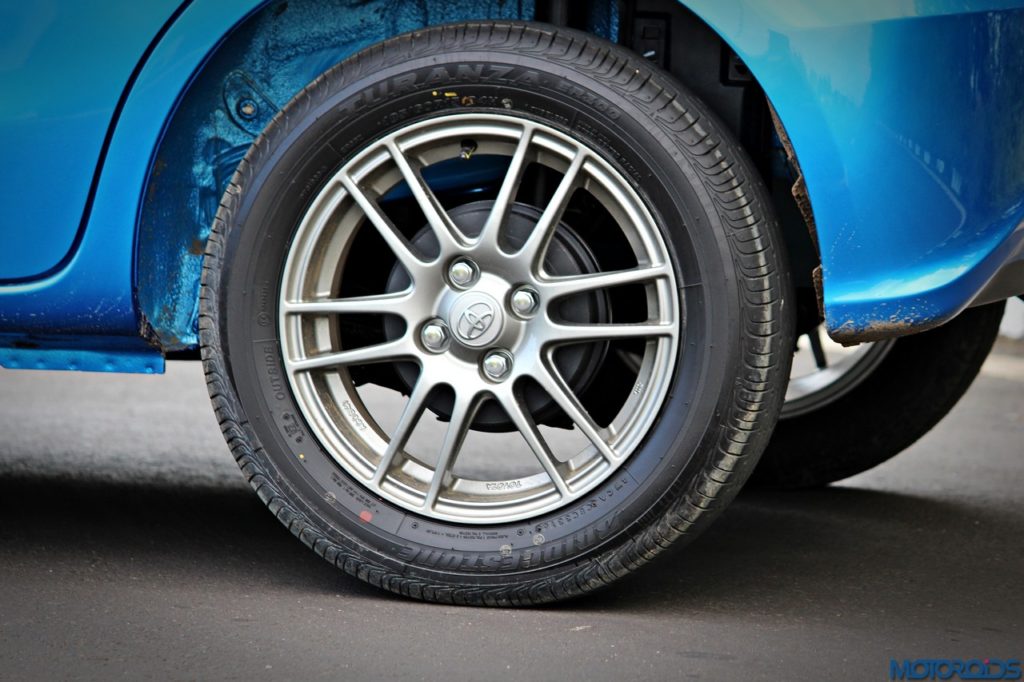 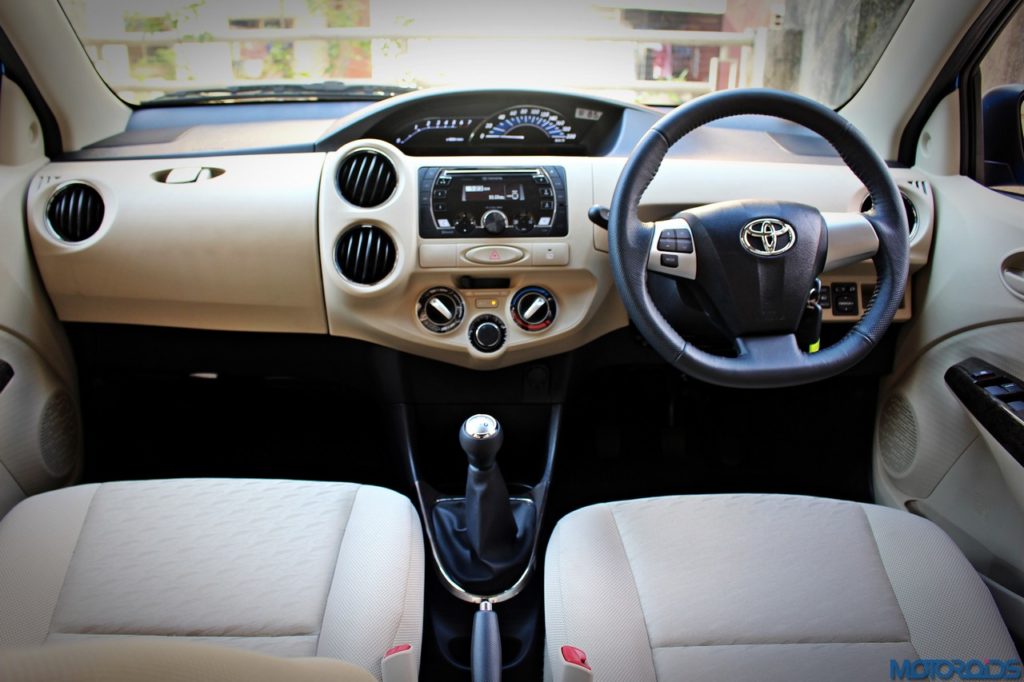 The interiors have the same design, but has been smartened up with beige (they’re calling it ivory) and faux wood inserts, while the instrument cluster is new. Yes, it still resides in the dashboard’s central park, but the meters now get a new design, and a sci-fi name – ‘Optitron Combimeter’. The cluster looks better now, with pert fonts and a nice tachometer that’s digitally sweeps the clicks as they rise.

The flat-bottomed, leather trimmed steering wheel is a nice touch. It always feels good when a nice, chunky rim rubs against your palms, and the Liva doesn’t disappoint in this aspect. The controls on the steering are trimmed to a minimum, with just the volume adjust. mode and skip buttons. The top-end VX grade has all the essential features like power windows, key-less entry with remote locking, air-conditioning, and powered mirrors in place, but their controls and knobs have an utilitarian look and feel. 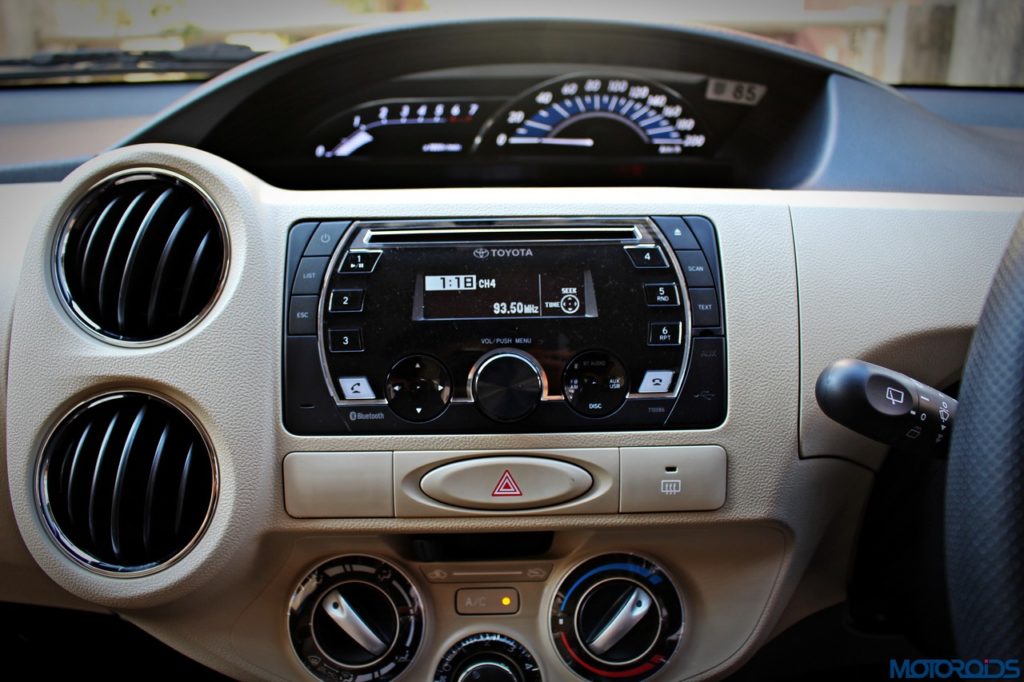 Even the 2-DIN integrated audio system feels and looks rustic, with the sound from the four speakers being strictly average. The system does have Bluetooth and Aux-in connectivity though. The front seats are moderately comfortable, while the driver’s throne is manually adjustable for height. The rear seat isn’t the most comfortable, and could have done with better under thigh support.  Space isn’t a problem inside the Liva, as the voluminous cabin offers great headroom all around, and ample legroom at the back.

Other notable additions include optional reverse parking sensors that beep like mad when you’re about to hit something, and a cooled glove box that maintains beverage/water temperature about 10 degrees lower than cabin temperature. The multi-directional AC vents work well, but isn’t really an innovation that calls for the odd placement of the vents. As for boot space, the new Etios Liva’s boot space can swallow up to 251 liters of luggage. 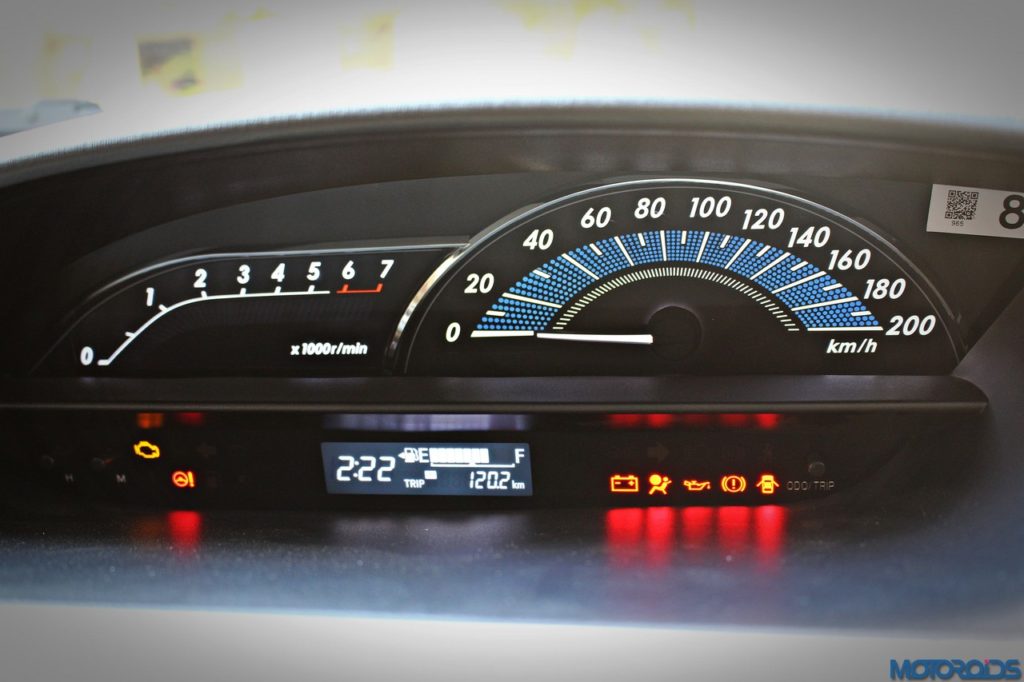 The new ‘Optitron Combimeter’ combines a digital tachometer, a conventional speedometer (can’t say the same about its positioning) and a LCD fuel meter/odometer/digital clock cluster. An MID would have been a useful addition, but is sadly missing. 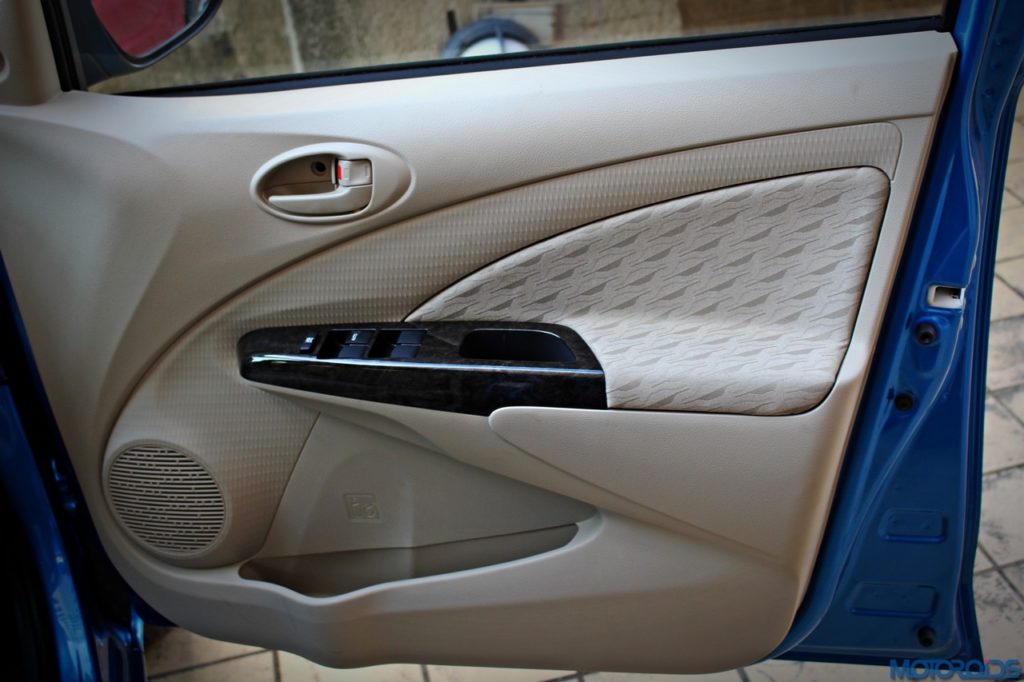 The door pockets can hold 500 ml bottles with ease; 1-litre ones are not acceptable. 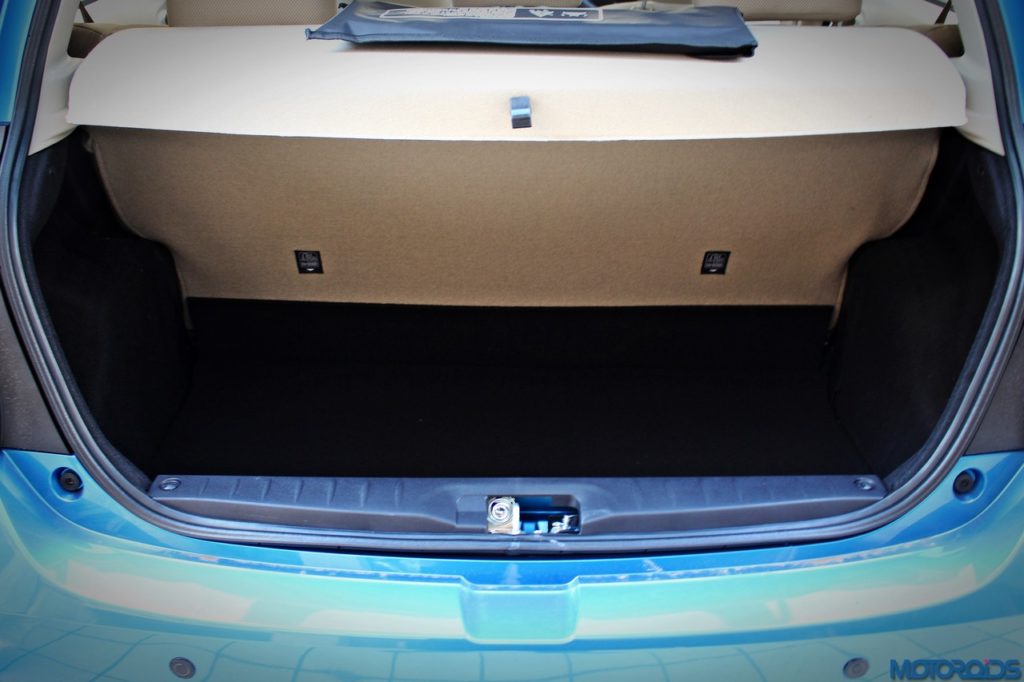 The new Etios Liva’s 251 litre boot space is accommodating enough for most. If not, make the Platinum Etios sedan’s class-leading 592 litre boot your pad. 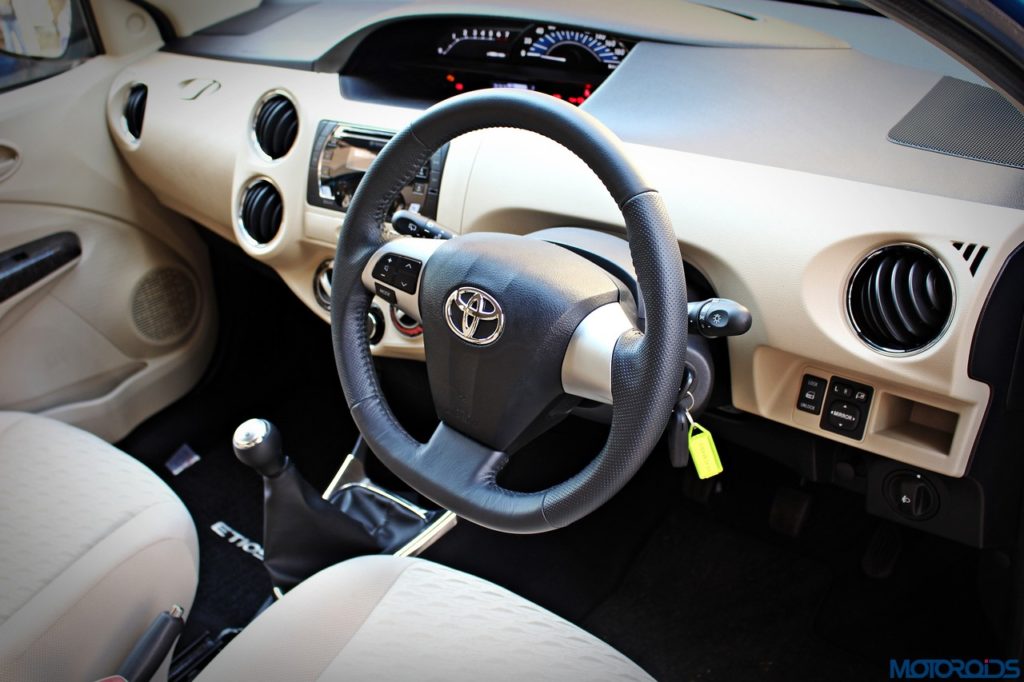 When it comes to safety, the Etios was already one of the safest hatchbacks around, with a 4-star GNCAP safety award making it the only car in its segment to receive the award. It even bagged the number one position in the Most Dependable Car in the Entry Mid-Size Segment according to J.D. Power Asia Pacific’s 2015 India vehicle dependability study.

The new Etios Liva follows that tradition by offering a host of safety features. In addition to standard Anti-Lock Braking System (ABS) with Electronic Brake-force Distribution (EBD), dual front airbags for driver and passenger are also offered as standard fitments on the new Etios Liva. Other notable safety and security features include front seat belts with pretensioners & force limiters, a child restraint system with two ISOFIX mounts, and an engine immobilizer. 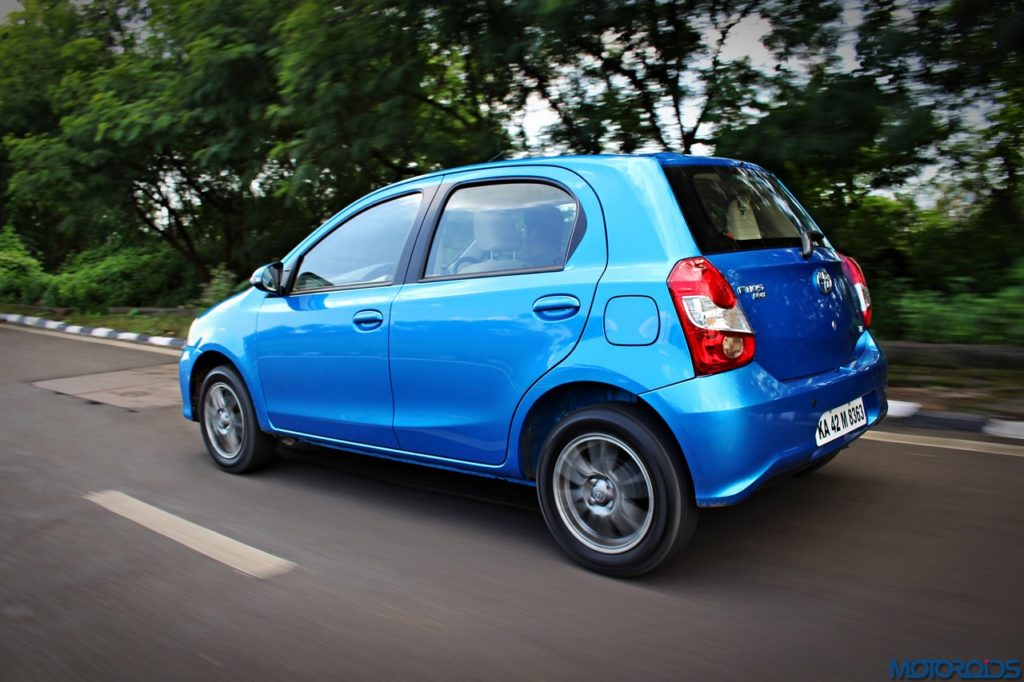 Like before, the new Etios Liva is also powered by a choice of petrol and diesel engines, them being the same as well. The 1.2-litre petrol engine makes 80 PS and 104 Nm of torque, while the 1.3-litre diesel engine is good for 68 PS and 170 Nm of torque. Both engines come as standard with a 5-speed manual transmission that sends power to the front wheels. We only drove the former.

The engine’s no soul stirrer, but sounds good when pushed hard. There’s this subtle, raspy snarl that’s enjoyable at times. The interiors are decently insulated, and the engine’s just about vocal enough to make its presence felt. It’s a smooth motor, but quite laidback. It doesn’t mind being revved, but takes it own sweet time to hit the limiter, which is at a reasonable 6,000 clicks, or maybe a handful of revs more. 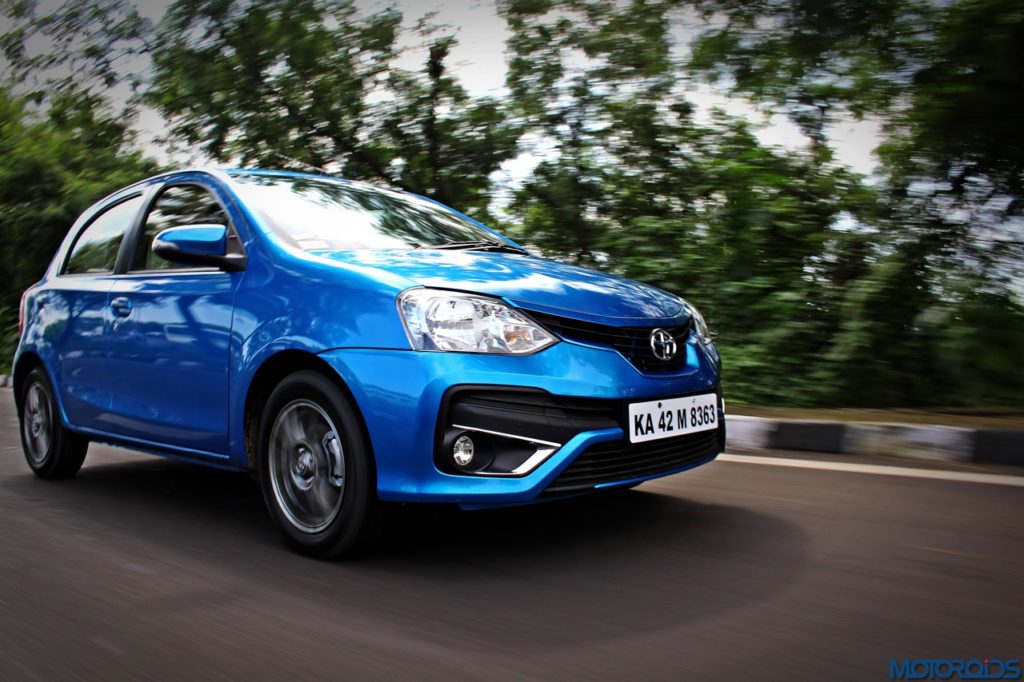 The Liva will hold good speeds but just needs a lot of road to reach those speeds. And a right foot made of lead. It can cruise well at around 100 kph, but keeping a pace faster than it will start straining the engine. Not that there’s anything to be worried about, because it’s a Toyota. Toyota also claims a mileage of 18.16 km/l, which is quite optimistic, but drive with a light foot and 14 km/l is achievable.

The 5-speed transmission shifts great, with precise hits and a smooth action, more so when warmed up. The clutch is responsive and doesn’t have much play, while the brakes are fine too, and you have the assurance of ABS with EBD. The ride’s quite nice, and there’s a resounding thump as the new Liva goes over bumps and potholes, with none of jaggedness of the road filtering inside the cabin. 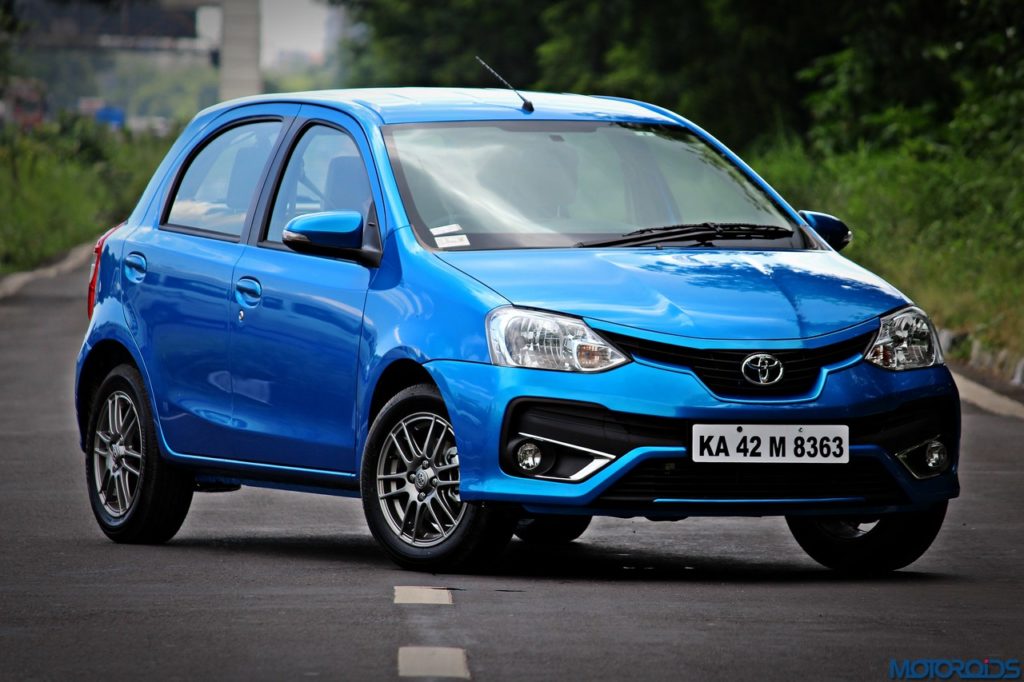 Well, it isn’t a bad buy, but it does feel a bit long in the tooth now. Looks are subjective, and I think it tries its best to look cool in spite of having a style that’s not in vogue anymore. The new alloy wheels give off a nice “JDM effect”, especially with the lustrous blue paintjob that our car had. The interiors are roomy, have a decent ambience, but the things staring at you look like they’ve already got a few years on them. It drives well, is a bit lethargic, but sounds nice. The whole package feels well put together, and you know it is going to be dependable. If you’re looking for an understated yet comfortable vehicle with majority of “in” features, the new Etios Liva’s for you. If you don’t mind being the guy with the oldest car on the block, but also the most reliable and arguably the safest, then the new Etios Liva is for you. It isn’t the most good looking, luxurious or feature laden option out there though.