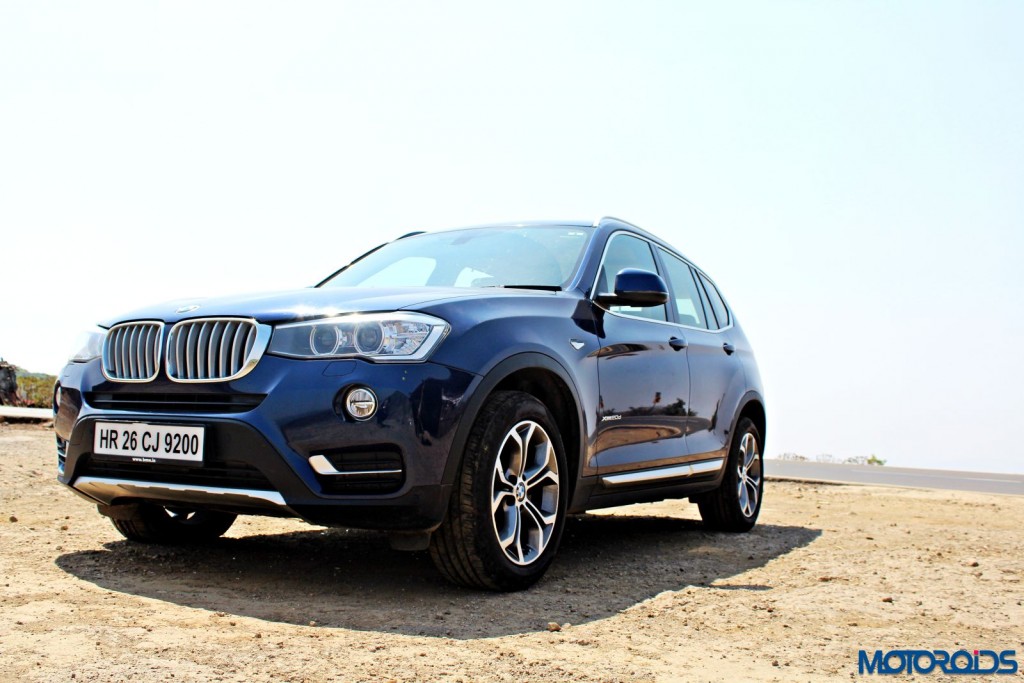 BMW X3, what the Bavarian carmaker calls the creator of the compact Sports Activity Vehicle class, has been a global success having sold more than a million units. Brought to life in 2003 and now in its second generation, the family oriented vehicle received a facelift some time back to mark the mid-point of its product life cycle. Here’s all you need to know about the refresh

Another facelift? Should I care?

Well, unlike most facelifts which confine themselves to some visual nip and tuck, the X3 gets an all new heart along with a few other interesting changes. The mid-size premium SUV segment is important for this market, and that’s why it’s a critical update.

You’ve got my attention, tell me what matters

The headline news with the new BMW X3 is its engine. The 2.0 liter four pot motor has been overhauled so drastically, it’s as good as new. In the process, BMW have increased the power by 7 bhp, which now stands at 190 bhp @ 4000 rpm while also having managed to increase the efficiency. Another big change is the reduction in engine noise. The new generation engine is much quieter and feels much better suited for a mainstream car like the X3 which has its application as an everyday machine for families which value comfort and refinement over outright sportiness. 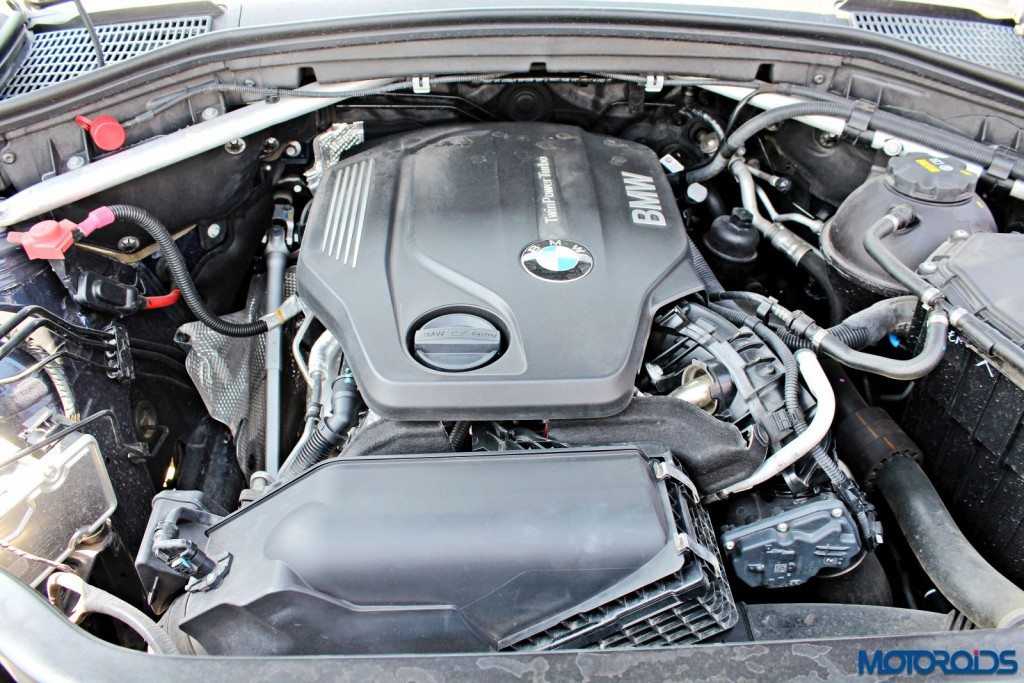 The new generation, all-aluminium 2.0-litre diesel engines uses common rail direct injection with solenoid valve injectors and works with increased injection pressure of 2,000 bar. This has bumped up the torque output by 20Nm and the figure now stands at 300Nm. In conjunction with the eight speed auto transmission and new tyres with reduced rolling restsiance, the X3, even with all its weight and size is claimed by BMW to deliver an efficiency figure of 20kmpl. And we know they’re not bluffing as our very own ARAI have validated their claim by awarding the new car a fuel efficiency rating of 18.93 kmpl.

Those are impressive numbers for a burly SUV meant to lug five with their luggage and sometimes a week’s worth of ration.

So no changes made to the exterior? 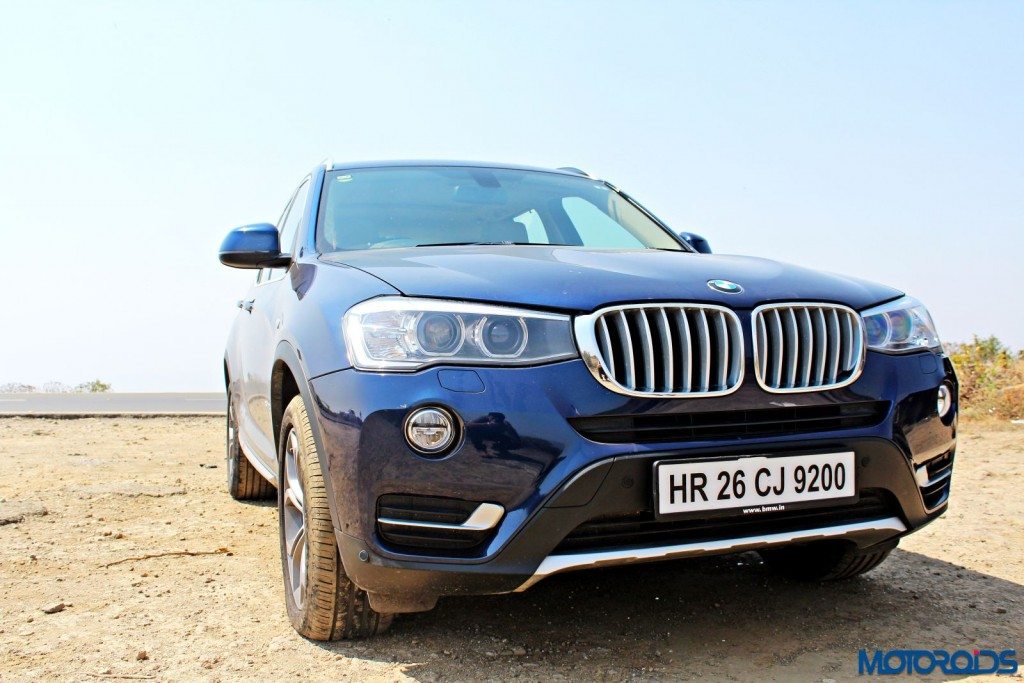 No facelift is complete without some cosmetic nip and tuck, and it’s no different with the new version of this globally popular SUV either. The most remarkable difference over the previous version is the new set of headlamps and the chrome embellished kidney grille. The headlamps have been elongated, given a bigger, edgier shape at the flanks and have been stretched on the insides as well to merge into the grille. The kidney grille, by itself gets some changes, including a liberal dash of chrome, especially on the sides to make direct contact with the headlamps. 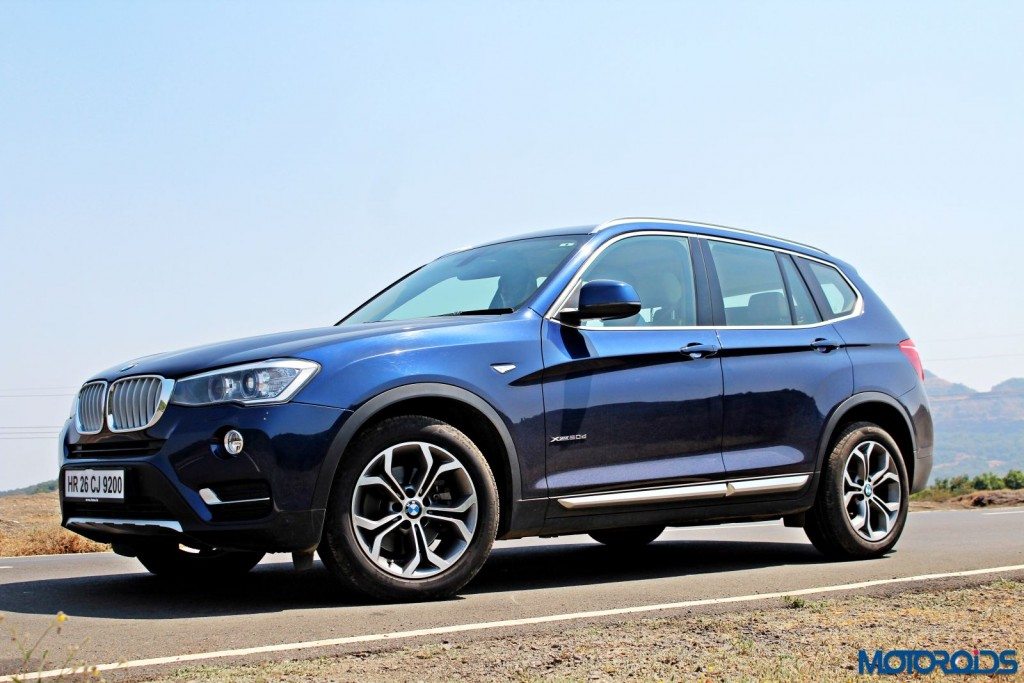 Down below the car gets a reshaped bumper with bigger central and side air dams. The vents also get satin silver highlights to lift the premium appeal that tad bit. There is a new chrome lining around the fog lamps housings too. The shape of the simulated under-guard for the front bumper has changed and so has some lines on the bumper itself 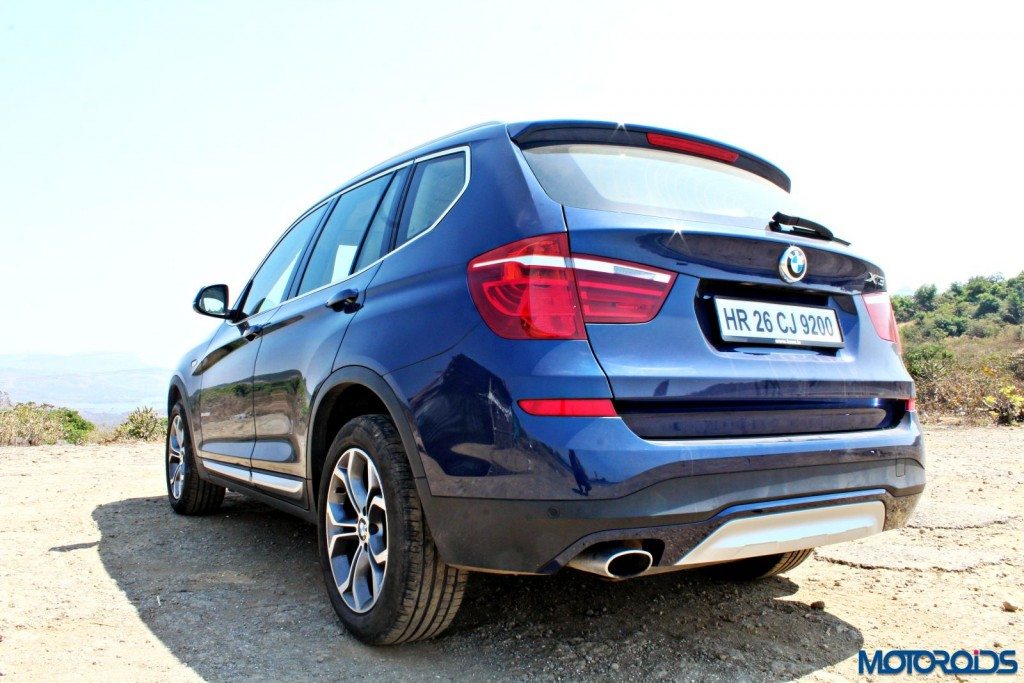 In profile, the new X3 gets ORVM mounted blinkers, and that’s pretty much it, though at the rear, the bumper, just like the front gets a thorough refresh. 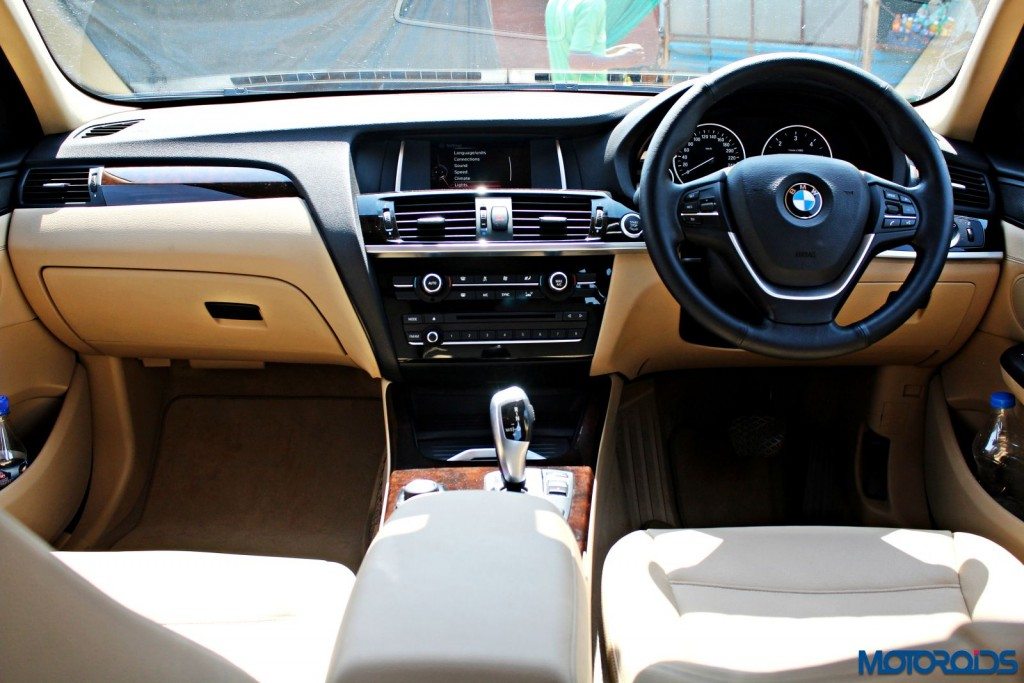 Not much, except for a new hi-gloss piano black inlay for the center console and a sliding cover for the front cup holders. The tail-gate too now gets an automatic opening feature where it pops open upon you sticking your leg beneath the rear bumper. Good for a time when both your hands are full with wife’s shopping bags. 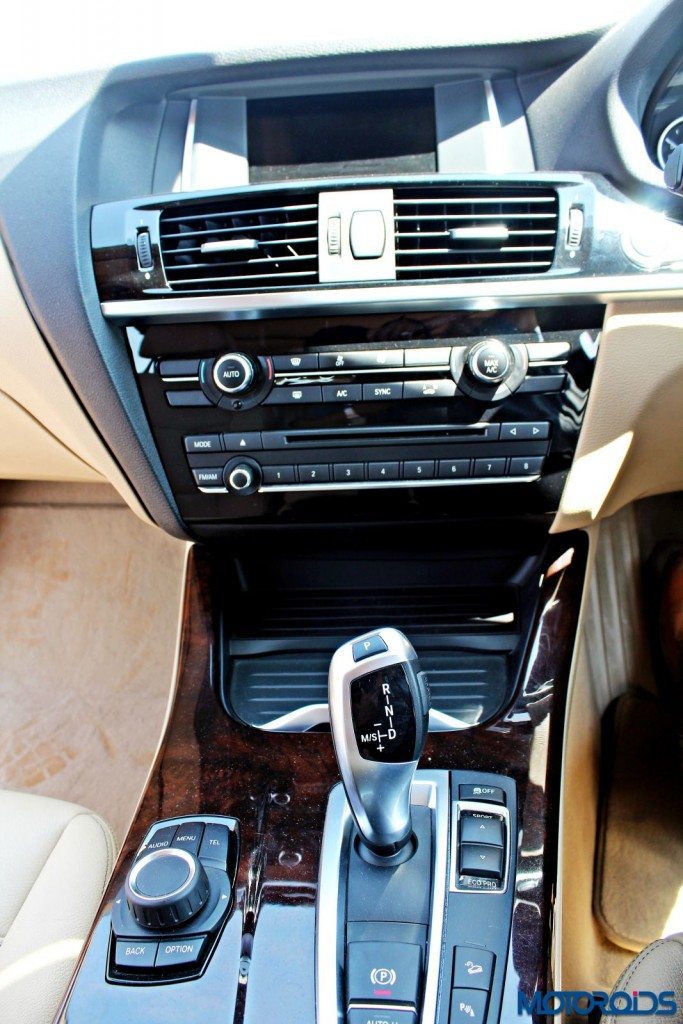 The X3 has always boasted a comfortable, spacious interior with quality materials and plenty of cubbyholes. The boot is massive, doesn’t have a loading lip for easy access and the rear seats are flexible enough to fold down into a few useful configurations. All these things make this car very popular in affluent countries, and BMW have decided not to mend what’s not broke.

Next page for more>>>

How does it feel from behind the wheel?

We drove the last version of the car with the bigger three liter diesel engine under its bonnet – and what a hoot it was. Even with its relatively soft (compared to the more hardcore X5), family friendly character, we absolutely loved making a trip to and back from Pune and clocked some crazy time with that sporty engine burbling intently as though it ran on gasoline. 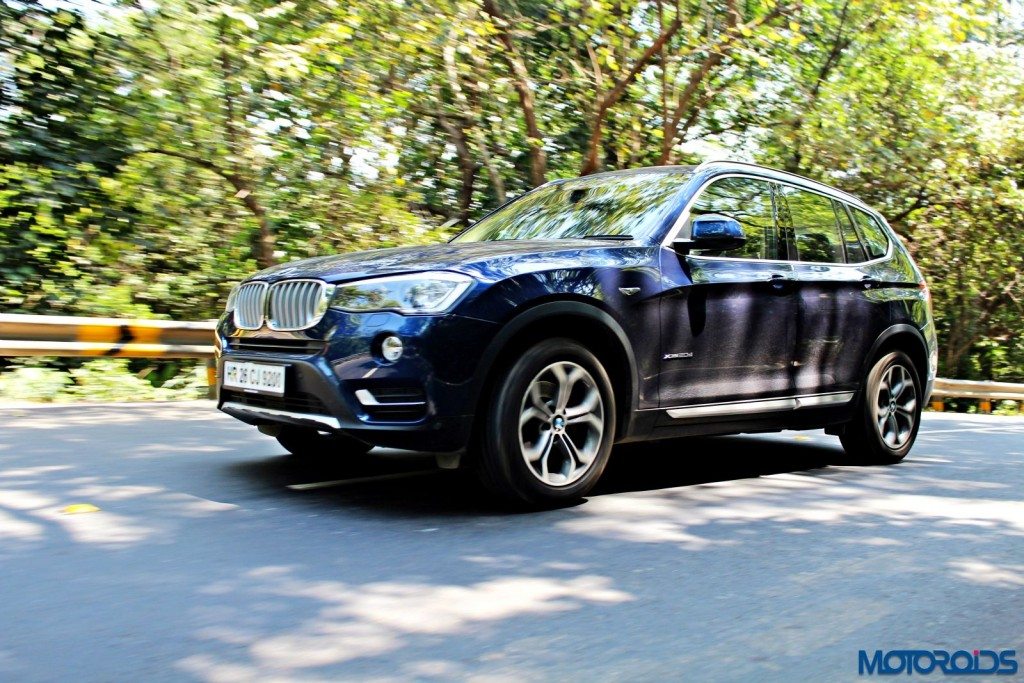 In comparison, for obvious reasons, the two-liter diesel feels a bit underwhelming, but is still quite a performer for its displacement. There is plenty of shove at hand from the outset, and the four big hundreds of Nm ensure that the car’s weight is never an issue to haul, even with full load. Acceleration is brisk with the good part being the keenness of the engine to rev all the way up to its 5k redline despite being a diesel mill. Performance even at the upper spectrum of the rev band is good for the class and lends the X3 a playful character. 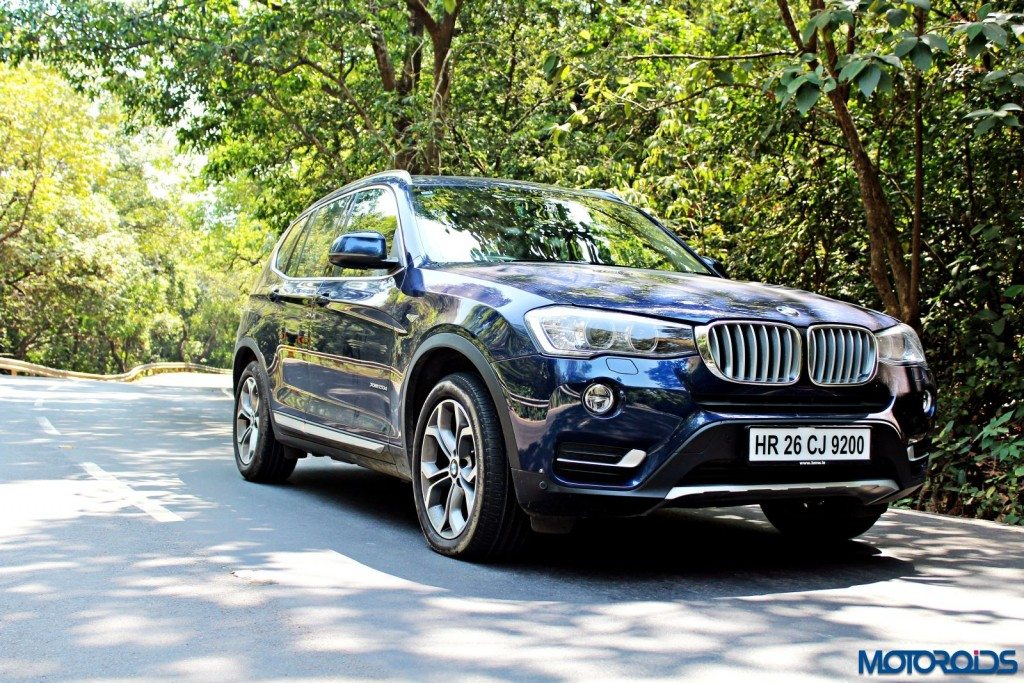 Steering is quick, direct and involving. The Adaptive Damping available in the xLine trim adds some more fun to the mix. The X3, as we mentioned before isn’t as performance focused as some other cars in the BMW family, with comfort and good ride quality placed quite high up the order. It’s a tad softer than what you’d expect from a Beemer. The DNA runs through the car’s veins though, and even with a bit of body roll thrown in, it shows great composure and balance when shown a bunch of bends.

Our only gripe would be the tyres, which decided to start wailing a bit too early than expected. Or probably it was just us having too much fun.

Is there something going against it?

As a family oriented, spacious, fun to drive crossover, the X3 is really hard to fault. It does the balancing act really well, and mixes everyday practicality with SUV attitude and fun-to-drive factor splendidly. Our only concern would be the lack of a spare, which, in Indian conditions can be a precarious thing, especially while venturing out into far flung areas with family aboard. The run-flat tech may work to limp you to safety, but it helps to know that you have a back-up if something goes wrong. 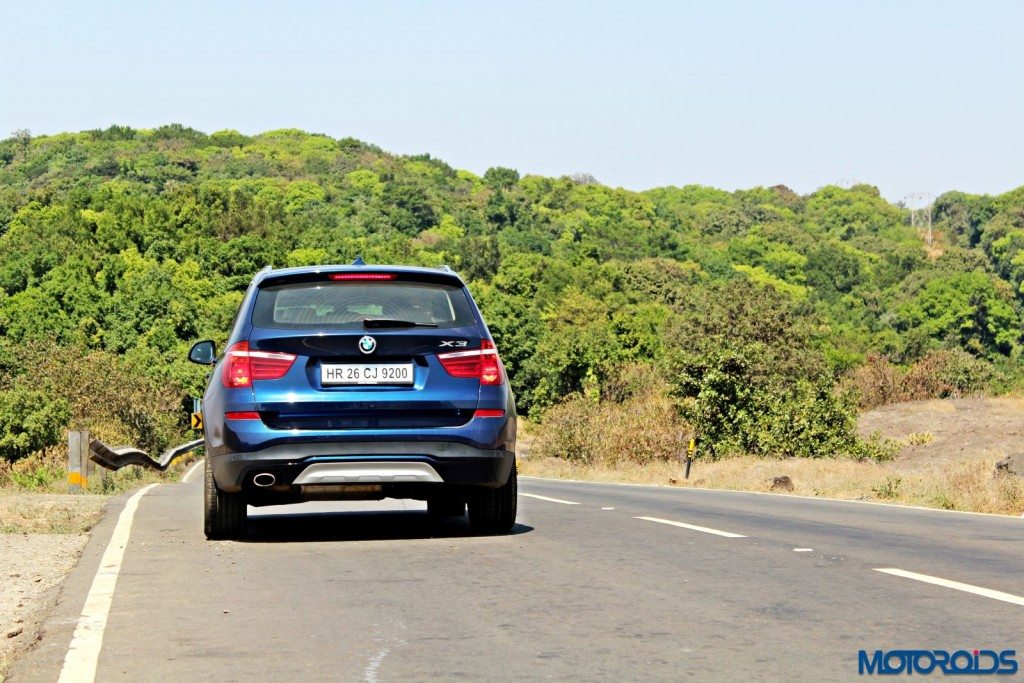 And it’s not just an issue with the X3, we believe that the disappearing / shrinking spares on premium cars is a dichotomy – spelling an uneasy, insecure feeling for people who have splurged tens of lakhs of rupees for a hassle free, comfortable driving holiday with family. They don’t get in return what even the buyer of a car as basic as a Maruti Alto gets by default.

How does it stack up against competition in terms of price?

Pretty well, actually. The top of the line, X3 xDrive-20d xLine, at nearly Rs 53 lakh ex-showroom is actually a few lakhs cheaper than the equivalent top-spec offerings from the rivals with a similar engine. In that sense, the X3 represents good value, as it’s also the most fun car to drive of the bunch. 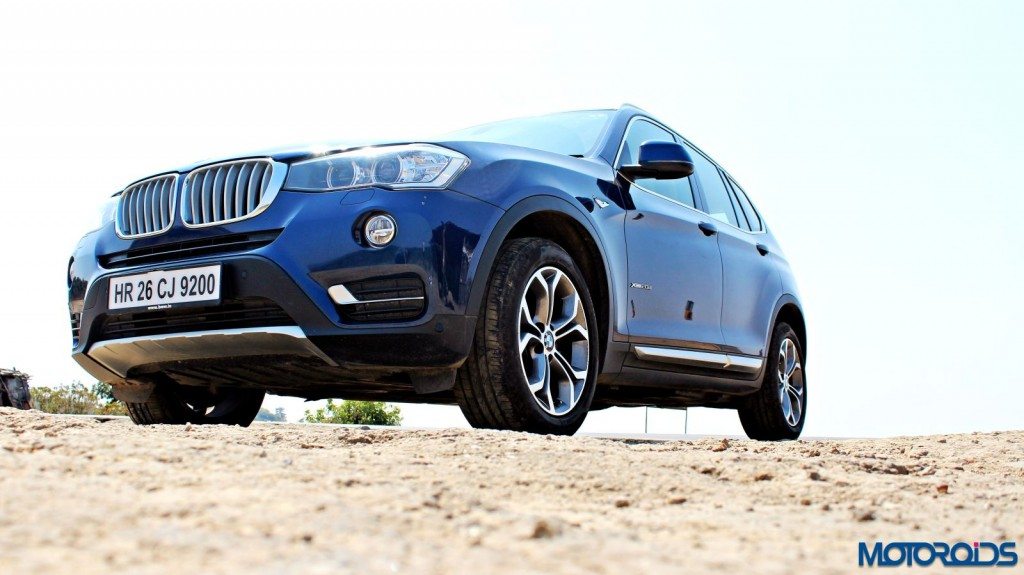 Is there anything else I should know?

The new version of the car is more or less same as the previous version in terms of interior and features. You’d benefit greatly by reading our exhaustive road test review of the X3 xDrive 30d we did some time back. If you have any further doubts, please let us know about them via comments below and we’d be happy answer your queries.

Price as tested: Rs 53 lakh x-showroom for the xLine variant