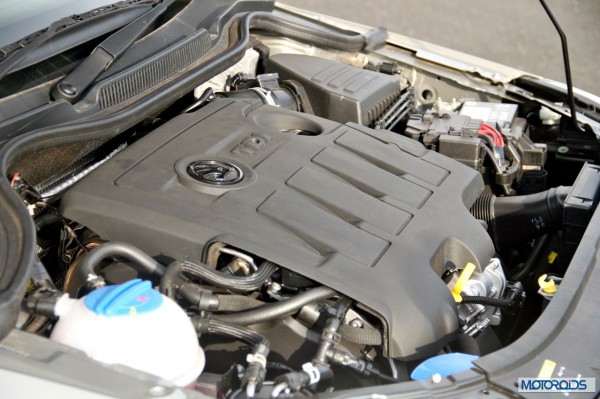 This is where the real change has come about, and in our view, is good enough to make the Rapid feel like a new car altogether. The variable geometry turbine (VGT) version of the 1.5 TDI diesel engine, seen first on the VW Polo, replaces the 1.6 TDI power-plant on the Rapid. While the displacement has been reduced by 100cc, there has been no change in the power and torque output. Peak power is rated at 103bhp as before and is produced at 4400 rpm. Peak torque remains unchanged too at 250Nm between a wide rev-band of 1500-2500 rpm. 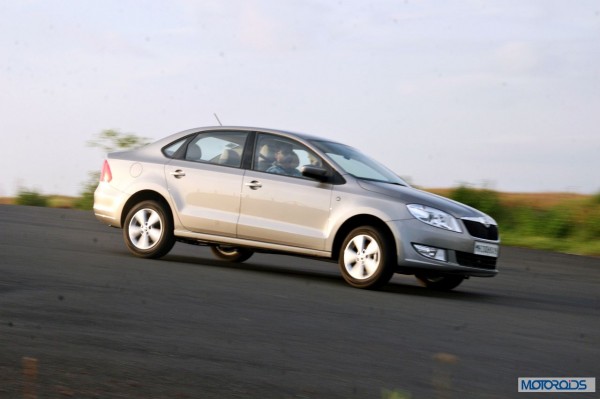 So, while the power and torque figures haven’t really changed on paper, the character of the engine, on the road, most definitely has. While the earlier 1.6 TDI unit, though not laggy, really brought to fore its forceful torrent of torque only post 1800 rpm. The pull from the punchy engine was clearly discernible as the turbo spooled up nicely, and it was fun and addictive in its own unique way. The turbo kick-in, which pleasured the torque junkie, was tradeoff for in-city driveability in higher gears at low speeds. 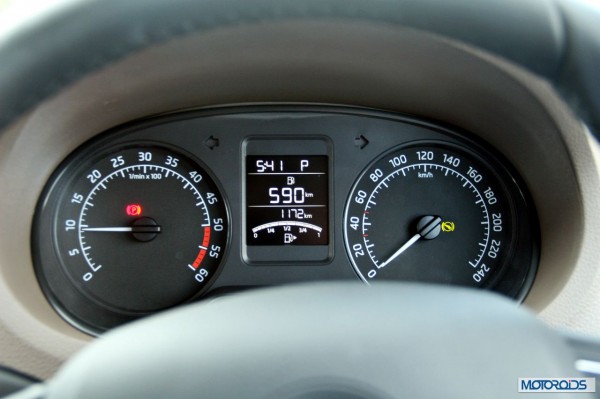 The new 1.5 TDI engine is more linear, and gets to business from about 1500 rpm. It doesn’t mind shoveling out torque from the bottom of its rev barrel and keeps spinning without a whimper. While it’s difficult to see all that happening on the tacho with the brilliant 7-speed DSG transmission swapping ratios effortlessly based on the pedal position and speed, we did manage to study the behavior in detail on a forlorn piece of tar in Varna, Goa. That transmission has always been a brilliant unit, and makes the new Rapid shine with its presence. 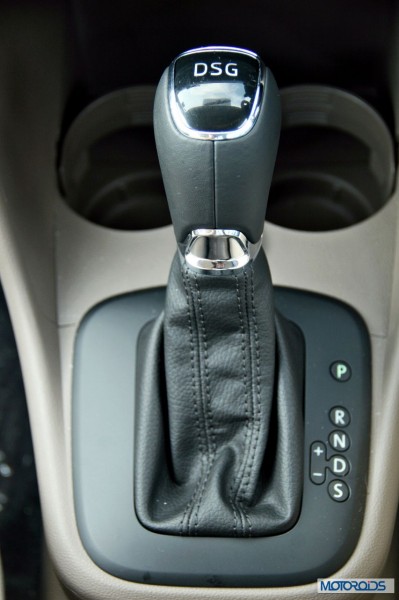 The 7-speed twin clutch DSG automatic transmission doing duty on the new Rapid simply makes it the most effortless car to drive in its segment. With the linear, torquey engine playing perfect foil to the quick shifting transmission, the new Rapid up-shifts quickly if you drive with a light foot and manages to exceed the manual transmission’s efficiency figure by about 0.5 kmpl. So while the manual transmission variant of the Rapid 1.5 TDI delivers 21.4kmpl under standard cycle, the DSG variant manages 21.66 kmpl. More convenience, better performance and more efficiency – nothing quite matches the magic of the DSG in the mainstream car market when it comes to automatic transmissions.

You can choose from Drive or Sport modes, and can also shift manually if you so wish by slotting the shifter lever to its left and then pushing the lever up, or pulling it down for up- and down-shifts respectively. Gear shifts in manual mode are lightening quick in typical DSG fashion, and there really isn’t any other auto transmission with a diesel engine which can come close to this piece of kit for promptness. 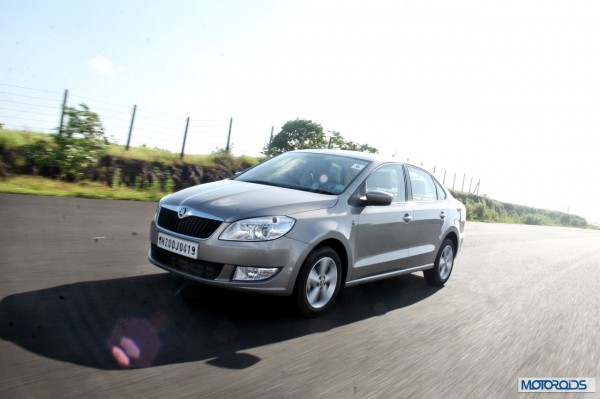 In drive mode, the transmission tries its bit to keep the revs above 1400 kays to equip the car with enough shove to move ahead with reassurance. So when you drive with a feather light foot, and the tacho needle drops back from nigh 2K revs after an upshift, it settles down at around 1400 rpm. Depending on the amount of lead in your foot, the tacho needle would drop down ranging anywhere from 2000 rpm to 4500 rpm in Drive mode. What this effectively means is that even drive mode takes you up to 4500 rpm in a gear if you decide to bury the pedal. 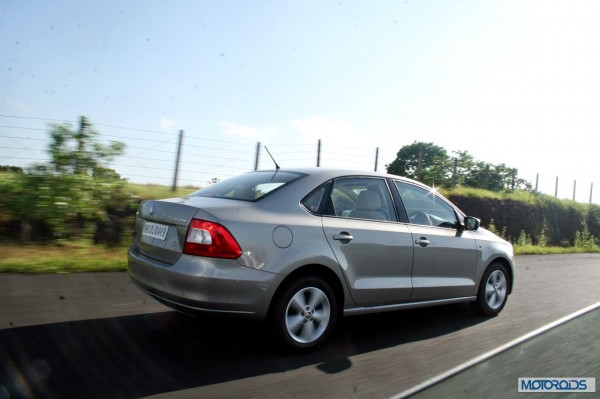 Sport mode peps up the shift pattern, making the engine hold on to its revs for longer. Typically, with part throttle, the upshifts would happen at around 3500 in this mode. However, with the pedal put under more than usual pressure, the tacho needle would visit the 4500 rpm mark before the DSG slots the car in a higher gear. You’ll have to shift to the manual mode if you want to make the revs go all the way up to the 5K redline on the tacho. 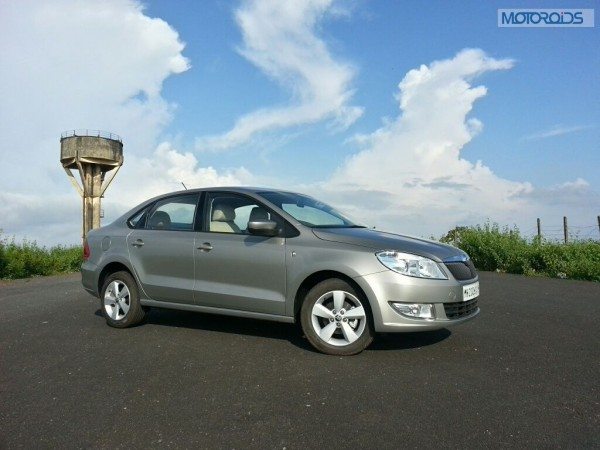 The new 1.5 TDI engine, though a tad bit noisy above 3000 rpm, doesn’t mind being revved hard. The trips to 4.5k revs by the needle are eager as compared to some other lardy engines in the segment, though the performance somewhat tapers down towards the top end. The new 1.5 TDI engine lacks its 1.6 TDI predecessor’s outright punch, though it’s more useable, more frugal and more refined. Even with its slightly toned down mannerisms, this is a thoroughly enjoyable unit, and should be able to propel the Rapid to a genuine 180kays on the clock. In conjunction with DSG, the whole experience becomes much more convenient and enjoyable, all at the same time.