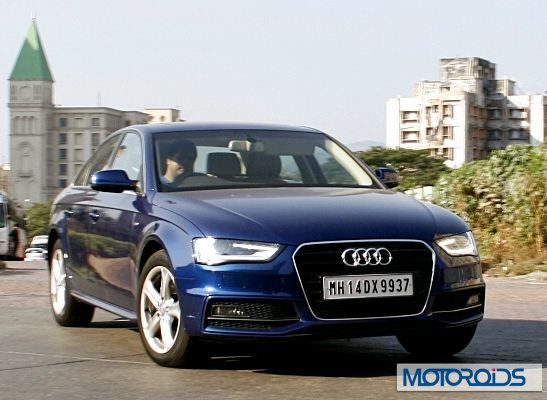 The new Audi A4 2.0 TDI has just been supplied with a more powerful power plant and an updated MMI with 4 drive modes. Here’s our review answering all your questions about the handsome looking sedan from Ingolstadt

Is the 2014 Audi A4 an all-new, next-generation version of the car?

No, it’s nor a next-generation version. Though it incorporates some changes which make it substantially better than the model it replaces. It’s got a new, more powerful engine, along with significant new changes in its MMI interface.

You can read our detailed review of the Audi A4 for design, features and all the other details here 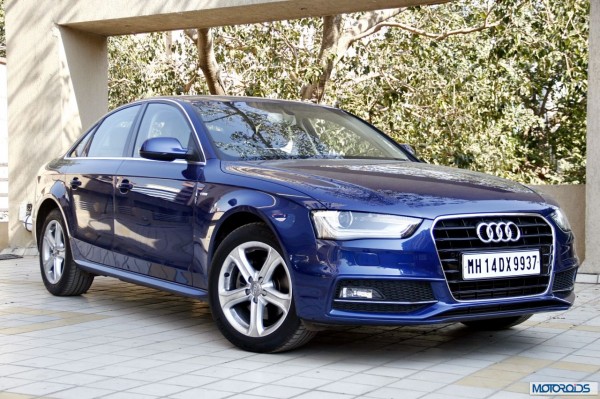 The new A4 is still powered by the ubiquitous 2.0 TDI mill, right? What’s new about it?

The engine nomenclature 2.0 TDI is used by the VW Group for its range of 2.0-litre turbo diesel engines. The engine is available in a variety of states of tunes. The Skoda Octavia, Superb and Yeti also make use of the same basic unit, but as we said, the state of tune is different. 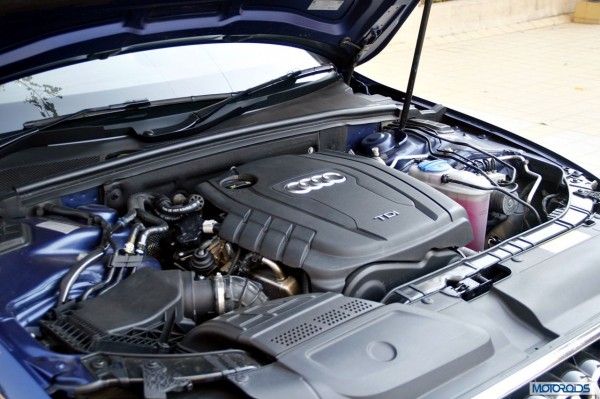 The earlier Audi A4 employed a version of this 2.0 TDI engine which produced 143PS, unlike the rest of the new models in the Audi range which are propelled by the new 177bhp engine. In the 2014 version, the Audi A4 gets this more powerful engine. Maximum torque is also up significantly by 60 Nm – from 320 Nm on the previous model to 380 Nm on the new one. The gain is achieved without messing with the low rev band of 1750-2500 rpm which makes low rev city driving a breeze, and also enhances efficiency.

As we observed, the new engine is smoother, more responsive and more silent in operation as well. The difference is evident as soon you twist the key and get on the move.

Have they changed the transmission too? 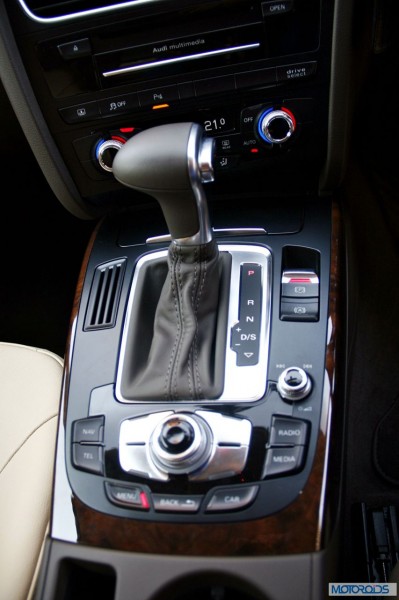 The 2.0 TDI engine is mated with the same eight-speed Audi Multitronic transmission which was available on the previous car. The transmission system is essentially a CVT. Audi has, however, executed this CVT so well that it feels like a proper auto box. While outright shift quickness and response to sudden throttle input is not as good as, say a DSG, it still works bewilderingly well for a CVT.

In the automatic mode, the Multitronic transmission calculates the optimum gear ratio with the aid of a Dynamic Regulating Program (DRP) which response to engine load, driver’s preferences and driving conditions. 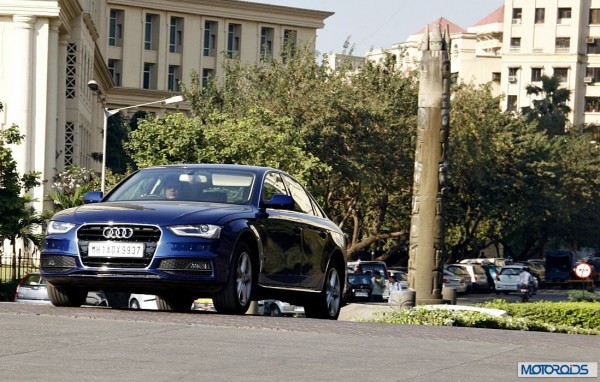 During everyday driving conditions, shifts are smooth, reasonably quick and imperceptible as long as you are using the part throttle. The lag is more perceptible when you bury the pedal, looking for instant thrust. The bigger and more powerful engines on the car like the 3.0 V6, however, come mated with a dual clutch S-Tronic transmission.

So what does the new engine feel like on the move? 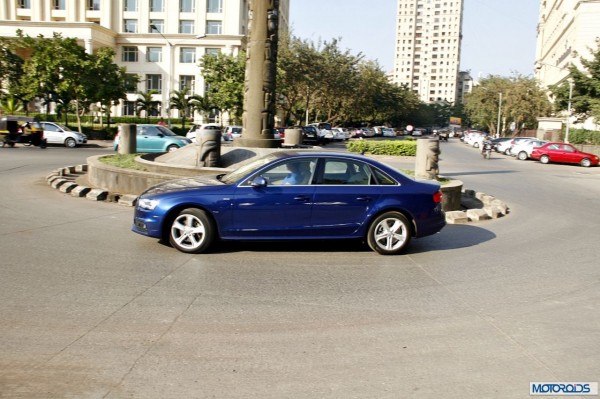 Perceptibly punchier and even more refined than the previous generation mill, the new engine makes a substantial difference in the way this A4 drives. In-gear acceleration is much stronger now, making overtaking a breezy affair. This engine is more rev happy too, delivering a higher top whack and better top of the rev-range performance in all gears. Audi is claiming an 8 second 0-100km/h dash which is pretty quick and is an improvement of about 2 seconds over the previous car.

The front wheel layout of the car, however, isn’t the most conducive for handling that extra power. Speed in itself is not a problem, the A4 feels very sure footed even at high speeds in a straight line. As long as you are building speed progressively, the A4 will delight you with its poise and refinement. It’s only when you stomp the throttle, especially at slow to medium speeds that the front wheels feel somewhat overwhelmed by the extra power and torque momentarily. Sudden kick-downs tend to overpower the front wheels momentarily.

How’s the ride and handling? 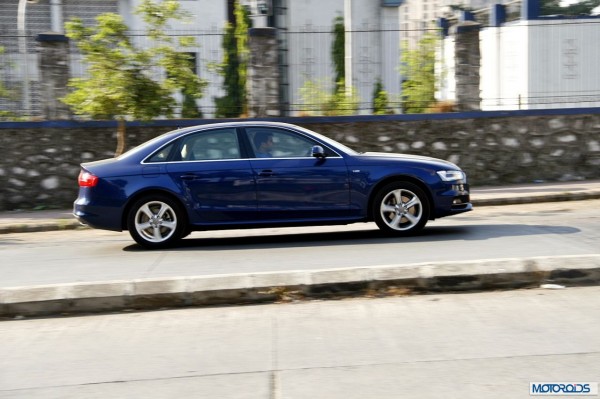 The soft suspension setup is more suited to city driving and oriented more towards comfort than outright handling. The A4 makes for a fantastic city car, and with its liberal cabin space deems it fit for being chauffeur driven as well.

With its inclination towards ride comfort, the A4 isn’t the best machine to chuck around serpentine roads. The steering too could have done with a bit more feedback and feel on the limit. The A4 takes the broken roads in its stride rather well and makes a strong case for itself for those who want a handsome looking car with ample features and comfort for their daily commute. If you’re a performance enthusiast, looking for sheer driving pleasure, you should be looking elsewhere.

Any changes made to the cabin? 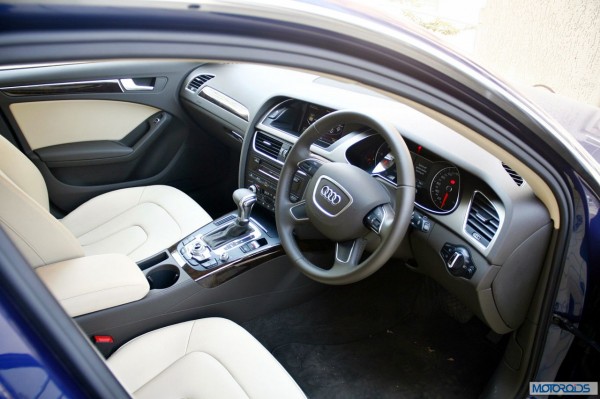 Yes, there is indeed a change and a significant one at that. While the previous version of the Audi A4 did not offer any drive select modes to the driver, the new model offers 4 drive modes to choose from – Comfort, Auto, Dynamic and Individual. 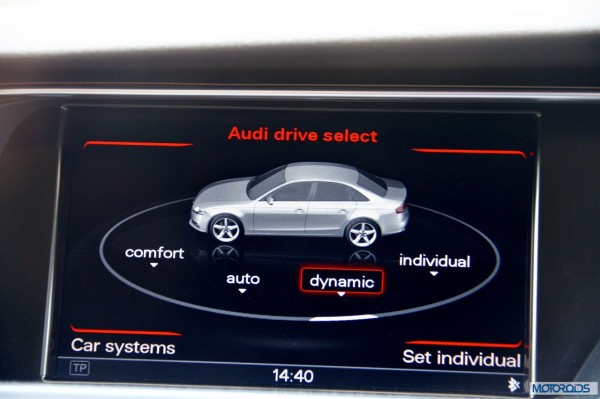 Has Audi made any other changes to the car? 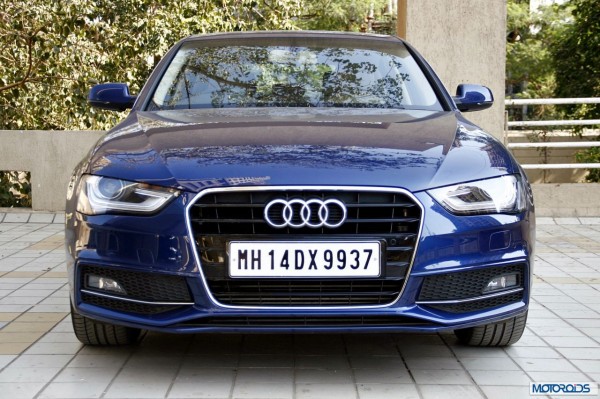 Nope, that would be it. The new A4 is identical to the version it replaces in all other aspects including exterior design and cabin features.
What’s the price?

The price for the new 177bhp version of the car starts from Rs 33 lakh ex-showroom. The less powerful 143 bhp version is still available for a mouth-watering 28 lakh rupees ex-showroom.