According to a report by AutocarUK, the upcoming Ferrari California replacement is said to have a max power output of 552 HP. As already known, the car will be powered by a Maserati sourced 3.8 liter twin-turbo V8.

The 3.8 liter twin-turbo V8 will provide a louder exhaust note when compared to the naturally aspirated V8 motor from the outgoing model. Ferrari had even considered a smaller V6 engine, but in the end they decided to use the twin-turbo V8. 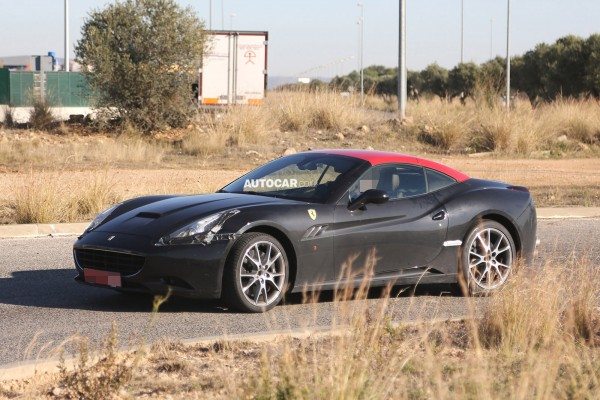 The upcoming car will enherit some design cues from the Ferrari F12 Berlinetta, especially at the frontal section. On the rear, the car will be slightly lowered. Ferrari will continue to use a retractable hard top and for the cabin , massive revamps are on the cards, including the provision of a new infotainment system.

As per reports, Ferrari is already accepting pre-orders for the California repacement and deliveries will commence in May 2014, following the car’s public debut in March at the Geneva Motor Show. Production of the car will be capped at only 500 units, as Ferrari has already expressed its desire to increase exclusivity by limiting production rate without having a negative impact on the companies profits.

The price of the California replacement will remain the same as the current model at £152,154.