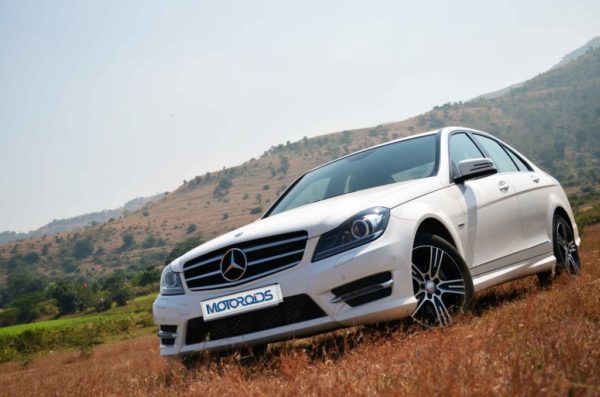 Renowned German premium car maker Mercedes Benz intends to unveil the all new generation of its C Class in January next year (Click here to read about the 2015 Mercedes C Class). However, it seems like the manufacturer hasn’t yet given up on the current gen model and as part of celebrating  10 million sales of  the C Class, recently launched a new commemorative edition of its entry level sedan in India.

So what’s so special about the latest ‘special variant’ of the C Class? 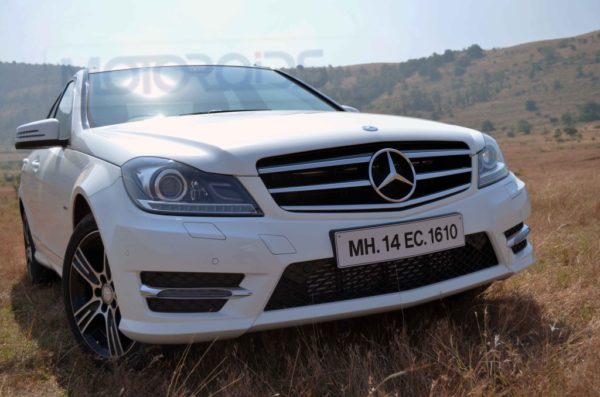 The C Class Edition C trim is available only with the C220 CDI engine variant. Those who have been wishing for performance upgrades would be disappointed here. However, the new Mercedes C Class Edition C comes with a host of visual upgrades that work together to bestow the ageing car with a sense of freshness (and sportiness).

We believe that Mercedes has done pretty well to differentiate the Edition C from the regular variants and the plethora of low-key visual upgrades, most of which have been borrowed from the AMG variant, are sufficiently potent in infusing a dash of sportiness with the C. 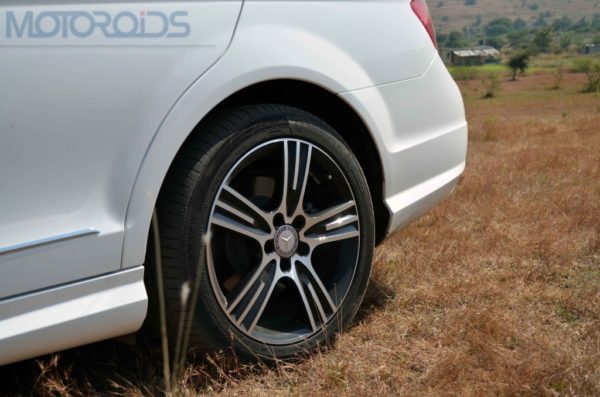 There are good chances that most of you might not have any reason to complain about the way the Edition C looks. However, the hard-to-please souls that we are, we would like to point out that the mag wheels look somewhat like aftermarket units when viewed from up close (which might not be a bad thing for many)!

Are the visual upgrades restricted only to the exteriors? 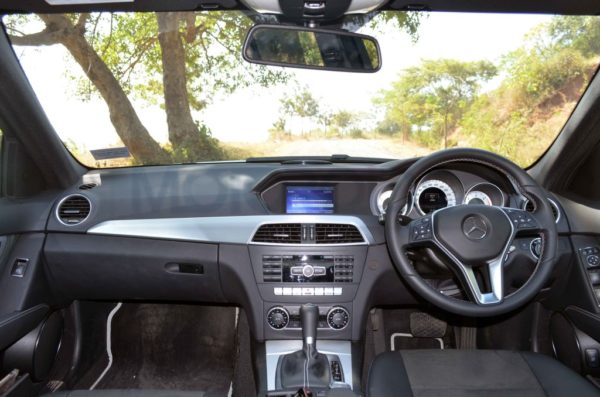 Not really. The new Mercedes C Class Edition C gets slightly updated interiors, which come with quite a few new features.

On the inside, the car gets- 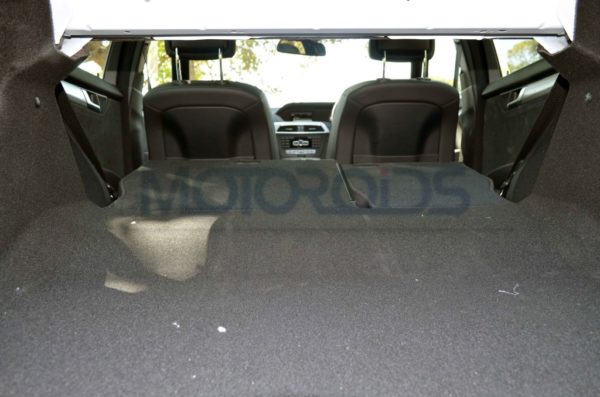 The interiors of the Mercedes C Class Edition C leave us impressed with the updated upholstery, additional features (such as the sunroof) and the overall sense of sportiness. We agree, the Edition C is no performance variant but the application of several AMG bits go a long way in invoking some excitement.

Cool! But does the engine and transmission do justice to all those AMG bits? 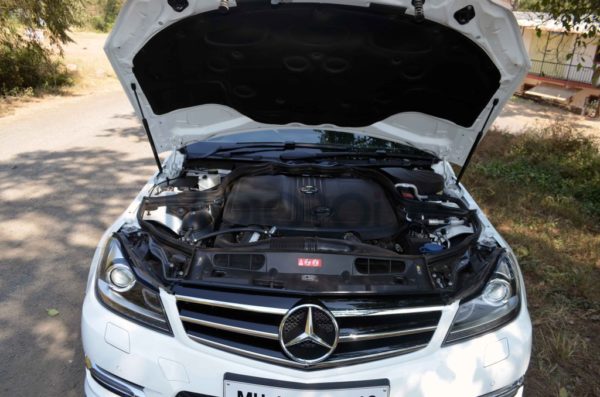 As we pointed out earlier, the new Mercedes Benz C Class Edition C has to do without any performance upgrades. This means that the new C Class variant is powered by the same 2.2 litre four-cylinder diesel engine that powers the regular C220 CDI. This motor has a max power of 170 hp and peak torque of 400 Nm. If company claimed figures are to be believed, the car can dismiss 100 kmph from standstill in 8.1 secs and the Edition C is capable of a 231 kmph top whack.

Putting it bluntly, the C Class Edition C is a reasonably good real world performer. For our country and roads, that engine and transmission is more than sufficient to let you travel at a very swift pace. What it cannot do however, is to nudge the rear bumper of that odd performance car on the Autobahn.

We were quick to get addicted to playing with all the torque that the engine churns out. Talking about the torque on offer, the same is available from low down the revs and this translates into the car being pretty quick off the block. The 7G-TRONIC (seven speed automatic) transmission, in typical Mercedes fashion, offers smooth and seamless shifts and enables the engine to put all that power down to the road very efficiently.

A little grouse here, however, is that the gearbox could have been a tad more responsive to the proverbial heavy foot. Also, one feature that is sorely missed on the new Edition C is that of the paddle shifters. 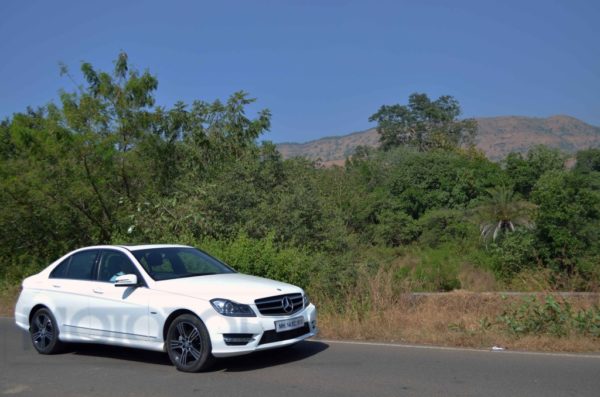 Hmmm. . .what about the handling? Is the Edition C as much fun around the corners as some of other German rivals?

Well, the body roll is very well contained and the new Edition C remains poised even under some hard cornering action.

That said, the steering of the Edition C is definitely not as communicative as that of the BMW 3 series. However, it is far from being soft and scores well for being well weighed. The car holds its line very well and the Continental tires feel up to the task, even with some spirited driving. Overall, the car’s handling is impressive enough to make our Lavasa stint in the car a fun-filled affair!

Okay. . .and the ride quality?

The ride quality is the Edition C’s forte! Even with low profile footwear (225/45 R17), the ride quality of the car is quite comfortable. The C Class can tread most of the broken patches of roads without breaking a sweat or letting the occupants know of the hard work that the suspension has to put out.

Overall, the C Class boasts of a plush ride quality that will keep its owners, who will most likely be chauffeur driven, very comfortable and happy.

So what’s your take on the new Mercedes C Class Edition C?

We would like to repeat that we aren’t too pleased with the fact that Mercedes has refrained from endowing the Edition C with any sort of performance upgrades.

However, there is no denying that the plethora of cosmetic enhancements (especially those coming from the AMG variant) have been successful in upping the desirability quotient of the  ageing sedan.

At INR 39.16 lakhs (ex-showroom, Mumbai), the new C Class Edition C is more than INR 3 lakhs pricier than the regular C220 CDI. However, the additional features (and the exclusivity) that the new car comes with certainly justify the increment in the price.

Flip to next page for more details and images >>> 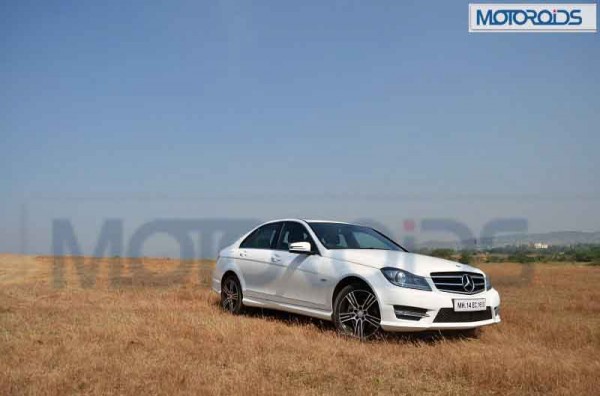 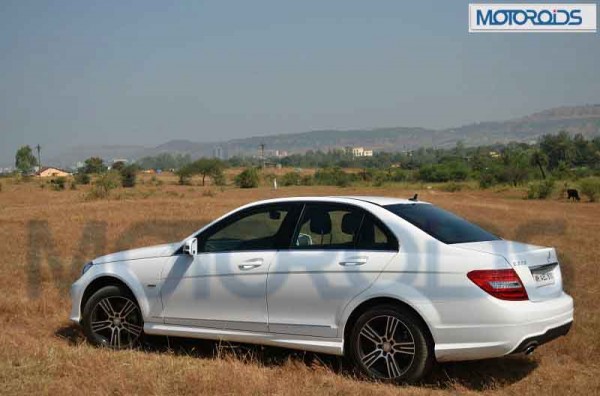 Those new design mag wheels are exclusive to the Edition C 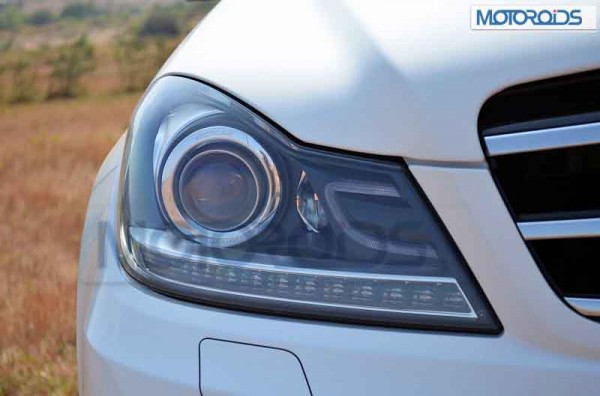 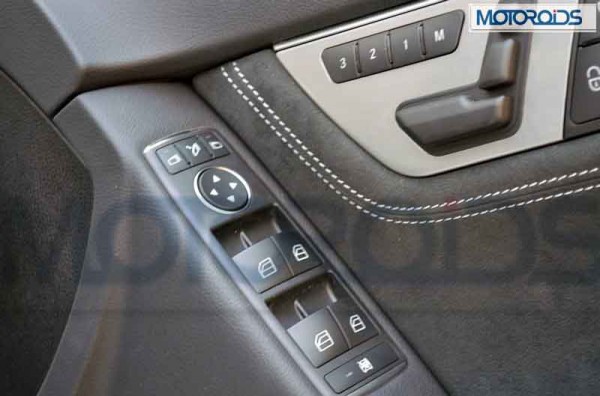 The  ergonomic switches on the door pad.
Note- Contrast Stitching that adds exclusivity and a sense of sportiness 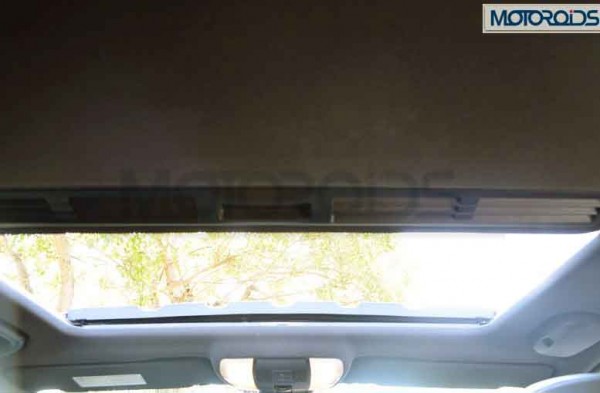 The Edition C comes with an electric sunroof 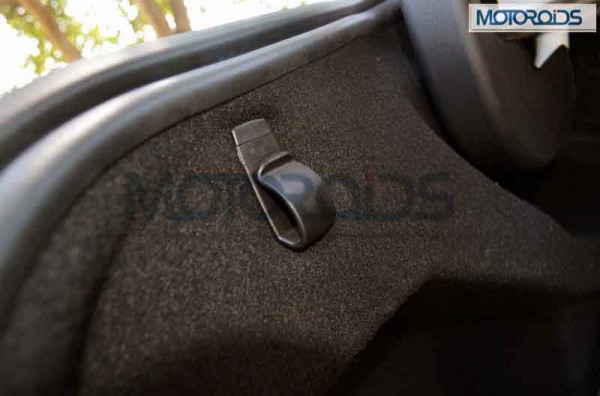 Touches like these, along with split folding rear seats, up the practicality quotient of the Edition C 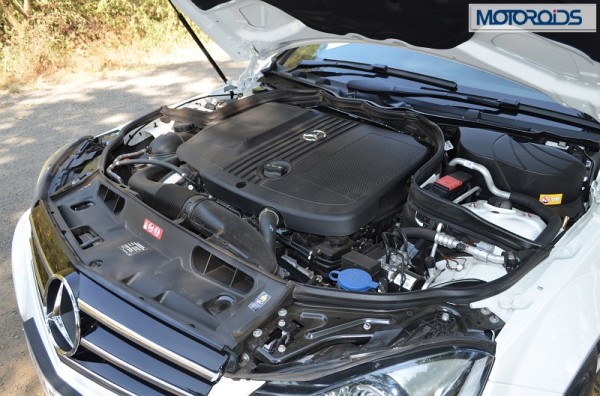 While the Edition C doesn’t get a bump in power, we have nothing but great things to say about that engine. The torque is just addictive 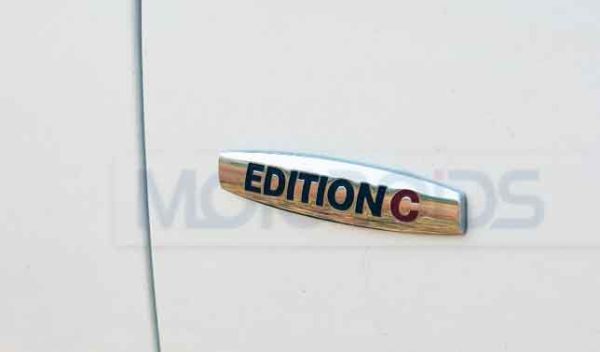 While the Edition C is more than INR 3 lakhs pricier than equally potent C220 CDI, the addition of host of new features more than justify the increased price tag

Go to next page for even more images>>>