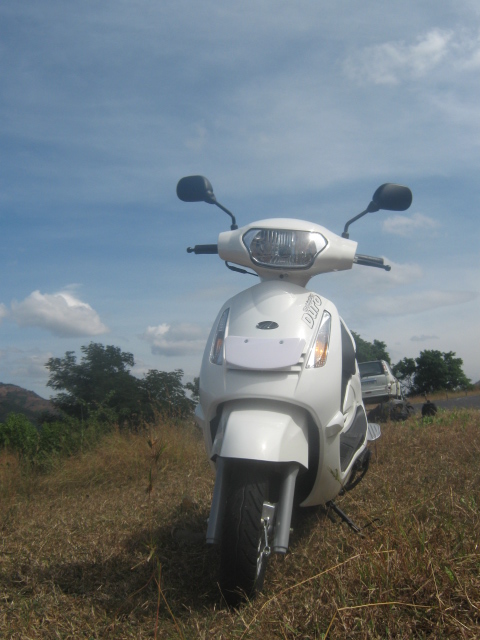 The Mahindra Duro is based on the now defunct Kinetic Nova. Recently, we were introduced to the upgraded version of Mahindra Duro that will be sold alongside the current version. The new version is christened as the Mahindra Duro Dx 125 (phew!!) and when launched, it will be positioned as a higher version of the current Duro. The new version gets some really appreciated and much needed changes thus making it as a nice alternative to the Honda Activa and Suzuki Access. Mahindra 2 Wheelers has worked on the Duro with the customer feedback in mind. We were told that the company has been doing some test runs with customers to gauge the kind of response the upgraded scooter gets. This all simply says that the manufacturer seems to be working overtime.

There is not much of a difference between the Duro Std. and Duro Dx. But if you feel that you can simply slap on some Duro Dx decals on your Duro Std. and make it pose as the Dx then you are wrong for the Duro Dx gets a new headlamp that manages to appear more in line with the modern styling. The headlamp is larger in area and looks a tad like a cross between the Rodeo’s and Access’s unit. Other changes include upmarket clear lens indicator covers, bigger mirrors, larger (&wider) seat and bigger grab rails along with Duro Dx decals. Minor things that one may notice (but not immediately) are the now raised handlebars and the wheels now make use of four point mounting. Overall, the styling is very conventional and won’t really offend anyone. On carefully  noticing, one may find vent like structures built into the panel near the foot board and these are clever add ons that protect the main body in event of a slight impact. The scooter looks pleasing and with the new headlamp console, looks smart enough to rival the new Activa in this department. The scooter looks best in shades of white and black. Nothing ground breaking here though. Mahindra has played safe here, a tad too safe. 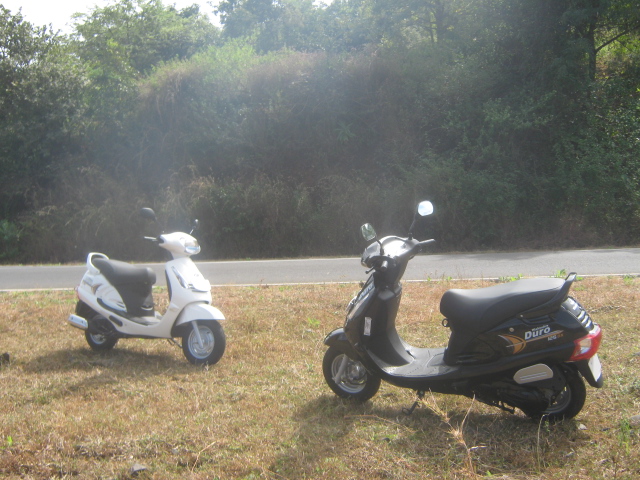 The Duro Dx gets a longer wheelbase and along with the revised seat, the scooter seats two in comfort. Handlebar gets rubberized grips and this surely is one neat feature. The foot board is long enough to accommodate a bag of vegetables or two. Also, the underseat storage is good enough to hold a full sized helmet along with other knick knacks. However, the compartment gets no lights (as in TVS products) and this will surely make the user hunt for things in the dark. Coming to the storage, the scooter also gets a front storage compartment as standard fitment and comes handy when one needs access to important documents and items. It may be noted that the Honda Activa offers the front storage compartment only as an option.

As said before, the Duro Dx gets raised handlebar and new seat. While the former makes U turns fairly easy owing to the handlebar not rubbing the knees, the latter is aimed to increase the comfort level. However, we found the seat to be a bit too curvaceous for a high level of support.  The instrument cluster in new and gets revised dials with new color schemes. The fonts are good enough in size and are easy to read. Switchgear quality is average bordering good and don’t expect Honda like feel here. No external fuel filler cap, and will be sorely missed.

All said and done, the Duro Dx manages to impress us in this department. 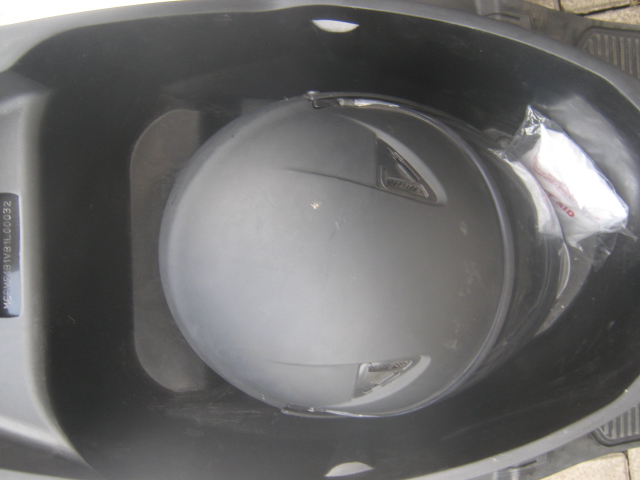 A full face helmet can be easily stored

Performance – Both the Std. and Dx versions of Duro are powered by SYM’s 124.6 cc, 4-stroke engine, that produces a power of 8 Bhp at 7000 RPM and 9 Nm of torque at 5500 RPM. The starter motor is low on noise and that impressed us. Now, the Duro Dx gets dual curve ignition mapping to extract the optimum mix of power and fuel economy. The scooter performs quite well and hardly feels under powered, at least in the initial speed range. It reaches 50 kmph in a brisk manner but above that speed its a bit of an effort. The scooter is good for city speeds and quick getaways from traffic lights. Anything above 60kmph though, takes a fair bit of time to come.   Power delivery is quite linear (again at city speeds) and the engine is very refined. I will say that the engine lacks absolute top end grunt, but has a good low and mid range punch. Maybe the dual curve ignition is to be blamed here as it cuts on the power as soon as it senses hard acceleration. The speedo shows a top whack of about 80 kmph. The CVT gearbox is good and no pauses or juddering can be felt. Mahindra 2 wheelers claim that the Duro Dx  returns 53 kmpl in Indian Driving Cycle and that means the scooter should deliver around 46-49 kmpl  in the real world. This gives the Duro Dx a range of about 300 kms on a single tank (6-liter) of petrol. It simply means that the Duro is at par with the Suzuki Access in this department.

I sorely missed the Nova 135 kind of madness in performance but the new Duro Dx should fortunately be much more frugal.

One of my favorite updates on the Duro Dx is the change of front suspension from a unit link type to a telescopic (again, a la TVS Scooty Pep). The ground clearance too has been re-visited and hence, increased to 155 mm when unloaded as compared to the 115 mm of the old Duro. This means that the Duro will not kiss the speed breakers anymore. The ride has been bettered and the suspension easily absorbs most of the irregularities of the road. Though, it lets you know what kind of surface you are on and that is how I feel it should be. The larger wheelbase helps in providing more stability.Duro Dx finally gets Activa like brake lock. The 130 mm drums remain unchanged but with more better boosting and new suspension, make braking a bit better than the previous version. I would like to add that the MRF tires do a good duty and provide a nice grip though unlike the Honda Dio and TVS Scooty/Wego, where cornering is so much fun, despite repeated attempts of knee downs, all I got was a lot of scrapping of main stand. 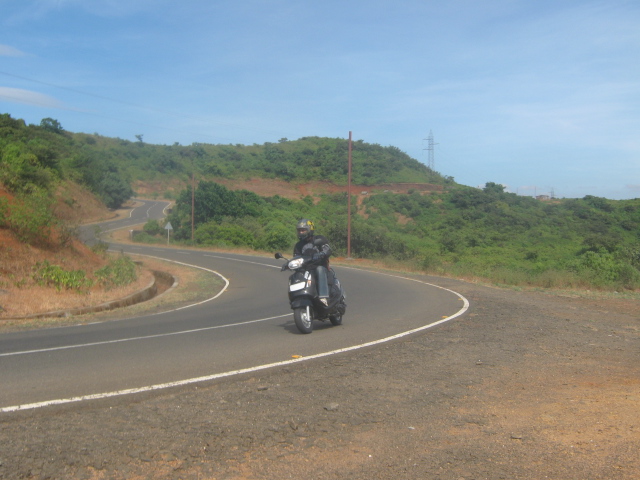 Mahindra Duro Dx surely is quite ahead of the earlier Duro and we are happy that the manufacturer has done a lot more than simply adding some graphics. The handling is very good (bordering excellent) and the engine is a smooth performer. The storage space on offer is terrific and the ride and handling is very nice for normal usage. Please have no motoscoot kind of expectations though. We were not told the pricing but no prizes for guessing that the Dx will command a premium over the Duro std. Overall, I will surely rate it highly for what it’s capable of. Well done, Mahindra!