The Green Goblin has us smitten, here’s why… 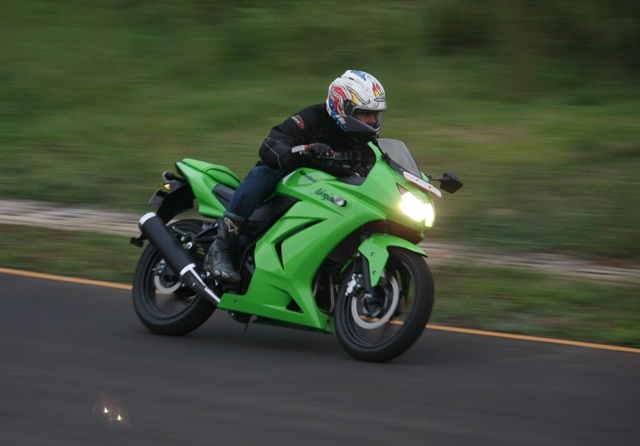 There is no denying that the Ninja 250R has lived up to its promise of delivering unparalleled performance to the bikers of this country. Superbikes aside, the Ninja is by far the best performing, the best looking and the dynamically the most accomplished machine in the country today. The angular, sharp, fully faired styling makes sure that you’ll witness people picking up their dropped jaws wherever you go. In lime green, the bike is nothing short of a visual festival. Unlike the R15, which pioneered the genre of full-faired bikes in the country, the Ninja doesn’t look slim or puny from any quarters. It’s a well-proportioned aggressive looking super sport bike that’ll easily pass as a superbike to the untrained eye. 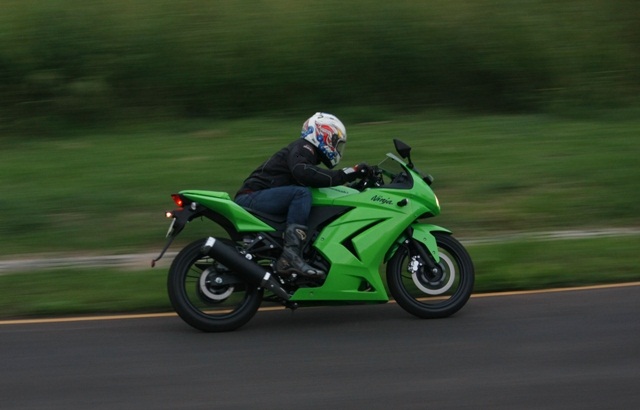 Get astride and the Ninja will make you aware of its power advantage right from the word go. The ascent of the speedo needle to the ton-mark is easy, and the bike will accelerate swiftly to the 140km/h after which the thrust gets a little subdued. Stay right there though, and you’ll soon see the tacho needle hovering around the 13k mark and the speedo indicating 160km/h. Unlike most other Indian bikes which pant and puff to cross the 130km/h mark, the Ninja can happily cruise at 140km/h provided you have the space on the road. The low-end torque isn’t particularly strong, but doesn’t give you a reason to complain either. The bike starts pulling after 3000rpm, but mid-range is where the spunk really is. After 8000rpm, the 250R really gets into its element and the tacho needle travels quickly to the 12000rpm mark, after which the revs again take some time building up. 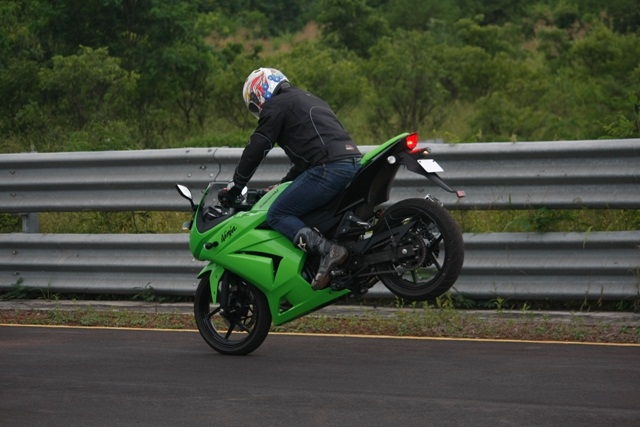 Around the racetrack the Ninja shines with its sure-footedness and poise. The sporty suspension setup allows you to throw the Ninja around with disdain, the brakes provide brilliant bite and feedback, the rubber provides ample grip to lean hard and there is enough power at hand to make a fast exit after the apex. The Ninja is probably not as rider friendly from the word go as the R15 owing to its heavier weight and sportier stance, and takes slightly more time before it turns into one of your limbs, but once you get acquainted with it, it’s as accurate a point-and-shoot tool as one requires to keep improving his time with every passing lap. 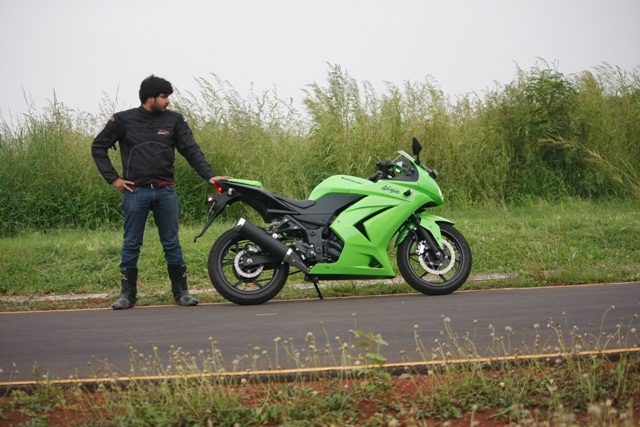 While we love the visuals and the riding experience of the Ninja, we do have some grouses. Price is one, but then enough has been said about that aspect. There isn’t a fuel gauge on the bike, which means if my brother steals it and parks it back after a 100km ride, I’ll be stranded in the middle of nowhere on my Sunday morning ride to the hills. The exhaust note doesn’t do justice to the speed of the bike. One wants to listen to some sweet music that gets louder as the speed increases. The Ninja is too muffled. It’s fantastically smooth too, so there are no vibes either to make up for the lack of sound. Not that it’s always a bad thing, but for some it just may be. 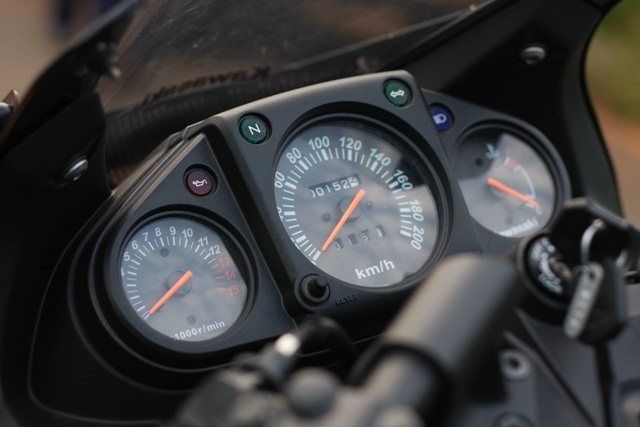 All in all, the Ninja has the goods. Buy it if you have the money, and make some poorer souls like ours envious. We just wish we had some more money to spare. 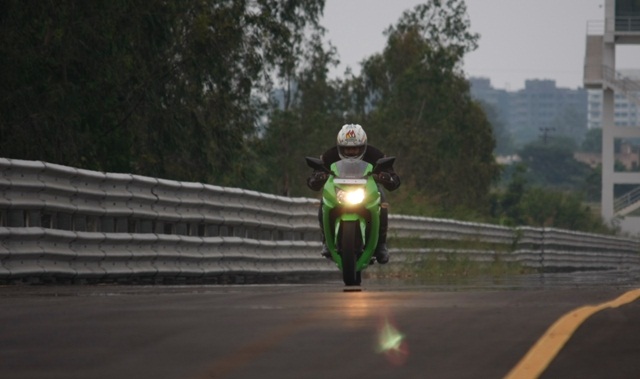