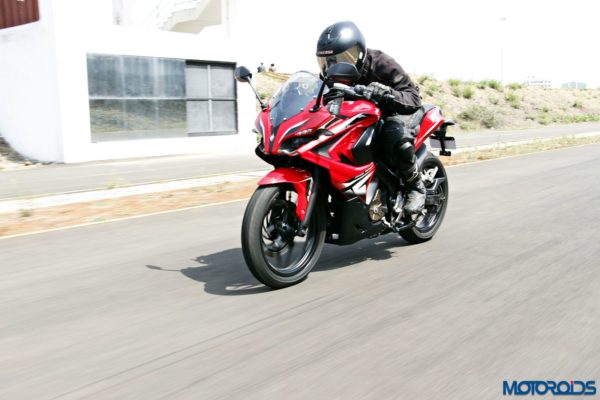 Saeed, our road tester, was at Bajaj Auto’s test track at Chakan, Pune, for the entire day today. While he had a fun day with the new Bajaj Pulsar RS200, he was heard complaining about having trouble wiggling out of his leathers. He may have been munching scones and waffles with Bajaj’s top brass in a luxury lounge while we sweated it out here in the Mumbai office. We’d never know.

What we do know is that he has thoroughly fettled the new Bajaj Pulsar RS200 to his heart’s content, racking up more lap times than he was supposed to in the time allotted. We know this because, he has emailed us his oh-so-important views and opinions on Bajaj’s first fully-faired bike from his inseparable Apple contraption that he always seems to lug around. We sometimes fear he may even take it to the loo. 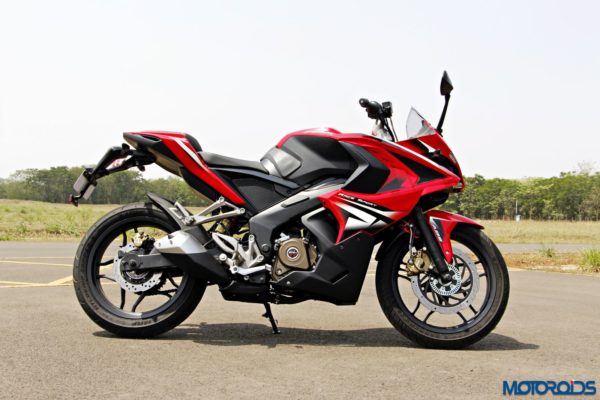 We have managed to decipher some of his ramblings. His full road test will be much more detailed than this, and live up to the stringent and exhaustive standards of Motoroids. Either that or we are chucking him out to the wolves. In the meantime, what we have is a quick word on what the bike feels like, put together as quickly as possible before he started off with his detailed report.

So here we go: The first impressions and tester’s notes for the Bajaj Pulsar RS200.

The RS200 feels like an evolution of Bajaj’s Pulsar lineup, rather than a full-bore revolution. This is not necessarily a bad thing; in fact, it will surely bring in more customers into the Pulsar family, while also keeping the existing fan base happy. Everything that the fans love about the Pulsar has been amplified and turned up to 11, but at its core, it is still a Pulsar in the true sense of the word.

The RS200 shares much of its mechanicals with the existing Pulsar 200NS, from the instrumenatation and switchgear to the perimeter frame. The fairing adds 12 kgs more into the mix, but power is also up by 1PS and so is torque, so the difference isn’t really felt while riding. Instead, fuel injection, ABS, and some subtle but noteworthy changes to the chassis have resulted in a machine that is much easier to push hard. 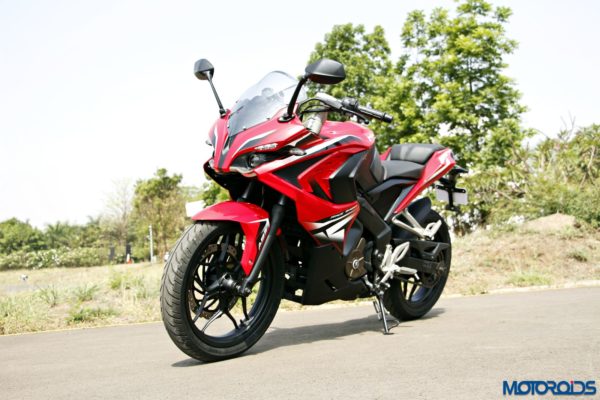 The ergonomics are the same as before, despite what the full fairing might induce you into thinking. It is slightly leaned forward, but not so extreme that your back starts hurting after a few kilometres. Ditto for the slightly rearset footrests. You can comfortably take this Pulsar on long distance jaunts. 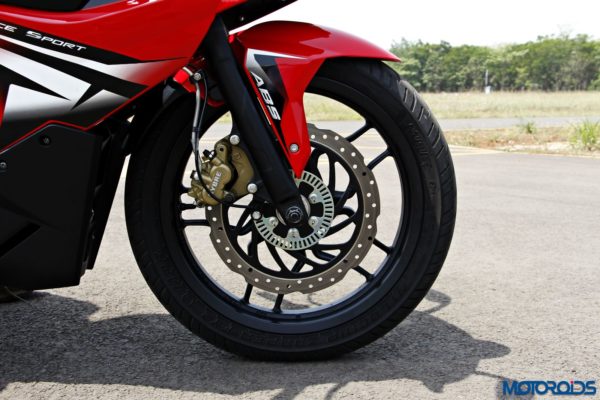 The ABS is single-channel. It works on only the front wheel, unlike proper ABS systems that work both. This shouldn’t be a problem as most braking happens – or ought to happen – on the front wheel. Bajaj says that this is to keep the costs down, and the real deal would have shot the price up by a whole lot more than the premium they’re charging for it right now. And I guess it is better to get people hooked onto the benefits of even a single-channel ABS than no ABS at all. In practice, it works really well. I deliberately tried to upset its composure at the fast left hander at the end of Bajaj’s kilometre-long straight, and it never wavered a bit. You do get that slightly spongy feeling from the lever that’s common with ABS systems, but the safety net is well worth the price. 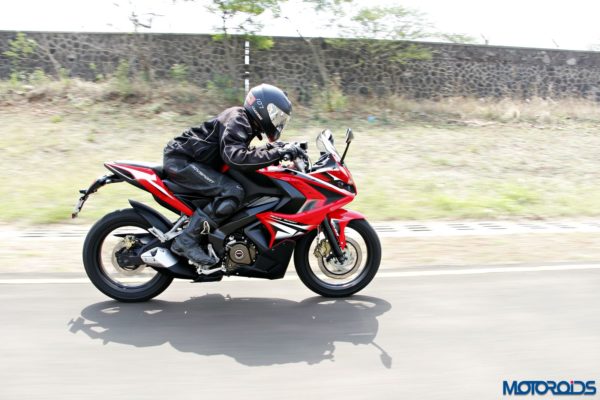 Bajaj pegs the RS200 as the fastest Pulsar ever. It certainly is, for now. Fully tucked in for maximum aerodynamics, the aforementioned straight saw the digital speedo reading out a commendable 149kmph, and it felt like there was a bit more to come if we had more road. The rear sprocket now has two more teeth, and overall gearing is a bit shorter as well. Our full road test will show what impact this change has on the roll-on times. For now, refinement is a bit improved, and I found the orange upshift light blinking furiously a couple of times when I looked down, but the improved engine showed no aural signs of distress whatsoever. Sweet. 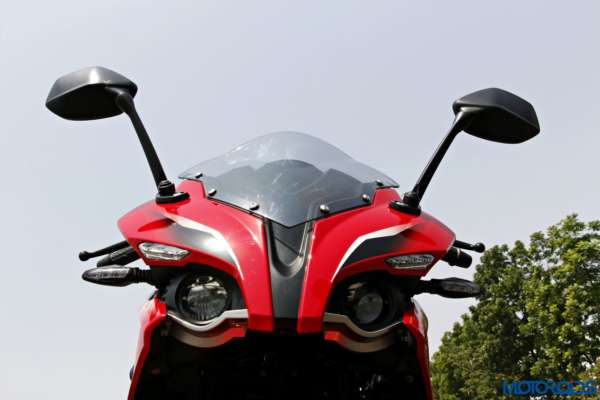 Ride isn’t improved by much. Handling, meanwhile, is on a whole new level on the Pulsar RS200. Thanks to a slightly steeper rake angle, a more forward-biased centre of gravity, softer-compound MRF Zappers, and a 5mm shorter swingarm, the RS200 corners with aplomb. You feel more confident on it than any Pulsar to date, yet it is not so sharp that it scares newbies. Bajaj has managed to find the sweet spot between ride and handling with the RS200. 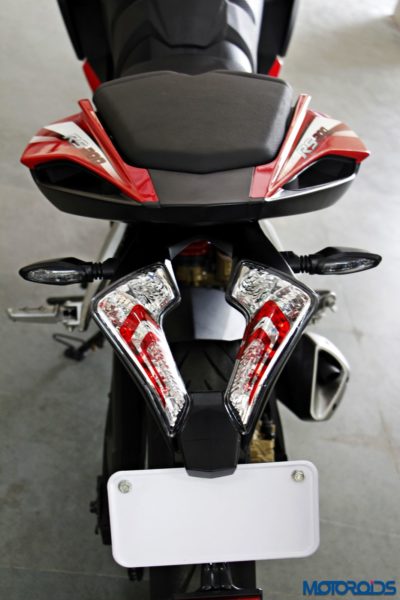 The styling is a bit polarizing. Most journalists present at the track seemed to like it, while others found it a bit too busy for its own good. It is an edgy mix of cuts and scoops and faux vents, attenuated by the stickering to full extent. Head on, the angry Transformers look looks menacing. One thing is for sure, it looks much better and better-proportioned in the flesh than pictures.

That’s it for now, folks. Our detailed road test is coming soon, so stay tuned to our Facebook and Twitter feeds for more updates on the Bajaj Pulsar RS200.