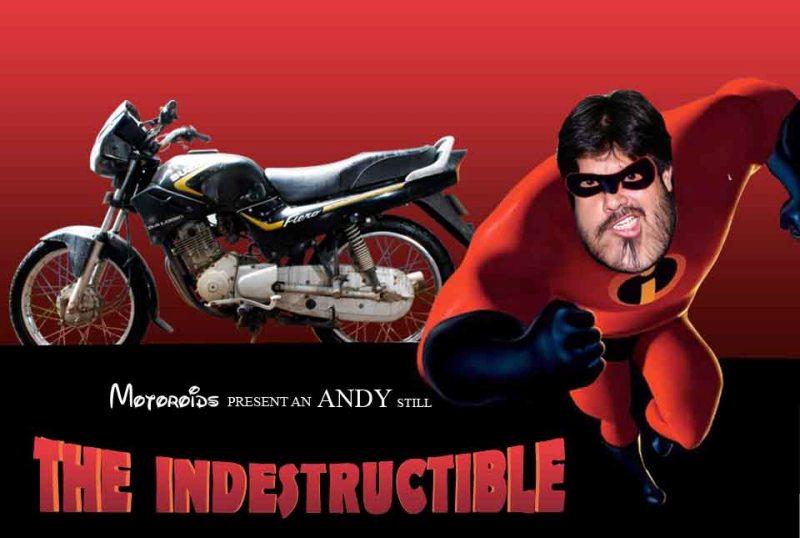 After about nine long years, dozens of crashes, relentless abuse and clocking close to one lakh kilometers, the good old Fiero is still as ready for responsibility and game for challenge as it ever was. It has withstood the toughest test that ever could be – the test of time. It still functions with clockwork precision, consistently returns a fuel efficiency of 45kmpl and gives its peers a good run for their money. The rock solid and incredibly reliable bike has proved its mettle yet again by winning the Motoroids2, e-magazine, cover story contest by a huge margin.

The time has taken its toll on its heart though, the engine somehow doesn’t feel as punchy as it did during its prime, and sometimes I do feel the need for a bit more poke when on the highways. The lack of a fifth gear too makes itself obvious after having ridden the modern 150s. It’s been some time since I replaced the clutch plates and it’s quite evident that I’ll have to go in for a new set very soon. While ascending the ghats, I realize that the gap between the ratios of the second and third gear is quite large. Third cog feels a tad too tall to thrust ahead with assurance, while second is a little too short and revvy. The front tyre, even after having done close to a hundred thousand kays, still has some groove left on it. It’s all thanks to the feather-light front of the bike that makes its steering probably the lightest ever on any reasonably powered bike in the country – making it one of the best off-roading machines the country has produced.

Of course, I cannot compare its corner carving capabilities to the incomparably better balance of today’s bikes, but knowing that this bike was one of the first 4-srtroke 150s of the country, I don’t have anything to complain about. Utterly robust and reliable, the Fiero holds true to the Indestructible epithet bestowed very fondly by the journalist fraternity on it. I know it doesn’t anymore take a Fiero to catch a Fiero, but its sure takes a Fiero to make my heart skip a beat.