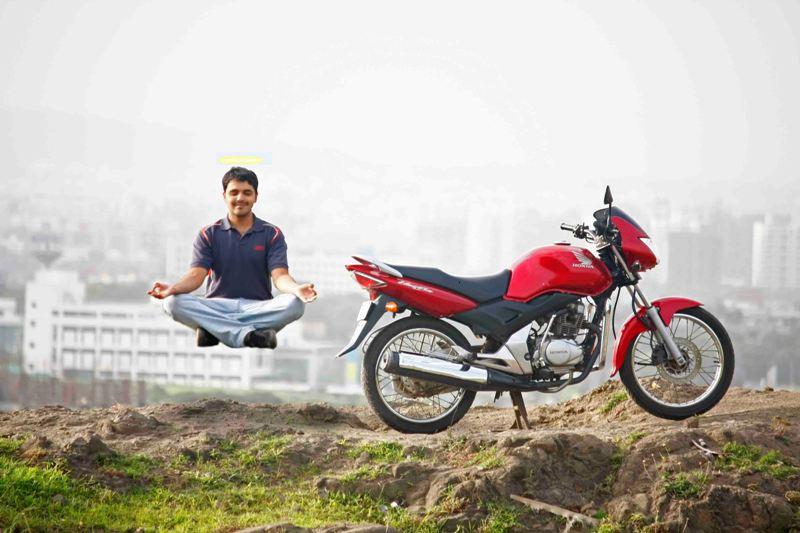 In the winter of 2004 I took a gamble. I bet on a bike that didn’t even have a name yet. Forget road tests or first drives the motoring journalist fraternity hadn’t even seen it yet. Not even a single photo had been leaked into the press. All I had seen were some poorly made illustrations in auto mags. But, I had blind faith in Honda’s capabilities and so I went on and booked the yet un-named Honda some 2 months before its launch.

Whether it was a calculated risk or just my instinct is a debatable point, but the gamble paid off, and paid off how! I hit the jackpot, the jackpot of the bike market of 2004. Looking back at the options I had then; the first gen Pulsars, the TVS Fiero and the HH CBZ, I feel sorry for all the adamant suckers, my first year engineering classmates who went on and bought one of these as their first bikes (ahem…in spite of me telling them about this great new bike from Honda which was about to be launched).

Giving credit where it’s due, the Unicorn really has worked like a dream for the past five years, never asking for anything more than a routine service. A great engine and even better suspension, what else do you really need? Wannabes complain that it’s too refined, damn right it is, and I love it for that. But refined doesn’t mean that it’s noiseless, when you want to play ball, it will. Get it revving into its creamy midrange and it will start singing in a voice so sweet, it would give Granny Mangeshkar a complex. Wring it further and it will reward you with a high pitched yawl enchanting you to never let go of the throttle.

The only niggles I‘ve had so far have been a weak battery and flimsy switchgear. I had been ignoring the Unicorn’s keys in favor of the new and shiny Stunner FI for the past month, but now that I’m back on the Unicorn, it feels like I’ve upgraded to a much better bike. A bike that cost me 52k actually feels like an upgrade over a bike costing 73k, ridiculous? You bet.