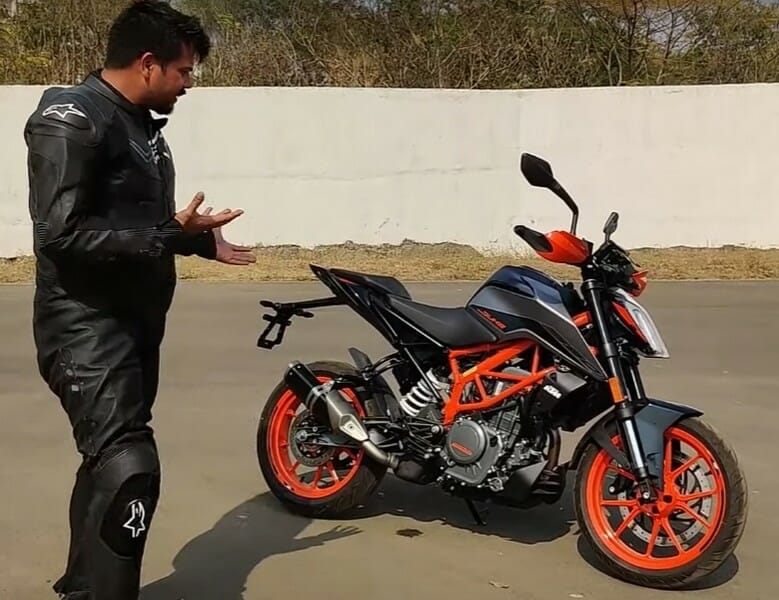 The KTM Duke 390 has always been the best in the segment, courtesy its mad engine and use of high-end components. KTM has upgraded the Duke 390 even further and has thrown in a bi-directional quickshifter in its 2020 iteration.

The main cosmetic difference is the introduction of new colors which are gray and ceramic white. The tank decals are now sleeker than before and it looks stealthier than before. The engineers at KTM have tweaked with the AFR ratio and spark plugs so power and torque figures remain exactly the same as before even after being BS6 compliant. It still puts out a maddening 43.5ps of peak power @ 9000 rpm and 37nm torque @ 7000 rpm from its 373cc liquid cooler single-cylinder engine. The exhaust routing has been changed and it now sounds calmer than before.

The main upgrade is the addition of the bi-directional quickshifter which enables clutch-less upshifts and downshifts. It works fine after the engine clicks more than 2000 rpm. It isn’t flawless but works as an advantage while riding aggressively especially on the race track where you have to keep the throttle pinned almost every time. It misses out on comprehensive electronic package we witnessed on the Adventure 390 like the cornering ABS and traction control. Including them would have made the Duke 390 costlier and KTM wants to price it competitively. It’s now 4 kgs heavier than before and now tips the scale at 167 kgs (kerb weight).

It still can be considered as the most value for money proposition in its segment. It looks sharp, handles like a charm and goes like a rocket! And in the new grey color that is being offered looks amazing too. The 2020 Duke 390 is priced at 2,52,000 ex-showroom.