The BMW 3 series GT does not exist for many, but those who have driven it, or have even sat inside it would know what a fantastically well rounded package it is. Here’s our review of the 2017 facelift of the BMW 3 series – a highly underrated premium car model.

After the 3 series GT made its debut four years ago, the face lifted version is a mild improvement over a car which tries to straddle the gap between the 3 series and 5 series sedans. The 3 Series GT’s brief is to offer more space, comfort, luggage hauling capabilities and well, a bit of style differentiation over its sedan counterpart. 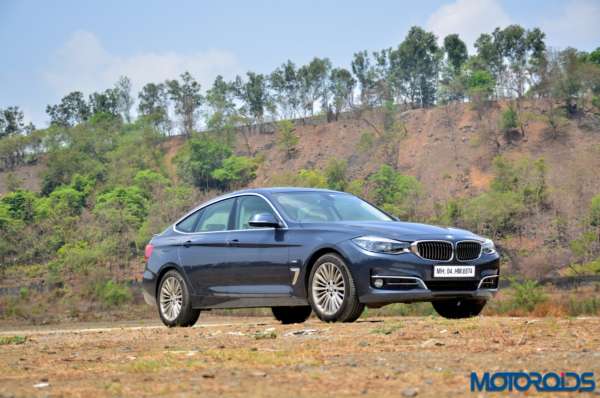 The 3 series GT offers significantly more legroom than the 3 series sedan, heck, more than even the 5 series sedan; and more convenient ingress and egress thanks to its slightly raised seats. It rounds up the package with a unique coupe styled roof, frameless door windows and a generous boot compartment hidden under an electric liftback.

The 3 series GT sits between the 3 series and 5 series sedans price wise as well, trying in a way to plug the wide gap between the two model lines in its own unique way. It’s a bigger, more spacious and more touring oriented 3 series with its own, unique visual character. In fact, it’s so different in so many ways to its sedan sibling, it could well have been a different model altogether if BMW so wished. And all of that is a very, very positive thing, for the 3 GT offers surprisingly more on several counts. 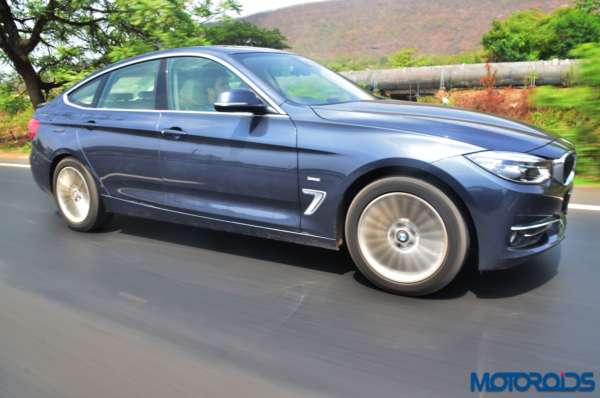 To give you some perspective, the 3 GT is 19cm longer, almost 8cm taller and 1.7cm wider than the 3 series sedan, with 11cm longer wheelbase. All of that translates into significantly more space on the inside over the 3-sedan.

For the 2017 version, the 3 GT has received a mid-life facelift with some changes up front, at the rear and some updates on the inside. The engines now boast a bit more spunk, along with better efficiency.

What are the changes outside?

The new 3 series GT gets newly designed headlights and tail lights. The car also gets a restyled rear bumper. The air intakes on the Sport Line and Luxury Line variants have been modified and now feature horizontal chrome accents on the Luxury Line, and a mix of aluminium and black accents for the Sport Line range. 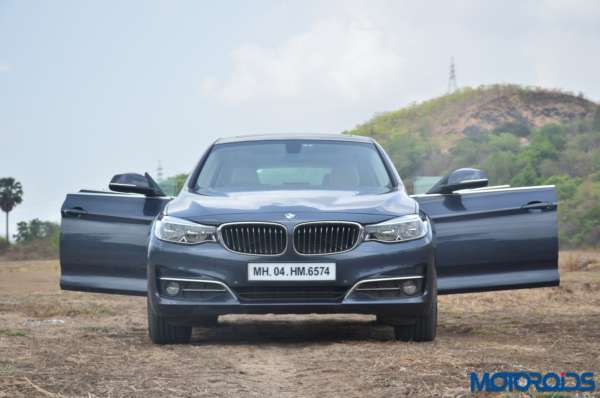 We tested the Luxury Line variant for this review and you can see the chrome highlights in the image here. The front foglamps now get LED tech for the first time on the BMW 3-Series GT and are fitted as standard. 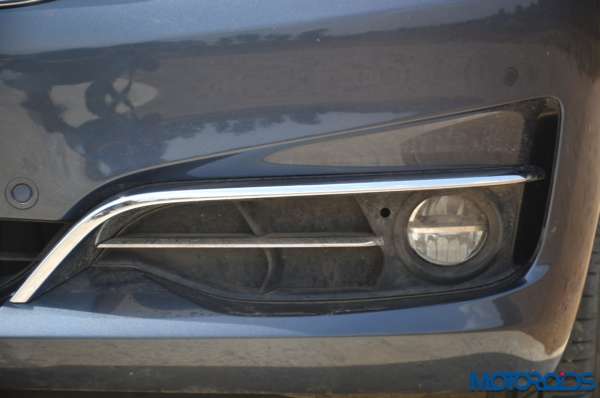 At the rear, the full-LED lights taper towards the centre, mimicking the treatment given to the headlamps. The reflectors in the rear bumper are now positioned higher up. There’s also a trim strip on the rear bumper to make the car look wider from the rear. 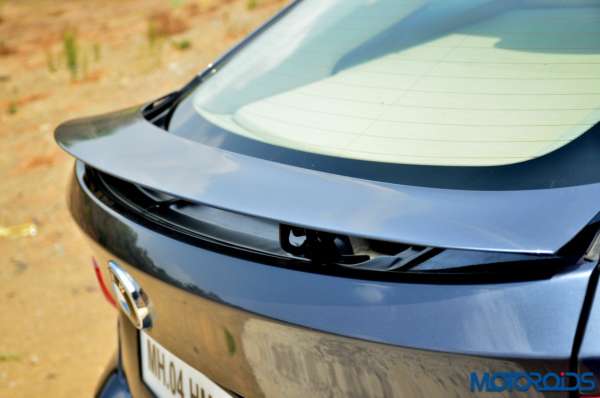 The spoiler which extends automatically at higher speeds is still there, and slides back almost imperceptibly into the car’s silhouette.

The car also gets a couple of new shades to choose from. Similarly, the design for the wheels is different too, with more options available if the one shown here doesn’t catch your fancy.

And what’s changed inside?

The focus here was to make the cabin look richer, while also upgrading the infotainment system. 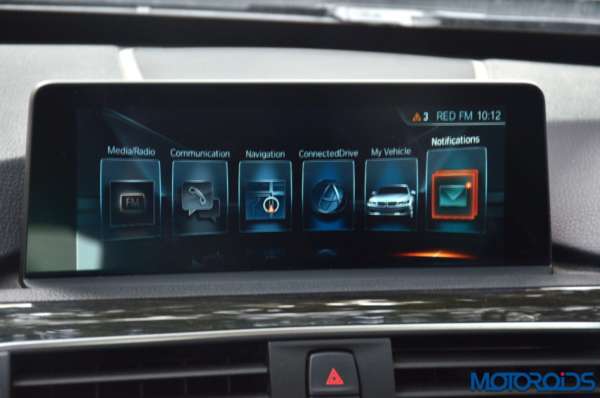 The Central Information Display on the new model gets a flatter design and narrower frame profile for a slimmer and more elegant look. The surrounds for the air vents are now finished in an electroplated material which can be found elsewhere in the cabin too. The panel housing the controls for radio and air conditioning is now finished in piano black while the control knobs themselves get a dash of chrome for a richer feel. 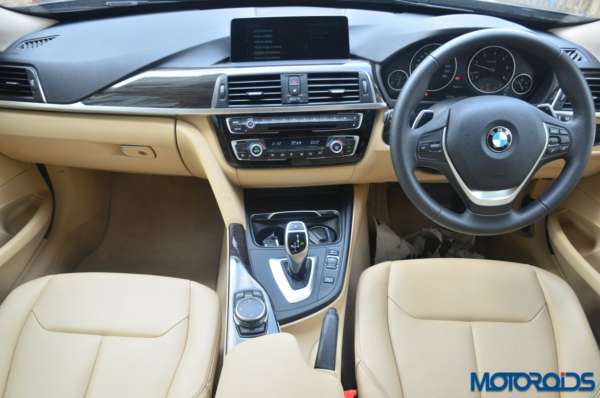 The interface for the infotainment system also gets a refresh and is targeted at being more intuitive and looks more premium. In a clear departure from previous versions, the top menu features a “tile” display of the six main categories with the following menus also having been redesigned for a more intuitive user experience.

We drove the 320d variant of the car, powered by the 2-litre 4-yclinder TwinPower Turbo diesel motor. The output for the oil burner unit has been slightly increased and it now produces 190hp of power and 400 Nm of torque. The engine comes mated with an eight-speed Steptronic transmission which is pretty smooth and appreciably quick, if not the quickest within its class. The petrol burning BMW 330i GT comes with a two-litre four cylinder in-line engine with 252 hp and 350 Nm, but we’ll talk about the petrol version once we drive it. 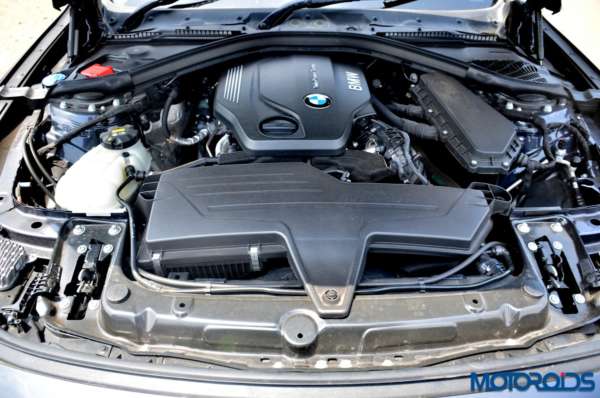 An interesting introduction with regards transmission is that the Sport+ mode now allows the driver to push the engine all the way up to the rev limiter. One may also perform multiple downshifts using paddle shifters, for instance from eighth gear straight to fourth.

From the driver’s perspective, the 3-series GT feels slightly bigger and a bit softer as compared to its sedan sibling. The two-litre diesel is smooth, refined and responsive as ever, and packs sufficient punch to stamp its authority over lesser machines. It’s a rev-happy motor for a diesel with redline marked at a high 5500 rpm. It spins intently to its upper limit, and in the process offers brisk, reassuring acceleration, making the 3 GT feel pretty swift. The 3 GT would do its 0-100km sprint in well under 8 seconds. 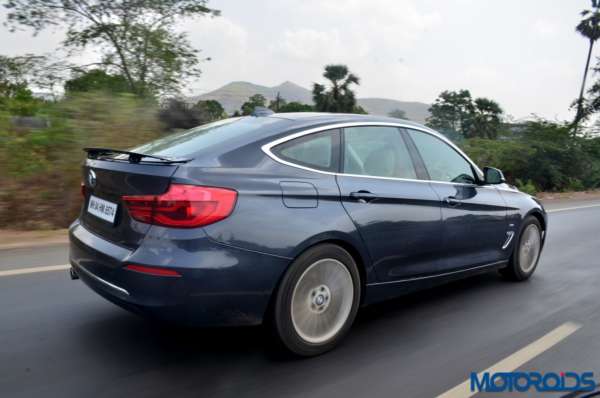 The relative softness of suspension brings in advantages in the form of a more absorbent ride quality and additional comfort for the cabin occupants though. In conjunction with the tilt adjustable rear seats and a very generous legroom, it makes for a very comfortable experience for the back benchers even on not-so-smooth roads on those long-ish journeys. 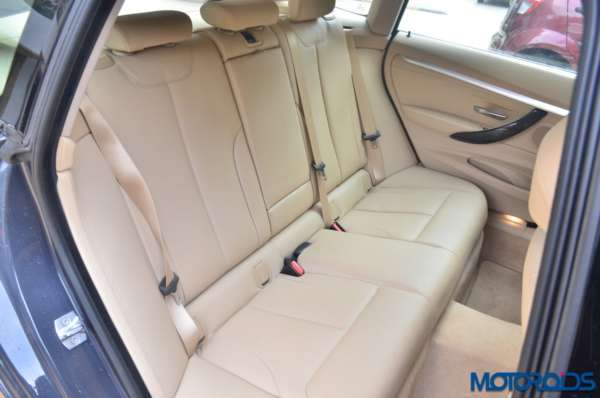 Having driven the 3 series sedan several times, the difference in the dynamic ability of the sedan and GT is quite perceptible. There is that wee bit more roll around corners, sliding the rear out doesn’t feel as natural as the sedan and the car overall feels a tad bit less involving than its lighter, smaller counterpart.

It’s a pretty solid package overall though. The steering feels well weighted and the GT has a quartet of very sure footed feet. It is, however, oriented more towards comfort, and it shows when you want to drive the car as an enthusiast.

The 3 GT is a pretty loaded model in terms of features, and the Luxury Line variant we drove for this review is the most heavily equipped version available. For any BMW 3 series GT variant, however, you will get automatic climate control, push button start, Servotronic steering, six airbags, Adaptive LED headlights, LED front foglamps, a high-resolution colour screen with iDrive Controller, rain sensors and a leather multifunction steering wheel. 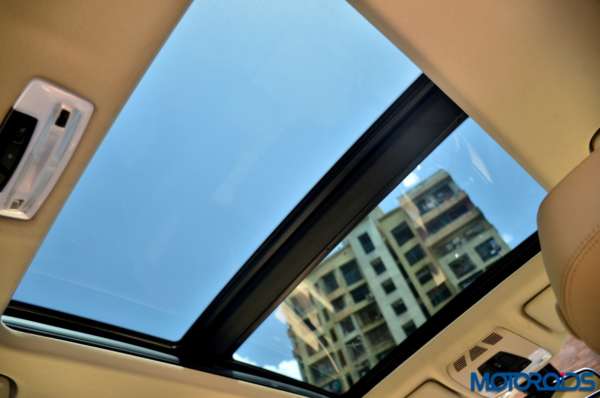 The Luxury Line variant gets its window frame and exhaust tailpipe embellishers in chrome. Inside, the door sill plates are finished in aluminium. You get exclusive colours for the ambient lighting and chrome edging for the air vents too. Leather upholstery here gets contrast stitching here.

Who should buy the 3 series GT?

The 3 series GT is priced bang in the middle of the 3 series and 5 series carlines. It offers the space of the 5 series for a price which is a little over that of the 3 series. Meant primarily for those who value a mix of space, comfort and practicality, the 3 Series GT is a pretty solid offering – quite unmatched in its class on a variety of parameters. 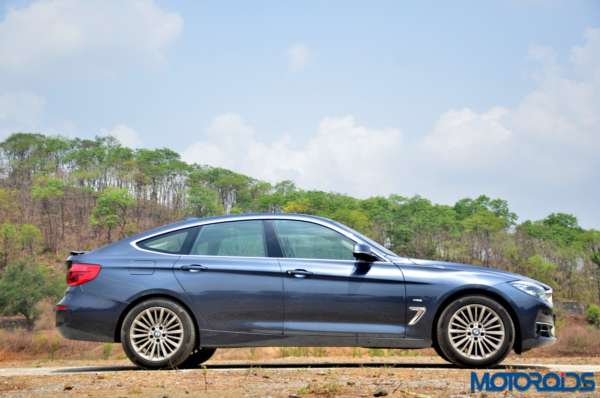 The styling may not be to everyone’s taste or liking but you cannot question the exclusivity and differentiation it brings along. If you travel often with family, and are looking for a large premium car from Germany which ticks all the boxes, this might be the most value offering you might find today on the market. Do take it out for a spin, you would experience something refreshingly surprising.

The ex-showroom prices of the BMW 3-series GT variants, as tested are provided below, followd by a mega image gallery