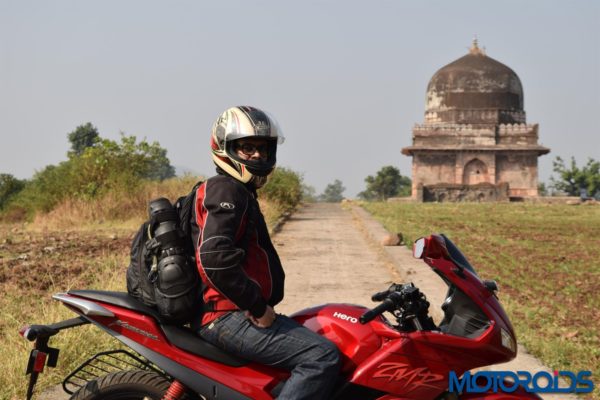 So does this flagship from Hero which was born as Premium Sports machine still have it to be a commendable budget tourer?

Originally launched in 2003 as a semi faired “Premium Sports” bike, the Karizma along with its 223cc engine has undergone regular updates over the years. The major departure from the original design being the ZMR (2009) which received a full fairing as well as Honda`s acclaimed PGM-Fi.

The new ZMR draws heavily on design inspiration from the EBR 1190RX, and the looks still remain debatable as they did since very inception of the ZMR. Looks apart, after spending a few days and over 1200kms on the saddle in which touring contributed towards the majority of the mileage, we are in a fair position to sum up the experience.

Since we are looking from a touring perspective, the focus shall be on all the things essential for a bike which makes mile munching less fatigue causing and more enjoyable. We took the Hero Karizma ZMR 2014 on a round trip to Mandavgad, a ruined city near Indore MP. We took the fast NH-8 towards Mandu and equally fast NH-3 on the return trip. 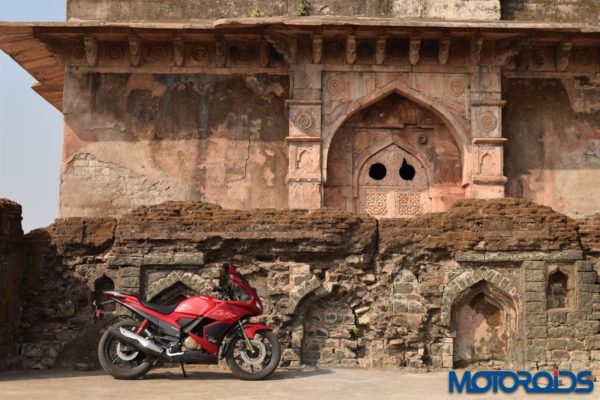 To start with, the tall screen which crests above the twin vertically stacked headlamps is a welcome feature. The windblast is properly deflected drastically reducing the strain on the neck muscles which is generally associated with well paced highway runs. Also, the pilot lamp function is performed by a pair of LEDs strip above the turn indicators and very well serve as DRLs too.

Ask any avid tourer, rattles are the worst nightmare of the rider for his faired bike. The plastics of the new ZMR feel better bolted together than ever before. The rear cowl feels less flimsy, thanks to the tail light unit being moved over to the licence plate hanger. Sure there are slightly uneven panel gaps in the front fairing around the rider knee area, but aren’t much of a bother.

We would have loved if Hero followed Bajaj`s (Pulsar 220) footsteps to provide an upgraded headlight set up on the ZMR, but sadly that is not the case. The twin vertically stacked weak 35W Halogen headlights just don’t cut it when it comes to illumination and discourage night rides. If not projectors, a 55/60W setup would have made a huge difference. The high beam is quite good, but the low beam lacks decent spread and illumination. 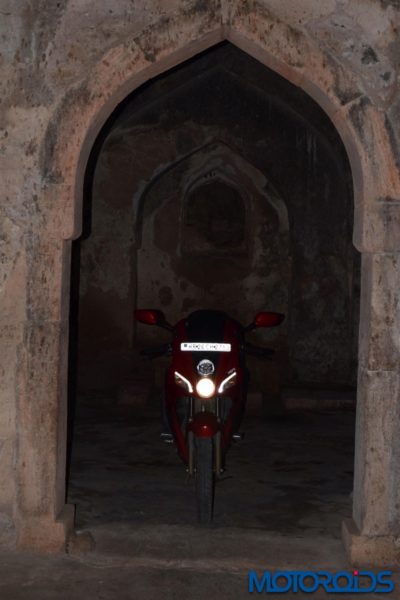 Wide (very!) clip on handle bars: They may look similar to the earlier version, but are shorter now and quite a stretch to reach on to. Most of the KariZma owners complained of the simple tall handle bars and the lack of sporty intent there on, but the current version is too sporty and low for touring purposes, we feel. Slightly taller and pulled back would have been just perfect for a rider with average height. That said, the handle bars aren`t too bad either to give one sore shoulders or wrists even with extended runs on the saddle.

Hero have cleverly carried over the large 15 ltr fuel tank which makes long hauls a breeze thanks to the bike’s fantastic mileage (Wait for it, we shall reveal it later). A great addition comes in the from  the grippy silicone tank pads flanking the knee recesses of the tank, and are a boon while you are in the mood for some fun around the twisty roads. Of course, with a full tank of fuel, the front end feels slightly heavy coupled with soft front suspension and forward canted riding position. 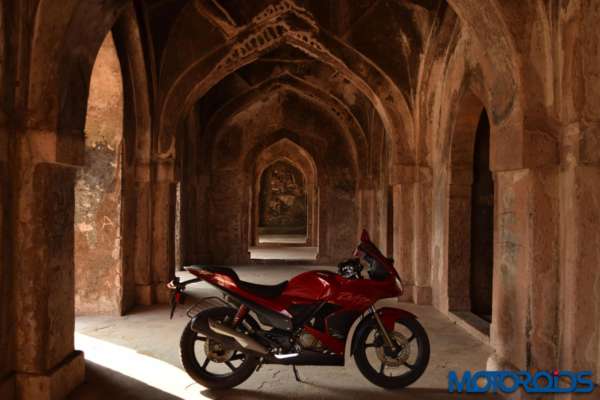 The instrument cluster is carried over from the ZMR and suffers a bit from parallax owing to the raised chrome bezel, hence the fuel gauge and the tachometer need a purposeful glance. The digital speedometer is clear and legible along with time, real time fuel consumption and twin trip meters. Surprisingly Hero Motocorp has still chosen to give the engine kill switch a skip, we wonder why.

The rider seat of the Karizma and the ZMR was never a bother, and now is even more spacious thanks to a split set up. The pillion seat is a bit too high, but not much of a concern. The new yet simple bar like cluster of the LED tail light is quite bright and is supported on the licence plate hanger. 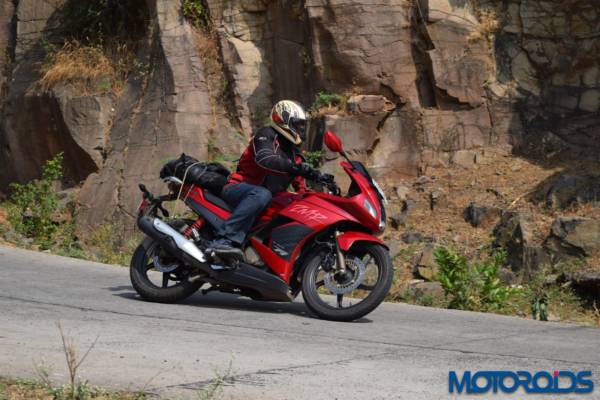 The ZMR gets a pair of Hero`s widely used GRS suspension at the rear with the standard 5 step pre-load adjustability. Exposed “O” ring chain makes its way negating the need for a chain cover. The 2014 ZMR also gets wide and grippy 120 section MRF Tubeless rubber at the rear. Previously, the disc brake torque link mounted on the swing arm made upgrading rear tyre to a wider set quite impossible. The current set up gets the job done well, though the skinny front end still could have used better profile. 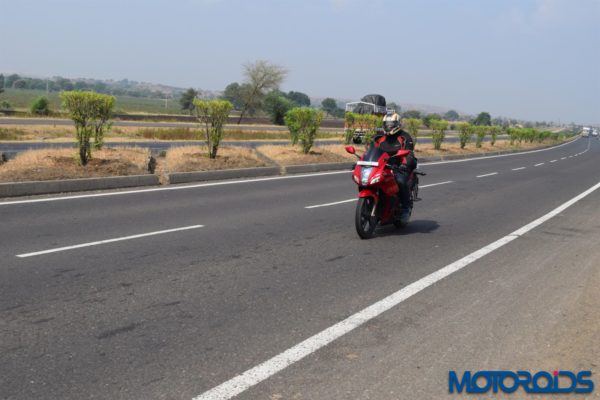 The overall dynamics of the ZMR still feel familiar as of the earlier versions when it comes to handling characteristics and have only become better thanks to small improvements. The brakes feel slightly spongy in operation though have a progressive bite, so they won`t catch novice tourers/riders off guard with a sharp bite. The suspension set up is on the softer side and it irons out undulations and virtually glides over rough broken patches. The longish wheel base also helps it maintain a good confident poise in straight line bursts as well. On paper, the new ZMR is 2kgs lighter than its predecessor and feels lighter than the numbers suggest. The ZMR still handles very predictably exhibiting neutral handling traits, which remains a joy on the highways, dual carriageways and winding sections alike. The upgraded brakes and tyres endow the ZMR`s rider with more confidence.

Next page for more>>> 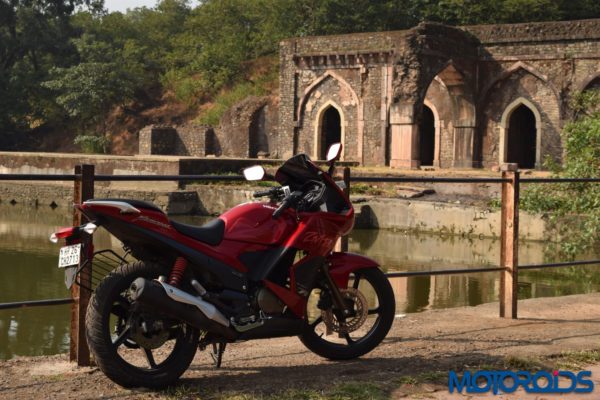 Apart from the cosmetics, the trusted Oil cooled 223cc Single cylinder SOHC mill has undergone some serious upgrade. It now produces 20BHP@8000rpm against the earlier 17.6BHP@7000rpm. It also turns a better torque of 19.7Nm@6500rpm. Though not as quick as the numbers suggest, it still manages brisk pace within the city thanks to the long stroker`s torque-y nature. Hit the highways and the 6th cog is sorely missed. 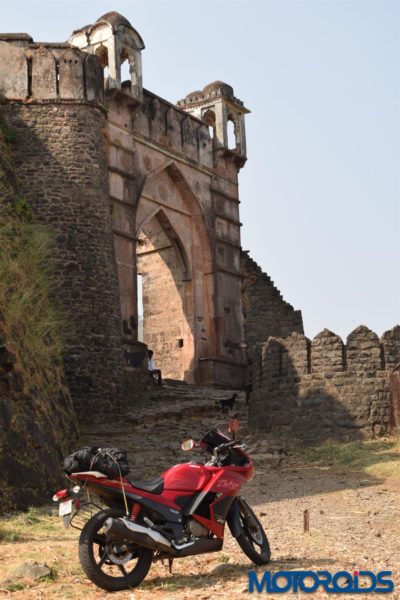 The ZMR still utilizes a 5 speed gear box which feels slightly notchy whereas the clutch feels a tad heavier than before. The engine isn`t as buttery smooth as before and feels slightly coarse, these traits can be attributed to the fact that it produces substantially more power than before. All in all, the ZMR still feels best while cruising between 100-110 kmph which remains safe yet fast enough for our road conditions. The claimed top speed is 129kmph and that ZMR achieves without much fuss. We did manage to get a glimpse of 134kmph at one brief moment during our run. 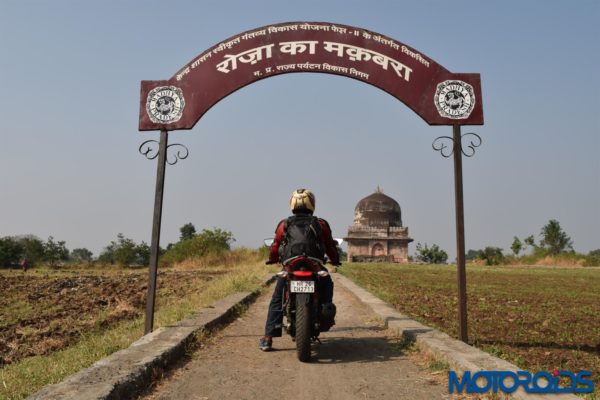 Coming to the best bit now and talking about the fuel efficiency, the numbers would put a mighty grin on any potential buyer of the ZMR. The real time fuel consumption steadily showed numbers upwards of 42 kmpl riding around 80-90kmph. Push the bike a bit more into the 3 digit territory and the fuel economy drops in the 30s. During our trip, the ZMR returned us an overall mileage of 46.8 kmpl which we believe is fantastic and easily the best any 200cc+ bike can return given the above mentioned speeds. This coupled with a sizeable 15.3 litre fuel tank gives the ZMR a fantastic range of over 600kms before you are forced to make a stop for refueling. It translates into a weekend overnight ride within 300kms (one way) on just one tank full! 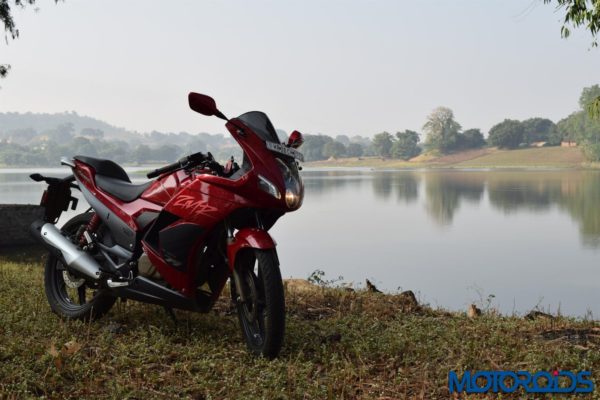 If your previous bike was a 150cc and you are looking at an upgrade, at around 1.05L (Ex-Showroom Mumbai) the ZMR remains a great buy. The reliable and highly frugal 223cc has enough grunt for highway jaunts and remains a torquey motor while riding within the confines of city roads as well. Even with a pillion, the ZMR offers a cushy ride quality and wont stress you out with aggressive riding positions as some of the other “sports” bikes available on the market.