Nissan recently organized the Nissan Carnival at the Buddh International Circuit, Greater Noida to commemorate its 10th Anniversary in India. At the fun-filled event, we experienced all the Nissan products currently on sale in India, as well as two products imported directly from Dubai – the Nissan Patrol and Leaf. A detailed drive experience of the massive Patrol off-roader has already been published here, and a quick update about the electric Leaf is also coming very soon. So while we prepare the behind-the-wheel experience of the car that will likely save the world, may we invite you to read about the broad overview of the Nissan Carnival chronicling the events and happenings? Here goes : 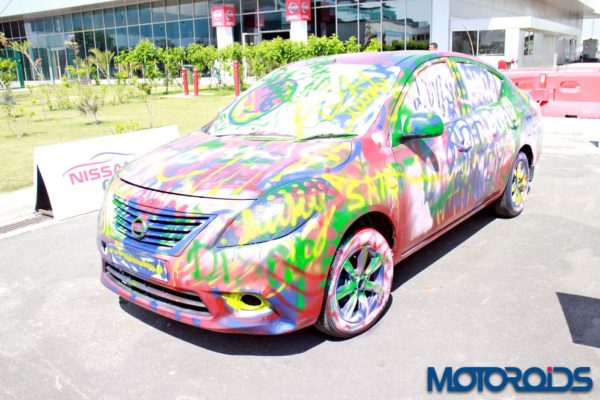 A fortnight ago, I was informed that I had to go to the BIC for a Nissan event. Since this was my first visit to the international circuit, I was excited. Once having arrived at the grand course, and with registration formalities out of the way, I got busy soaking in the grand view of the tri-colored complex.

After a while, the media representatives were escorted to a hall, where Guillaume Sicard, President, Nissan India Operations, would address the media. Nissan has been here for a decade, and during the course, has created some success stories for itself, along with a massive production base which makes cars for the whole world from India. Commemorating the landmark occasion, Mr Sicard echoed the sentiment. He emphasized that the Carnival was Nissan’s way of thanking India for ten great years, and allowing customers to experience their full Indian range, as well as class-leading, innovative products like Patrol and LEAF from the company’s global line-up.

“Although we are still at the start of the Nissan journey in India, we have already accomplished a great deal. There is a lot more to come from Nissan in India as we continue to grow our brand and further evolve our product portfolio to meet and exceed the expectation of our customers here” added Sicard.

After the media briefing, the journalists were divided into four groups and taken out on the four different courses built for experiencing a wide variety of Nissan cars. Before we headed out for driving the cars, some amazing stunts were performed by INRC chanps like Hari Singh. Our group was first taken to experience the Nissan Patrol and the Terrano.

Nissan had imported two units of the Patrol for the event from Dubai. The Patrol, when viewed from a distance, appears to be of the same size as of a Toyota Fortuner. It’s only when you get closer, you realize what a mammoth it is. The instructors first took us around the off-road track in the Patrol. Then, it was our turn to be behind the wheel. The track consisted of dips, rumbler strips, slush, gravel, sand and steep ramps for creating an off-road. The Patrol went over all of these obstacles without even breaking a sweat. Then we were asked to hop into the Terrano and go around the same track. The Terrano also accomplished the task, though not as effortlessly as its bigger sibling – the Patrol. We will let the pictures do the talking. 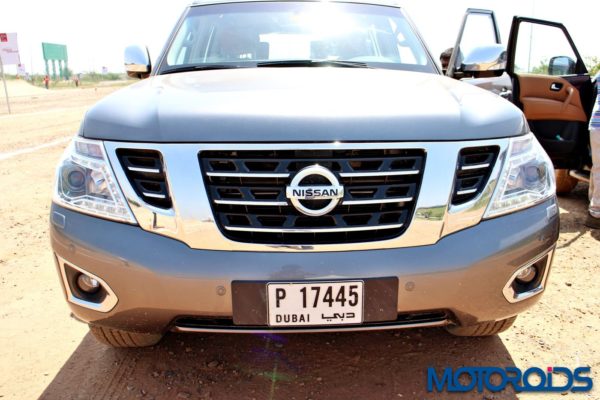 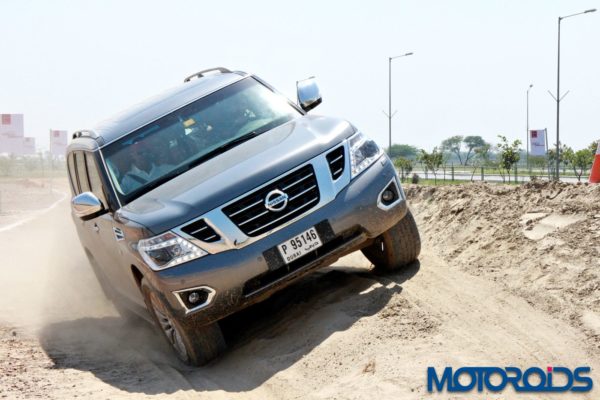 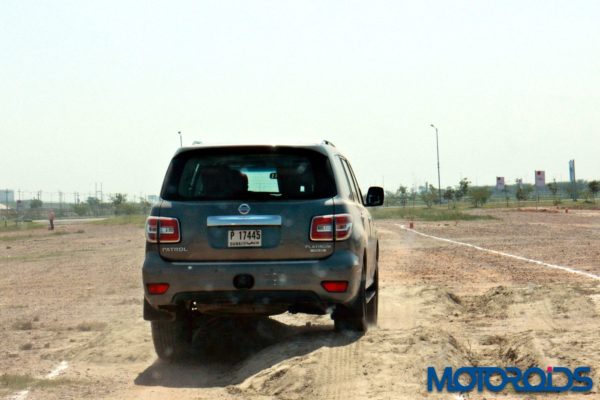 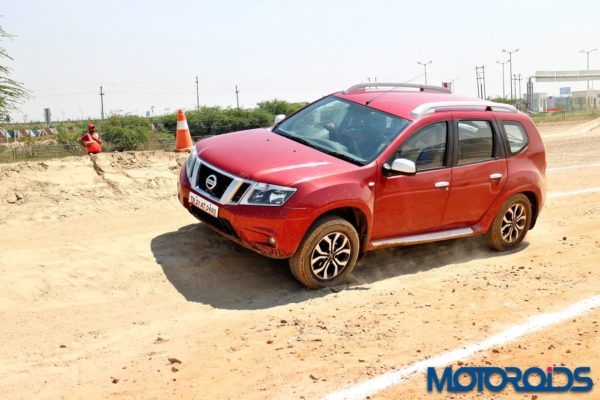 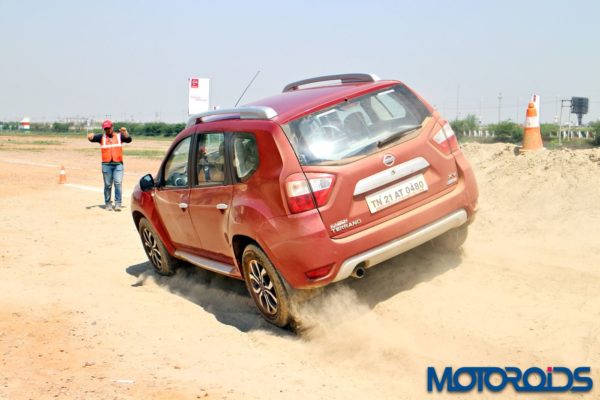 Nissan had created a bigger off-road track with steeper inclines exclusively for the Patrol. While going over these inclines, one had to maintain sufficient momentum. Keeping the Patrol going over the steep inclines required some extra effort since the Patrol runs on petrol and the torque kicks in at a higher RPM. The Patrol is equipped with an All-Mode 4×4 system which senses the terrain and switches the modes suitable for the terrain automatically. It also gets Multi Surface Selection and Hydraulic Body Motion Control Suspension System which helped it in clearing the course without any hiccups. 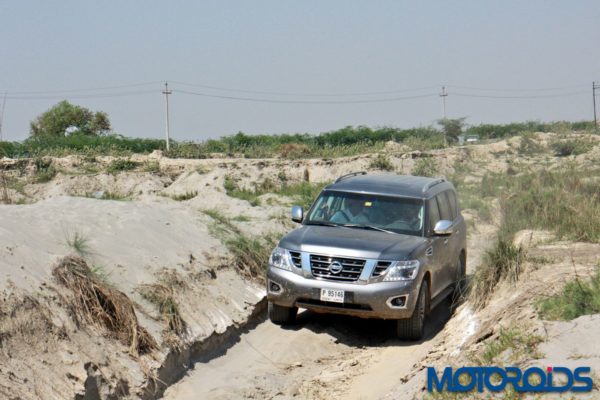 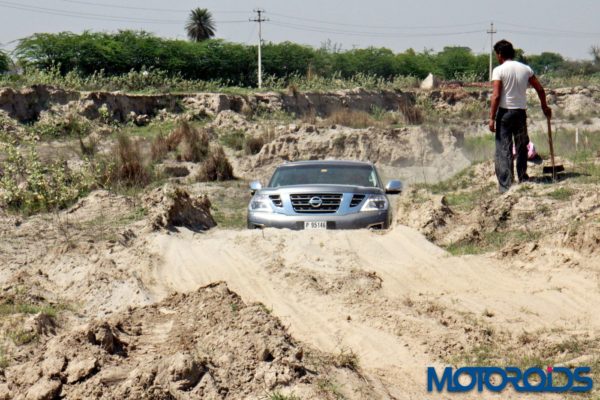 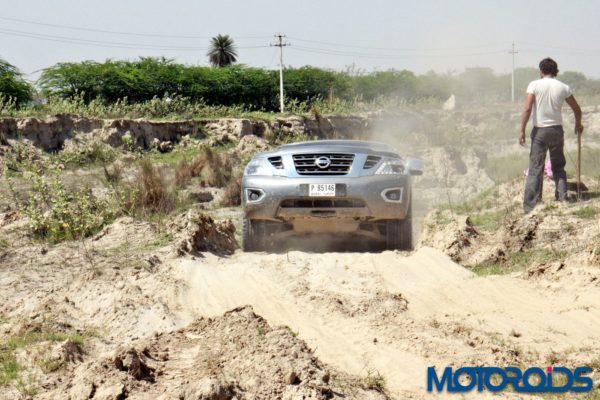 Next, we were introduced to Racing driver Armaan Ebrahim (though the man doesn’t need any introduction) who was going to be our instructor in the Nissan Leaf, the Japanese carmaker’s fully electric vehicle and technologically one of the leading electric cars in the world. 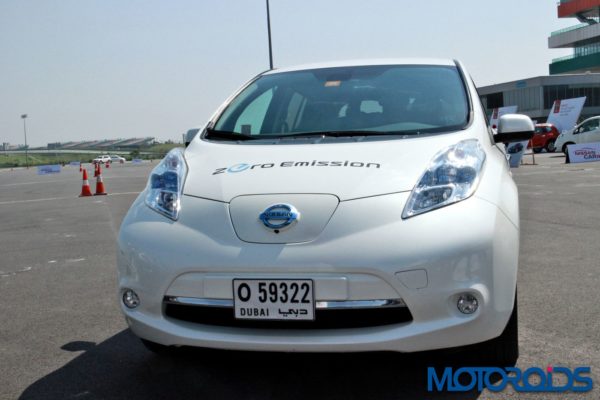 The Leaf has already sold more than 160,000 units worldwide since its launch. Powering the Nissan Leaf is an 80Kw AC electric motor which develops 254 Nm of torque, all of which is available instantly from 0 RPM. The Leaf was driven on a small track, of which, each journalist could do 2 laps excluding a lap where Armaan took us around the track showing the path we needed to follow. The track consisted of a 90 degree left hander which was followed by another left-hander surrounded by cones. The Leaf, being an electric cars, produces torque right from the word go and hence the tyres could be heard screeching even on some turns taken at around 40 kmph. 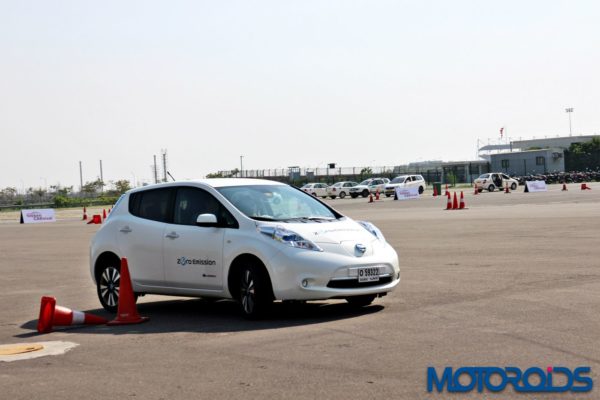 Throwing around a hatchback into corners along with handbrake turns is very exciting, and that’s what made driving even everyday cars like the Micra and Sunny a lot of fun. For this course, Nissan had employed 2 Micra and 2 Sunny cars – each having a petrol automatic and manual diesel variant. 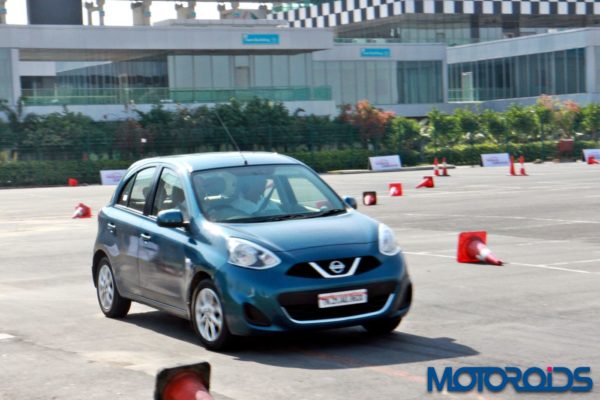 This course consisted of two sections. First section comprised of a slalom course followed by a long right hander and a braking box. A narrow track built with some very tight corners comprised the second section. 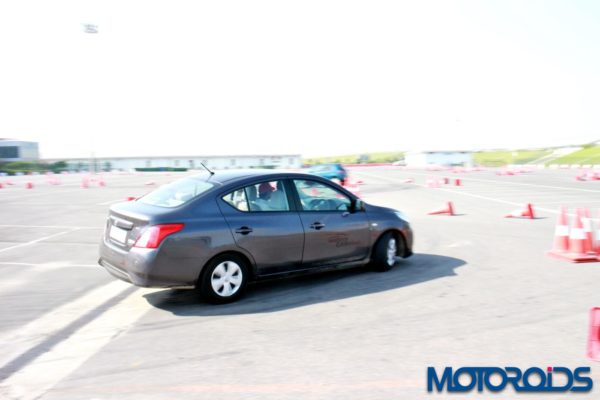 While driving on the second section, my instructor, Mr Sunny Sidhu, used to randomly pull the handbrake when I threw the car into corners at a speed higher than what you do on roads. With the handbrake pressed, I had to correct the nose of the car in order to save myself from crashing into the cones. This was the section I enjoyed a lot. After 2 laps, he asked to accelerate on a straight section and take a 90 degree left hander. While I turned the car to the left, he pressed the handbrake which resulted in the car doing a full 180 degree turn with a lot of screeching. This caught me by surprise ! It was my first 180 degree spin after-all!  After exiting the car, you could smell the burning rubber. We had the pleasure of having the enjoyable experience in the Sunny too. 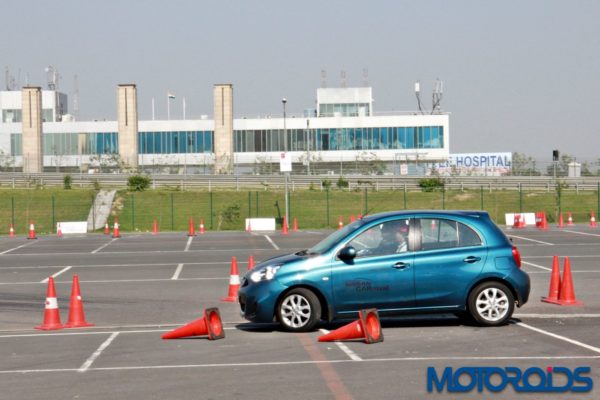 While we headed to return to our base, we kept pondering over the possibilities of the Leaf and Patrol making it to India. While there is no chance of the Leaf coming to India anytime soon, Nissan is prepping itself to launch the Patrol in India via the CBU route.

In all, the Nissan Carnival was a great experience. With a blend of Nissan’s top of the line global products, and everyday machines made for Indian audience, the Carnival has something for everyone. With fun and excitement in the air, the Nissan Carnival really lived up to its name.