Home Hyundai Return of the Legend, All New Santro Launched at INR 3,89,000

Time and again we have called it the most important car launches of 2018. The all-new Santro brings back the icon to the Indian market. The old car was loved by many Indian families, the first car of many of them. The company received over 23.500 bookings over the last 13 days. Hyundai aims to recreate the same magic all over again with this new car. Launched today at a starting price of INR 3,89,900 and goes all the way to INR 5,64,900, Ex-showroom, pan India. The car would be made in India for both the Indian and global market. The car will be offered in 7 new colours including two new shades. Apart from a strong structure, the car also gets a drivers airbag and ABS with EBD as standard making the Santro score high in safety. 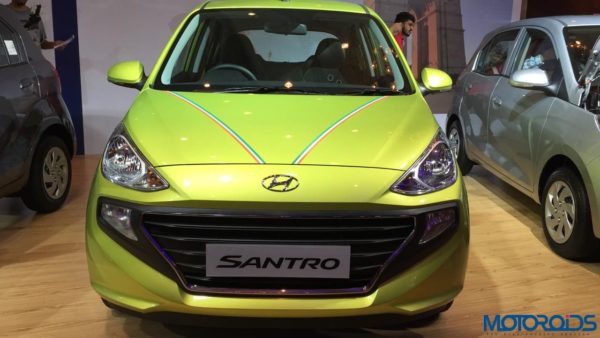 Introduced in 1998 for the Indian market, it brought many first in segment features and was the market leader. The last Santro rolled out of Hyundai’s Chennai plant in 2014. The icon now is making a return in the market space, now bigger and wider than before. Hyundai aims to recreate the magic of the old Santro. Designed to be a tall boy with a modern stylish design, the car is based on the K1 platform. The front cascading grille is made to resemble a smiling face and gets a chrome surround. It also packs sufficient space and offers a huge 235-litre boot. The car uses a 1.1-litre 4-cylinder petrol engine which generates 69 hp and 99 Nm of torque. 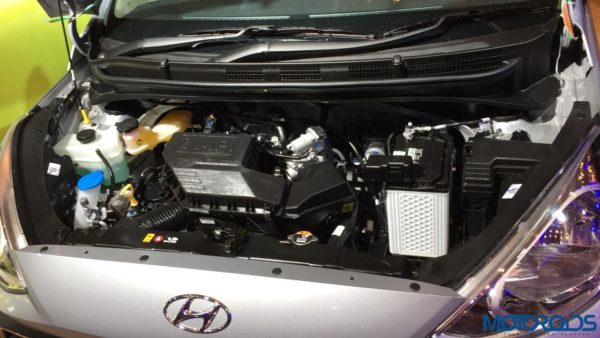 The inside also brings in modern touches to this old icon. You get a Centre console inspired by an elephant which houses a 7-inch touchscreen console. You also get steering mounted controls and voice-commands for your phone. The Santro gets an antibacterial coating on the AC evaporator core, making the cabin bacteria free. The controls for the power windows are kept in the Centre, enabling the passenger to adjust them as well. As a part of Hyundais Swacch Bharat campaign, even the Santro gets a Swacchcan. The interiors follow a dual tone black and beige theme while the Diana Green car gets an all-black interior.

Also Read: If Hyundai Made a Santro Active, to Take on The Tiago NRG