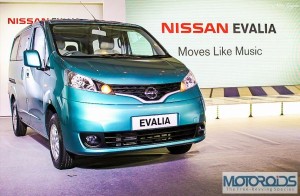 Sunny sedan and Micra hatchback posting good numbers on sales chart, a top award for Quality, a representation in sportscar segment and lot of plans for near future-Japanese giant Nissan is surely enjoying a decent start of its Indian innings. Nissan had decided to unveil the Nissan Evalia at the Expo and now, the new MPV has been launched for INR 849000 . Announcing Evalia’s launch, Mr. Toru Hasegawa, Corporate Vice President, Africa, Middle East & India, Nissan Motor Company Ltd. said, “We are extremely pleased to launch our third ‘home-grown’ model in India. 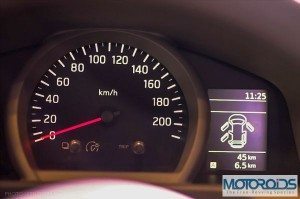 The seven-seater family car is the first Urban-Class Utility Vehicle from the Japanese car maker and has stellar fuel economy, clever interiors with high functionality and boasts of features like a rear View Camera and Intelligent Key. The Evalia uses a dash mounted gear lever to maximize the feeling of spaciousness at the front. 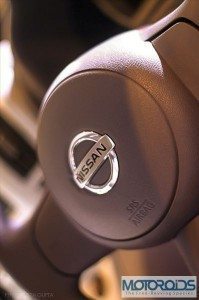 It may be noted that this MPV is known as the NV200 globally and has been doing quite good for itself at many parts of the globe. The latest from Nissan India has been launched with a re-tuned version of the tried and tested 1.5 dCI engine from the Renault-Nissan alliance and the motor is mated to a 5 speed manual transmission to pump out 105PS of power. The Nissan Evalia has a strut type suspension in the front and leaf springs at rear. Nissan claims that their MPV will have car-like ride and handling characteristics.Evalia has sliding rear doors, a la Maruti Eeco and its 2725mm wheelbase is only a little less than Innova’s 2750mm. However, Evalia will be close to being as spacious as the popular Toyota. 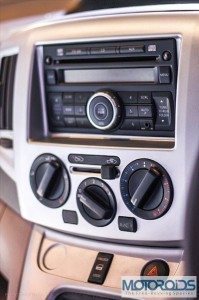 The seven-seater MPV will battle it out with Toyota Innova, Mahindra’s Xylo, Maruti Suzuki Ertiga and upcoming Chevrolet Enjoy.The manufacturing of Evalia will be done at Nissan’s Oragadam plant in Chennai. Here is Evalia’s variant wise features list: 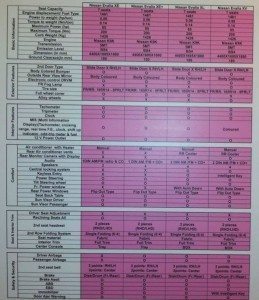 Announcing the price of the four variants Mr. G.M. Singh, Vice Chairman & Managing Director, Hover Automotive India (HAI) said, “The Nissan Evalia is the first MUV in the country that packs excellent drivability, class-leading fuel efficiency and dynamic performance at a truly attractive price. We are offering our customers all the practicality of a big car with all the comfort of a sedan.”

CLICK HERE FOR OUR FIRST DRIVE IMPRESSIONS OF NISSAN EVALIA