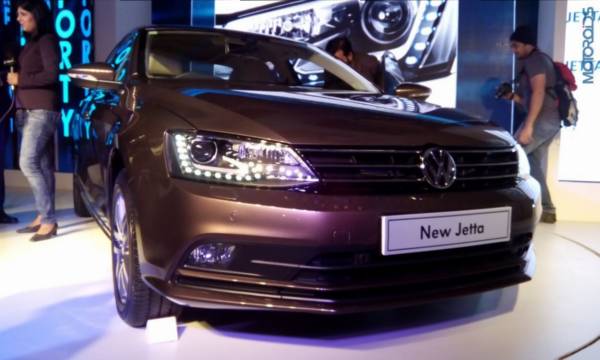 Competing against the Toyota Corolla, Renault Fluence and its cousin, the Skoda Octavia, Volkswagen has launched a refreshed Jetta today. Carrying minor updates in the form of new head-lights, tail-lights, bumpers and a new grille, the 2015 Volkswagen Jetta maintains its understated, handsome looks, predominantly targeting people with a corporate background. On the inside, the car gets a new flat-bottom steering wheel, replete with paddle shifters for the DSG, a driver fatigue detection system, a touchscreen infotainment system on the highline variant and a new chrome ringed instrument cluster. 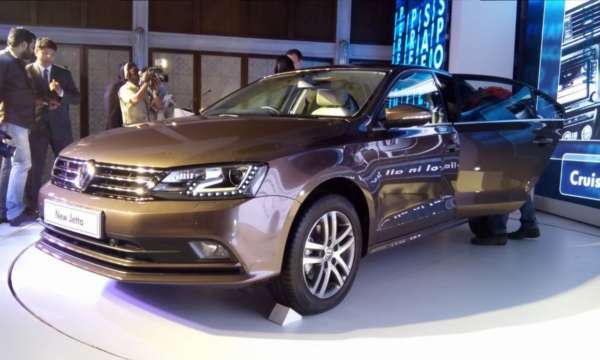 The new 2015 Volkswagen Jetta is now available at the following prices: 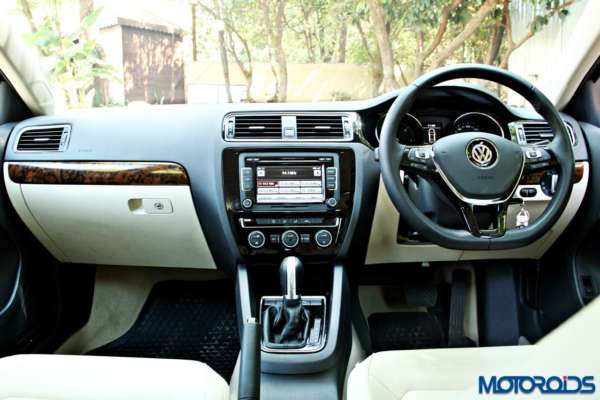 Click here for our review of the 2015 Volkswagen Jetta 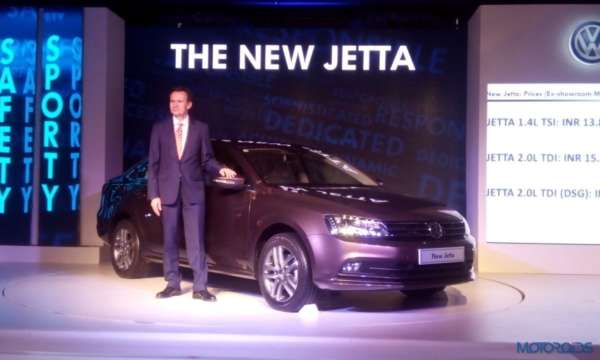 Engines continue unchanged, so the diesel unit is the same 1968 cc, in-line 4 cylinder, Common Rail turbocharged unit, developing 140 PS @ 4200 rpm and 320 Nm of torque between 1750-2500 rpm. The petrol motor on the other hand is a 1390 cc, in-line 4 cylinder, turbocharged, inter-cooled unit that manages 122 PS of maximum power @ 5000 rpm, while maximum torque is rated at 200 Nm between 1500 to 4000 rpm. The diesel variant can be bought either with a 6-speed DSG or a 6-speed manual, the petrol will only be sold with a shift yourself option. Cruise control is standard on all variants along with 6 airbags.