Austrian motorcycle manufacturer, KTM has finally launched its mid-range street weapon in India ahead of the festive season. The 790 Duke has made it to the Indian shores with a bunch of high-tech and first-in-class features. Recently, the bike was also spotted in a parking lot in Karnataka. The KTM 790 Duke will now compete against the likes of the Kawasaki Z900, Triumph Street Triple and the Suzuki GSX-750 in the Indian market. This mid-range bike is not only one of the lightest in its segment, but also the most agile, thanks to its compact chassis and the powerful 799cc, twin-cylinder engine. The prices for the new KTM 790 Duke start from INR 8,63,945 (ex-showroom) 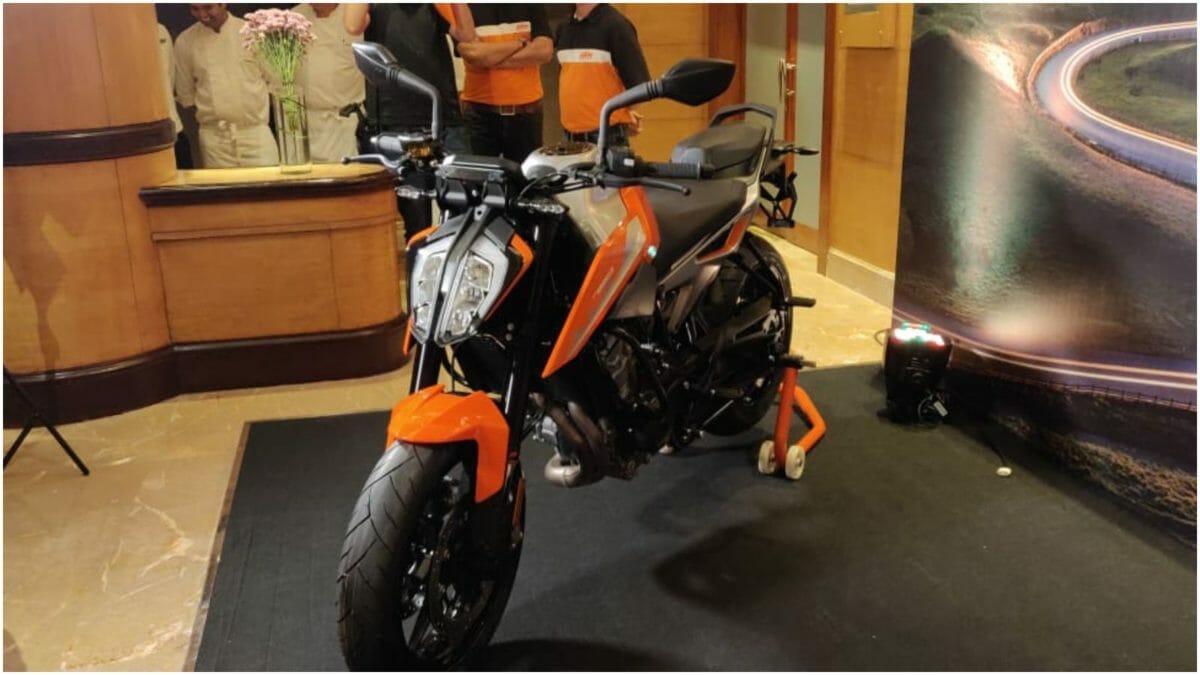 In terms of chassis and design, the chassis is as rigid and compact as possible for sharper turn-in and greater lean angles, while being light to slice through corners with extreme responsiveness and ease. The design features include all-LED turn indicators, a powerful LED headlamp and taillamp, dual-front disc brakes and single rear disc brake, high-mounted side exhaust, USD front forks, adjustable footrests, adjustable brake and clutch levers and a die-cast open-lattice swingarm. The bike also gets a 14-litre fuel tank and a kerb weight of around 170 kgs, which is quite light for an 800cc bike. 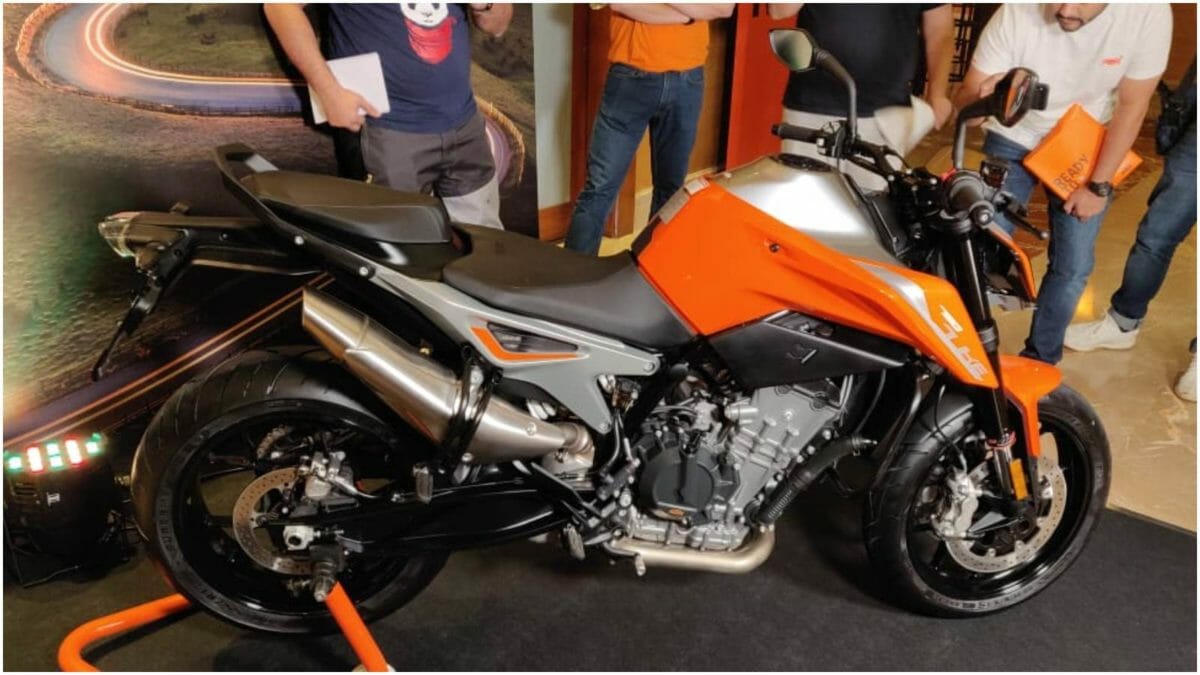 In terms of features, the 790 Duke gets a multicolour TFT screen, which displays all the relevant ride related information, a set of various safety and performance-enhancing rider aids such as Track mode, MTC (Motorcycle Traction Control), Quickshifter Plus, MSR (Motor Slip Regulation), Power-assisted Slipper Clutch, SuperMoto Mode and MSC (Motorcycle Stability Control), and cornering ABS. The bike is also available with 4 rider modes: Rain, Street, Sport and Track. Mechanically, the 790 Duke is powered by a liquid-cooled, parallel-twin engine capable of producing 105 HP at 9,000 rpm and 87 Nm of peak torque at 8,000 rpm. All this power is sent to the rear wheel via a 6-speed gearbox. 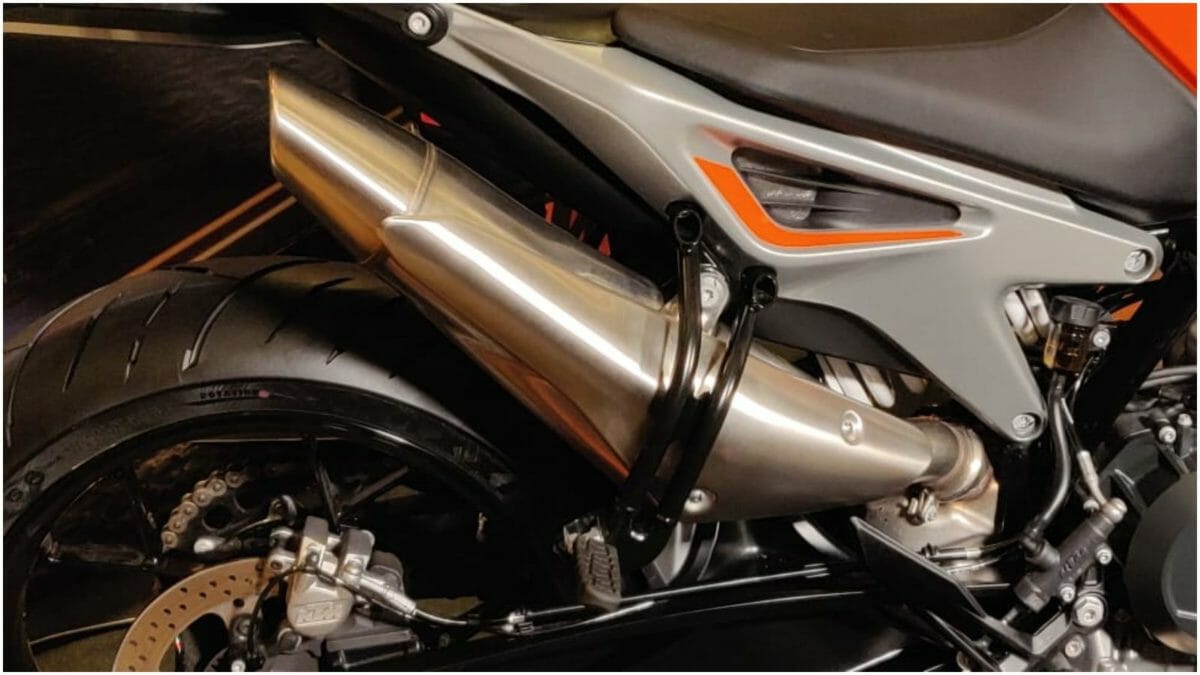 For now, the 790 Duke is only available in 9 cities across India: Mumbai, Delhi, Bengaluru, Pune, Kolkata, Hyderabad, Surat, Guwahati and Chennai. Also, by the end of April 2020, KTM has plans to launch this bike in more than 30 cities across India. Unlike some popular brands, KTM has launched the same premium-quality bike as the international version, in the form of CKD (Completely Knocked Down) units. Currently, the 790 Duke meets the Euro 5 norms and will soon be approved for BS-VI in India.