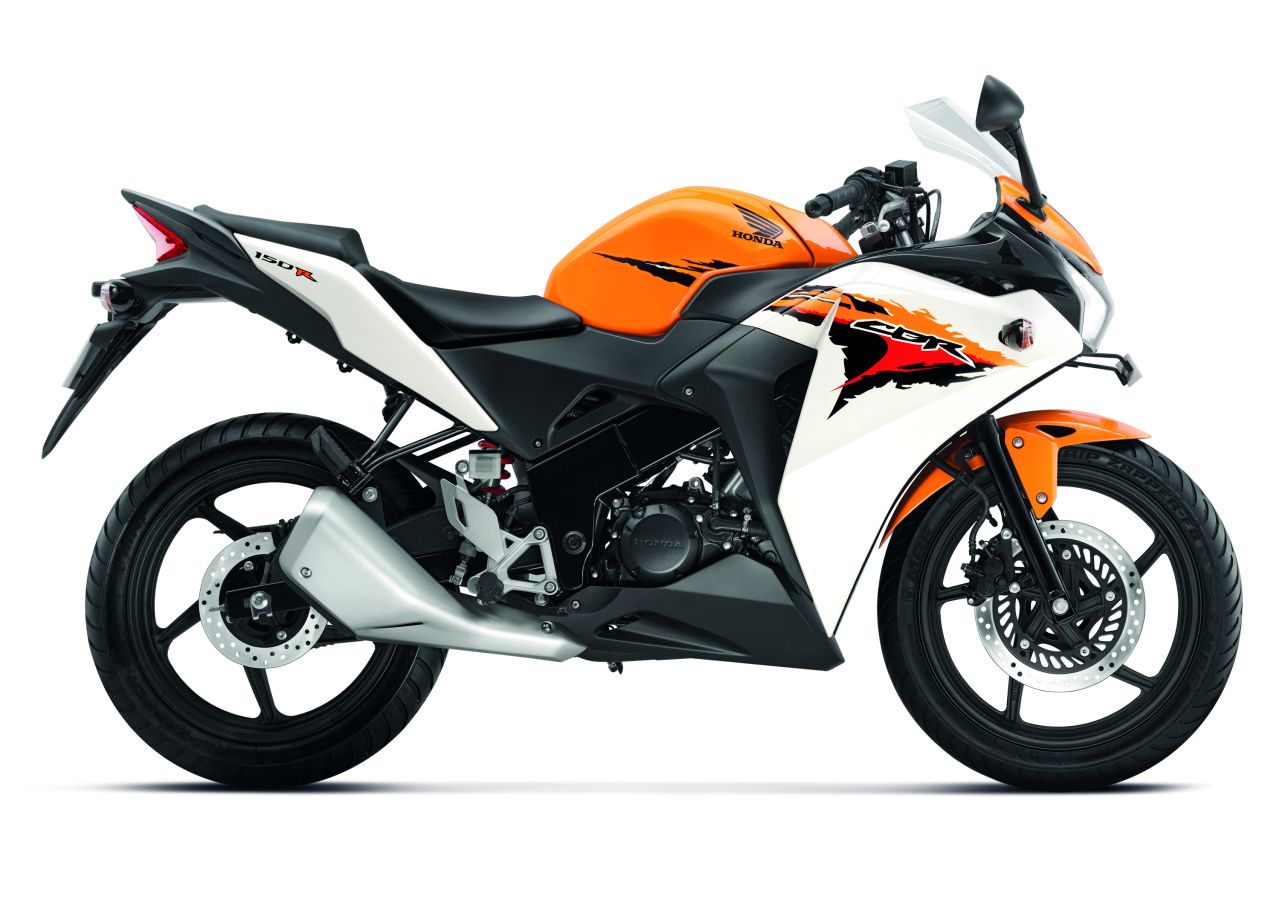 CBR 150R has a light and compact DOHC 150cc engine with FI which produces peak power of 13.11 Kw (17.6 BHP) @ 10,500 RPM and peak torque of 12.66 Nm @ 8500rpm. Honda claims that the power delivery will be ideal for both highway and city riding conditions. The bike features twin tubular frame as the backbone of its dynamic ability. TheCBr150R also features liquid cooling and PGM-FI for better efficiency and responsiveness.

Visually, the CBR150R looks somewhat similar to its bigger 250cc cousin, the CBR250R. The 150R features a Y shaped headlight, a very short exhaust muffler which has been done in a pentagonal shape. Full fairing, disc brakes both up front and at the rear and digital instrument cluster. Doing suspension duty up front is a telescopic fork, while a mono suspension handles the task at the rear. Both tyres are tubeless. Then there is an advance O2 sensor and air inductor to minimize the tailpipe emissions. 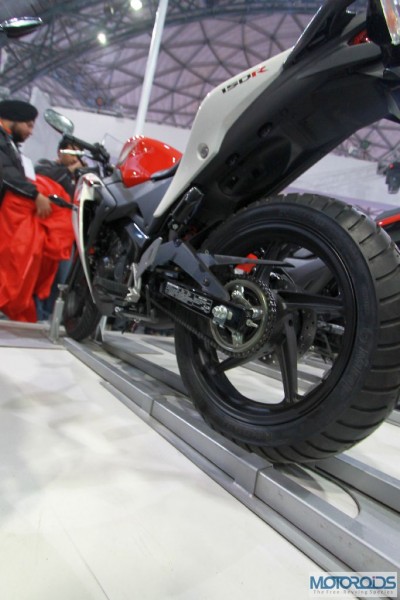 The New 150cc bike is expected to bring some more competition in the performance 150cc bike segment, dominated currently by the R15. The CBR150R, powered by a 149.4cc liquid cooled, four-stroke, single cylinder, fuel injected engine has a six speed gearbox to allow gears suitable for both city riding and highway cruising. The new 150cc warrior from Honda trumps the R15 V2.0 in terms of power, while also offering a friendlier riding package with upright handle bars and a comfortable seat for the pillion. The power delivery of the Honda engine can also be expected to be more linear than the peaky R15.

At Rs 1.16 lakh, the CBR150R seems to be a tad overpriced to us. The similar specced R15 may be slightly low on power output, but is equally well equipped, features a more advanced Deltabox chassis and look sportier too. The pricing of the Ceeber, in that context, looks rather optimistic. The Pulsar 200NS launch is also round the corner, and as all of us know, BAL are going to price it below the RS 1 lakh mark. So if Honda were to spin good volumes with the new model, they would have done well to price this baby a bit moe aggressively.

Honda’s CBR range of bikes made their debut in 1983 with the CBR400F. Later, in 1989 with the launch of CBR1000F, CBR, as brand made a name for itself in the world of supersport bikes. The brand was brought to India first in 2009 with the launch of the CBR1000RR. In 2011, this was followed by CBR 250R. And now we have the CBR150R , the smallest machine in the CBR series is here.The first batch of these bikes will hit the showrooms by the end of March 2012.

Want one of the first to have a CBR150R? Then rush to the nearest Honda dealership, as their will be less than 1000 of them coming out in the first batch.

R15 V2.0 or the CBr150R? Take your pick, and do let us know. Here’s the CBR150R video commercial featuring Casey Stoner