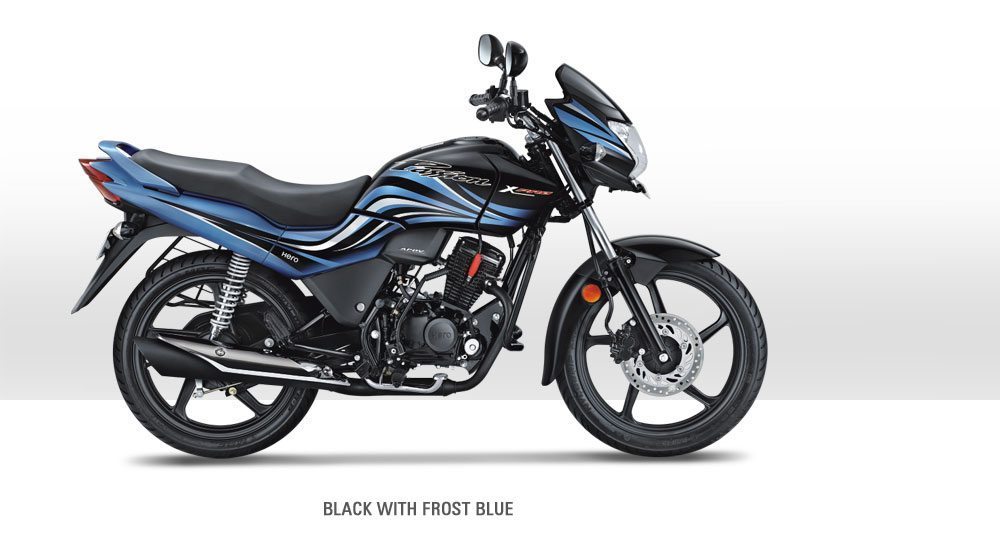 Hero Motocorp, the undisputed leader of Indian commuter bikes, has launched all new Passion XPro 110 in our bike market for a starting price of INR 46,800. The base variant comes with spoked wheels, kick starter and drum brakes. The top end variant, which comes with with alloy wheels, electric start, tubeless tyres and a front disc brake, goes on sale for INR 51,800 (All prices ex-showroom Delhi).

The Hero Passion X-Pro has been pitted against the recently launched Suzuki Hayate 110 and the high selling Honda Dream Yuga.

The Hero Passion XPro features a 110cc, single cylinder, four stroke motor that is basically a re-tuned version of the same engine that powers the Honda 110cc commuter bike. The engine offers 9Bhp-9Nm to play with and becomes the first vertically inclined engine to be ever used in a Hero commuter bike.

The Honda Dream Yuga 110 is surely a lethal threat to Hero’s reign in Indian commuter bike segment. Sales of Hero commuter bikes have been falling since a few months and the upcoming bike is Hero’s attempt to regain the lost territory from Honda.

The new Hero Passion X Pro 110 is available in shades of Blue, Red, Yellow and Black.