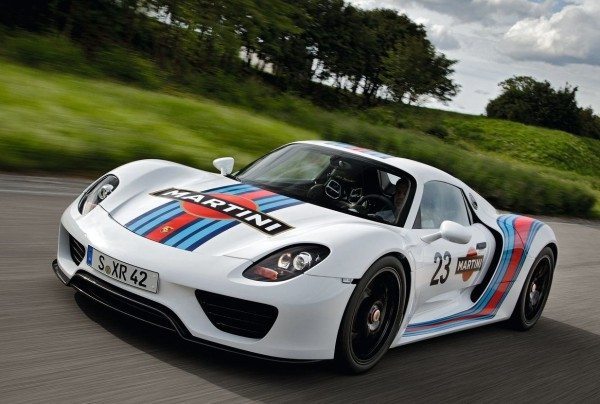 Porsche 918 Spyder with the Martini Racing Livery. (Image for representation purpose only)

Porsche just ended the production run of their hybrid supercar – the 918 Spyder. And ironically enough, just recently the 918th Spyder rolled out of the factory floor, so these cars are pretty special. Then there is this man – Walter Röhrl. Röhrl is a German World Rally Champion (WRC) and the 68-year-old is also part of the elite ‘Rally Hall of Fame’. He has raced for rally teams such as Audi, BMW, Fiat, Lancia, Opel and of course, Porsche. Röhrl has won 14 WRC titles during his racing career and is currently the chief test driver for Porsche. 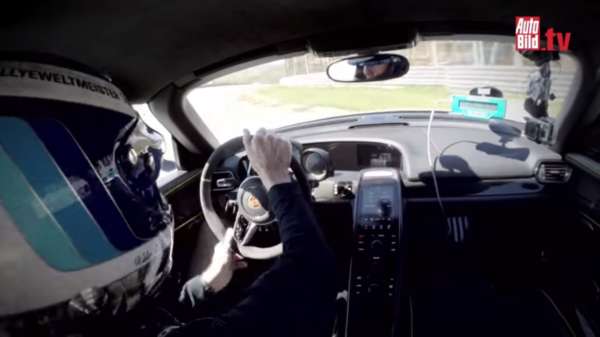 The Porsche test pilot isn’t drifting, but heading towards that crash barrier.

Out of all the folks who hold a driver’s licence, the last ones we expect to stuff a supercar, is a highly qualified and experienced test driver. However, everyone has those bad days at work – seems like this was Röhrl’s. The German was at the helms of a Martini-liveried 918 Spyder and by the looks of it, was caning it around the track. Unfortunately, Röhrl lost control over the all-wheel drive supercar and despite his racing driver reflexes, couldn’t escape hitting the crash barrier. 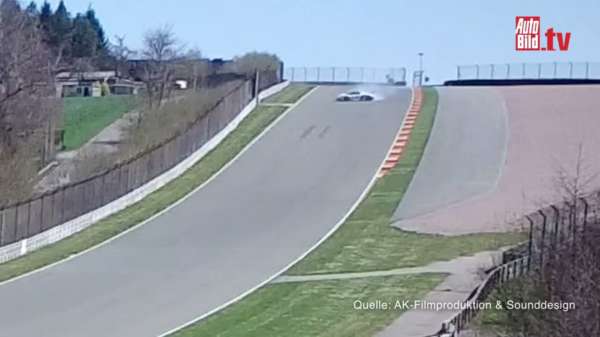 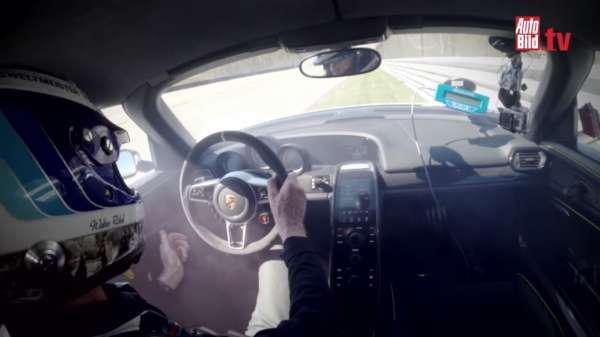 After stuffing the $850,000 (est.) supercar, Röhrl told Auto Bild that the car possibly ran over something on the track, leading to the loss of control. As for the car, all Porsche 918s get a race-derived 4.6-litre V8 that’s also boosted by electric motors (hence a hybrid, duh!). The end result of the amalgamation of petrol and electricity is 875 horses and an astonishing 1275 Nm of shove! This means the Porsche 918 Spyder can rocket to 100 km/h in just 2.8 secs and reach a top speed that’s north of 340 km/h. No wonder it went around the fabled Nürburgring in a blistering 6m 57s!

Anyway, watch the video and we suggest you skip to 5:19 for the action. Also, hit the ‘Subtitles/CC’ button to read the narration in English. Don’t forget to leave your comments on this below.