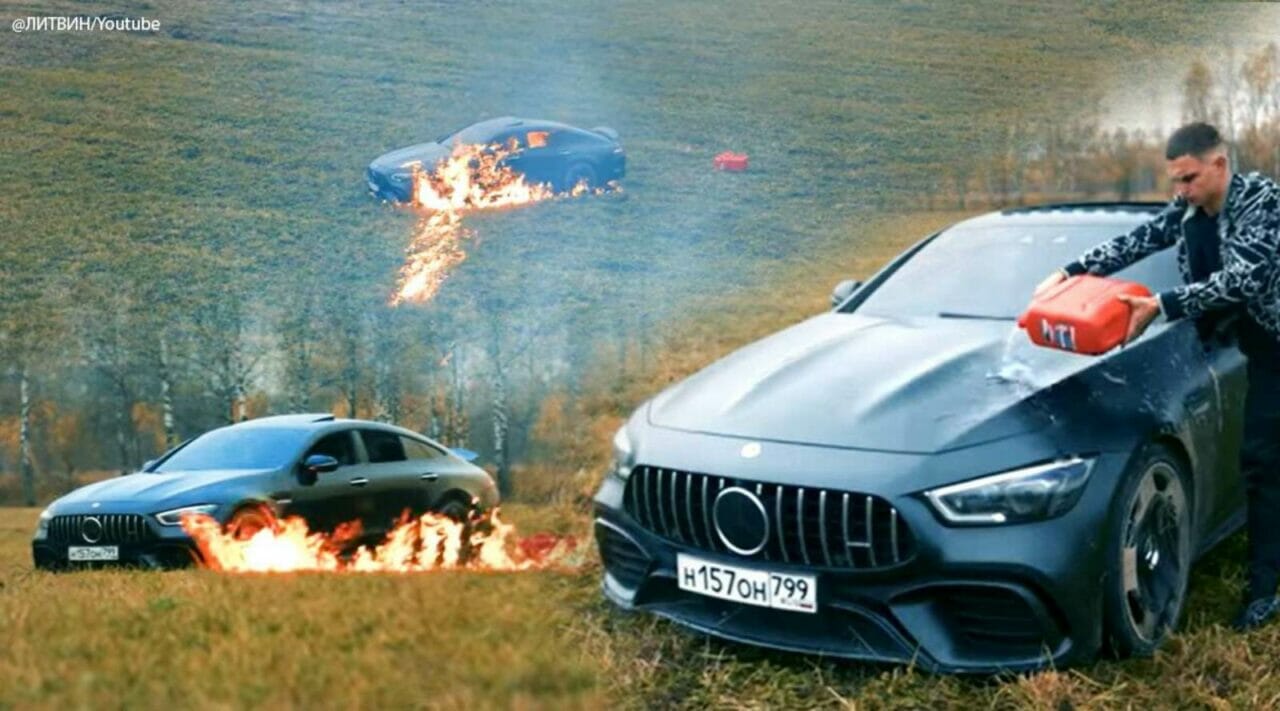 After-sales service provided by the manufacturer goes a long way in determining how your ownership experience will turn out to be. But what do you do when you’ve bought yourselves a swanky sports saloon and its after-sales service is giving you all sorts of nightmares? Fire a fiery hot email? Complain to the manager? That’s what us mainstream ‘Karens’ would do but Russians are known for doing things differently. In a video by Russian YouTuber Mikhail Litvin, the blogger can be seen torching his Mercedes-AMG GT 63 S!

He took things to an entirely different level when he set his malfunctioning Mercedes car on fire. The video shows Litvin drenching the recently-bought Mercedes-AMG GT 63 S in gasoline and lighting a match to the sportscar.

According to reports, Litvin had been facing problems with the car ever since he bought it. He even tried to get the repairs made from the store several times after its purchase. But the car kept breaking down and malfunctioning despite repeated check-ups. In all, the car was sent back five times to the Mercedes dealership for repairs where it spent nearly 40 days after purchase. But the last time it broke down, the dealership refused to treat the car anymore. This is when a decidedly outraged and exhausted Litvin decided to take things in his own hands. He drove the car out to a deserted field, covered it in inflammable gasoline and set fire to it using a lighter. 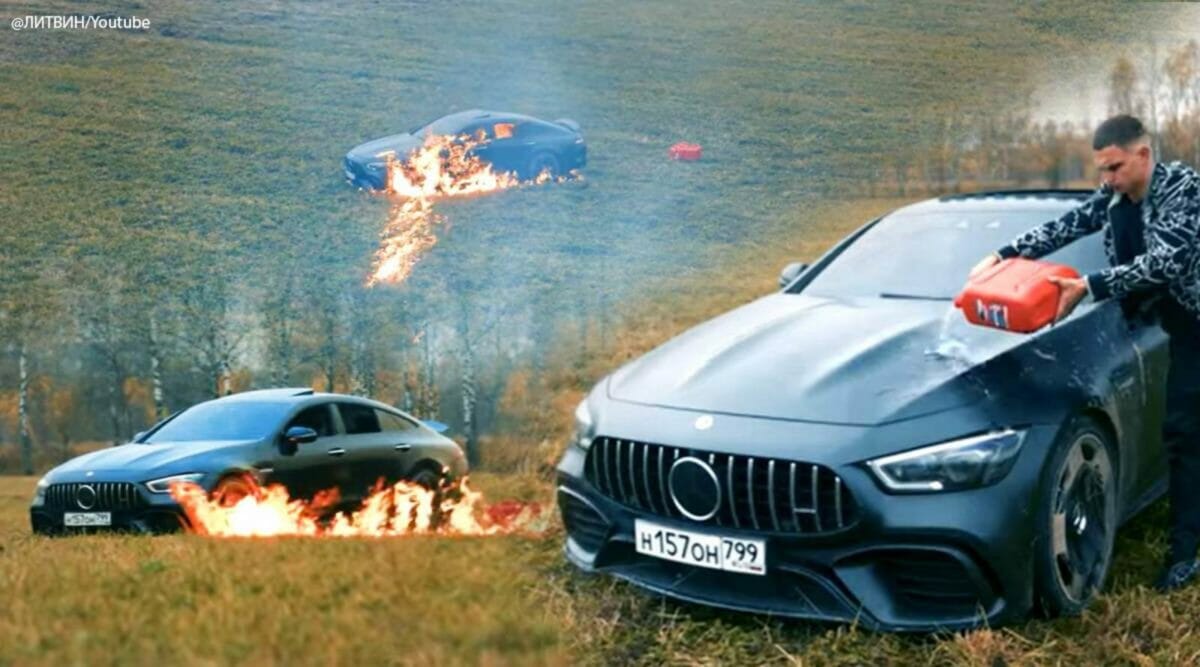 The shocking footage has been viewed more than 11 million times on YouTube, where Mikhail has nearly 5 million subscribers. Several people were left aghast by the bizarre and dangerous stunt. And this is what he had to say: “I have been thinking for a long time what to do with my Shark after the conflict with Mercedes. I think the idea is FIRE! That’s it… The end… I’m not a happy man.”

The Mercedes-AMG GT 63 S is powered by a 4.0-litre twin-turbo V8 that sends power to all four wheels. In the S trim, the car puts down a stratospheric 630 hp and 900 nm of torque. All that throbbing energy is routed through a nine-speed automatic and the AMG-tuned 4Matic all-wheel-drive system, which enables this Mercedes to bolt to 60 mph in 2.9 seconds. 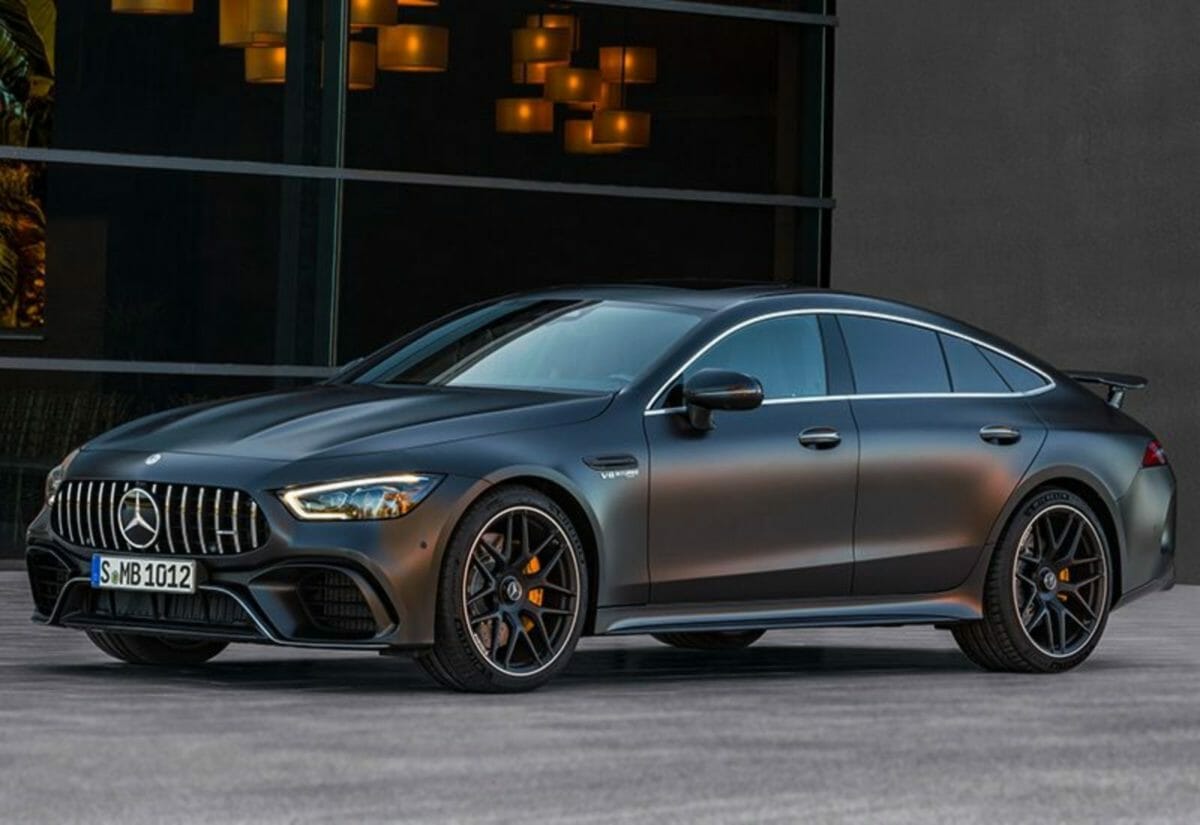