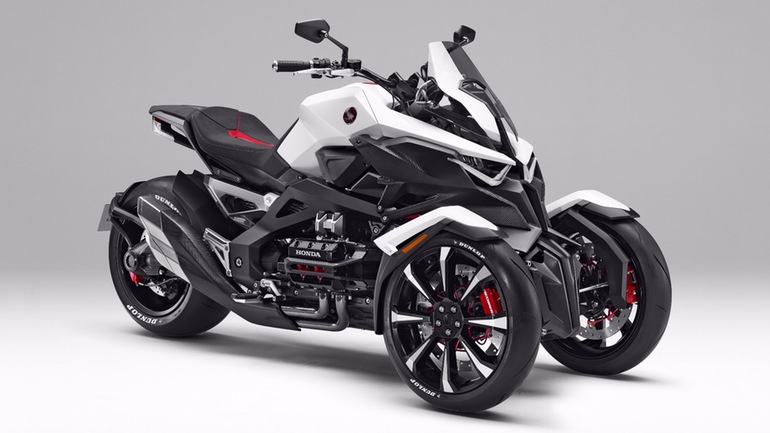 One of the best parts of riding a motorcycle is the feeling of exhilaration and thrill that you get when you round a corner fast, tucking your body into the inside of the turn and hunching forward for the best centre of gravity.

One of the best parts of driving a car is the feeling of safety and security that comes with having a metal cage all around you, with seatbelts, airbags, modern safety aids, and four wheels on all sides to keep you in contact with terra firma better.

But what if you want a bit of both?

You could get a trike, or a tricycle. Like the beautiful Can-Am Spyder. But trikes don’t lean, so there goes that one thing that motorcyclists treasure.

Or you could get this, the Honda NeoWing concept. If it ever makes it into production, that is. 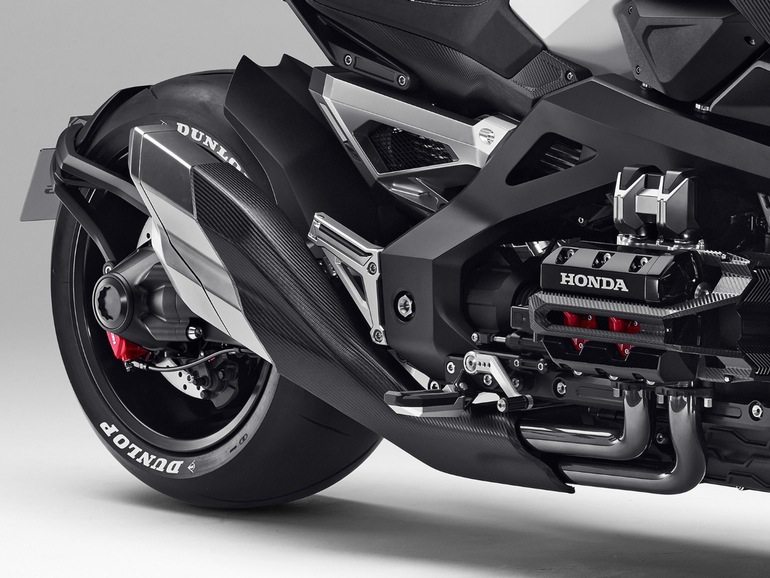 To be unveiled at the Tokyo Motor Show this month, Honda claims the NeoWing will offer the “cornering feel and sporty ride equivalent to a large-sized motorcycle”, while also having “excellent stability in low-speed ranges.” Powering it is a hybrid combination of a 4-cylinder petrol engine and a second electric motor. Honda has yet to reveal the exact nature of this hybrid setup, nor has it given out power, torque and performance figures for the NeoWing.

Like the Can-Am Spyder or Polaris Slingshot, it features two wheels up front and one in back — the opposite configuration of the Harley-Davidson Trike and TriGlide, which have a traditional motorcycle wheel in front and two drive wheels in the rear. Honda says the Neowing is intended to explore whether the company can combine higher-speed engagement (read: leaning) with low-speed stability. A rider can’t fall over at a stoplight on a Neowing, an important consideration when the current GoldWing weighs anywhere between 400 to 430 kilos. The leaning ability is provided by a proprietary linkage, and even though its method of operation isn’t specified, don’t be surprised if it’s largely the same as a Piaggio MP3 – a pioneer in the leaning three-wheel category. 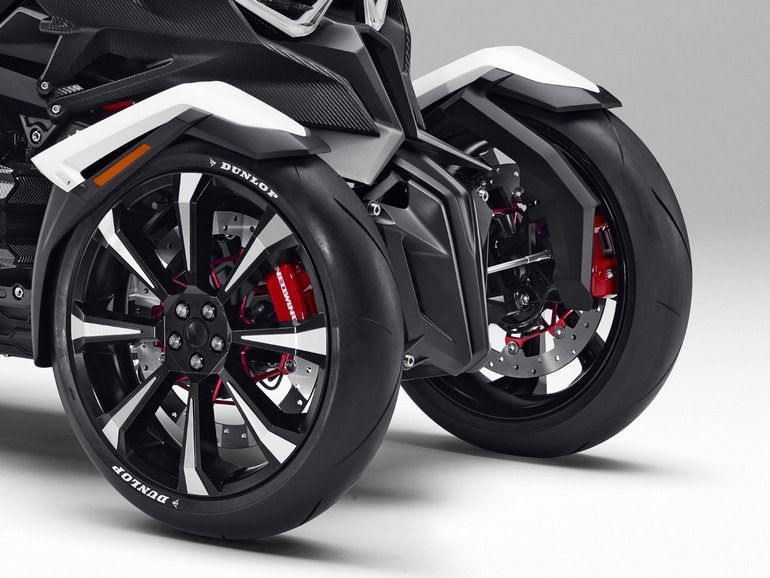 The NeoWing is a follow-up of sorts to the Project 2&4 concept that was unveiled at the Frankfurt motor show in September. The move might make good business sense. Three-wheeled motorcycles and motorcycle-like vehicles represent a growing segment of the powersports market. In fact, the three-wheeled Tri Glide represents the third most popular bike for Harley, the biggest motorcycle manufacturer in the U.S.