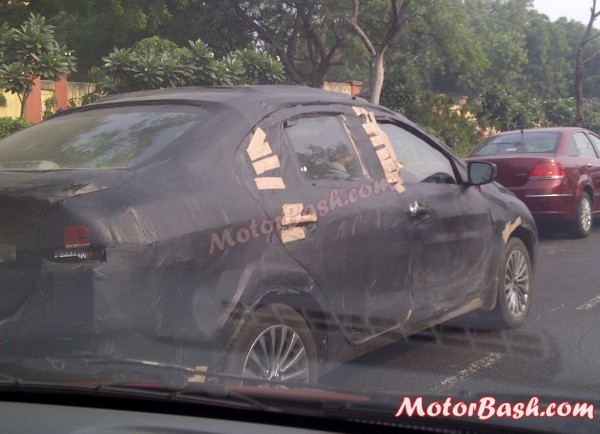 The good chaps at Motorbash are at it again! Our eagle eyed friends have once again come up with spy pics of the upcoming Maruti YL1 sedan. The YL1, which would be a SX4 replacement, could be unveiled at 2014 Indian Auto Expo.

The YL1 shares its platform with the Ertiga MPV. The car will also share the MPV’s 1.4 ltr K Series petrol and the 1.3 Ltr VGT Multijet turbo diesel engine. The upcoming Maruti SX4 replacement will boast of an exterior styling that will borrow plenty of design cues from the Suzuki Authentics concept. The Authentics made its public debut in Shanghai earlier this year. 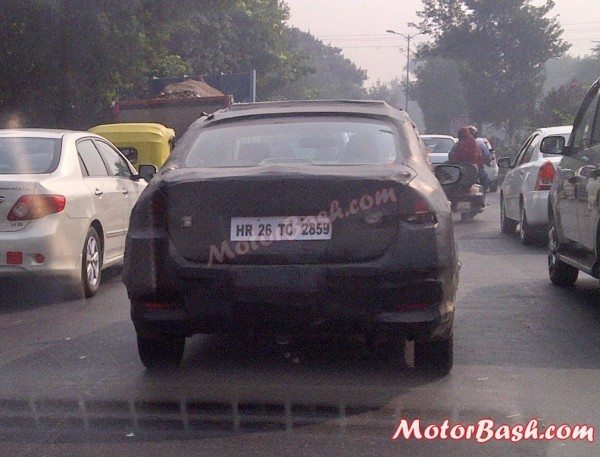 The YL1′s interiors would borrow plenty from the SX4 and the Ertiga and we expect the car to feature a similar steering wheel and aircon vents. The features list of the YL1 is likely to include 15 inch alloy wheels, keyless entry, push button start, puddle lamps and leather seats.

The car will be launched in L, V and Z trim levels. 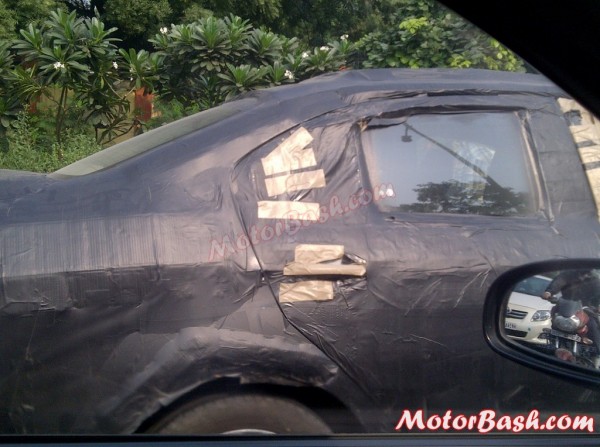 Some details of the upcoming YL1 sedan-

From the looks of it, the YL1 seems to be sufficiently potent to turn the fortunes of MSIL in upper C segment of Indian car market.