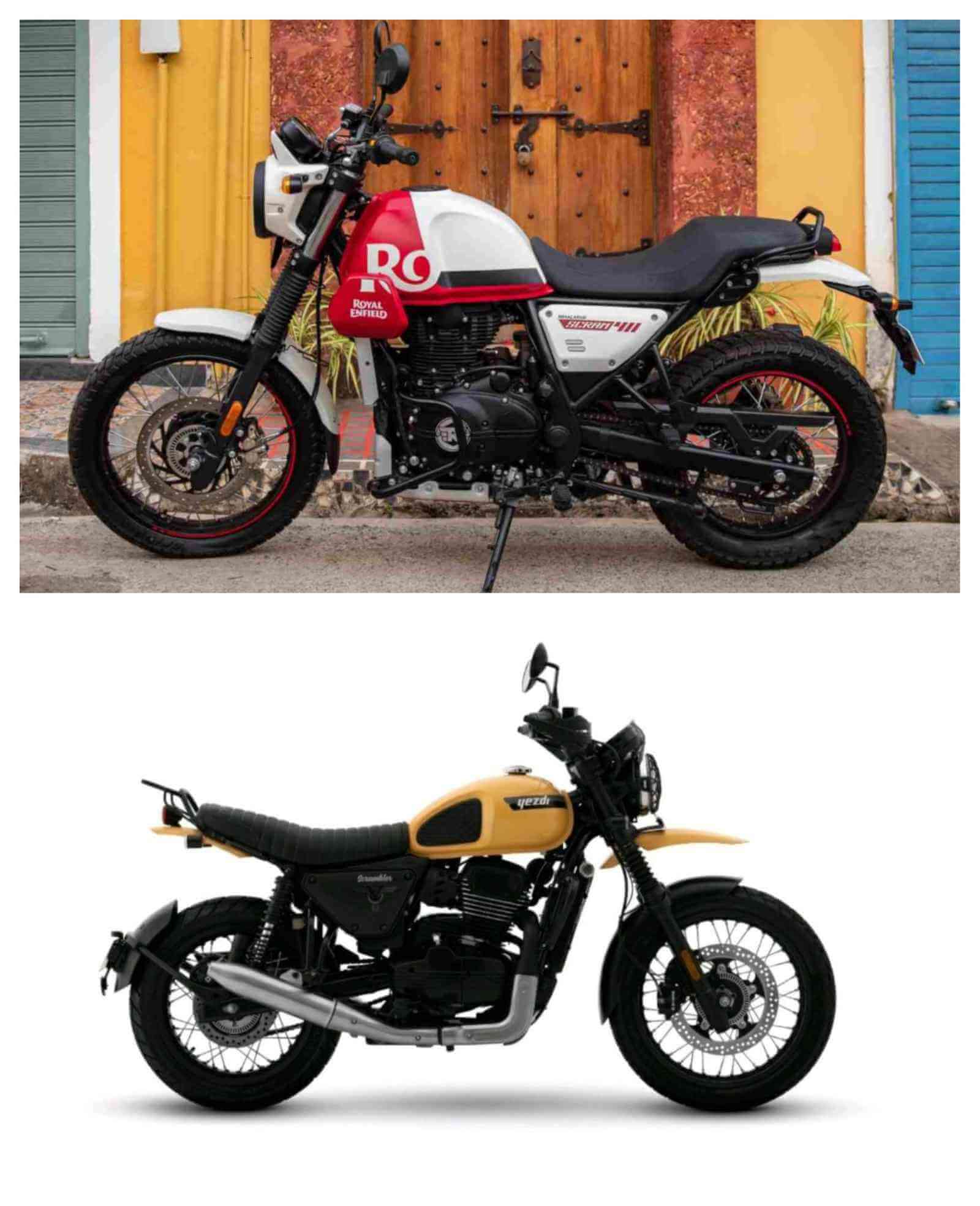 Royal Enfield finally launched their much-awaited Scram 411 at ₹2.03. It joins the Yezdi Scrambler in the race of being one of the most affordable Scramblers that you can buy today. Both the bikes are based on their more off-road-oriented ADV derivatives such as the Yezdi Adventure and the RE Himalayan. So how do the two Scramblers stack up in terms of specifications, features, and price? Let’s find out! 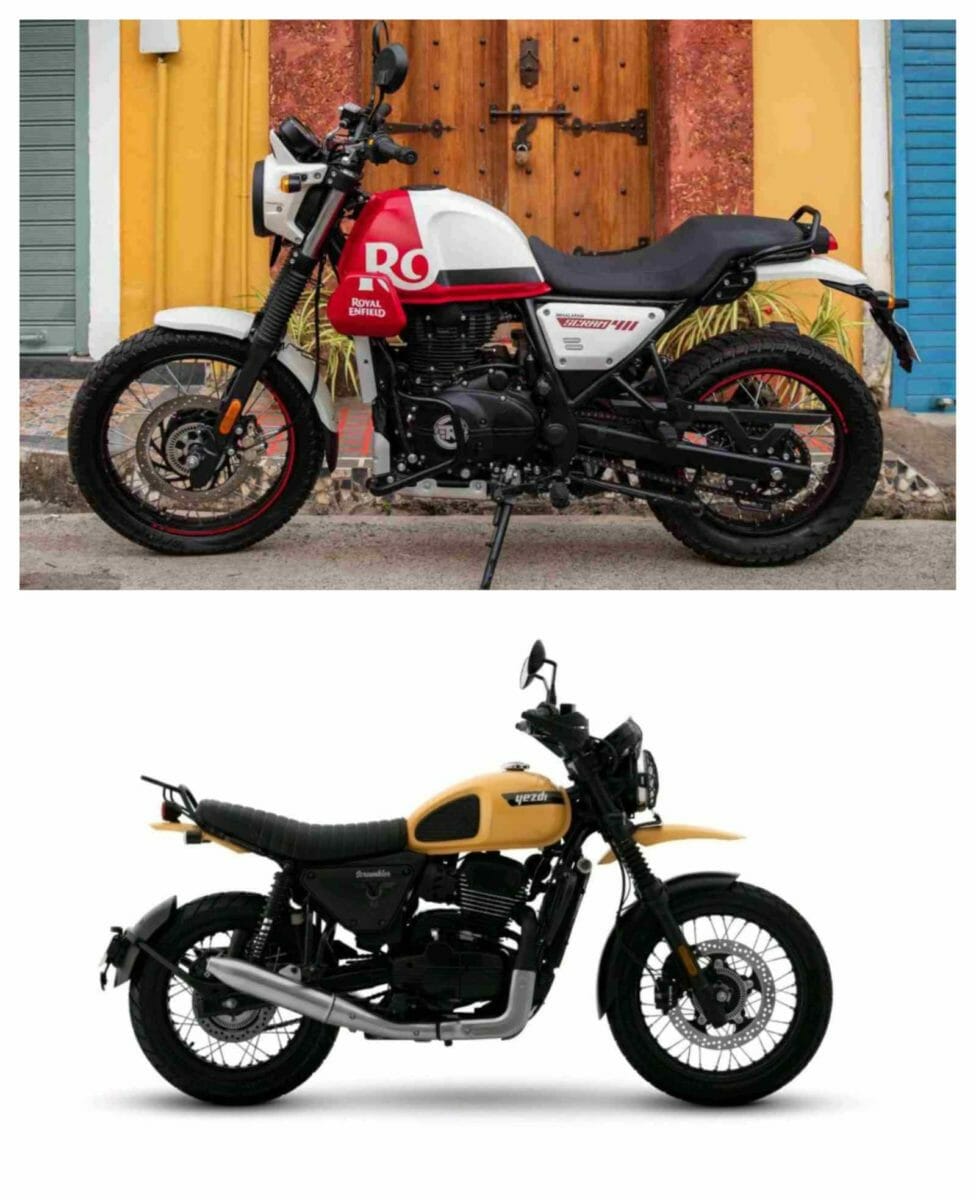 In terms of price, both the bikes have a very negligible difference when we compare the cheapest variants. Both of them have more expensive variants which offer different color schemes. 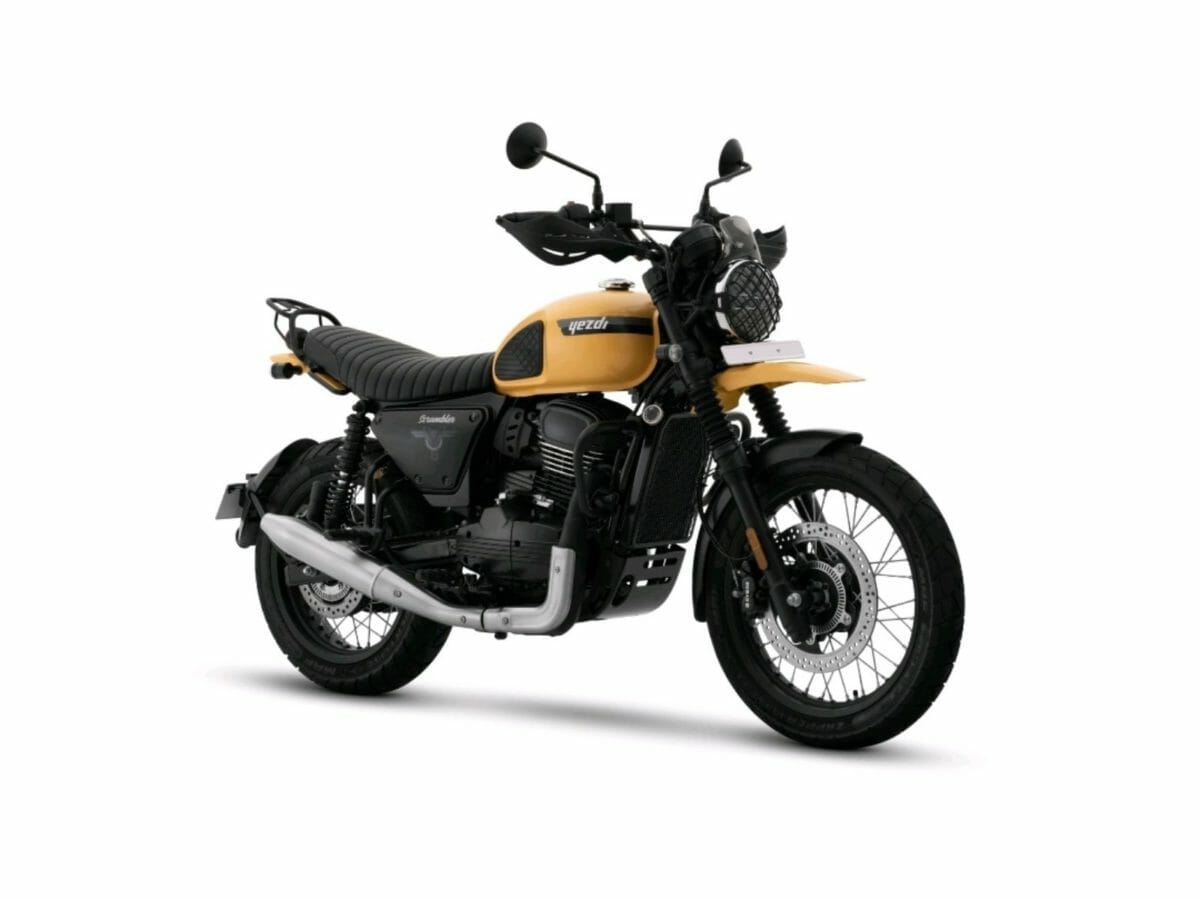 Both the bikes derive their engines from their ADV derivatives. The bigger engine of the Royal Enfield produces more torque. However, the Yezdi produces more power and it also gets a 6-speed transmission instead of a 5-speed unit found in the Scram 411. 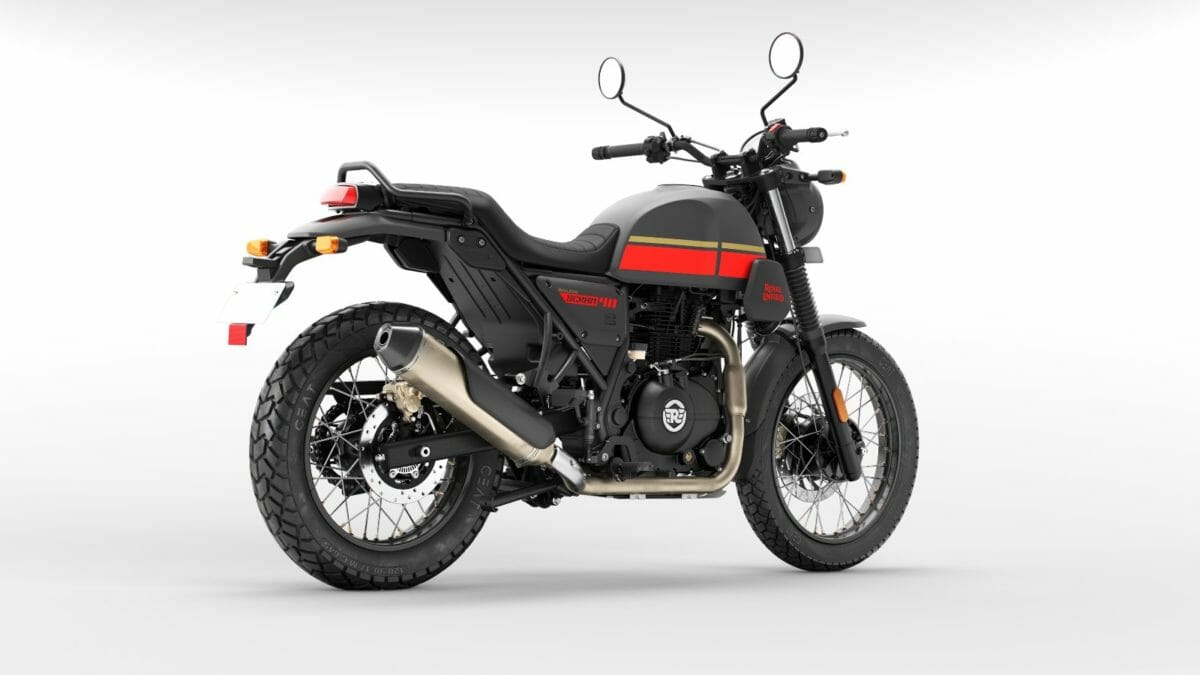 In terms of dimensions, the Yezdi Scrambler stands out. However, his difference is barely noticeable in the real world. 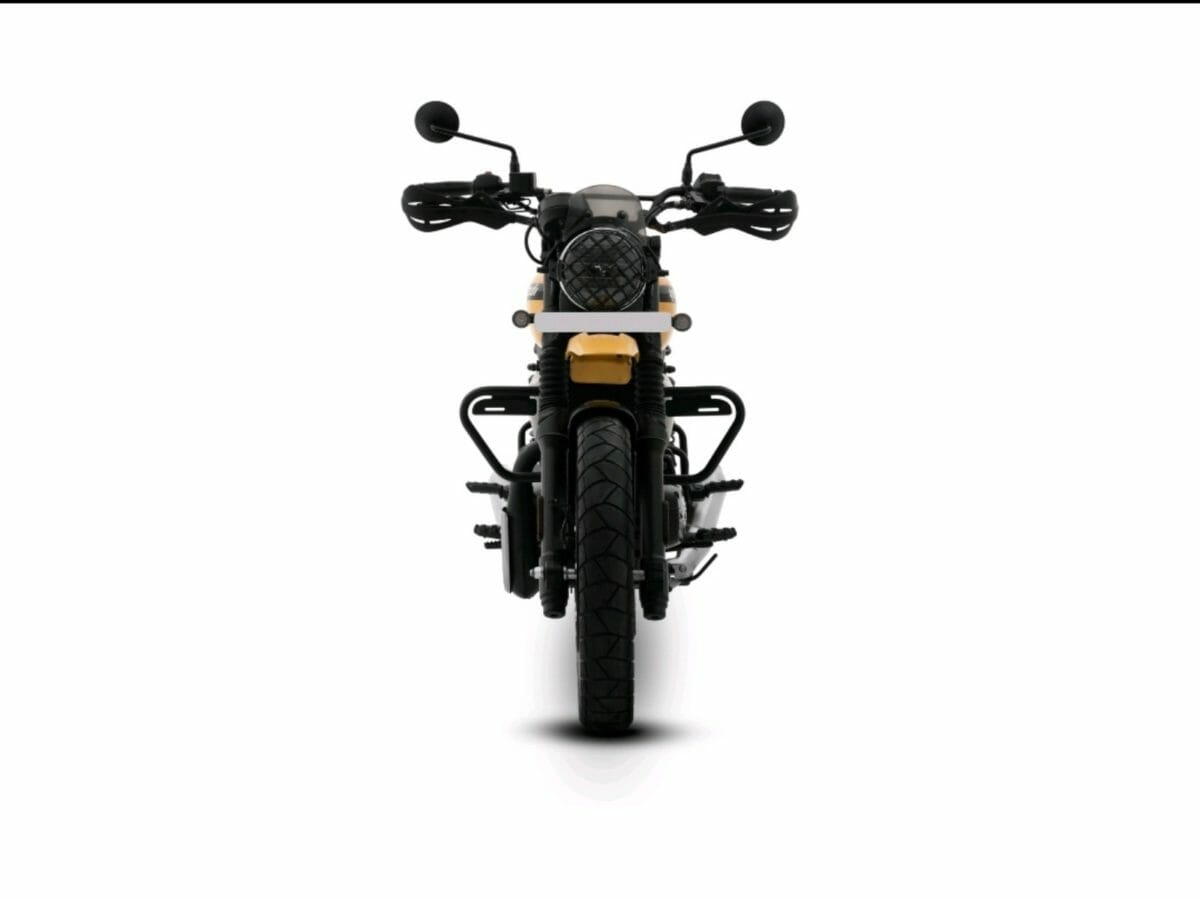 The Royal Enfield Scram 411 gets a Telescopic suspension at the front with 41 mm Forks and 190 mm travel at the rear. The front is fitted with Monoshock With Linkage and V180 mm Wheel Travel. The Yezdi Scrambler is equipped with Telescopic Fork & Coil spring at the front with 150mm front wheel travel and at the rear. It gets Mono shock absorbers with coil spring & linkage mechanism with 130mm rear-wheel travel. 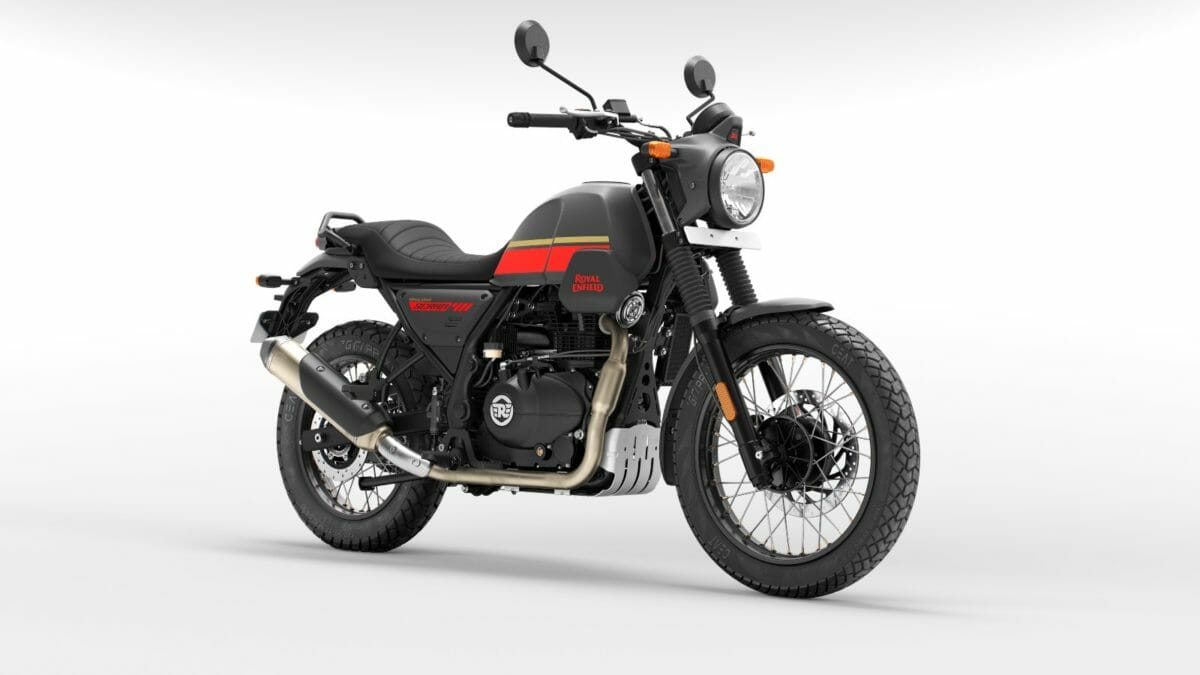 The Yezdi Scrambler gets a 20mm larger front disc when compared with the Scram 411. Both the bikes come equipped with dual-channel ABS. 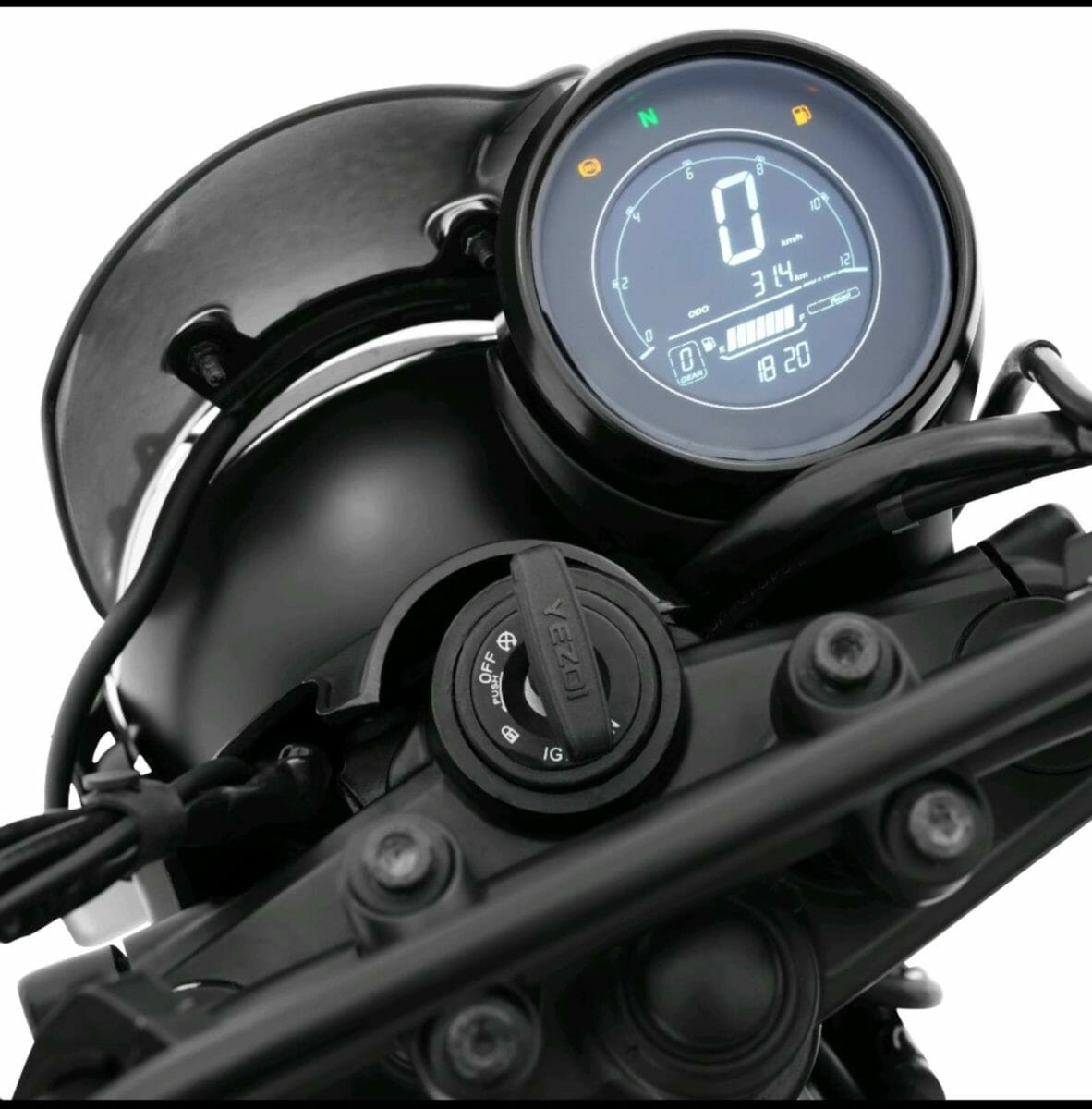 The Yezdi Scrambler is equipped with features such as Dual-channel ABS with 3 selectable modes; Road, Off-road, and Rain. In terms of features, the bike offers LED lights, handlebar-mounted USB and Type-C charging points, and an LCD digital console. 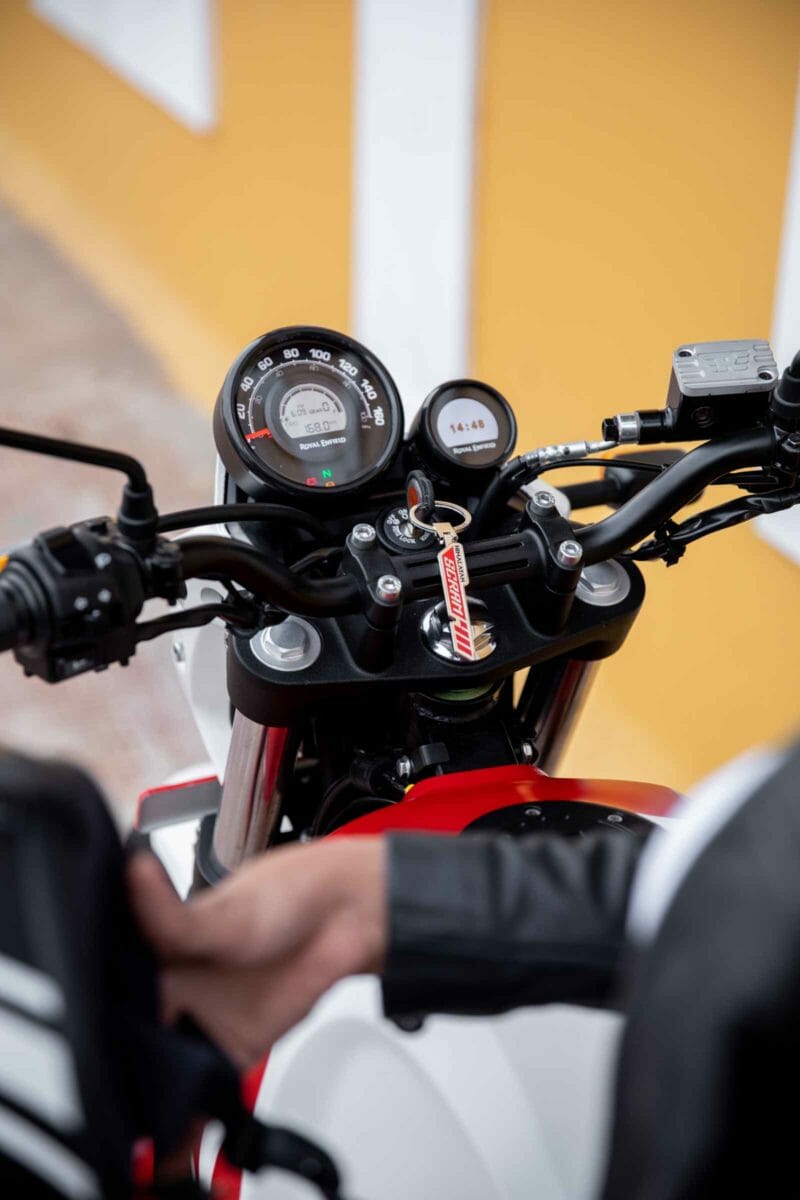 The Scram 411 gets a digital instrument cluster that is similar to the one seen on the Meteor 350 with a few changes here and there. However, the cluster misses out on a tachometer. The Royal Enfield Tripper Navigation screen is an optional extra.